Welcome to the ** Inaugural Railway Campaign** thread. Sorry it is a week late.

Since this is the inaugural campaign, the rules are pretty flexible - anything railroad related:

A medal/badge/herald will be made for those who complete this campaign. If you have an idea for it, please submit your idea.

If you are interested, this is the link to the original thread: Railroad Campaign (s), Anyone?

I’m in and here is my entry. 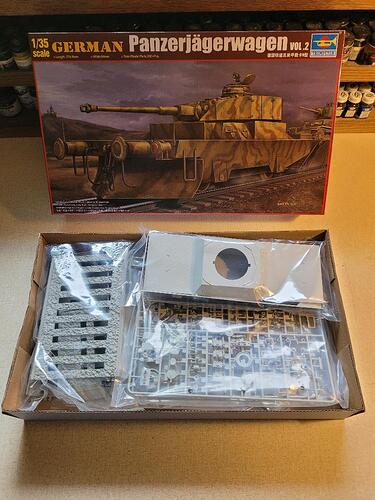 I’ll be detailing an HO GP38-2 loco starting with a second-hand undecorated Athearn shell and chassis. There’s a lot to do, and I’ve got some work obstacles coming up, so I might not finish in time - but I’ll give it the old college try!

Hi Tom - work obstacles coming up, so I might not finish in time
Fully understood. What’s the saying, the only chance you miss is the one not taken? I failed to complete three campaigns last year for same reason. This is the third I’ve joined this year, and I will come back to the site with an empty build bench - or on it!

Thanks for setting this up for us. I’ve missed completion dates many times but sincerely plan to complete this one.

The project I plan to finish will be a conversion to a rail shunting vehicle similar to Locotractors and Trackmobiles. 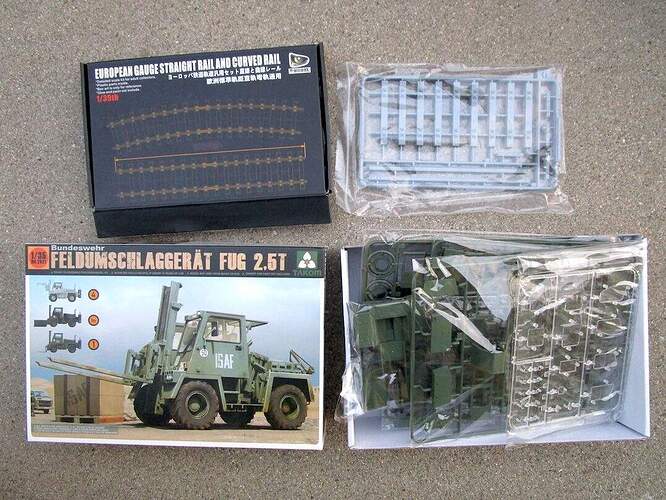 Got a good start this weekend. 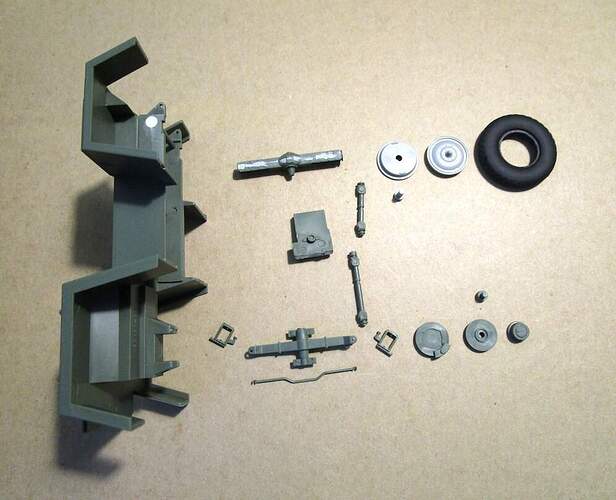 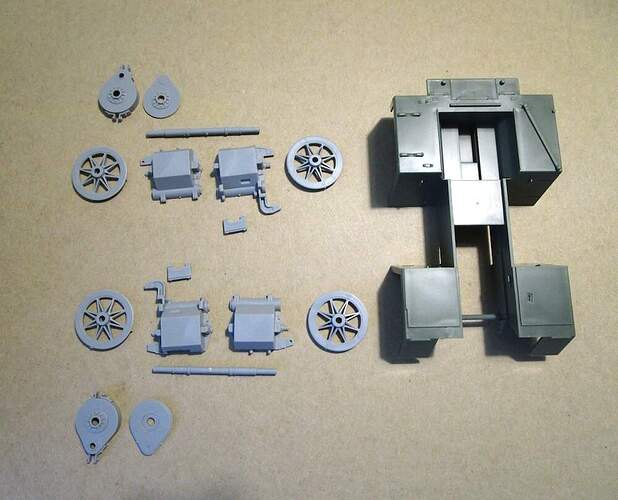 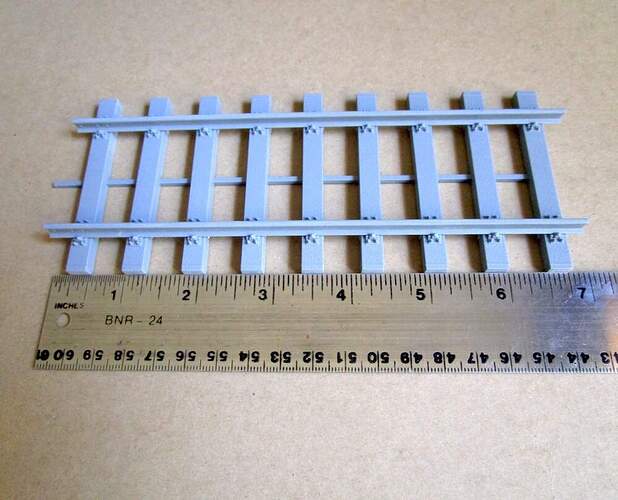 Friends, I tried to edit the campaign to fix my original mistakes. Probably because the protocol does not accept a past date, it shows the campaign starts next month,

** Inaugural Railway Campaign** is indeed active since May 15. For the sake of simplicity, shall we accept the later end date? I vote yes.

I’m not a railway modeller per se, but having, more-or-less, finished my first ever ‘braille’ scale diorama (and first ever group build) I’ve been wanting to have a second attempt at building a small diorama with an A4 footprint.

I have been trying to work out one of two scenarios, 1) a small section of British Dockyard incorporating rail track, or a countryside level crossing scene, both in 1/72nd.

Initially the track is secondary to the build, it’s more about the railway infrastructure and adjacent scenery for me, but would that be enough to allow me to enter it under this campaign/group build or should I just keep it as a second build in the existing campaign I’m in?

Fits right in. I’d like to see a dockside scene.

Cool to see this built in 1/35. These model get large. 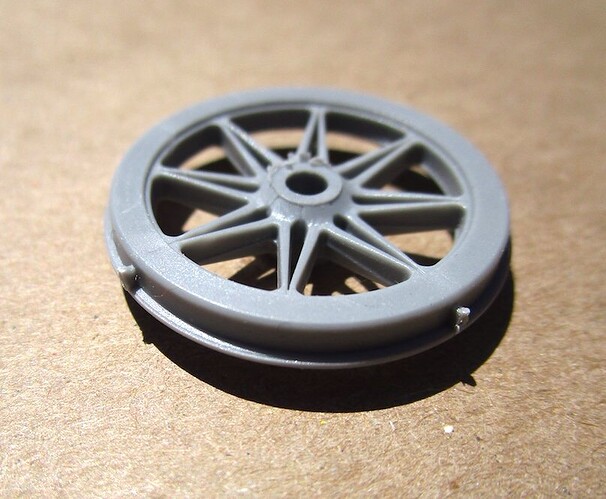 Those sprue attachments are in an awkward position,

, glad it’s not me having to remove them,

Thanks for the thumbs-up on showing my build in here, I’m going to sketch-out my thoughts for both the ‘docks’ and the ‘level crossing’ scene, both will be set during WW2, and I have started to obtain some bits and bobs, got hold of an Dapol ‘Pug’ for the ‘dock’, not built a locomotive before,

It seems like there would be a market, probably small for sure, for someone like aber to make metal wheels for these kits.

I would totally buy those sets if they made them. Make them like those polished steel wheels in HO 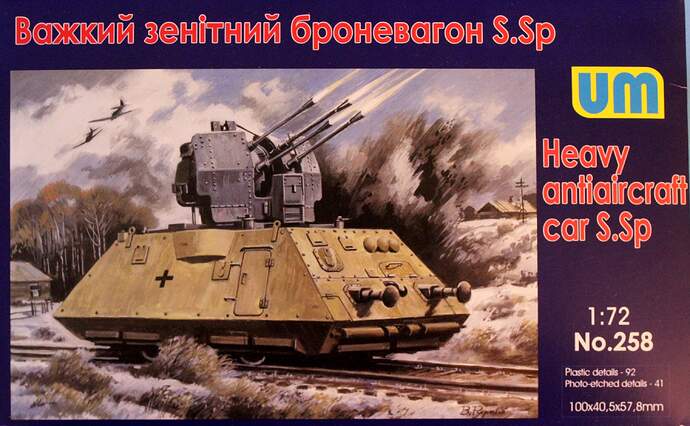 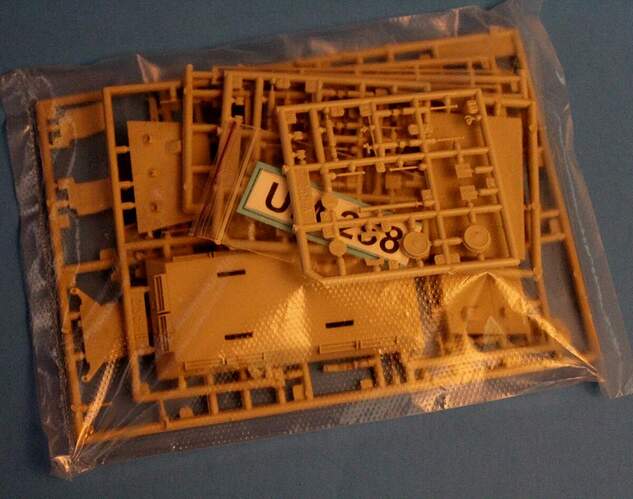 Tonight the movie The Great Escape was on. It has several scenes with German steam locos and plenty of rolling stock, in glorious Technicolor. Also good views of the color of track.