A few of my builds from Iran/Iraq War. These are all Iranian. 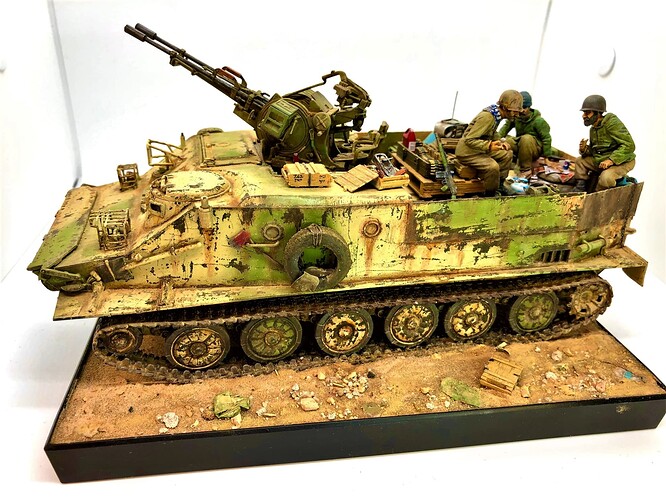 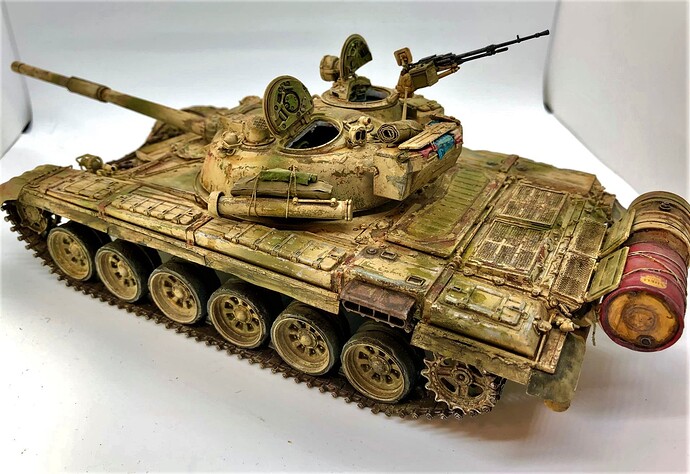 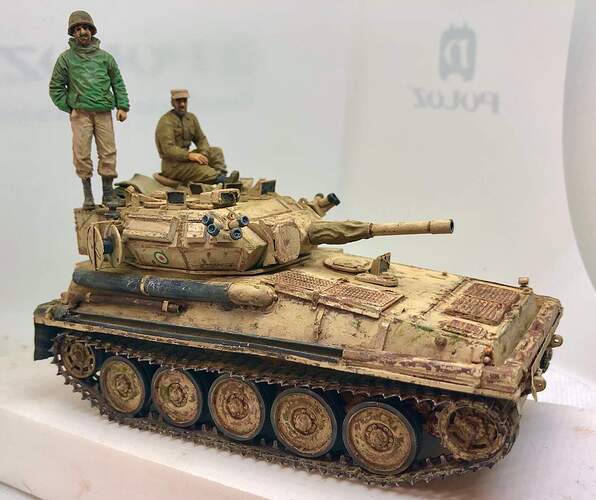 Very nice indeed; reminds me of the captured Chieftain and M36 I espied in An Nasiriya (Iraq|); I took a few pics but later fluffed the film changes so all images gone.

@OpRN great work! What did you use for the figures? I haven’t seen many Iranian figures and have always wanted to do a few builds from the iran/Iraq war too!

Robert this is master level work to me at least. Incredible finish and weathering. Figures look great too!

Wow those are some superbly weathered and battered Iranian vehicles! The colors you’ve used are excellent- particularly the greens among the sand and the plethora of items in brighter colors like the fuel drum and the various bits and bobs in the back of the BTR-50.

Excellent builds! Any chance to see some close ups of the hafla on the deck of the BTR? Looks like a lot going on there…

Robert I agree with Richard this really is Master level work. Between these pieces and your M-106 you have displayed superior modeling skills and talent. I especially like the BTR-50. The paint fading and scratching are particularly impressive. Your attention to detail is remarkable. Outstanding models! 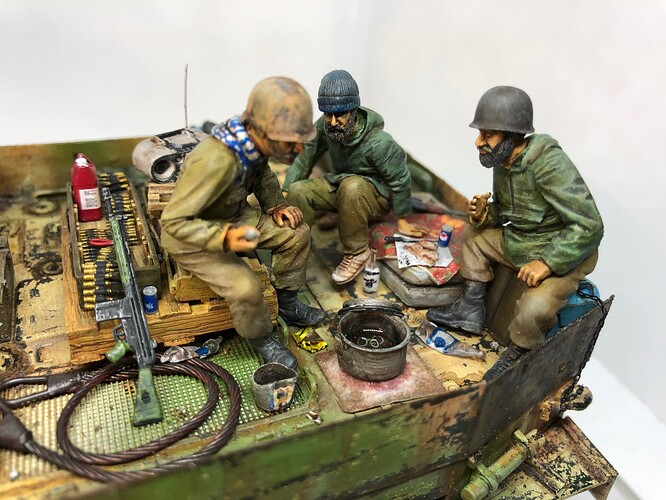 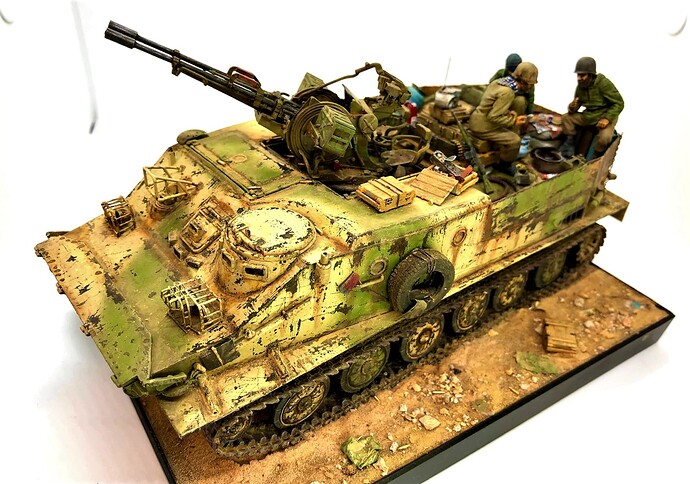 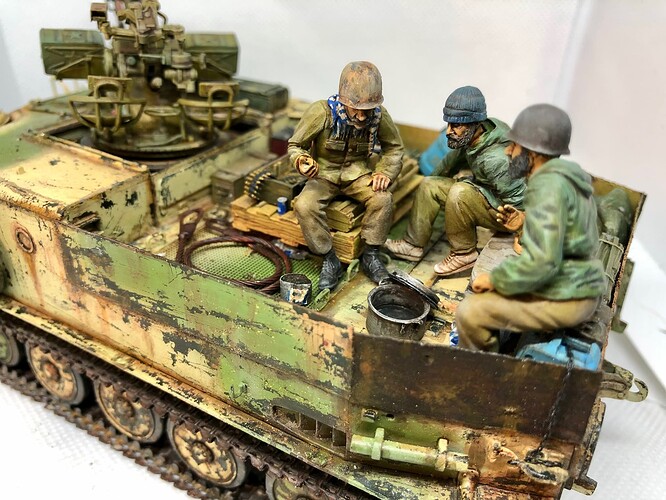 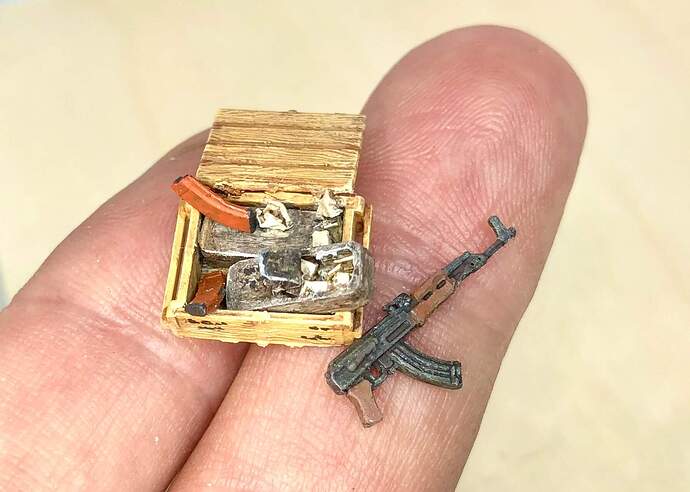 These all look awesome. Great job.

The figures are from Warriors, the discontinued Iranian Jeep Crew set. Wish they would re-release them. There are almost no iranian figures out there, but are not difficult to kit bash. The uniforms are a mixture of British, American, Russian, and lots of civilian clothing. 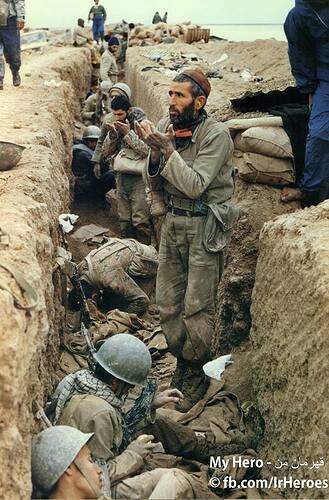 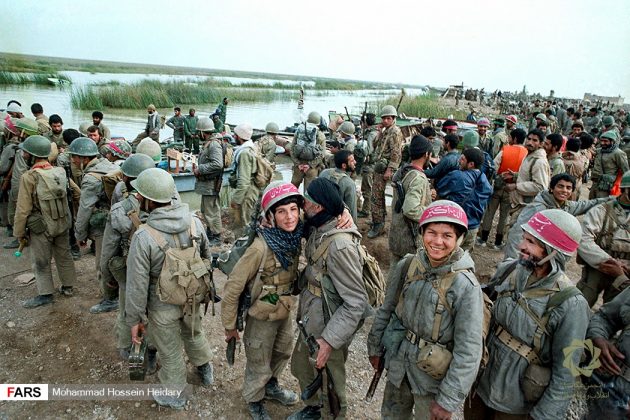 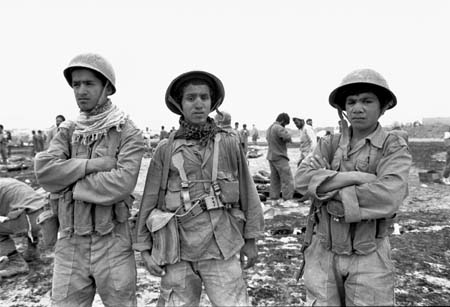 Incredible detail all over these models; fantastic. That certainly is a forgotten conflict at least in the west. And almost nothing in the modeling world.

@OpRN, Man you sure captured the look of that war! Both the figures and the vehicles look spot on compared to photos of the real thing.

Haven’t heard of any more Iranian or Iraqi figs from this period being released of late. Some more would sure be nice.

Yes, I agree. Personally, I rarely build anything WWII, especially German. I am fascinated by modern conflicts all over the world. However, my interests are not shared in the modeling world as I don’t win competitions often. 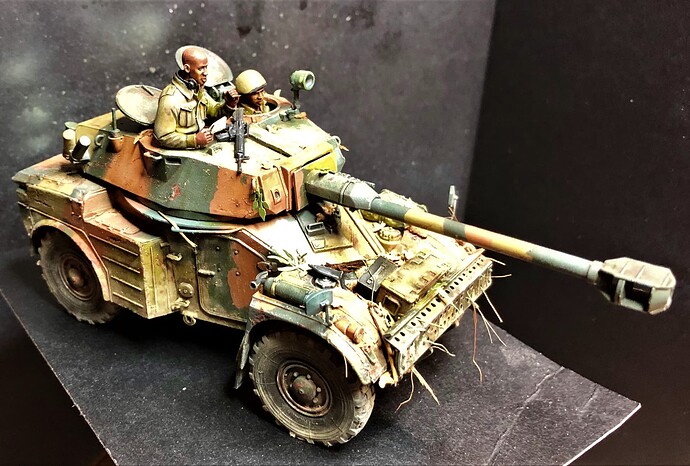 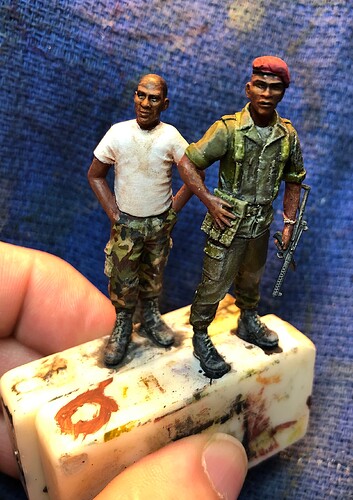 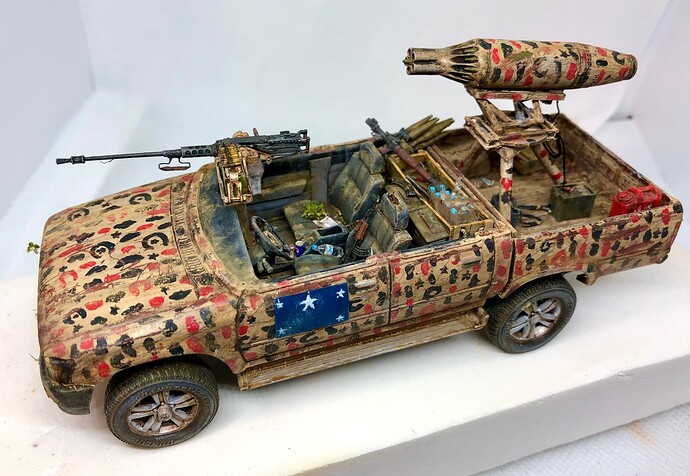 You really have the knack of getting that grungy, grimy, worn effect without really beating up the subject.

I am fascinated by modern conflicts all over the world. However, my interests are not shared in the modeling world as I don’t win competitions often.

I suppose that depends upon the contest. Many do have armor divided into WWII and post WWII categories, as well as wheeled and tracked.
That aside, I’m sure interested in seeing more of your work here. I’ll bet more folks here are as well.

Robert, cracking models! I don’t compete either but I do exhibit and greatly enjoy the chat and interest that normally ensues; in fact, I suspect that this aspect may be more enjoyable than receiving any prize! (IMHO of course, before I get slaughtered).

Keep up the good work.

my interests are not shared in the modeling world as I don’t win competitions often.

Haters can go kick rocks Robert, I think your stuff is brilliantly executed and refreshingly original.

Out of curiosity, those African chaps in the Panhard, are those the Hornet heads?

I too am very interested in modern conflicts and have gotten away from WW 2 a little myself. With all the modern armor coming out it’s easy to put ww2 aside for a while I find. I think the club I’m in has a “1946- present” or post 1945 category if I’m not mistaken. It’s been a few years since we had our show due to Covid so I’m not sure. I have no doubt your models would win a medal of some sort at the shows I attend. Outstanding work!