I finally had the chance to finish him. Built OOB. Original kit decals. 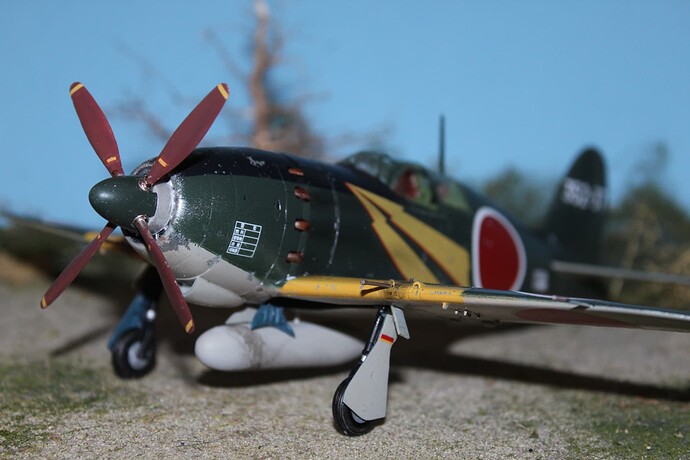 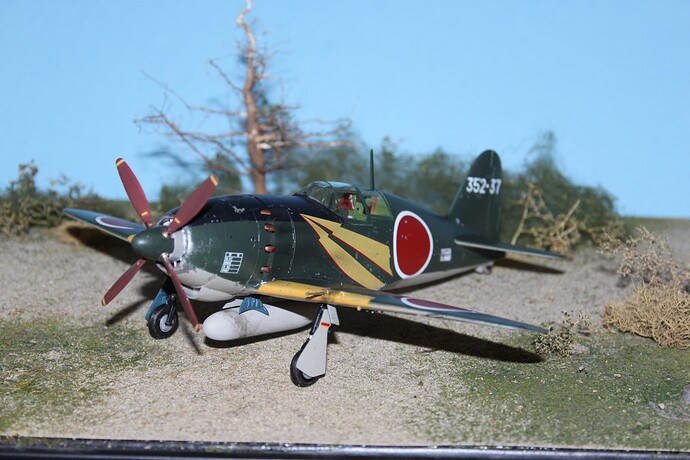 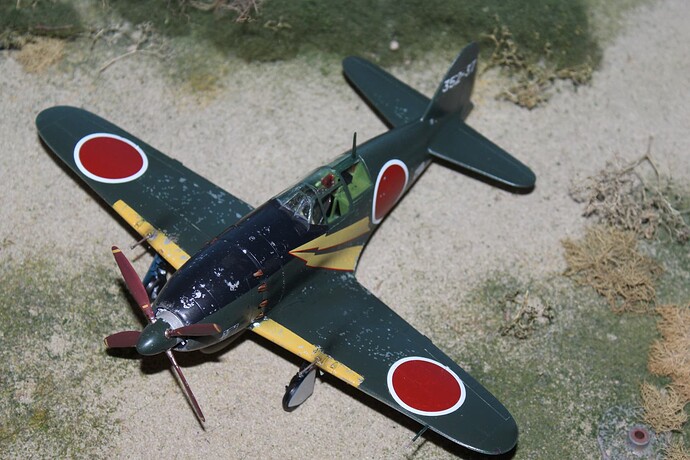 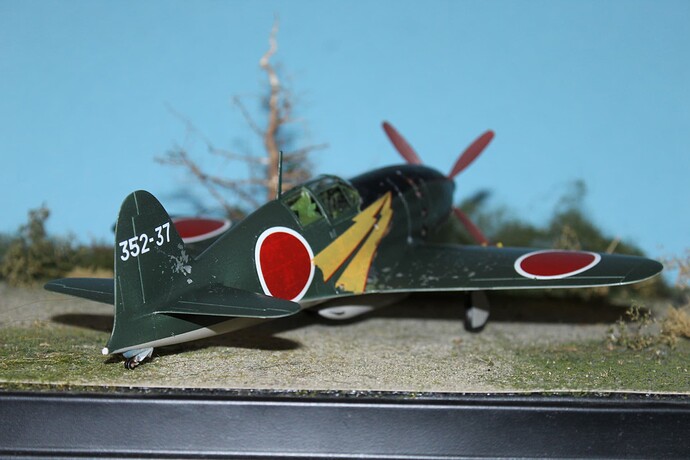 Congrats on finishing it Fred, and its been done very nicely with some lovely weathering a well.

Thank you Richard. You will be seeing more hinomaru from me.

That looks like the Tillamook Oscar from Gila Bend. It and I have history, although just a blip. I saw what there was of it when it was in a shipping crate at Champlin Fighter Museum c.1992. The crate was little more than the size of a kayak.

Incredible - found it and the P-40C doing flybys at an airshow: P-40C Tomahawk vs Ki-43 Oscar - YouTube

Original Tamiya decals. They took forever to come off the sheet and were like cardboard, but settled down nicely with Micro Sol and Set. Amazing how fine the recessed detail is from 1973.

Weathering? Hybrid. I did not find any Jacks with significant exhaust - even those being flight tested by the Allies - so I kept it light. I found at least two with the lightning bolts on them. One was fairly uniform and one had large scabs of paint torn from the fuselage. My searches found about 50/50 Jacks without large areas of paint removed, so I decided to keep it looking like it was a recent delivery that showed wear from crew climbing around it. Had to show oil dripping onto drop tank, though. Forgot to dust up the tires.

Built this model way back when it came out. Scale Aircraft Modeler or one of those mags featured it and the modeler heavily picked the panel lines with silver for wear, so I did too. I’d never heard of weathering before that.

Looking at the model, I spy that I forgot to darken the inside of the oil cooler and a few other fiddly things.

Nice one Fred and the setting looks excellent

Hi Joe, thank you. The flaked paint was achieved with salt weathering. It turned out well but not as well as past attempts. I believe that is due to the paint brand I used. Although it did not obscure detail, it seemed a micro thicker than the salt could tolerate. You look closely, you may spot a pimple or two on the airframe - salt trapped under the paint. The paint dries so hard that I must pick it out with an Xacto. 90% of chips are salt, the rest applied by hairy stick.

Man you put some serious amount of hours into this. The effects and that base… I’ll shake your with respect when we ever meet.