I’ve got a question to ask everyone to see if amongst us we can come up with an answer. I’ve got a Hobbyboss Jackal 2 coming form Santa (actually here but being withheld until the day) and I intend on completing it as a Jackal as used by Light Dragoons (LD) in Mali earlier this year.
There are some differences that will need to be scratched to adjust the superstructure, namely the countermeasures platform on the Mali vehicles is bigger and the rear supports are vertical as opposed to at an angle as modeled by Hobbyboss from the vehicles used in Afghanistan, also the front roll bar is higher.
My question is does anyone have an idea of what the items circled in red are? As you can see there are two of them connected by a tube which stretches the width and length of the vehicle load bed at the rear. My thoughts at the moment are that they look like air filters for the engine but they are in an unusual position. That being said given that the driver. commander and gunner are perched on top of the engine their positioning could be explained as I imagine the hull is pretty full beneath the crew compartment. There could be a tube not visible on the forward tube feeding the intake manifold.

My second guess is countermeasures based on where they are positioned, but if so they are unlike anything I have used in the past or heard of but if they are then that’s all that needs saying really. It’s not really important that I know what they are to model them but I’m curios so over to you, any and all ideas considered. 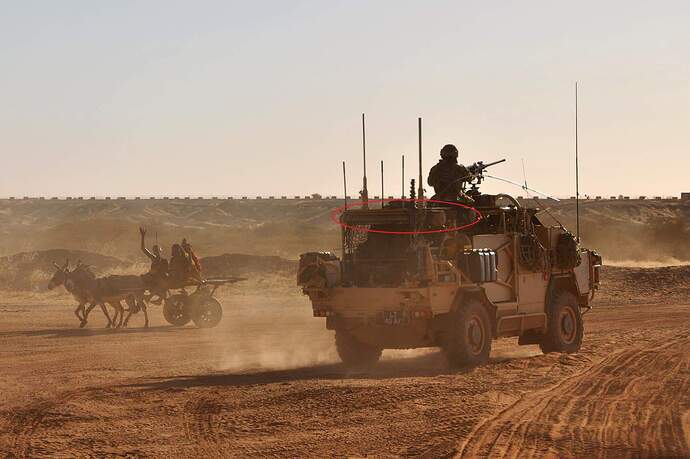 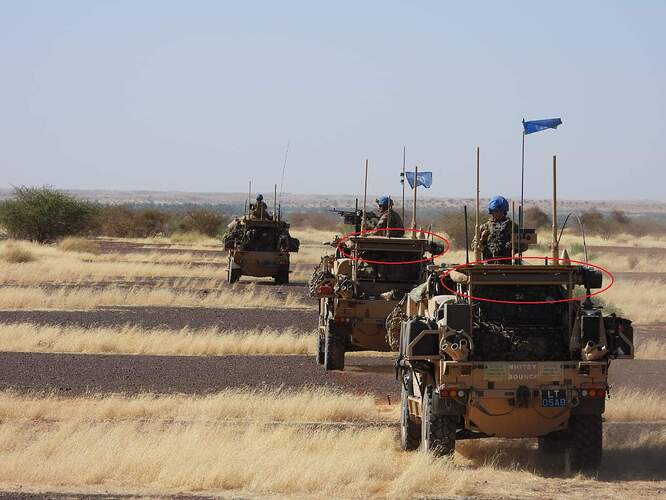 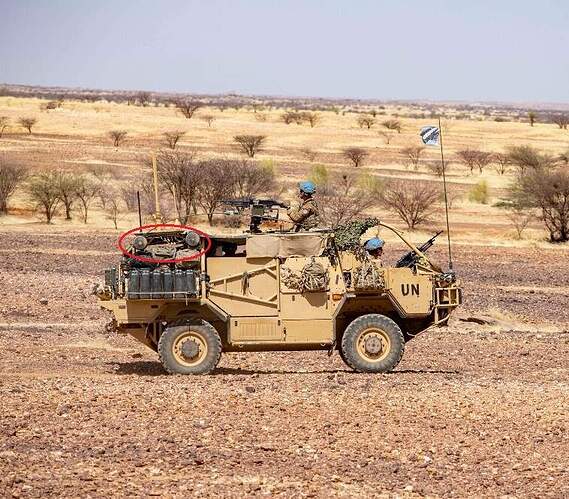 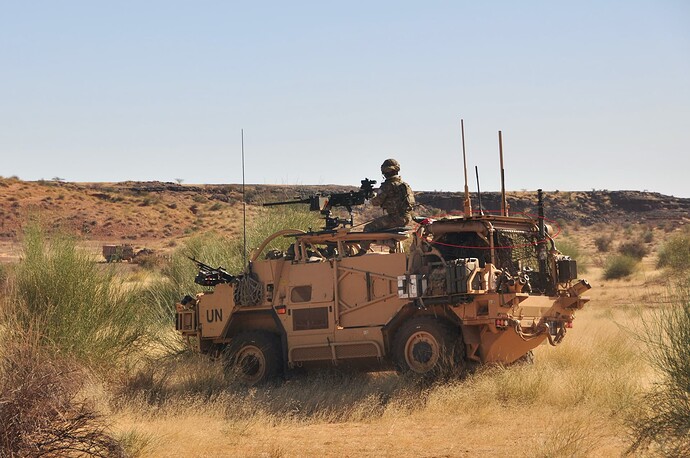 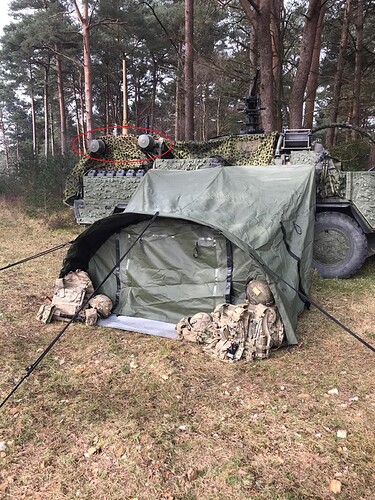 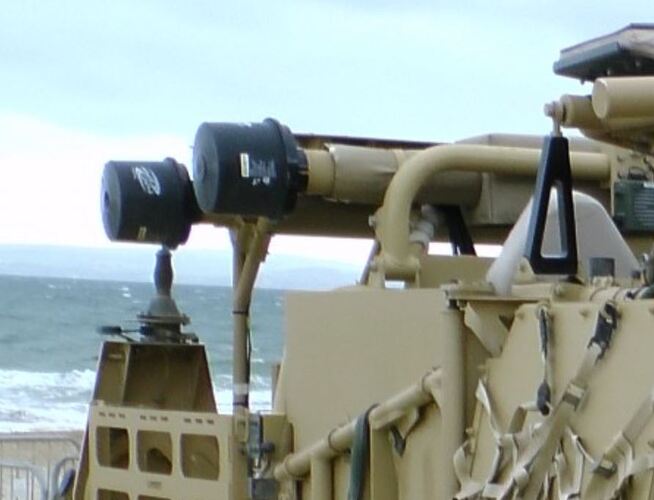 Oh that’s way better Frenchy, haven’t seen that pic, unusual positioning but I suppose it keeps them out of the dust. Jackal 2A which is an upgrade has a larger engine (6.7L) so maybe that’s the reason for more air intakes. I’ve even enlisted the help of my son who is a vehicle mechanic in the Army to see if he can find out. He works on A vehicles (armoured) mainly as opposed to B (wheeled). 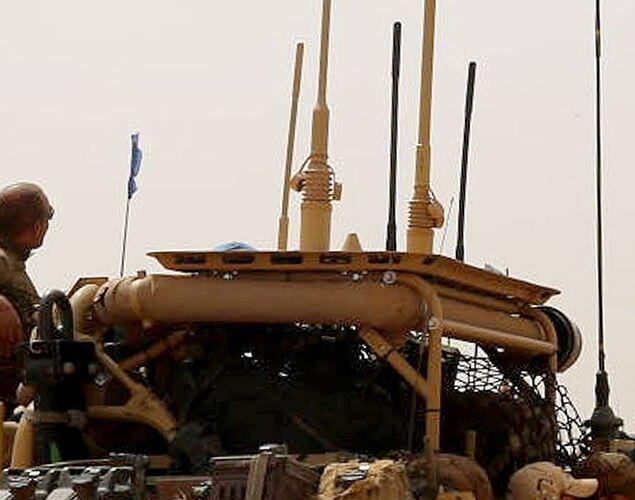 Similar filters are also fitted to the 6x6 variant as well :

Looks like that’s the answer, there must be a downpipe leading from the square section into the engine compartment. Hadn’t seen the picture of the Coyote with it fitted. Thank you very much.

Like the new crew tent.
The other possiblity is cool air for ECM, upgrade, as encased in a box, my son said the kit was over heating when Very very hot conditions.

Yeah there were a few pics of the new bivvy on the ATDU twitter page. It could be ECM cooling but I don’t know why they would filter it as the boxes are sealed but you never know.

A couple more pics, you just know it will fight to not go back in that bag properly again. 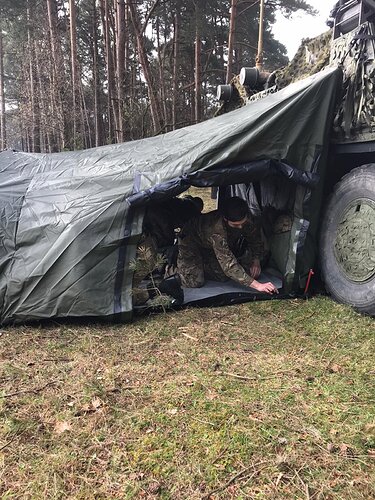 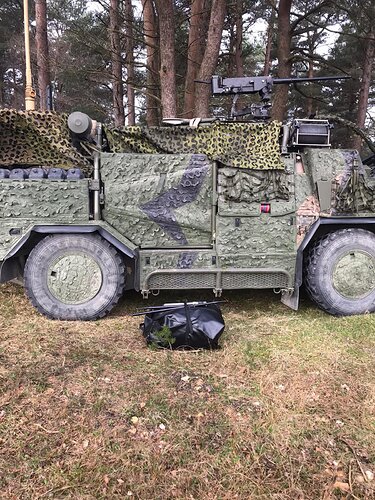 Water proof bag, for a waterproof tent, love it🤭

I’ll ve watching this for sure

Water proof bag, for a waterproof tent, love it🤭

That’s so when it fills up with water, it soaks everything completely!

On a side note, the Jackal 1 kit box art appears to show the air duct… (not included in the box of course) 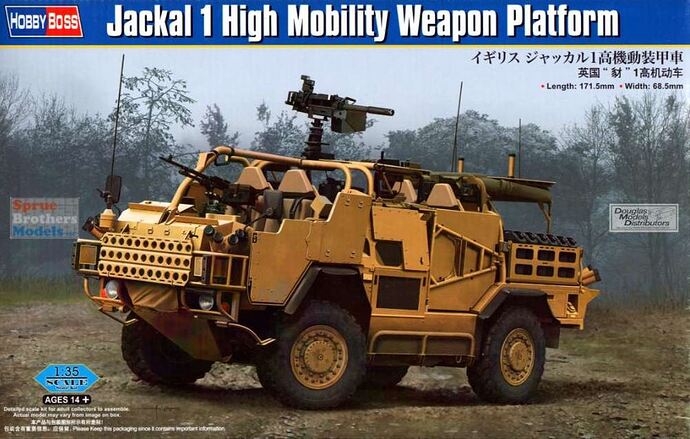 In most cases, this area is hidden by various stowage…

One of the two filter covers is MIA…

Must admit that I did notice that on the box art, it shouldn’t be hard to scratch really but pics of the ducting at the rear is fairly hard to come by. I found these, I would imagine the ducting is the triangular sections leading behind the loadbed. 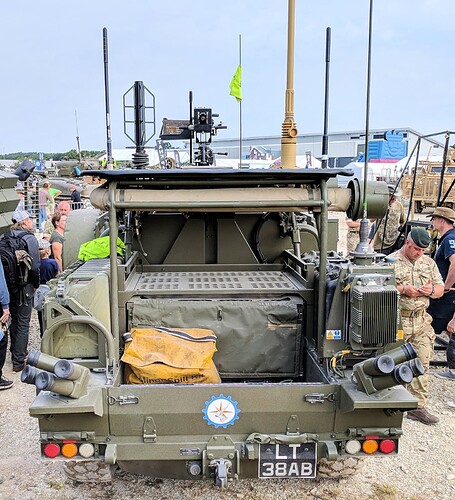 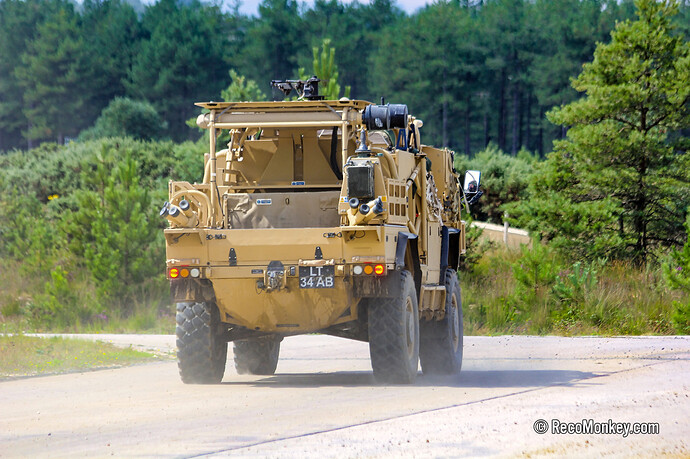 It will also need the platform building over what I’m assuming is the vehicle/radio batteries.

There is a review of the Hobbyboss Jackal 2 on The Modeling News and guess what…it’s a 1.

Yours are better than mine 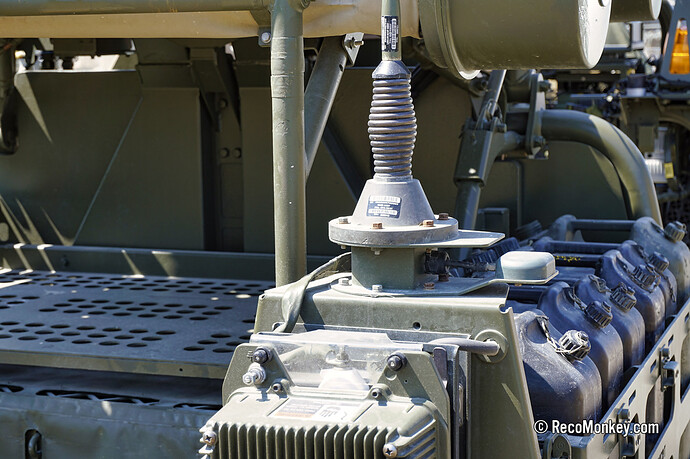 Yeah saw that one on RecoMonkey as well. There are some good pics on there and not just of Jackals.

The black plastic items at the end of the ducts are Donaldson TopSpin Pre-cleaners. You’ll find some dimensions here : https://servicesupplyamerica.com/products/topspin-pre-cleaner

What you mean I can’t just swag it!! It’s just like my Dyson.

Anyone notice what looks like a rear folding stowage rack in the picture below ?

Or is it just me seeing things…