Just Joined and Want to Introduce Myself

My forum name is Builder 2010. I’m a long-time modeler from Louisville, KY, USA, but previously lived in Bucks County, Pennsylvania, and in Germany from 1999 to 2002. I’ve been modeling since my 8th birthday in 1953. To save you the trouble for doing the math, that makes me 75 going on 76. I haven’t stopped learning or increasing my abilities. To prove the point, I just got into resin 3D printing in June 2019, and have produced some startling modeling with it. Here’s an example:

It’s my version of Edward Hopper’s Masterpiece, “House by the Railroad”. It was a bear to draw. It has over 150 printed parts in it including a full interior with actual replicas of furnishing I have in my house. Hopefully it will become an article in Railroad Model Craftsman magazine. It’s also in 1:48 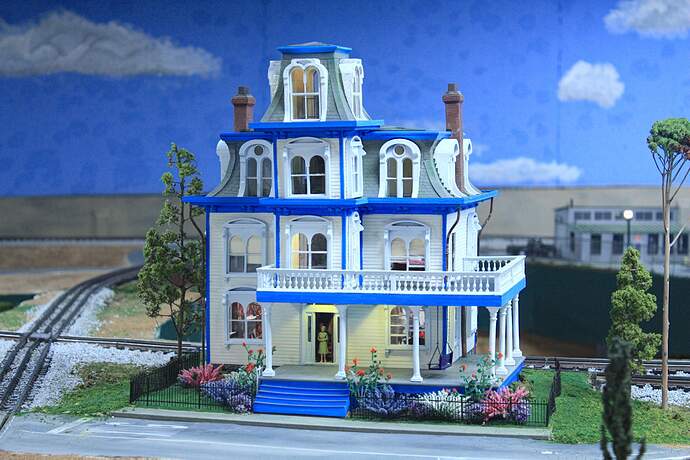 My plastic kits run the gamut as long as they fly, roll, float or crawl. I like them challenging with high parts count, interesting subjects, big instruction books. I’m not afraid to go the aftermarket route, but do so selectively. Here’s a case of where I pulled out all the stops. It’s the Tamiya 1:350 Missouri as it appeared in September 1945 after the Surrender, but before the NYC Navy Day showing in October of that year. The decks were no longer blue, and some AA guns had already been removed. All the masts are brass made by me. The PE is Eduard plus others. It has laser cut decks, main guns by ABER, props by G-Force, and some scratch-built stuff too.

Here’s the Airfix 1:24 Hawker Typhoon. I bought this kit just for the fabulous Napier Saber engine it displays. Was in an FSM reader gallery a couple of months ago. 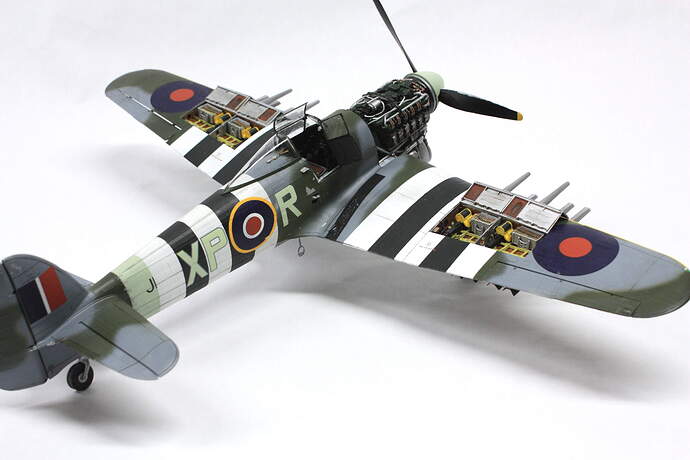 And finally, the Ryefield Sherman M3A4 with full interior. This kit was insane, but I persevered. Each track link was 7 parts. 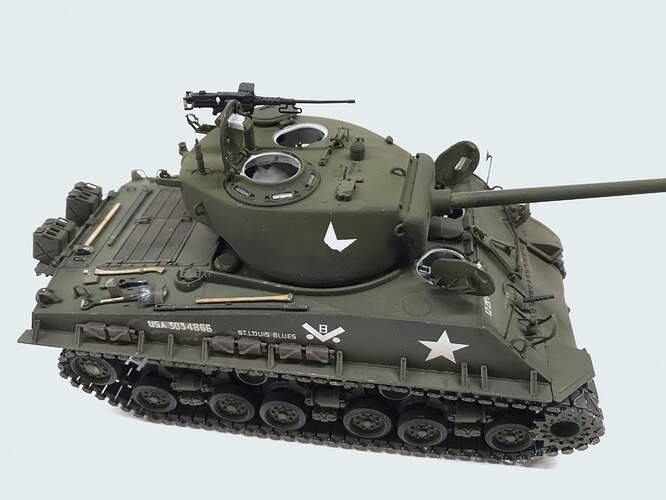 I could go on, but you get the idea. If you’d like to see more let me know. Right now I’m getting near finished on the Meng Models Bradley BUSK III with full interior. I substituted the kit’s snap-together links with Friulmodel metal tracks and am very glad I did. The kit tracks were not holding together well.

@Builder2010 welcome to the forum. Those are outstanding models you’ve posted. I hope you will share more information and photos about each project.

As the others said it’s a friendly, supportive forum. In my experience, it’s the Goldie Locks of modeling forums - just right, not too hot nor too cold.

Welcome. All your builds are amazing. I’m very impressed by the house. I’d like to build some scenery this year.

Welcome aboard sir, impressive collection.
Post up some pics of the Bradley when you have a chance.

Welcome aboard! I’ll be looking forward to seeing some more of your work in the future!

Some truly fine work there. Welcome to the forums.

Welcome. Excellent models there. Show us the Bradley when you have it finished. You’ve come to the right place!

Thanks all. The five picture novice minimum kept me from posting more, but I can add some here. First of all, here’s an overall shot of the model railroad. 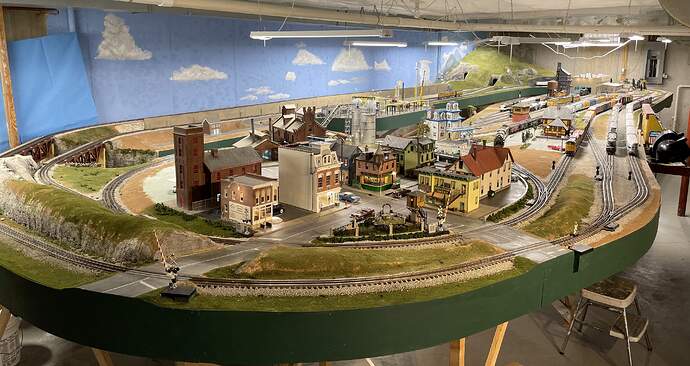 The engine house is my design with laser cut walls and windows and a ton of 3D printed parts including the fork lift and the Baldwin engine it’s holding. 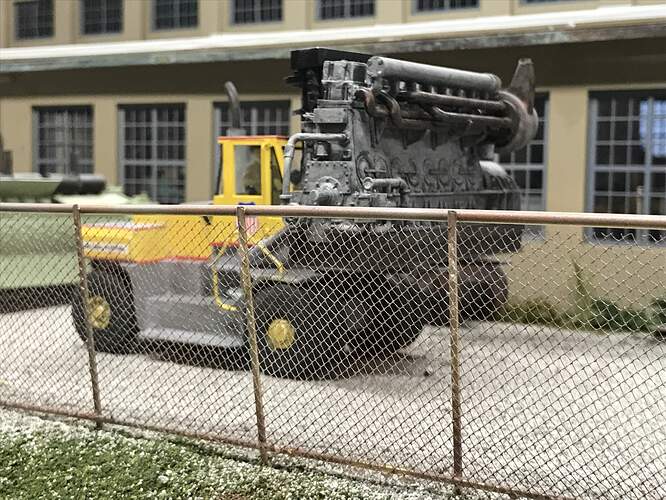 And there’s a machine shop co-located with the engine house. All the machines within are 3D printed. Some are modified drawings from the SketchUp 3D warehouse, but others are my design based on real prototypes. 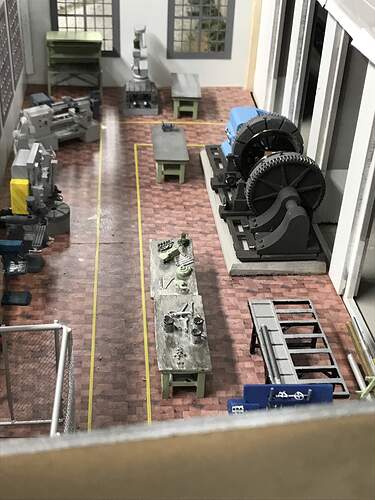 The Bradley is 95% assembled and ready for hull painting. The kit came with the “Q” sprue missing. I sent to Meng in China and eventually got a replacement. Q contained most of the ERA and some of the other hull parts that stopped production. I’ve substituted the plastic kit track links with Friulmodel metal and it was a good decision to do so. 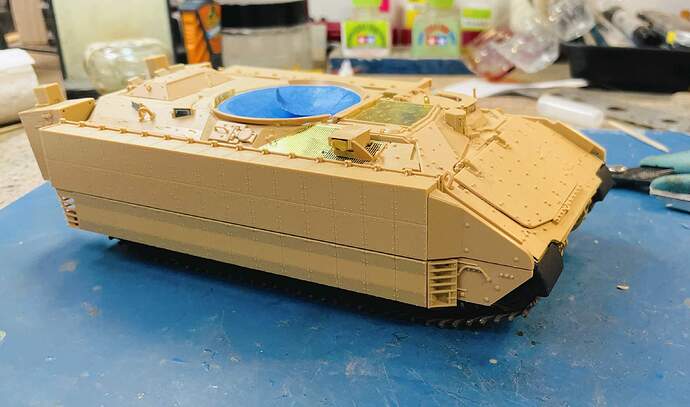 I was able to finish the turret without Q parts since only the commander’s bullet-proof shield used those parts. 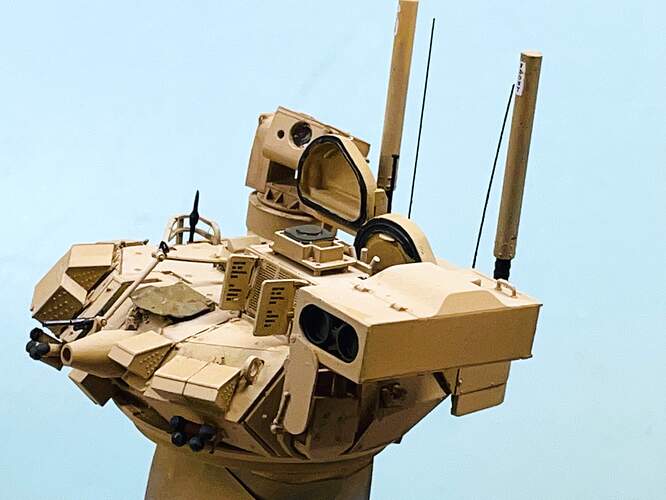 Some more things… There was about 7 years between doing the Missouri and the Trumpeter Essex. I chose to do the Essex with the late WW2 mods in place. These included moving the flag bridge out to the front edge of the island which required removal of the 40mm quad emplacement that was there. It added two 40mm sets at the fore port sponson. It also revised the entire radar suite. I built all the masting out of soldered brass. I included the late War aircraft complement including Corsairs and Helldivers. I made my own tail insignia decals for the Essex at that time. 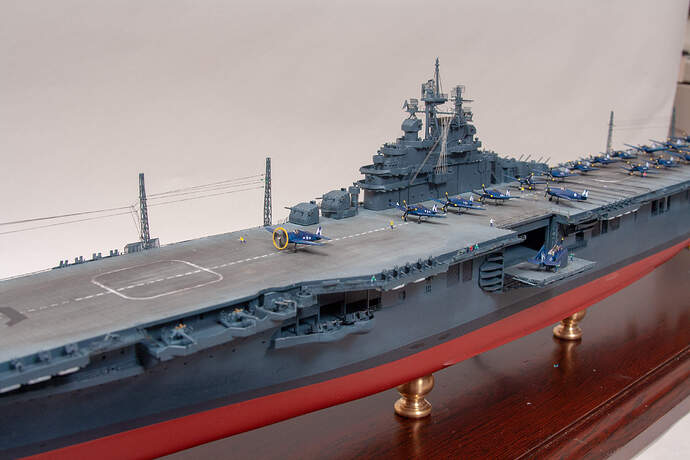 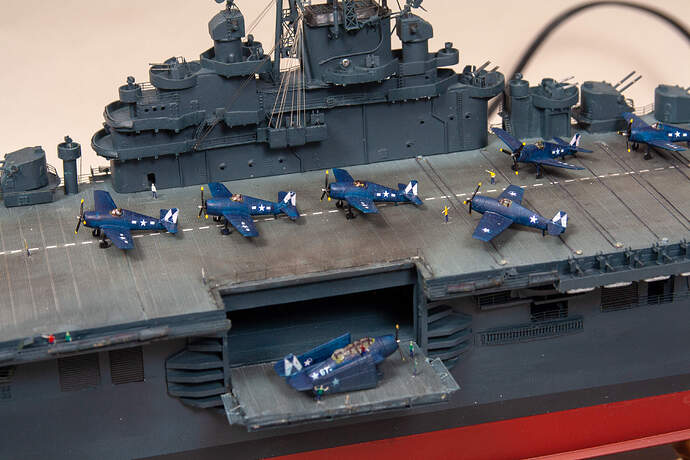 Here’s a close up of the Missouri showing a lot of the extra detail loaded into the model. I added all the vertical and diagonal supports holding any overhanging gun tubs and platforms. I added the aft flag bag, missing boat winches, running lights, proper antenna feed throughs and the list goes on. My most difficult part: the catapults. Eduard’s PE fell apart on the fret. I tried Alliance and then ended up with a combination of Tom’s Model Works and Eduard before I finally got it. 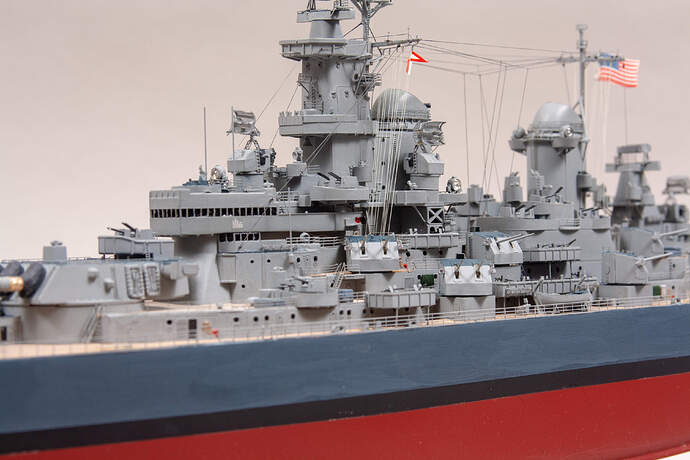 Let me finish this post with two more plane projects. The Thud F-105G was done on commission. It was the Trumpeter kit which required lots of fussing. The engine was included, but you couldn’t see it. I removed the afterburner and re-installed it into the plane so it had a tailpipe. I then super-detailed the engine and mounted on a solder brass stand that’s a replica of a real jet stand. I found a picture of the F75 turbojet that showed the AB removed so I knew that this wasn’t too weird. 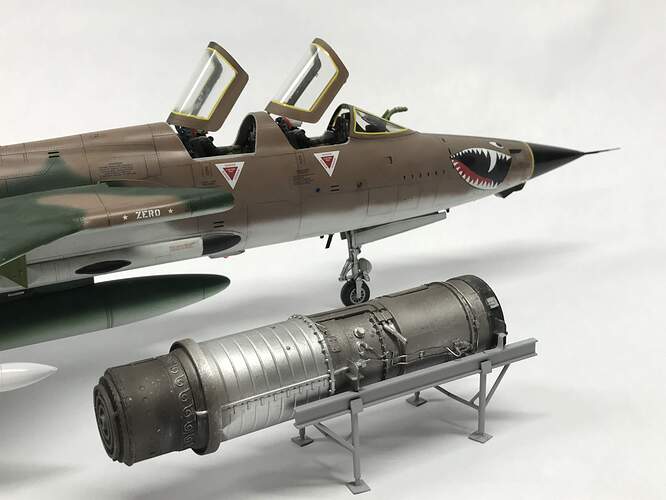 I recently built the Tamiya F-4U-1 Corsair. I added all the hydraulic piping in the wing fold area, wheel wells and full engine piping. 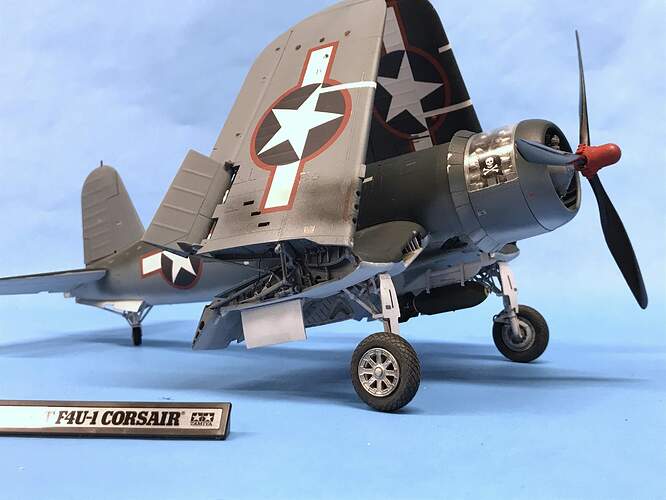 Well… that’s another five. So I will actually stop.

Welcome to the forums! I might say that this has been a pretty impressive entrance to this forum. You have some very nicely done models and your RR layout is something most enthusiasts dream about. I’m sure you will find this to be an interesting place with many folks that share your interests.

Welcome to the madhouse @Builder2010 … some very nice kits you have shown us. Looking forward to seeing more in the future.

Thank you! Glad to be here. As you may have noticed. I weather models, but only slightly. Weathering is an art in its own right, which I haven’t mastered… yet. I also note that a lot of military equipment is not beat to death. Most sergeants take great care in instructing their folks to keep machinery in good shape. Aircraft are kept clean so leaks and damage can easily be seen. Naval craft are kept clean to prevent damage from salt spray. That’s my philosophy.

I post compete build threads on a bunch of forums depending on the subject. For railroad stuff I’ve been posting a detailed, blow-by-blow discussion of the building the railroad uninterrupted from 2012. Here’s that thread if you want to view it.

In 2013 I posted a detailed description of the rebuilding my Pennsylvania & Pacific RR. This almost 8 year saga covers all the details of building this railroad since that time. You can go back to the beginning with constructing the L-girder...

For the plastic builds I’m currently posting on the Fine Scale Modeler’s Forum. On that forum, each build is a separate thread. You can find the Bradley build here:

On FSM’s site I’ve posted the Corsair, Thud, Rye Field Sherman, Monogram B-17G done in “Yankee Lady” configuration, Essex, a replica of my 1966 Ford Fairlane GTA, and Trumpeter 1:32 ABM Avenger. You can search these out by my forum name: Builder 2010.

Welcome to the forum! Hope you enjoy your time here.

You’ve inspired me to sign up for FSM’s forum

Welcome to the group @Builder2010! Your models are awesome, I have to say, scrolling through your pics and I can’t decide my favorite, I’m partial to each subject. The Essex is the one I’d try to sneak out of the house if I dropped by for a visit

but they’re all top notch and set another benchmark for me to strive for. Look forward to seeing more kit builds.