In many of these cases, the perpetrators have been schizophrenic, mentally challenged, or in a few instances deaf. I suppose they deserved what they got, eh?

It’s exceptionally rare when someone who goes out and does the felonies that warrant these responses is deaf. Mental conditions do tend to be more common and often are the result from habitual excessive illegal drug use from substances such as meth. Mentally challenged folks are somewhere in between. Some born with it, some as a result of incidents in their life, again often due to poor life choices previously. And then there is always that one in a million guy who has none of the above and does bad stuff for no known reason at that time.
In the long run, cops are human, reflect upon the department and how much that department is willing to invest in their hiring screening, training, and equipment, and they all want to fulfill the first rule of the job - go home alive at the end of your shift. All the bad guy has to do is follow the directions of the cop, give up without fleeing and resisting, and go with the program peacefully if caught. Then everybody goes to bed alive.

Always fancied doing this version and now there is an all in one box decals and kit l will be getting one.

Nice choice of marking. I have seen several military vehicles in Law Enforcement agencies that were displayed at air shows. Always thought it was cool idea to model them.

Question for those that build Kinetic kit…was this the kit that had missing parts for the cabin roof? I remember seeing an online WIP someplace where the builder had to use plastic sheet to cover the roof. Otherwise, if build as the instruction guide it would leave a huge gap. I don’t remember if it was this kit or Legend as this was before Panda kit. TIA

That’s why they mentioned the figures would need weapon replacements.

Question for those that build Kinetic kit…was this the kit that had missing parts for the cabin roof?

The Legend kit was missing the hatch cover:

It’s a cliché but true-better to be judged by 12 than carried by 6.

We had more citizens killed in Chicago alone than soldiers in Iraq & Afghanistan combined for long periods of time.

@Annette_Dominic @HeavyArty Honestly, it might not be that simple. I once thought like you two did and actually tried kitbashing and swapping out the helmet and heads…it didn’t work decades ago with other DML figure kits and 1/35 Trumpeter M4 carbines.

I had built all of these figures. I kept none of them decades later. These are DML’s earliest figures and the LAPD S.W.A.T., and NYPD ESU (and I think GSG-9) are more of 1/32 scale. The Hong Kong SDU is more of 1/36 scale. Back then, DML/Dragon couldn’t get their scales correct. Thus, the aftermarket carbines would look puny in the hands of DML’s NYPD ESU and LAPD S.W.A.T. figures.

Now Live-Resin heads tend to run in the larger sizes, but they are still close to 1/35 scale though.

I bought these DML sets in the hopes of using their pouches for other figures. Nope! The vest pouches are molded onto the torsos so it would be near impossible to update them because unless one cuts and sands off the torso vest pouches, the pouches are sized for MP5 magazines. One can’t just buy Live-Resin MOLLE torsos and glue them onto DML legs and arms because of the 1/32 difference.

Furthermore, the LAPD S.W.A.T. are the only ones who use that DML/Dragon body armor, and I don’t think that they use that DML vest anymore. You’re best bet is to buy the Live-Resin’s latest US MARSOC figures and use those instead (minus the SEAL four tube NVGs).

LAPD S.W.A.T. does not use the DML S.W.A.T vest anymore…they use the Live-Resin vest. 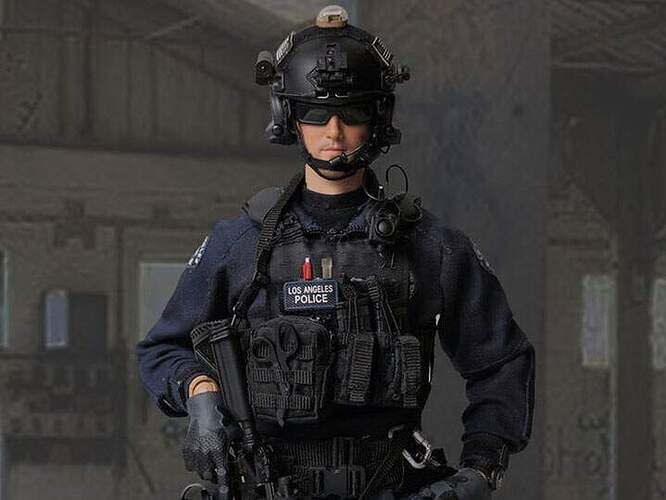 Sorry, not to be nitpicky on you two, but I stand by my post. If you update the DML figures’ weapons to M4 carbines, you will still have M4 carbines with MP5 vest ammo pouches and that won’t work unless the modeler does extensive torso surgery…and for that price, just buy the Live-Resin MARSOC figures for modern US S.W.A.T.

Thanks for the info. I knew it was a MaxxPro kit but didn’t remember by whom.

We had one for my agency. It was painted up nicely but no amount of paint and city marking could keep the progressives here from continuously calling it a MRAP or “War Weapon” et.al Eventually we were forced to return it to the feds. Then the city threw down big money on a freaking used Bearcat. So much for saving tax dollars. Ferguson led progressives to declare any type of protective vehicle for Law Enforcement as evil. Glad I retired 2 years ago.

This post was flagged by the community and is temporarily hidden.

How does the kit differ from the “military” one? From what I remember of the Carson City Sherrif’s rig (an Ex Afghan vet with dings in the armor to prove it.) it’s what ti didnt have. MG mount was gone. Lots of empty radio racks. They had a couple medical “go bags” in mounts on the wall. I dont think they had the “disco lights” on top. (not like you are gonna be doing traffic stops with it) I remember it had a number of high intensity spotlights on the bumper, fenders, roof and turret. As for police use, there is the intimidation factor too. Some barricaded yahoo may see a few patrol officers and cars and think " Oh! I can get out of this." But when the “Beast” shows up …“S*@t! They aint playing around.” (Same with policedogs. Drunk may think he can beat the cop but they think twice about the Fur Shark. )

From what I have been told, the only difference is the decals. Everything else is the same as the prior military kit.

Lots of bits for the spares box. How was the original kit set for spotlights. I remember seeing someone (Bronco?) had a couple of LED spotlight sets for MRAPs.

Original kit review. I believe it only has one spot light for extra lights. 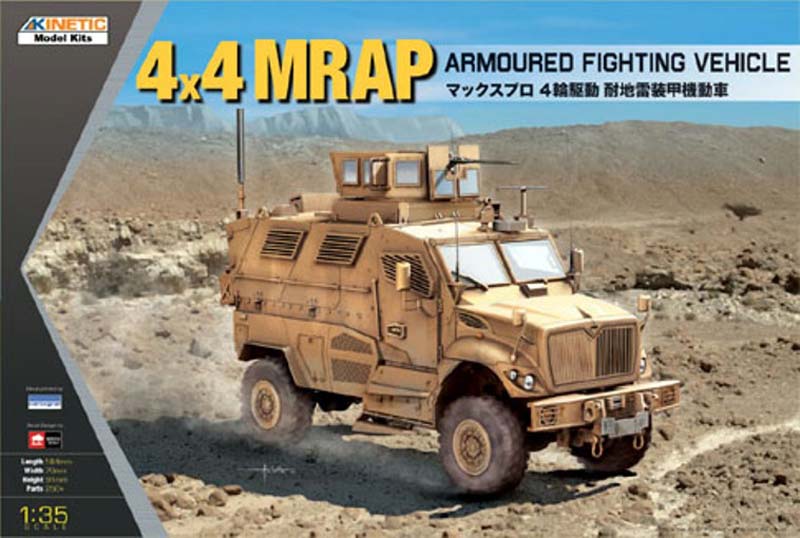 Kinetic brings us the first kit of the International MaxxPro in plastic. With their new 4x4 MRAP kit, they definitely bring descent quality for an affordable price that will build into a very nice model.

Carson City’s MRAP is a Caiman 6X . Oops. I posted a bunch of photos of it on here (old system?)

I remember seeing someone (Bronco?) had a couple of LED spotlight sets for MRAPs. 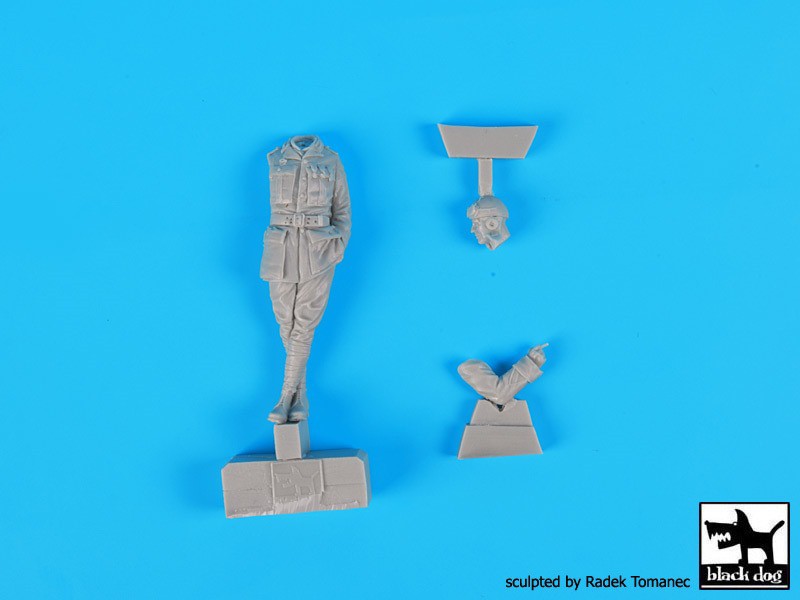 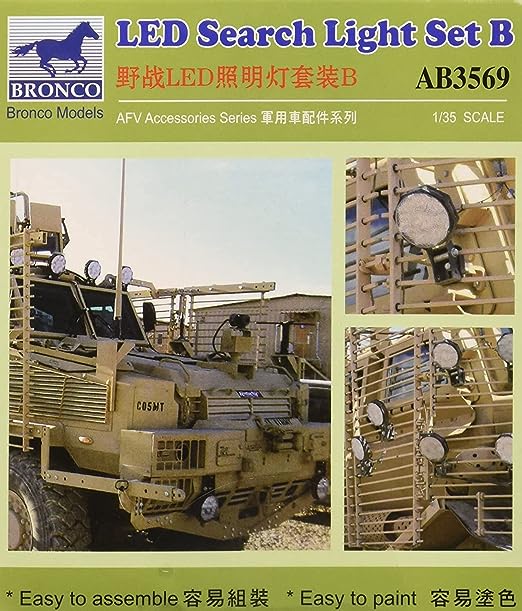 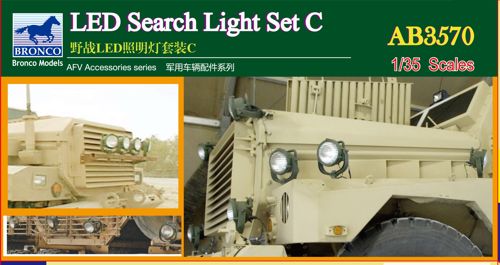