Land of the rising sun

Group Build Description: Looking for people interested in doing a Imperial Japanese Navy/Imperial Japanese Army campaign. Any scale, any subject as long as it was used by Japan between 1868 and 1945!

Completion Award: @petbat suggestwd a couple award badges, I will probably use one of those.

This will be my first time running a build so please bear with me!

Good to see this up Mead. I have not run a Group Build on the new forum, but there is a way to set up a button to say that you are ‘Going’. Maybe @Klaus-Adler or @phil2015 can give the word on that as they have run builds.

The awards I put up on the 2022 Campaign ideas were just a suggestion but if you like one then go for it.

If you want a variation like the Kanji for Japan in the medal and the rising sun as the ribbon or anything else you would like instead, let me know and I’ll see what I can do.

PS. Would I be able to join in with something a little out of the box - a Panzerkampfwagen 1 Ausf A. The Japanese captured several from the Chinese and the Japanese sent them back to Japan for the Army to do testing and research… 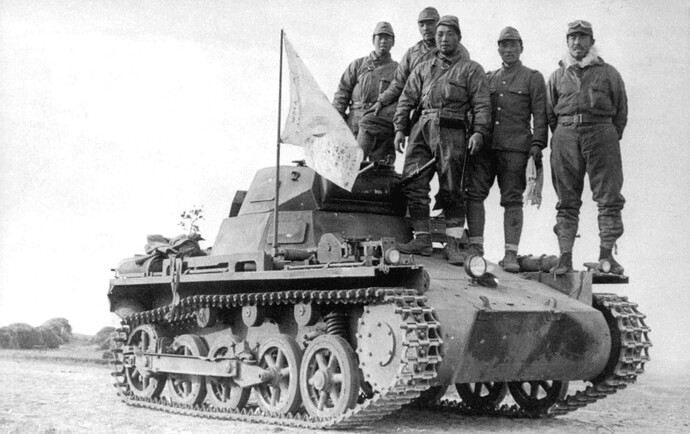 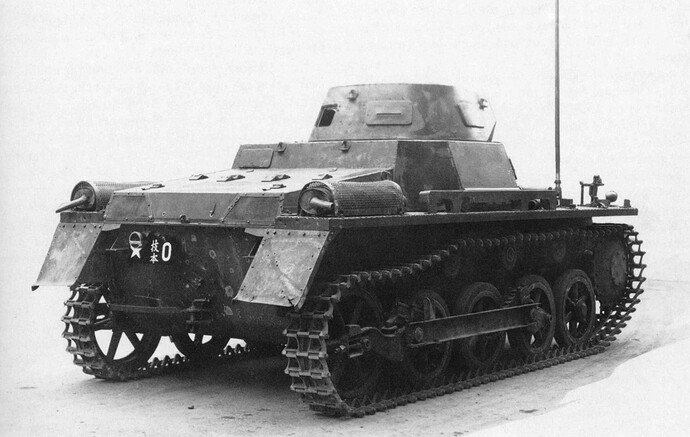 image1920×1217 171 KB
On display as Propaganda. Apparently the Japanese told the people they were captured Russian Tanks, as they were aligned with Germany at the time and did not want to let the people know their Ally had supplied the Chinese. 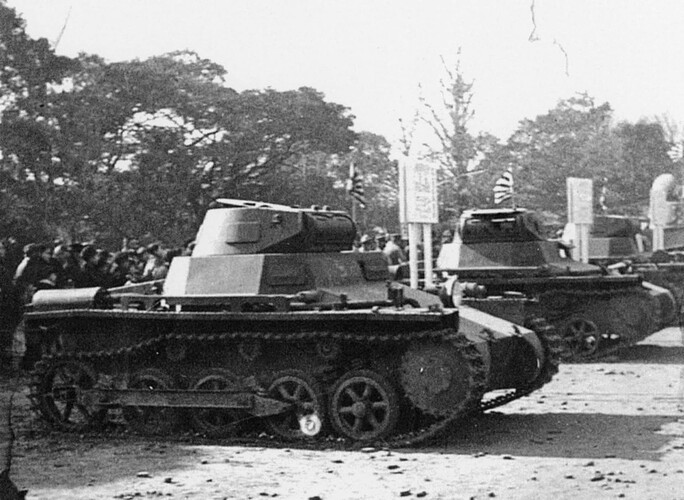 Good job! Thanks for stepping up to do this! I’m in.

And I love your selection of start date!

@phil2015 and @petbat thanks! Knew I forgot something, the event should be up now.

I’m totally cool with the Pz 1 especially if you add the Japanese plate or a Japanese flag or something.

Thanks for proposing it! I think this campaign will generate a ton of interest and cool diverse subjects

Thanks Mead. I’ll commit to that or possibly a M3 Stuart Honey - they captured and used a few of those in Burma, etc!
As to the award, let me know what you want. Here is something that swaps things around a tad.

Got a couple of bombers, so looking forward to building them.

I guess I should have said what I was building. I’ll be building Hasegawa s 1/48 Najakima B6N1 Tenzan “Jill” 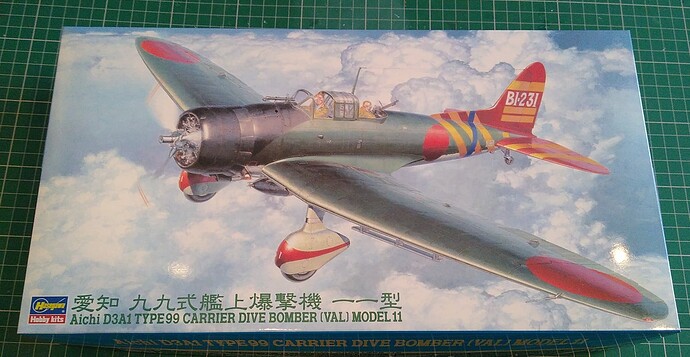 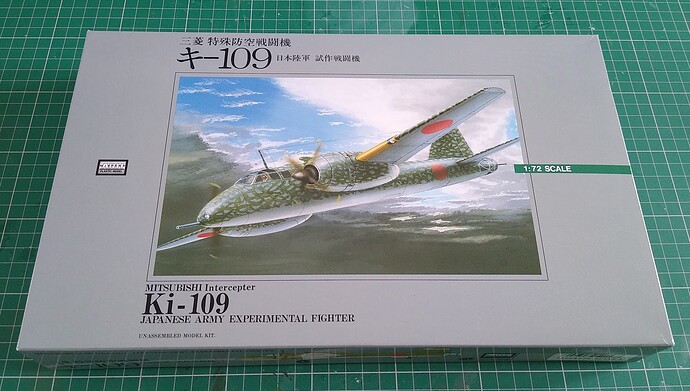 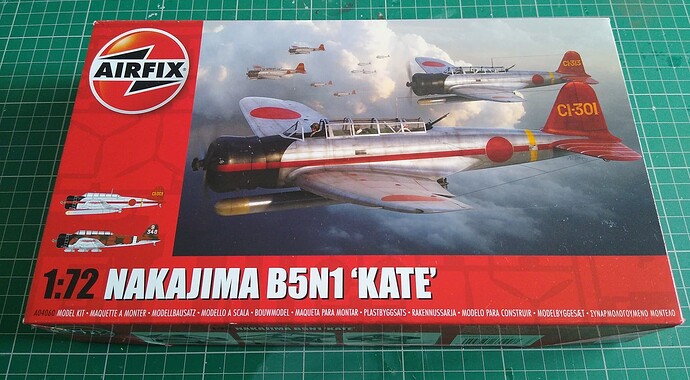 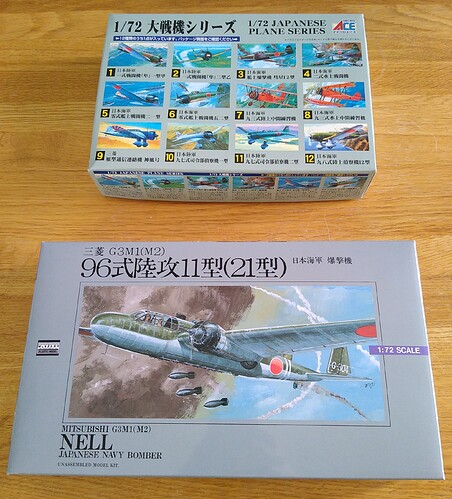 These are my choices. I’m leaning towards the Nell or Ki-109. But of course that all might change by the time we start.

There are so many possibilities here. Who knows what will be at the top of my fancy list come June? Since it’s IJN/IJA back to the 19th century, perhaps a predreadnought will be in. I love petbat’s choice! (Not because I’m a big panzer fan, it’s just a creative and unusual subject for the theme).

This is going to be a great group build!

the going/interested/not going button is already part of this thread and appears at the bottom of the campaign description, see picture below.

oh and there is a spelling mistake just above the buttons, the word suggested doesn’t have a “W” in it. 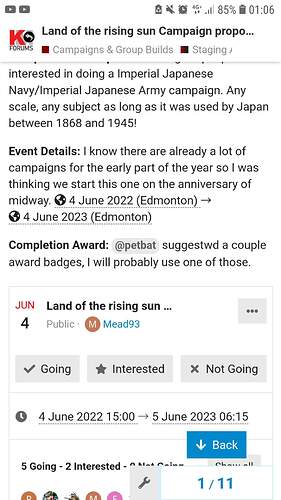 Lots of nice of nice choices. I need to pick up that Val at some point

It’s a really nice kit.
I got it on sale from PlazaJapan earlier in the year. Some really silly low price, about £12 or something.
Worth keeping an eye on that online store as they do have regular sales.

My dance card is pretty stacked right now (I think I’m in for 6 builds for 2021 plus whatever side projects I get distracted with), but if the pile gets whittled down enough I’ll be in for sure. I’ve always liked their daffy little tankettes.

I’ll have to keep an eye out! If it’s anything like the jill I’m sure it willl be fantastic some neat engineering, like foldable and moveable wings. Was shocked to find that on a 1990’s kit

perhaps a predreadnought will be in

If I dive in it will probably with HIJMS Mikasa. Another pre-dreadnought possibility would be converting a Russian “Borodino” class battleship as the captured “Oryol” rebuilt as “Iwami”.

Thought of you as soon as I saw this one Fred.

I’m in! I was about to suggest something along these lines as well, with a lot of 80th anniversaries coming up, like Coral Sea, Midway, Guadalcanal… Think I’ll propose for Guadalcanal, as this would include a lot variety in models. Thanks for the nudge!