I can’t find pictures that help. When you see a spare rim and tire carried on the side, how is it attached?

There is actually a mount for it on the hull. Here ya go! 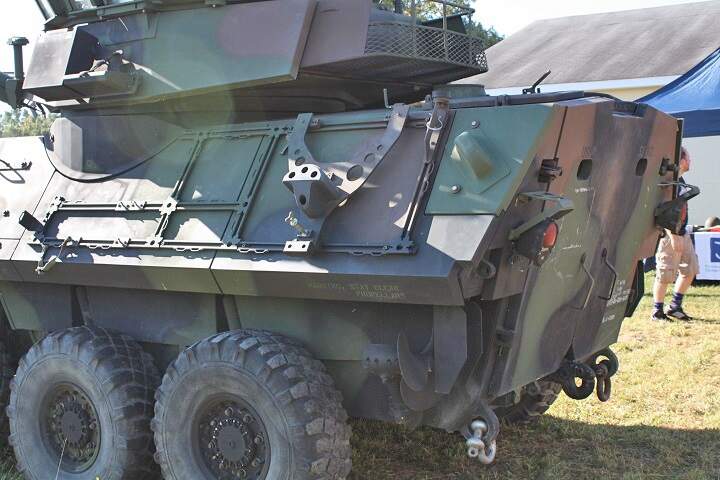 Another option (for an earlier LAV…) : 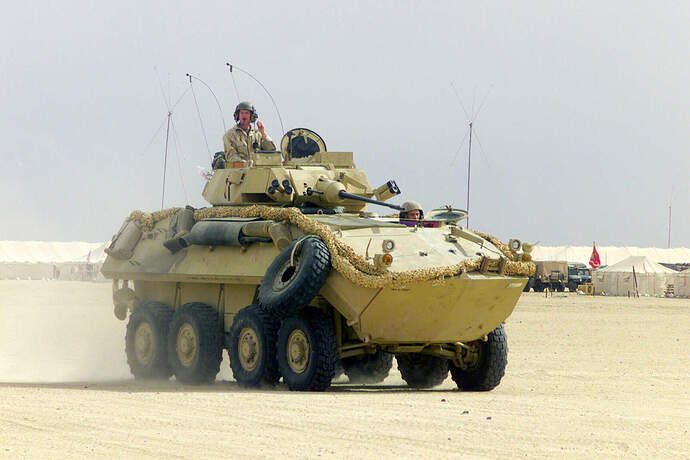 That’s on the A2. As Frenchy pointed out originally they were strapped to one of the front lift points. 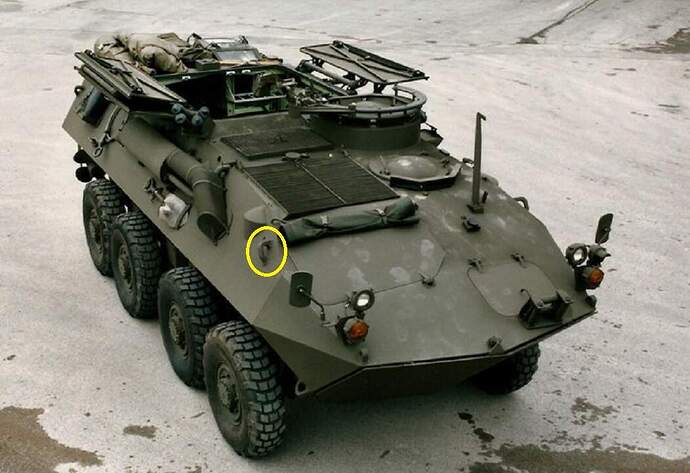 That must of been a bit of a stress ? even if it was strapped on mega tight it must of bounced about a fair bit while going cross country ? On a side note, do Strykers carry a spare as part of their kit ? I have seen loads out with a spare and some without ?

That’d be a good question for another thread.

https://www.blast-models.eu/
Wish I had found this site earlier, nice sets for Strykers and LAV’s 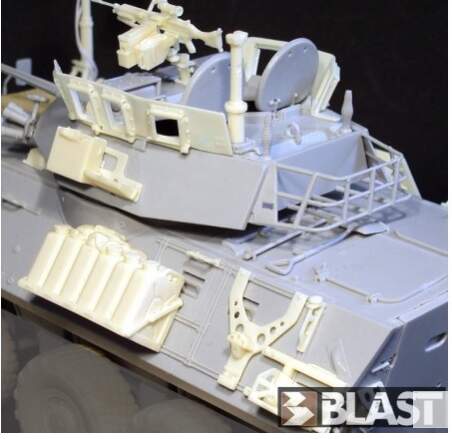 I looked at site from Blast Models, but i found nothing from the kind. Nothing under the search Stryker and/or Lav.
Where did you find this update set ?

Where did you find this update set ?

Aah, that one ! I was mislead by the picture.
Thanks !

It should be noted the the “Y” shaped tire holder is only attached to the rail system of the LAV A2.

Mine.is a slep updated from the original Dragon kit. I went with a DEF Models wheel set and I’m attaching the spare with straps.

No I got the update sprue with the M240 and added a Legend slep muffler and the Def Models wheels. It’s the desert colored 1/35 Dragon LAV-25 kit. They do make both a slep and an A2 kit as well

Those SLEP muffler shrouds weren’t so common, the vehicles in my unit had gone through the SLEP mods and were still sporting the legacy mufflers, there were problems with the shroud causing the vehicle to overheat or catch fire - I don’t recall which was the issue when I asked the mechs about it. Jason Taylor has several excellent in action picture sets on Prime Portal for the LAV, he was my Platoon Commander before he moved up to Company XO just before we came back Stateside in 03

As most of that Y shaped mount is hidden, I don’t imagine it’s hard to scratch one. In fact even if you left it empty there’s not that much to it.