One question re the road wheels. A few years back there was discussion on the ribbing in Centurion road wheels and how they differed over time. This is an image I saved for reference.

I assume when the AVRE were first built they would have been fitted with the ‘First type’ of road wheels. Would they have been replaced by others over time?

I am considering adding the central rib to a set of Firestorm tyres I have. These are meant to replace the kit’s vinyl ones: 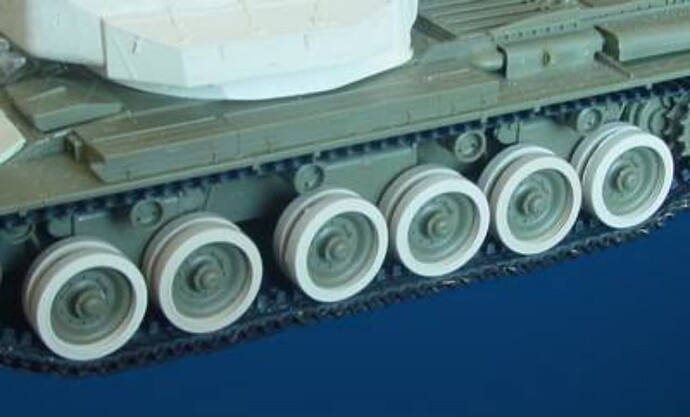 Based on 9mm x 9 mm on the ‘second type’ that is 0.010 inch at 1/35th scale but Evergreen only does 0.010 x 0.020. However, if they were fitted with the ‘Third type’, I could probably get away with that size strip. Yes, it will be a little work to fit the strip but being a separate ring, it is easier than adding to a solid wheel and tyre.

To be honest never bothered about that as long as it had three ridges.
Why we could have had all types to be honest . When I was in our centurions AVRE along with BARV and ARV were only cent users .
Also probably been remade which they tend to do with some good rims.
Ossie

Hi Ossie
Nice pics.
Perhaps you’d know the answers to a couple of questions I have - What was the job of the 5th crew member?
How many rounds of 165mm were carried, given the 5th crew member occupied the space where many of the standard gun tanks rounds were stowed?

Thank you so much for these explanations. I already have the Amusing Hobby kit in the stash. I’ll try to fix as many flaws as I can.
However I fear the idlers are the biggest issue.

The 5th crew member would be a Combat Engineer Class 1 but in reality it was a another driver /wireless operator .
in gulf war no co driver as it was used for stores .

so one was stowed in co drivers , three around turret basket ,
some under gunners seat and rest in the floor
see pictures and here a picture of a breech as well.
round weighs 63 lb in Gulf war they used same ammo as M728 CEV

some pages out of user handbook , my 1/25 scale plans and some pictures showing floor when you lit access plate up on turntable floor . 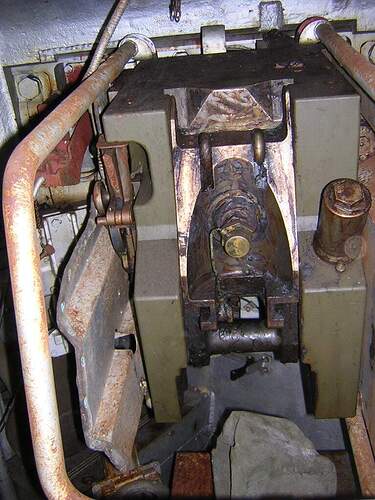 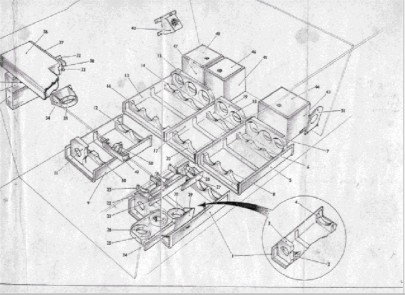 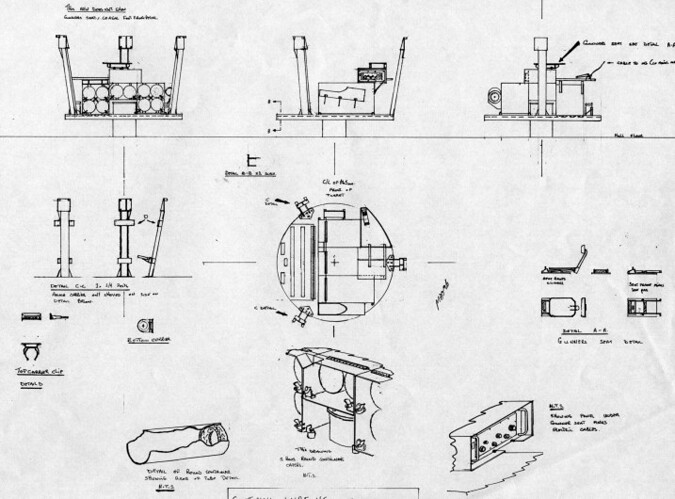 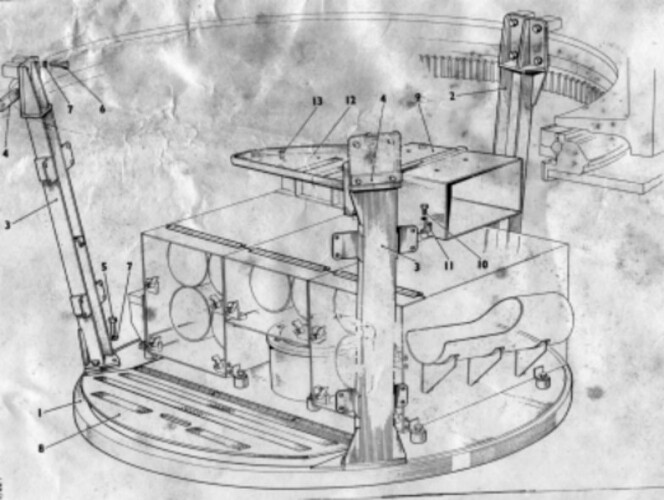 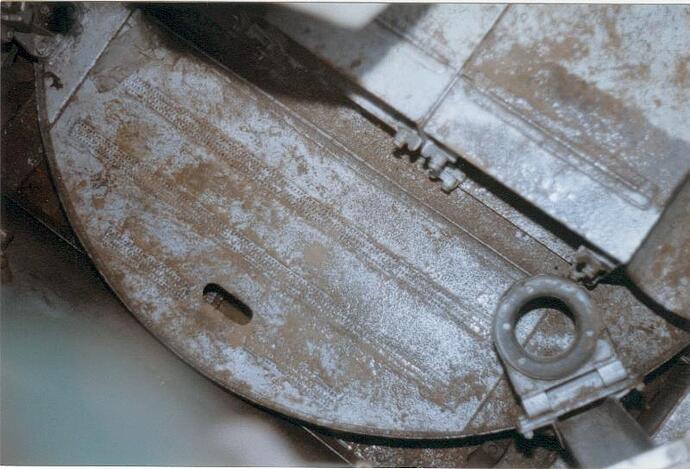 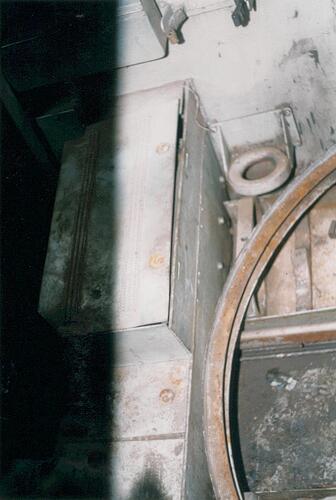 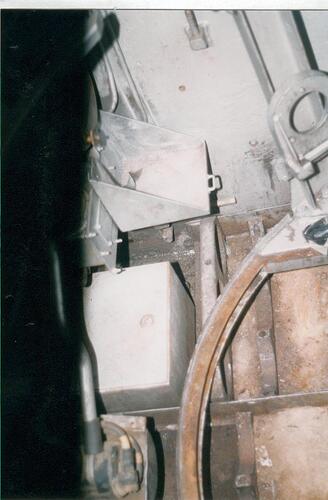 number of rounds stowed is 30 . in gulf war AVRE trailer was also used to stow them
unofficially
ossie

Thank you again for the tip.

OK, I don’t know how much help this is as it is not a great photo and the tank has a tarp on it, but here is a shot of an AVRE in action on the back of a truck during the Gulf War.
Ken 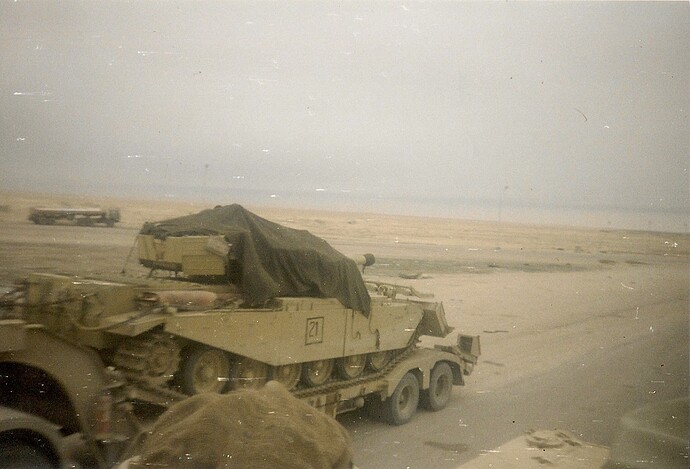 Thanks Ossie
Most useful

Firestorm do another option for you to consider Olivier: 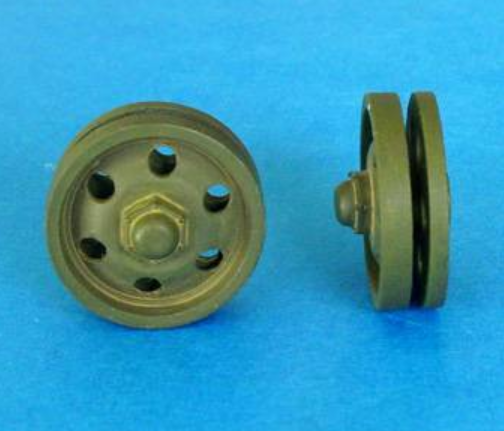 I can’t comment on accuracy but they look the part.

Peter
I used this reference on my Danish Cent a while ago. It looks good and the fit was easy on the AFV Club swing arm.
If I decide to change the idlers I’ll probably buy the AA one. Even after Brexit I guess I still can trade with a British company

AA idlers come with the swing arm and have been tested on the Amusing Hobby hull.
edit: I checked for the prices. AA and Firestorm are equivalent once you add the shipping. 20 euros are a bit pricey just for 2 wheels.

OK! I didn’t know anything about the background of this, we just passed a British convoy on the road, and I snapped a couple photos.
Ken

…and those ‘surprise’ pics are the best pics to get…

Where is the socket for the headlight power cable when the add-on armor is fitted?

hi olivier
believe it was the top set of sockets as there is quite a bit of room under the armour. but unsure as some crews rerooted the cable and added there own cabling .
ossie

1 Like
Centurions: Fist of the Empire
← previous page next page →