Looking for details on British Armor in Northern Ireland

Planning on getting to work on Dragon’s 1/35 Saladin soon. Wondered if anyone could recommend resources for finding out what units were in Northern Ireland during the troubles. I know they had Saracens, Saladins, and Ferret armored cars as well as a centurion AVRE that was used in Operation Motorman. Hoping to find out what units were there and when. I haven’t gotten too far into Tim Pat Coogan’s book on the IRA so I don’t know too much about what he has. Poking around the internet I found a few photos from Motorman but nothing from the mid 70s or into the 80s.

Thanks for any guidance

Osprey have a number of titles covering operations in NI that would probably have what you’re looking for. 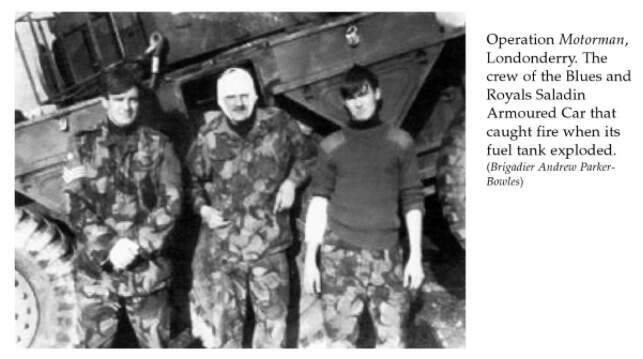 If you can lay your hands on this book, it appears to have a lot of info on the units 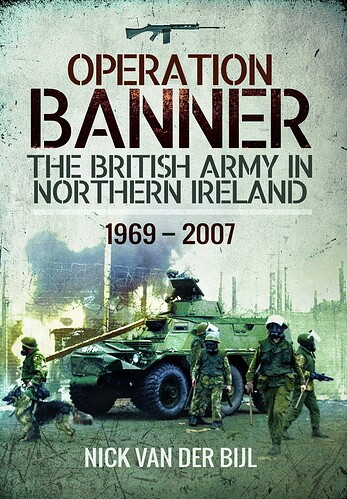 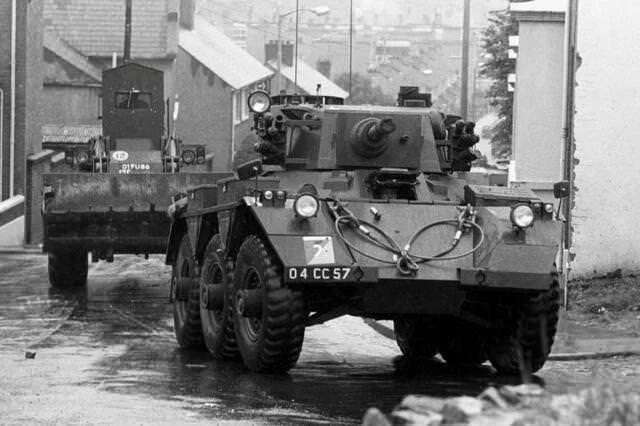 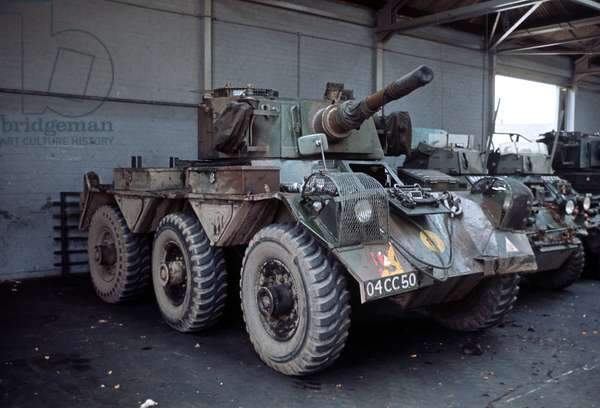 Great, thank you! Can’t believe I didn’t think of them, they truly are exhaustive in their publishing.

Thank you for the book rec and photos, hadn’t come across the color photo before and was having a hard time telling if they deployed with camo.

Click on the bottom Black and white photo to enlarge it and you will see clear camo demarcation: 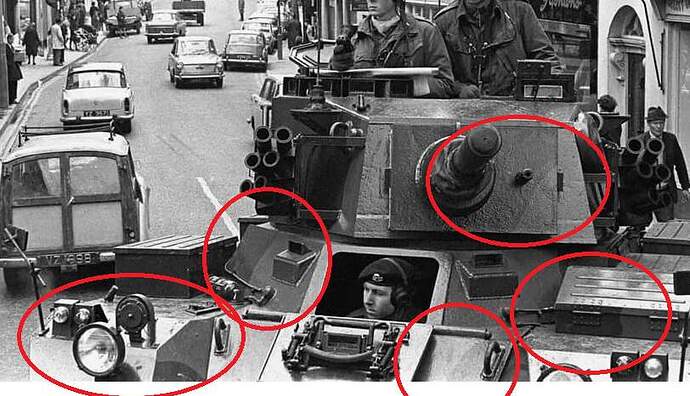