Hi Guys,
I am hoping to build in the future Te Anau II that was the last surviving truck from the Barce raid, the truck had two twin fifty mounts & my question is does anyone make a twin air cooled set? And do they make mounts?? If not does anyone have period correct close up pictures to try & make them??
I know Live Resin do a modern twin fifty set.
Thanks
Mike

Assuming you’re talking 1/35 scale, Academy do the air-cooled “aircraft” barrelled .50cals in their US Machine Guns set. But you’ll need to build the twin mount from scratch…

I should have been clearer!! Thank you re the info on the old academy mg set,…I may have that somewhere

, I will hopefully find some pictures of the mounts in the truck….

I don’t think I’ve ever seen a twin .50 mounted on an LTDF truck. Twin Vickers K’s or Browing .303’s were common though. This isn’t to say this vehicle never did. It’s often surprising what turns up!
Be careful of which version of Browning you do fit. The LRDG and SAS in North Africa, sometimes fitted the aircraft mounted AN M2, not the more well known M2HB. Almost all of the M2’s they used were salvaged from crashed or wrecked aircraft, which of course never carried the HB guns.

Hard to say that these are AN M2’s or not, but based on what I have read, most likely. 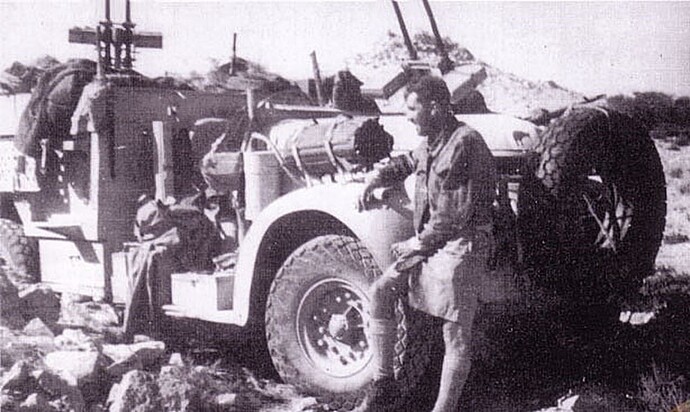 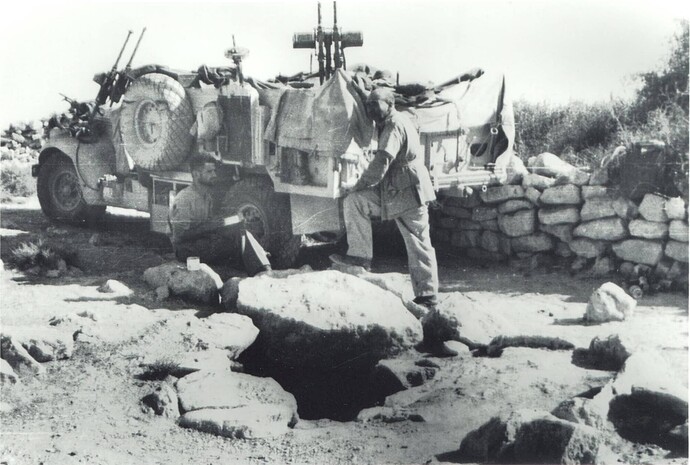 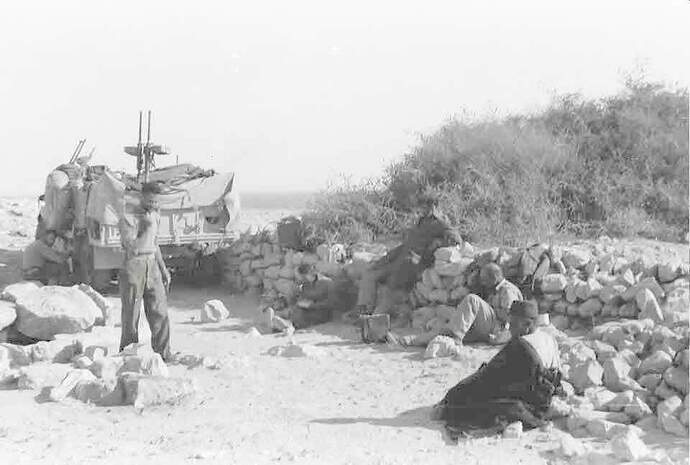 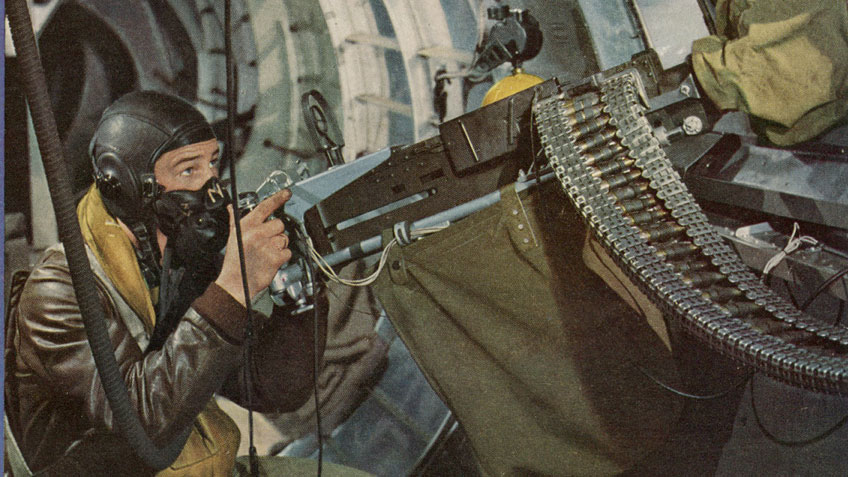 From Pearl Harbor until the Japanese surrender, the AN/M2 .50-cal. Browning machine gun served in the air, on land and at sea, and was a part of every major American battle in every theater of operations around the world. It was the unsung hero of...

Could be .303’s?
Looking at the barrel end caps, they look a lot like the type fitted as RAF wing and turret guns.
The LRDG became quite good at improvising a trigger mechanism for them.

Having done a bit of research, Stephen maybe right in that Te Anu II was fitted with twin Browning .303 cal, not .50 cal. 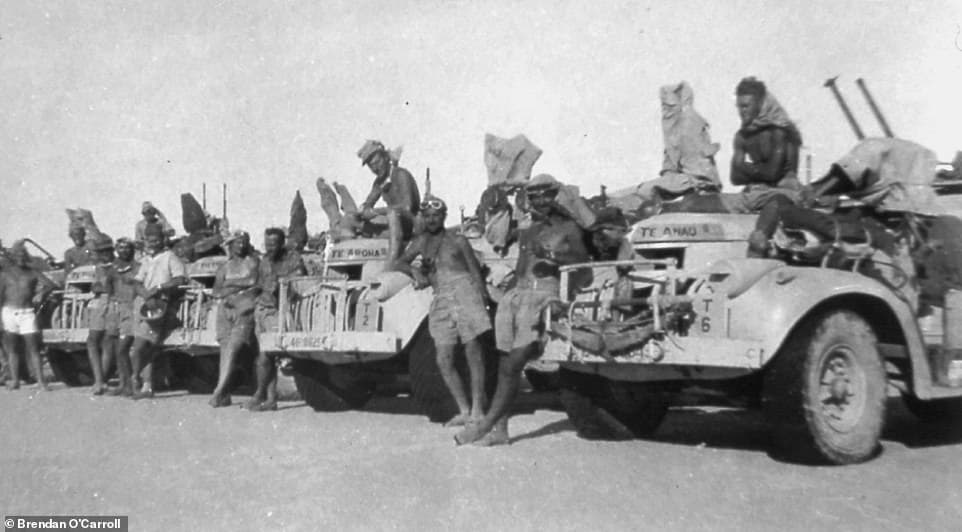 …and Te Anu II was the “Fitter’s” truck so no radio compartment.

Thank you guys & I am certainly grateful for any & all help, I just thought twin fifties due do the style of ammo can’s & the first two pictures which match one I saw, that “said they were 50’s” lol

I’m not ruling out that they could be .50’s, just that one feature is like the .303. Both guns are nearly identical in profile!

If they are .303’s, it’s likely we’re seeing this mount modified for the vehicle. 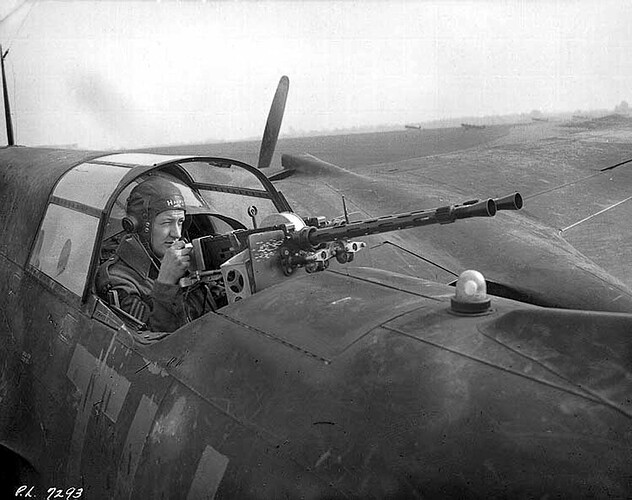 .303’s are certainly the most likely. I think the weight of twin 50’s would be excessive on the mounts!
Happy to help. LRDG trucks are fascinating subject to research.
Two other guns that would be out are the Bren and Sten. The Bren wasn’t suitable for the LRDG due to it’s slow rate of fire, limited magazine and reliability issues in the desert. Stens of course, never reached North Africa and would have been deemed a waste of time by the LRDG if they had. SMLE’s, Thompson M1928’s and the occasional captured MP38 were the side arms of choice.

I’m definitely leaning towards .303’s the more I look.
If anything, .303 ammunition would have been far easier to source.

Thanks very much Stephen, your logic re the .303’s being more “available” & easier to supply the same ammo as the SMLE used.

I did wonder what the other covered tube looking thing in the back right hand corner of the truck bed is?? I can see a couple of extra Vickers K guns too.
Thanks
Mike

Happy to help.
The tube at the rear of the gun would be the trigger mechanism. Often they were taken from wrecked aircraft, either turret or wing mounted, which obviously wouldn’t have a conventional grip and trigger. Somewhere I do have cutaway drawings of the .303, which I think does show this more easily. I have a vague recollection that solenoids operated the trigger? LRDG crews had to improvise new ways of firing them. Sometimes these modifications are not clear in photos.

Vickers K’s were very well liked by the LRDG and SAS. Light weight, incredibly high fire rate and lots of them around as the RAF were phasing them out in favour of Browning’s.

Sorry Stephen I meant at the rear of the truck bed, I thought it could be a drive shaft or a vickers browning 303 heavy machine gun??

I think I once read that with some twin fifties mounted on vehicle’s used like a hinge plate to engage the firing on both guns??
Thanks
Mike

Thanks for that, the idea of using 30cal bodies & 1/32scale barrels would probably be my go to idea atm, as then I could maybe then sand /,grind the non muzzle end to be the correct length for 1:35scale, at least then all the weapons match nigh on perfect for scale.
Mike

Ah, now I see what you mean. In the second photo that Peter posted?
That really could be anything. Something as mundane as a bundle of tent poles, tripod for sighting and surveying equipment. I don’t think it’s a weapon of any kind.
They carried all sorts of gear in the backs.

Yeah that’s the thing lol, and I just found out that Resicast do a conversion for pretty much this vehicle!! With both the twin….what for it…left hand side…wait for it……303 Brownings!!

Resicast.com do a whole range of resin LRDG bits including the twin .303 mounts. They also do a number of complete conversions for the TM Chevy. Thank you very much for that!! It is certainly the same as the one I saw earlier on today too.

Now I am trying to figure out what looks like it maybe a hose running up the front fender & for what?? They only far fetched idea I could come up with was a sort or condenser maybe for the radiator a’la the SAS keeps??