I guess I’ve been real lucky in my 40+ years of modeling because I have never opened a sealed kit and found pieces missing or damaged. My luck ran out today. While waiting for my Peddinghaus decal order to arrive I thought I’d raid the stash and look for a relatively easy build for the interim.
I chose a model I had purchased years ago which had sat unopened on the shelve forever. This was Italeri # 363 The Flak 43 anti aircraft gun. Once opened it and for it’s age looked to be a very nicely molded kit, crisp and well detailed. I missed it on the ‘look and drool’ phase of opening a new kit but shortly after I started the build, on the directions third step, I found part 12 from the B sprue missing. I checked the box, the floor, everywhere. I had just opened the shrink wrapped box for the first time and had all three of the sprues sitting on the bench in front of me. I had only snipped pieces off the sprues as they were called for in the instructions so piece 12B had never been there. So, after 40 years my luck with never having gotten a missing piece has come to an end.
So now I’ll have to scratch build some sort of replacement based on the picture in the instructions.
Cheers,
C. 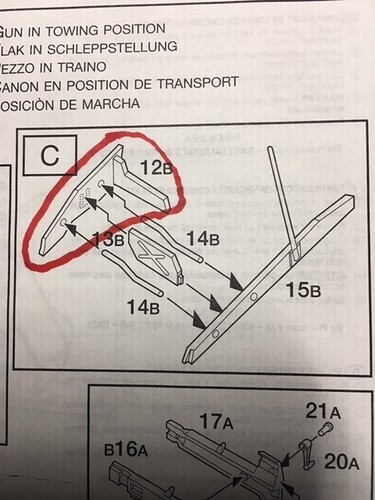 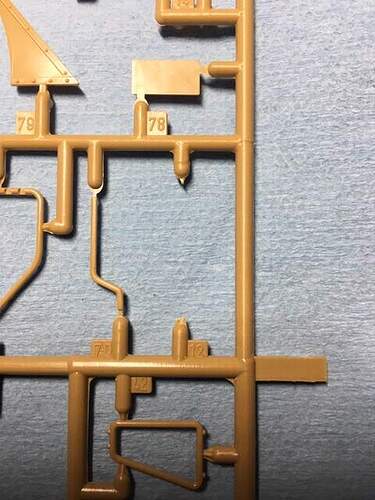 You’ve probably already done this, so forgive me for stating the obvious, but I once recovered a part from the internal packaging wrap I tossed in the garbage.

Yeah, first thing I did was inspect the end opening box to see if it was stuck in the folds somewhere.
Cheers,
C.

Oh Charles… I am sure you can whip up a replacement rod in no time.

It was supposed to be a quick, no headache build

You know how that goes…

Not the same as your issue, sorry you had a missing part, but I had to have a good laugh at myself. Took me about 45 mins to find this barrel on Tamiyas Nashorn kit 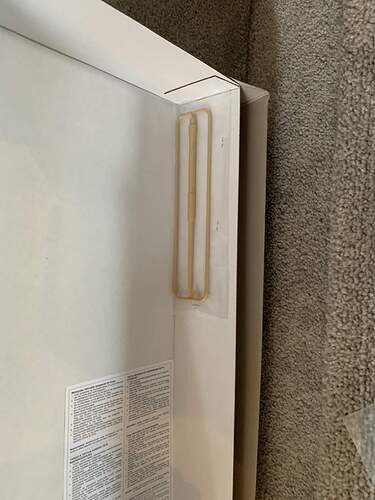 Had never seen a barrel stapled to the inside of the box, and of course while searching kept putting things against/on top of it

Many years ago, I bought a F-5A kit from a hobby shop 5 miles from where I lived. Back then, I liked to cut the fuselage and wings and fit them together so I could see how cool it would look. When I did it to this kit, I found both fuselage halves were for the same side! I looked in the box but no joy. Got back in the car and showed it to them and they gladly exchanged for another box. I went back home, and found the same thing! I drove back and showed them so the clerk pulled another kit out and found the same. The whole shipment of the F-5A kit was like that.

Italeri staff sometimes twist some of the parts sideways before they put them the bag to enable packing or ‘part protection’. I’d say it may have been twisted off and not put in your bag. Hopefully you can scratch one.

At my last club build, one of the guys was looking for the barrel sleeve for his Dragon Panzer IV. The part was called out as being Sprue ‘x’ (‘E’ I think), but nowhere on the sprue was it to be found. We checked every sprue in case the instructions had the wrong sprue letter… nope. Checked the floor inside the bag the sprue came from, etc…

3 years ago my LHS was preparing an order for Meng’s kits and I was asked by one of the employees if I need a specific kit.I asked for Meng’s “Soviet Light AA Gun Set”(SPS-026) and purchased it immediately after it arrived. I built the “Sergey” ZU-23-2 soon afterwards and had 3 more guns left to build.

Then last year, during a visit to the LHS, I heard another customer complaining he lacks an entire sprue(ZPU-4 carriage) in his SPS-026 kit.
Checked and found I have the same situation.

Luckily Meng sent out the missing sprue, otherwise it would have been absolutely impossible to build the ZPU-4.

You gave me quite a scare with your post.
I had to dig it out of the stash and check the parts.
I was lucky and my boxing contained all the sprues, phew …

Just the other day, I decided it was time to toss out 99% of the year’s sprue collection — got tired of the clinging vine! … Hmmm, better check.

Yikes!.. My Dremel chuck and another grinding wheel had fallen into the sprue garden! I knew I heard something go thunk!

The Tamiya kit is very similar. The barrel is sort D56, while here is sprue D with a suspicious barrel sized hole in it. 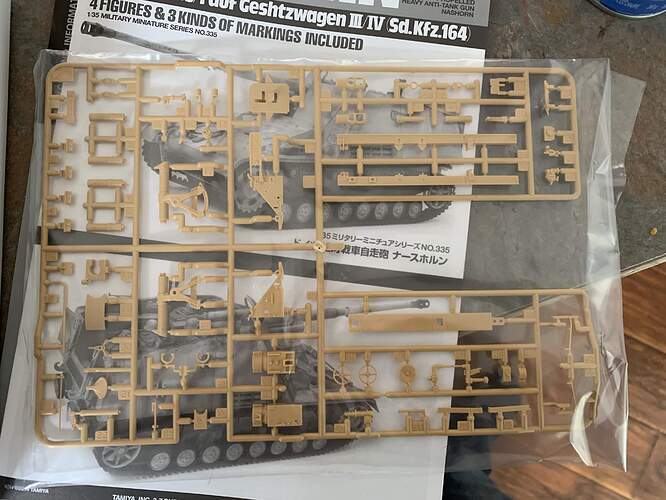 Here is “sprue” D56 stapled to the inside of the box by itself. 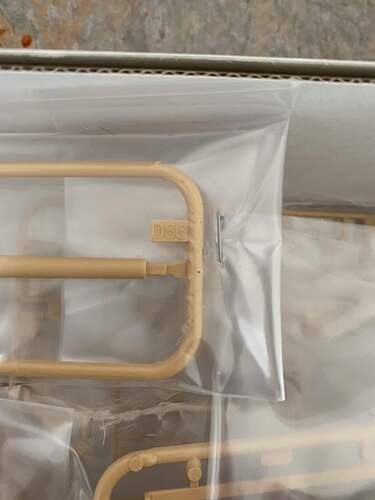 I fabricated the missing piece as best I could having only the two vague pictures in the instructions to go from. Fortunately this section of the gun frame is pretty much buried under the gun and behind the gun shield so it won’t be that noticeable when painted and finished. Let’s hope I got all the angles right so the shield fits 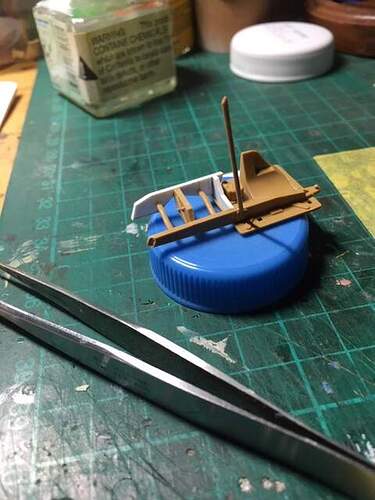 Bravo on your recovery.

And just as soon as you finish the build and get it all painted… you’ll find the part on your work bench in plain sight!!