These guys got it easy! An impact wrench, in the field even! When I was in it was done by hand, the only “power tool” we had was the hydraulic end connector puller, and that was only on the M1. On 60s it was all manual. Back then changing track for the platoon was an all day event.
Ken

Having to short-track by hand, sh*t that was hard.
“We used to dream of having a shoebox.”
“You tell the youth of today that, they won’t believe you.”
(Monty Python)

Here is another great video: Replacing a Road Wheel - YouTube
Notice the use of the “dog bone” to raise the road wheel up off the track.
Ken

back in the sprig of 1980, we had an “open house” at work. They brought in several tracked hulls and a few wheeled things. Then one morning a flat bed trailer showed up with an Abrams hull on it. Only to be followed by another with the turret and tracks. We had nothing that would handle that kind of weight so we went across the street and got Dotlich to bring over two cranes. They picked up the hull and hand it on the ground in a half hour. The turret stayed put while the removed the tracks from the flat bed trailer. I was amazed at how fast they had the tracks installed on the tank hull. I know it was less than an hour and a half for both. Then they picked up the turret and drove the tank hull under it (took two cranes to pick it up). In less than forty five minutes the tank was up and running (after turret installation). That was the first complete M1 we’d seen. The Army guys were from Ft. Knox, and they took it out on Grand Ave to see if all was well. (we are within eyesight of the IMS race track). The Speedway cops blocked both ends of the street (maybe three city blocks long). Then it rained! After it quit raining they went back out there again and then I saw just how fast the thing would go. At the south end of Grand Ave the driver went into a side ways slide on the wet pavement. Kept getting closer and closer to the white Crown Victoria blocking that end of the street. The cop’s eyes looked like silver dollars as 60 tons of steel came at him at twenty mph! Then when they were about fifty feet from the car the driver took off the other way. While this was going on a third truck (five ton?) rolled in with the side shields. He brought it back and they installed the shields. Then drove the tank down the back way to go inside the building (brand new building by the way). They measured the hull width, and had roughly three inches to spare going thru the big door out back, but then the added the shields! Needless to say the big garage door came down on top the tank as it went thru. The Sec. of Defense was to be there the next day! They paid Overhead Doors a huge sum of money to have that door replaced before the grand opening. Even had everything painted like nothing ever happened.

Funny thing about that crash was that it didn’t even scratch the paint on the tank (just strait O.D. green). TACOM ate the bills like it was nothing. When the dog & pony show was over with, it was even funnier!
gary

when I was going to tack school, we had to change the tracks on an M110 in the field. Wasn’t too bad till the very last part. They had a tool that pulled the track ends together (not hydraulic) then connected them. Perhaps three hours work. Changing a 19,000lb. barrel was another story!!
gary

Now I know why I joined the Navy and not the Army. By the way a barrel change on my first ship required a floating crane to lift the 110 ton barrel.

That is amazing Phil. My sons and I would go on a boy scout trip every year to the USS Massachusetts in Fall River, Mass. They gave us pretty much full run of the ship since we were sleeping there for the night. I am absolutely fascinated by the sheer size of those guns and pretty much everything else on that ship for that matter. It’s the only thing that really fascinates me more than armor. There was a training video they had running in one of the rooms which showed the loading and firing sequence… good god! And the size of those rounds was amazing…

Very interesting , thanks for sharing ! How did you manage to find this ?

Incredible ships really. Was the New Jersey in the same class as the Missouri? Been to that one in Hawaii a couple of times too.

Hey Rich where do you live? I’m in Connecticut. My son (an Eagle Scout) and I used to sleep over on the Massachusetts every year too. Each year we’d find a new part of the ship we hadn’t discovered before. Must have bunked on her a dozen times. Now THAT’S armor!

I’m on Long Island. Yeah when both my boys ( my oldest made Eagle too ! Congrats btw) were in together we always made that trip and I would discover areas I hadn’t seen before.
Funny story… I was down below (I have no idea which deck) and checking out the rooms with the models in cases. All kinds of models ; tanks ships planes etc and I got to the front of the ship I think where the brig was, it’s about 9:30pm and I don’t hear anyone around me. I was looking at the models for a long time and as I’m trying to find my way out I came to a ladder and tried to go up. The hatch at the top was locked; I tried this about three more times and came up with the same problem. Finally I came to another hatch and pushed it up only to find it chained, with parents of my scout troop standing around the hatch. They were laughing their arses off and had to go get one of the staff to unlock it to let me up. Never lived it down ! Lol

yes, New Jersey, Wisconsin and Missouri were all Iowa class Battleships…New Jersey is also a museum in Camden New Jersey across the river from Philadelphia

Ok that’s what I thought

It was shared on Facebook. There is a lot of this kind of stuff all over Youtube.
Ken

Thanks for sharing Ken , sorry for going off topic btw.
I thankfully only had to change track on our M113s a handful of times but it was a ball buster but probably no where near as hard as on an M1.

I thankfully only had to change track on our M113s

I had to repair track on an M577 a few times, change out track blocks, etc. but not replace the entire tracks. Not too hard, but I was usually working by myself.
Ken

A tank stripped down to it’s frame: 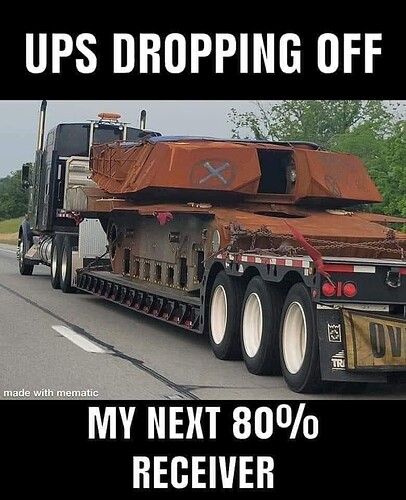