I was watching the Unofficial High Speed Tour of Borden Base Military Museum video by the Chieftain and he came across this tank on the base. 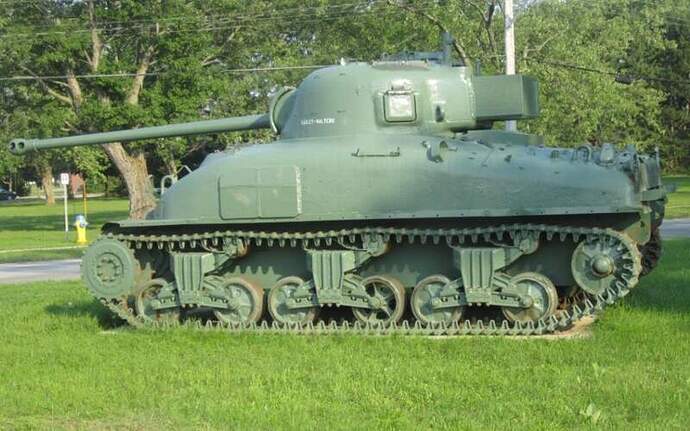 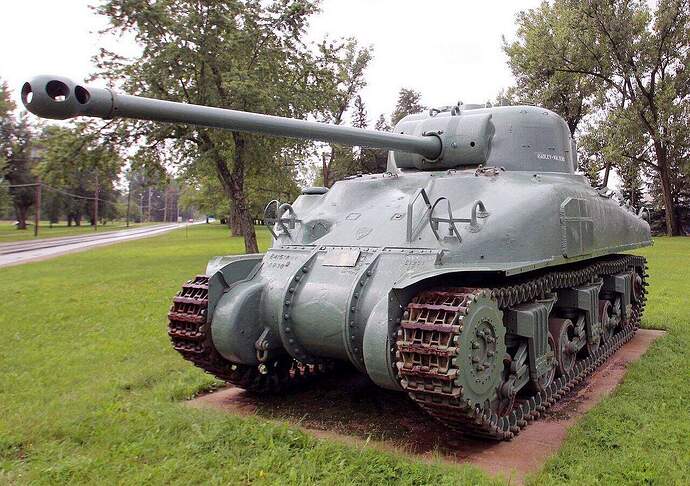 image1280×903 233 KB
He said its a Grizzly with one of the 17 pounder the British shipped over to the US. Does anyone have anymore information on this tank? Also I want some obscure Canadian armor in my collection so this is as good as any I guess. So how hard would it be to build? Get like a base Sherman set then a Grizzly conversion and Canadian tracks, a firefly turret and only use the barrel and rear bustle rack? Anyways as always love to know what y’all think!
Mead93 January 13, 2021, 2:30am #2

That sure looks like a firefly to me. If it is a grizzly with a 17 pounder it sure is cool. Another possibility for an obscure Canadian piece of armor is the AFV club Churchill MKIII from Dieppe. I need to build mine soon, but the division that supplied these tanks was stationed about 20 minutes from my house, and one of the tanks bore the call sign of my home town. I can’t wait to build it 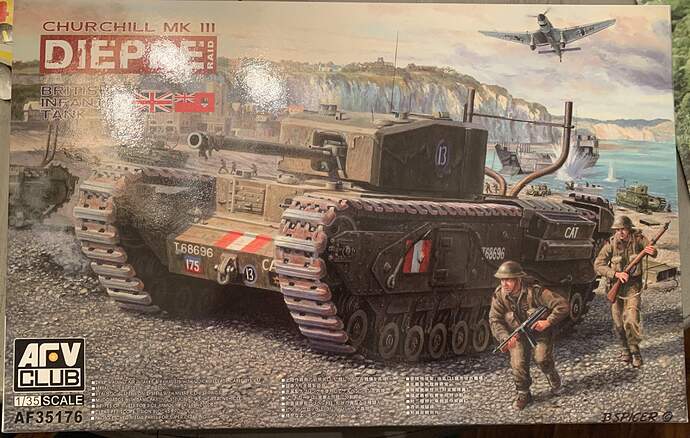 Ooh well the joys of modeling! 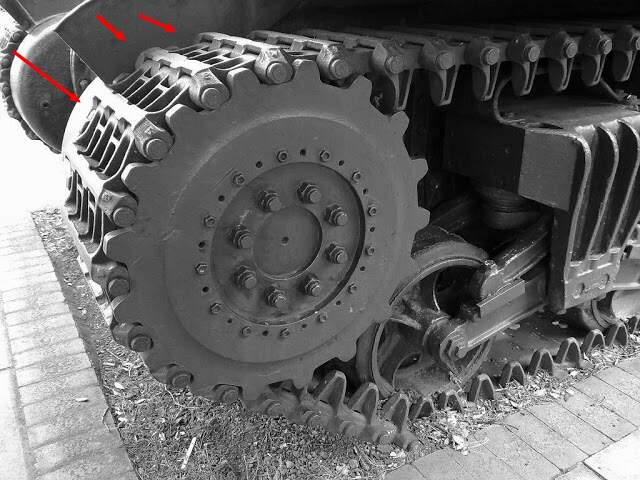 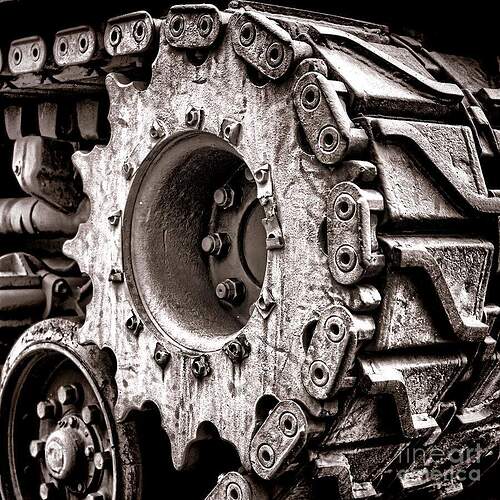 Interesting didn’t know there were any Grizzlies with 17 pounder guns! I’ll probably do a build log when I do the Churchill. Won’t be for a while though :(. Just started a 1000+ piece Miniart kit.

I will waiting for your Churchill log! Im not sure but I think there may only have been two Grizzlys with the 17 pounder,( I think it was only used for testing and training) so defiantly obscure!

Cool thanks for the info. I love the look of the 17 pounder Sherman’s. Built the Tasca firefly a while back, had fun with that kit

I was watching a video on Grizzly’s and they say these tanks underwent full Firefly conversions, does that mean they have different turrets or were they just added to the existing turrets?

If the conversion to these was the same as standard fireflys then they used the same turrets but modified them. The 17 pounder was too long for a standard Sherman turret. To cope with this two things were done. First the gun was rotated 90 degrees. This way loaders could lift the shell onto the breach instead of sliding it in (they didn’t have the length to slide it). Second a whole was cut in the back of the turret and the radio box attached. The recoil from the gun would have hit the radio were it was previously. The last thing they did was cut a hole for a loaders hatch. The new breech was so long it blocked the loaders exit and so he needed his own hatch.

Full tank is a WIP, needs weathering, tone down of barrel foliage, and it’s going in a dio. 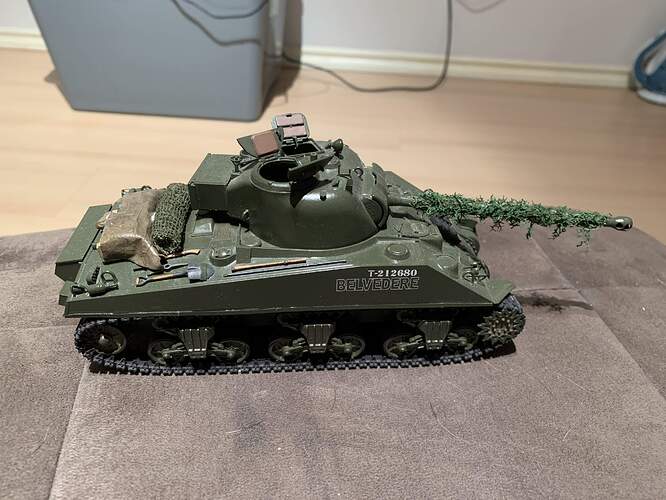 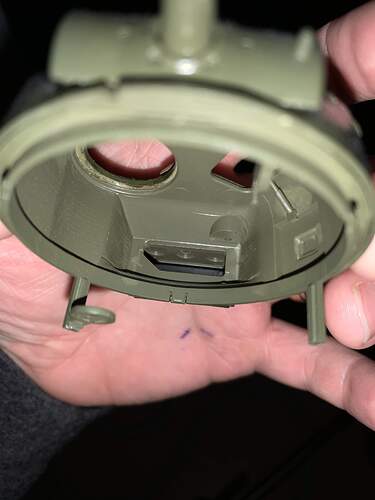 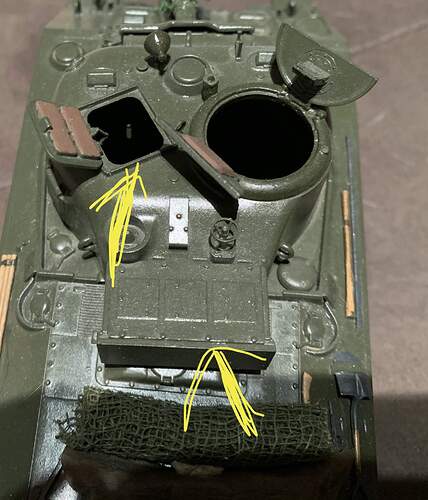 Thanks for the information! The firefly is looking great, hope you post some finished pics! So from what Ive gathered so far is I need a 1/35 M4a1 kit, a 1/35 Firefly kit, Friul tracks (they come with the correct drive sprocket.) and Canadian bogies. The rest I can most likely scratch build.

I’m not sure but you may not need a firefly kit. Maybe just an Aber 17 pounder barrel, the mantlet might be same. The radio box and loaders hatch could likely be scratch built. The other thing the firefly got rid of was the bow machine gun. I believe if I remember correctly, to carry more of the longer 17 pounder ammo. I’m not sure if the grizzly conversion also did this, but it’s worth checking

Disregard, the mantlet did have to change for the new gun

This looks like a Frankenpanzer. The British never used M4A1’s (or Grizzlies) for Fireflies, though they did use the M4 Composite hull. I suspect this is a turret-hull mismatch by the museum.

@geraldowens, yes the British didnt use the M4a1 but the Canadians did. The pictures of the tank above isnt a regular Firefly its a Grizzly with a 17 pounder used by the Canadians as a training tank.

Single Firefly turret was sent to Canada for trials IIRC. Fitted to Grizzly once arrived

Doing some research I found this written on the old forums which gives me some great info.

There were 188 Grizzlies built and they all stayed in Canada. If you want to buid one, you can do as Jim says and use any intermediate to late small-hatch M4A1 Sherman configuration with a few changes to stowage. Given that there were only 188 of them made they did have both welded on and cast-in applique on the hulls and I think the ones at Borden have the cast-in reinforcement on the turret cheek.

The addition of the Firefly turret to the Grizzly would have made it, more or less officially, a Grizzly Ic Firefly although I’ve never heard that anyone has found a document with it named any way in particular.

There was only the one made as a trials vehicle, but it was a full conversion, with the ass’t driver’s position cleaned out and ammo boxes put in, just like a real Firefly. You can see from the photo that instead of a plate over the MG position, the Borden Firefly has a plug welded into the MG hole.

Yes you can tell that this is a Grizzly with a Firefly turret and not a Firefly IIc because there were never any Firefly IIc’s produced. Just Firefly Ic composites that are misidentified as Firefly IIc’s. Plus you have all of this source info to back you up, so have at it Ezra! I’m going to gather the parts to build one (someday) too! This is a very interesting tank!

Id love to see you build this someday! Yes it is very interesting and obscure, the downside is almost everyone who sees this tank will automatically assume its a regular Firefly!

Thats pretty much everything you need to build this model. Hope it helps some people. I plan on building one myself in around March.

I think I have spare road wheels for a firefly (the Tasca set came with two types), and the appliqué armour (the vehicle I depicted didn’t use it). They are yours if you want them. I will check later tonight to make sure I actually have them

That would be great! Are they the closed type like this? 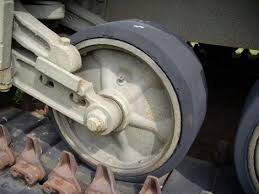 No sorry that’s what my version called for, they are the open type. I have the turret appliqué armor though, and two of the three hull pieces of appliqué. Missing the one I circled (one of the two G13) 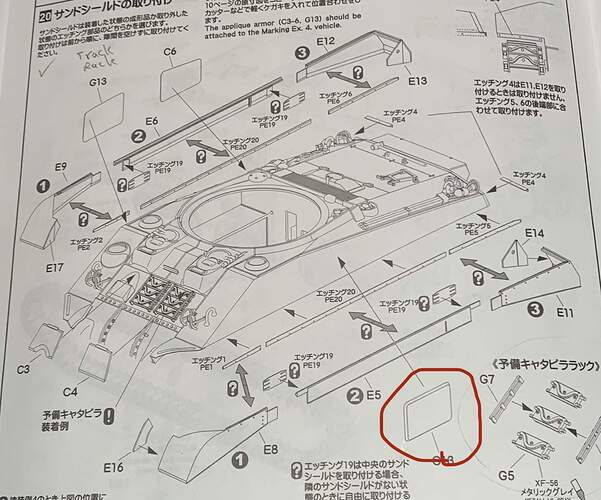 Deleting on the type of radio box you want I also have 4 of the 5 pieces. You’d need to scratch build the bottom but it’s just a flat piece of styrenw with beveled edges. I have the parts for the radio box on the right. 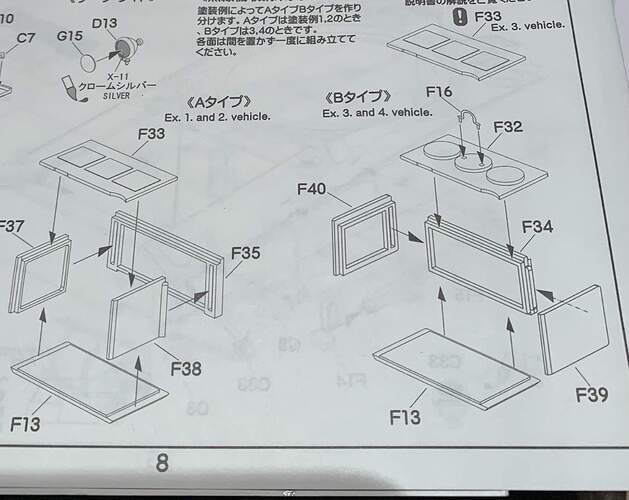