Does anyone have pics or info on the M816 Wrecker serving in ODS? 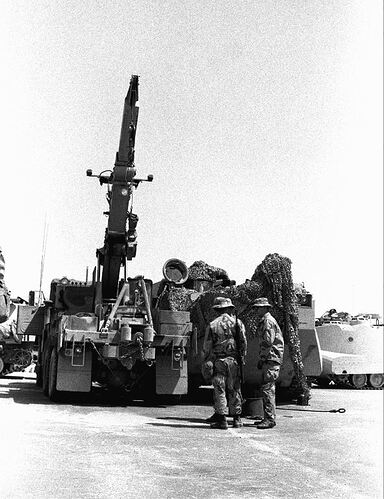 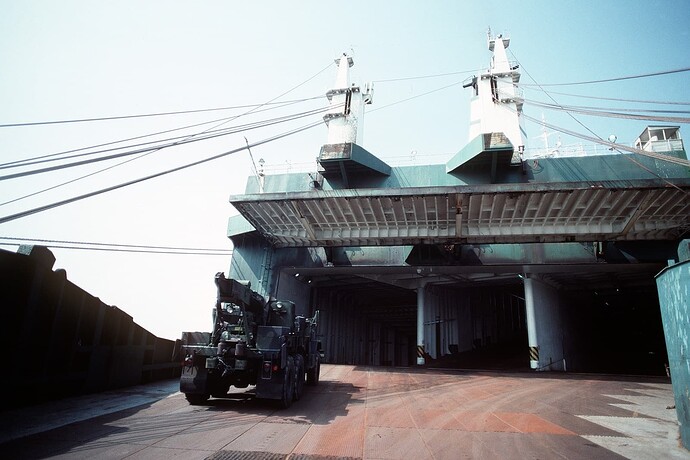 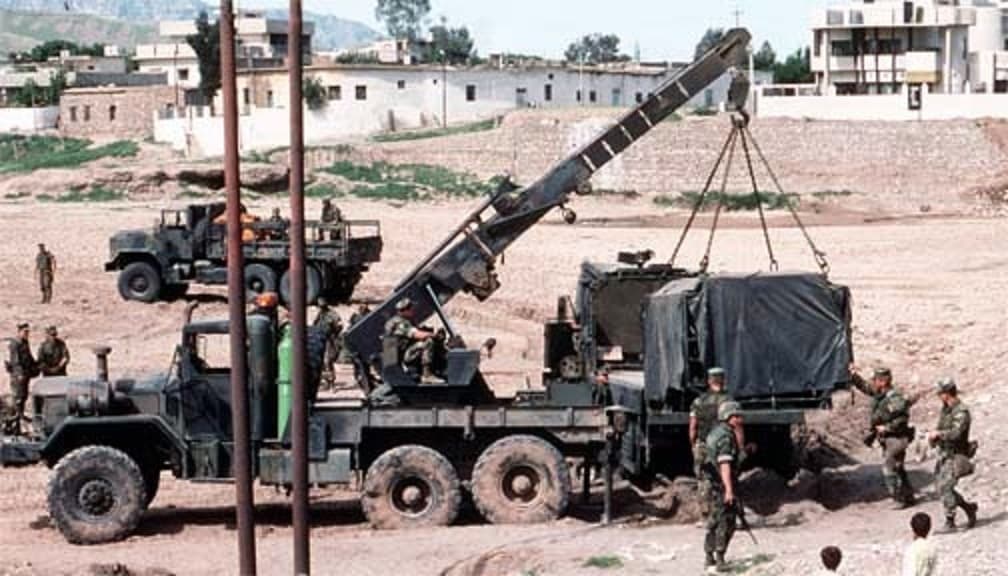 image980×450 52.1 KB
The 528th Support Battalion brought an M816 5-ton wrecker with them to Saudi Arabia for Operation Desert Shield/Storm, pictured here at Fort Bragg, NC. Over the course of the deployment, it ran dozens of recovery missions for ARSOF vehicles that had been disabled by the harsh desert conditions.

Of note, the M816 had a different front winch with a roller pulley on top. This is not included in the Hobby Fan conversion kit. 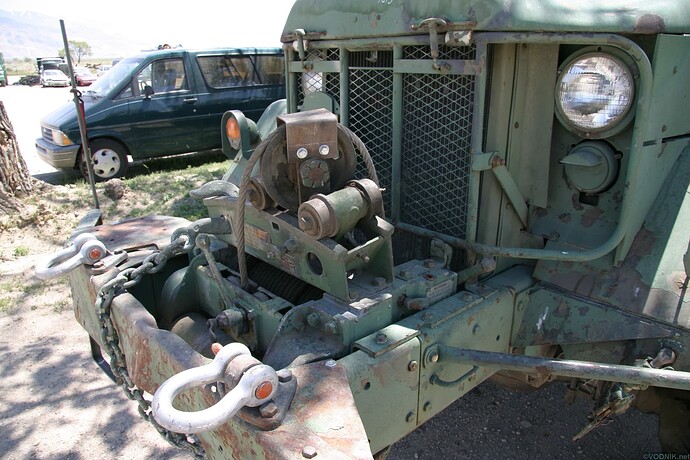 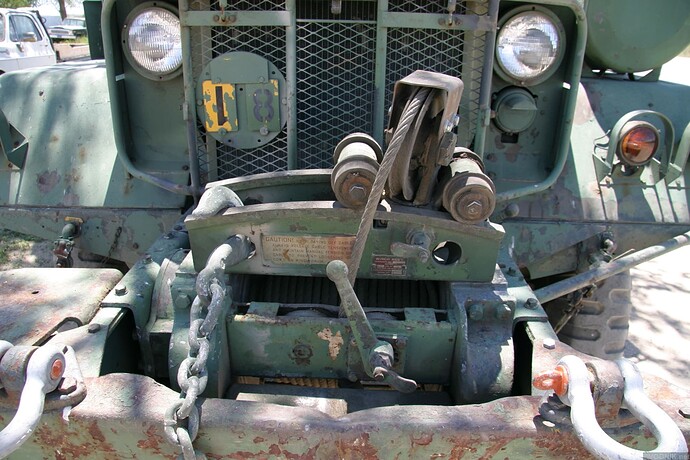 The part is available on Shapeways though. 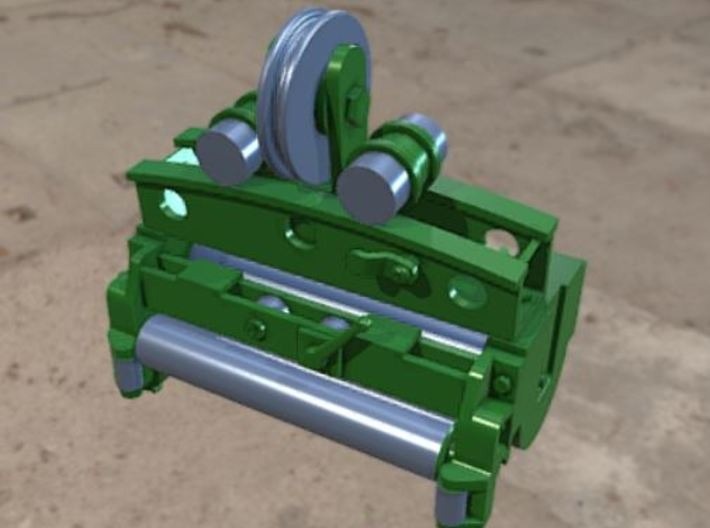 Yes, I have thought about doing the same thing with a Real Model M800 cab conversion and the Hobby Fan wrecker body.

I have the HF wrecker set but was hoping to keep that for an M939 build. RM do/did a wrecker conversion too.

The winch info is much appreciated as are the pics and text.

The only M816 I could find is on order. As is the Shapeways winch.

Good deal. I am looking forward to seeing it.

Just a heads up if anyone doesnt know; the DEF M54 wheels #35116 I’m using on the M813 do not have hubs, either built into the outer wheel like the donor kit’s original wheels, or as extra pieces like the Panzer Art M54 wheels.

AFV Club’s M54 kit includes them as separate pieces, but if your conversion is based on an Italeri kit as mine was, beware.

I’ll be trying 1/4 inch dowel to fab these 4 pieces, with the donor kit’s hub “caps” to finish them.

That idea didnt work, cant drill through dowel for the axle ends. I’m working with Alex at Shapeways to design f and b hubs to work with the Italeri M925 donors, to be used on my RM M52, M816 etc builds.

I have a set of hubs that a friend cast from the Hobby Fan hubs. I plan on using them on my M816. You could also (now) copy and cast a set from the AFV Club M54. If you want to scratch them, I would use a section of 1/4" styrene tubing for the hub body and a round block of resin for the brake drum part.

Nice idea Gino. Given the various RM kits ive got to do, I’m going to let Shapeways do this job for me.

Good deal. Post a link here to them at Shapeways when they are ready. I have a couple more sets of wheels as well.

Will do. My only concern is the three Italeri M939’s with super singles. Im thinking their hub details will be slightly different than the M925 ten wheelers, but hopefully we can get around that.

Ive checked the Italeri Hillbilly guntruck and its (big single) axle details are very similar to the ten-wheelers.

All they really changed was the wheels between the two kits. The brake drums/wheel backs remained the same.

Having looked through that kit I might build it OOB with a few upgrades. I like the cow catcher!

Wonder if the new Ilove M939 is compatible with the Real Model pieces? 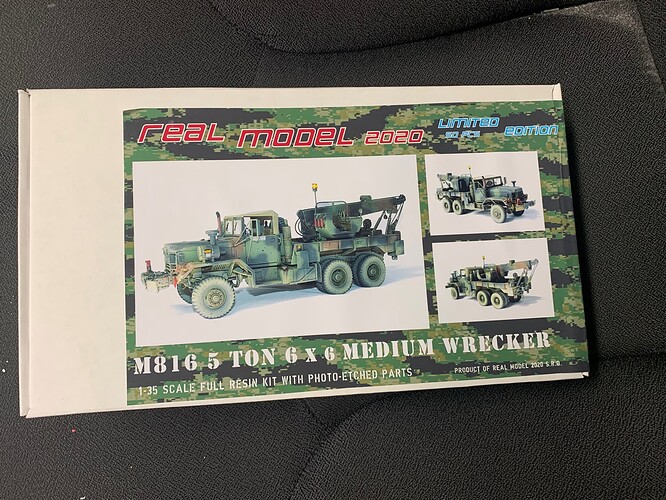 It’s a way down the list in build order and will probably be a tough one.

But, up until now I havent been holding my breath

I’m working with Alex at Shapeways to design f and b hubs to work with the Italeri M925 donors, to be used on my RM M52, M816 etc builds.

Any luck on having the hubs designed? If so, how about a link to them on Shapeways.

Dennis Martin made those hubs for me. Theyre in use on my M813 and were a great fit. Not sure if he created a link for them, Ive only bought from him and from links on this site.

In other news Im working with James Lee to help him create an M800 series cab for the AFV M54 kit. He’s keen on getting the M800 series trucks built, as am I.

Planning to send him my unbuilt RM M818 to ensure accuracy.