I know there was a thread on the other site but Ive just opened my Italeri M901.

Two things occur, the tracks look horrible. Are they do-able or whats the best AM replacement?

The kit sounds good based on the earlier thread so would the Eduard (for Tamiya) set be worthwhile?

The tracks are not bad at all and build up nicely. The kit overall is pretty good. One area that needs attention is the blackout drive light on the front. Italeri molded the hood 180 degrees out. Cut it off and turn it over so the flat portion is facing down.

The Italeri M901 kit is ok. Not great, but not a dog. It’s missing a few things that you can scratch build or pirate from elsewhere. The biggest shortcomings are on the Hammerhead, which is simplified. I built this kit when it was first released, and upgraded it to what I knew.I crewed on ITV’s 84-87 so I will happily answer any questions you might have.

Thanks Gino. M113 set from Eduard any benefit?

Thanks SP. Any pics of that build? Id like your views on the Hammerhead issues you mentioned and any other areas that could be improved.

Which version was yours? I think there were 2 upgrades. This might help sort out the Eduard PE question too.

Maybe on some of the smaller details. I am not a big fan of PE sets. I find most pretty useless as they tend to replace round, 3-dimensional objects with flat pieces of metal. I can usually scratch or add plastic to bring up the details.

I was mostly on M901A1s, but later they were upgraded to A2 standard to use TOW 2 equipment. That upgrade was mostly wiring installed.
I don’t know what comes in the Eduard M113 PE set, but the main thing that the kit really need in common with a 113 is the mesh that goes over the intake and exhaust grills.
I’ll take some photos of mine tomorrow and point out issues with the Hammerhead as molded, and what I did to change most.

Ok, here is the one that I built when it was first released. I cut out the opening for the sight and added a daysight from a Testors Italeri TOW and scratch built the AN/TAS-4 thermal site to sit on top of the daysight. I also used lengths of sprue to represent missiles in the launcher and used the kit parts for the end pieces. The white front ends are for the plastic diaphragm that seals the missile in the tube until launch. I fired three live missiles during my time as a TOW gunner in the 80’s and all three had white diaphragms. One other correction to the Hammerhead was adding two sections of flexible straw to represent the covering on the optics that flexed when the launcher was raised and lowered. 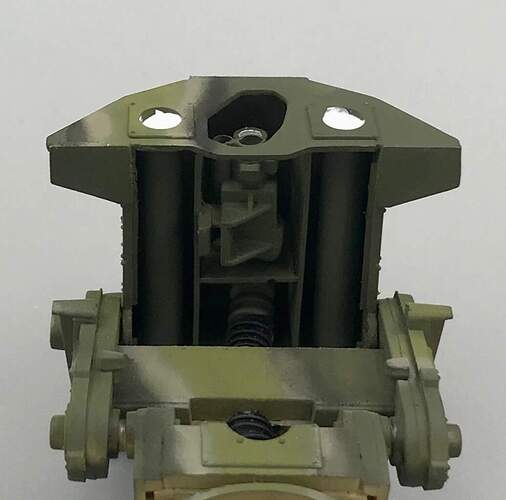 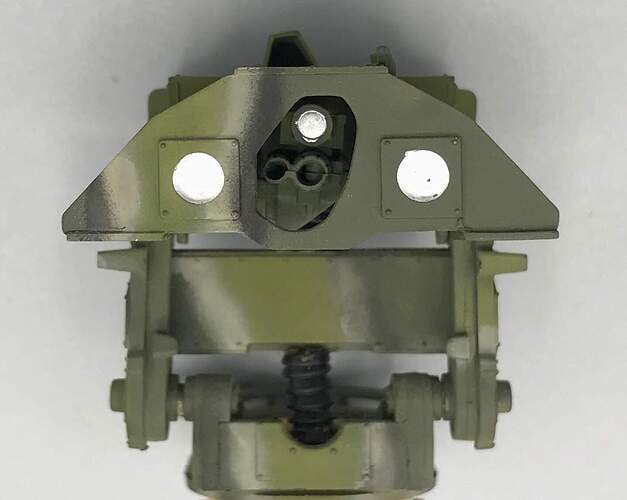 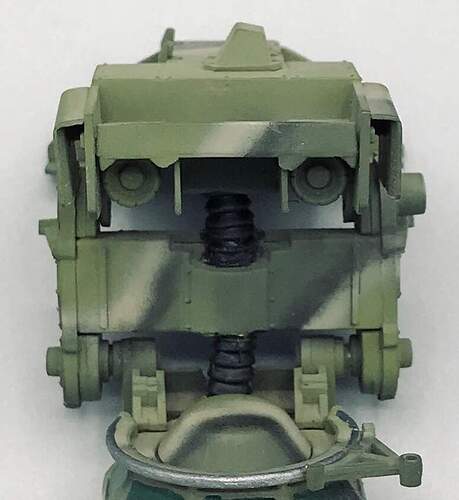 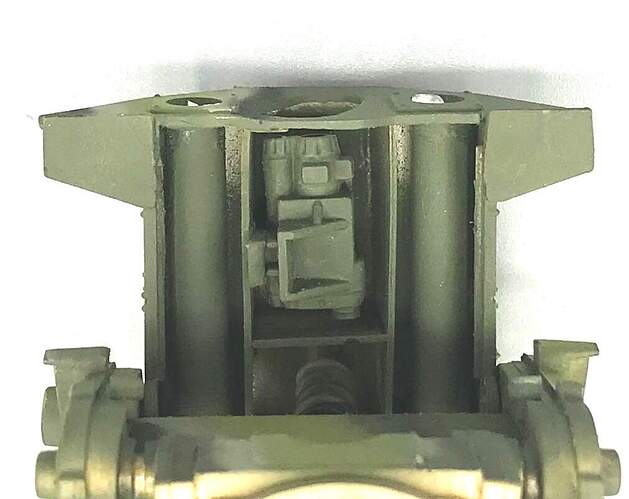 The other things to be addressed on the kit 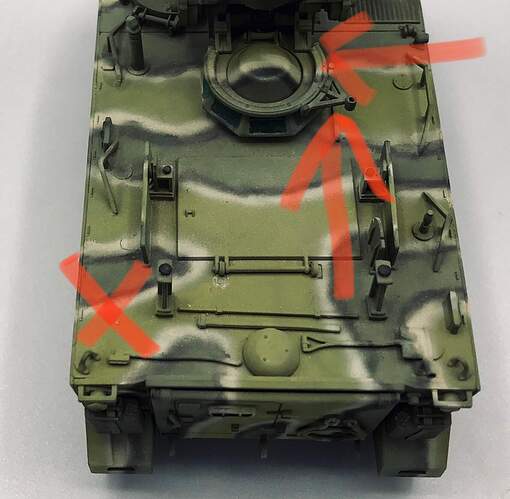 Lastly on the glacis plate, the smoke grenade launchers and the grenade round stowage boxes need to be added. And if the instructions don’t show this, the two spare tack shoes need to be repositioned to on top of the trim vane where the shovel is normally stowed on a standard M113. 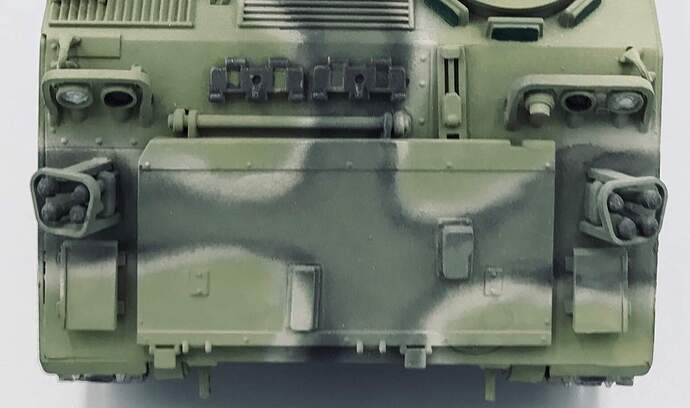 Thanks Richard. It shows its age to my eye, and where I was with my skills, techniques, and tools back in 93/94. But this was a very personal project to me, being one of “my” tracks, so I did the best that I could at that time.

I hear ya, my skills are much better now too. I still think it looks excellent for that time frame bro.
I really should do a track that I was in… a great idea. Never really thought about it.

You should build one of your tracks. I plan on eventually doing all the types in my Mech Infantry Battalion and the major stuff from the 5th ID when I was there, 84-87. I’ve got a few built and many more in my stash to build. Still have a few holes in the collection to fill.

Yes you’re right I should. I did build Tamiyas 113 and M1 in high school and then when I got back home in July 89 I shot them up with my BB gun lol

FYI @Johnnych01 has converted the Golden Memories campaign to showcase just that kind of build of your own rig.

Great thanks for the heads up I’ll check it out

Aside from the screens for engine deck grills, tie down straps & points, and the brush guards for periscopes, antenna mount points, and the lights, most of the Eduard PE set would be wasted on the M901 kit. There is no interior to dress up, which is what most of the PE parts are for.

Great idea @metalhead85 & @Stikpusher, come and have a look on the thread that Ryan linked in. There isn’t a time limit so you can do a Golden Memory on a slow burn and give them the love they deserve

There one big problem with M901/M981 kits. The cupola is way to small. It`s on oth Italeri and Academy kits, because they copied the eqally small Verlinden cupola. The only option is the correct cupola from PSM.