Yes I totally agree with you on the modern French stuff- a VAB and VBCI would be very welcome releases!

More progress on the Renault. 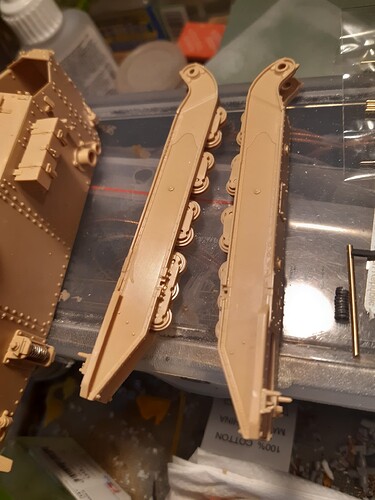 Going really well Jacob.
Have got one of these, but no idea where to start with it. It’s quite a complex kit for its small size.

Good luck with the springs in the suspension.

amx 30 B2 build in parallel with my VBL 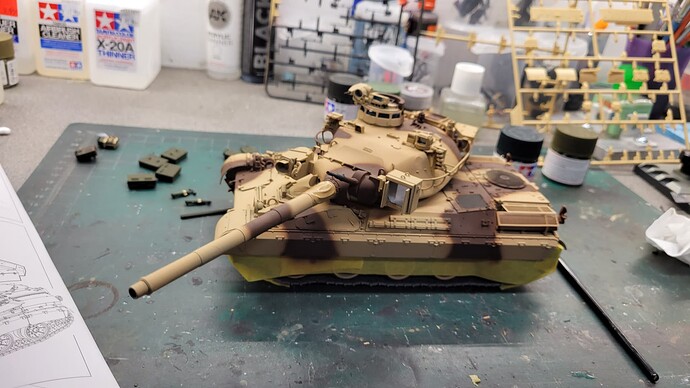 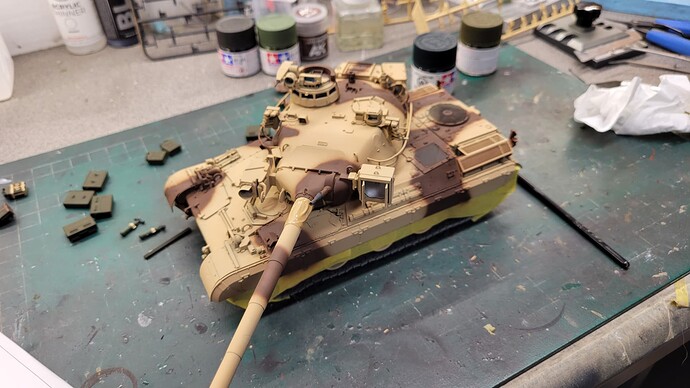 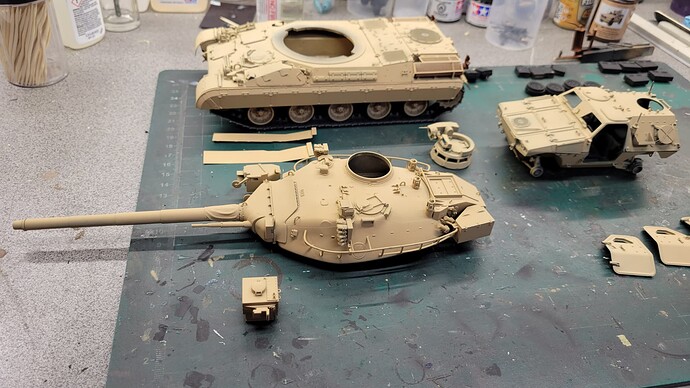 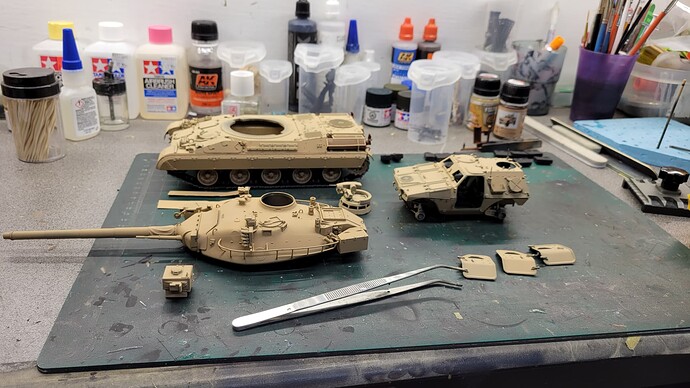 Those look ace Jonathan- really liking that tan and brown camo- both vehicles should look fantastic in that scheme.

Pushing ahead with the running gear. The springs arent realy doing anything. I replaced two of them. Individual track links are nice but have a extraction mark in a very inconvenient place. Instructions call for 32 links, but thats too much, while 31 is not enough, so the sag is too excessive. And no way to adjust the running agear. 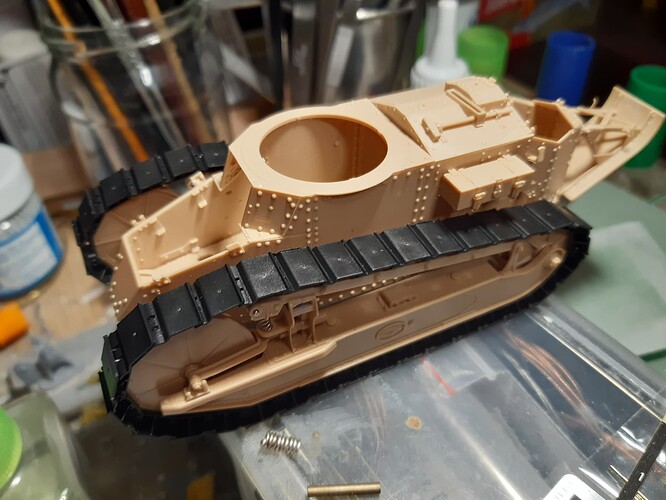 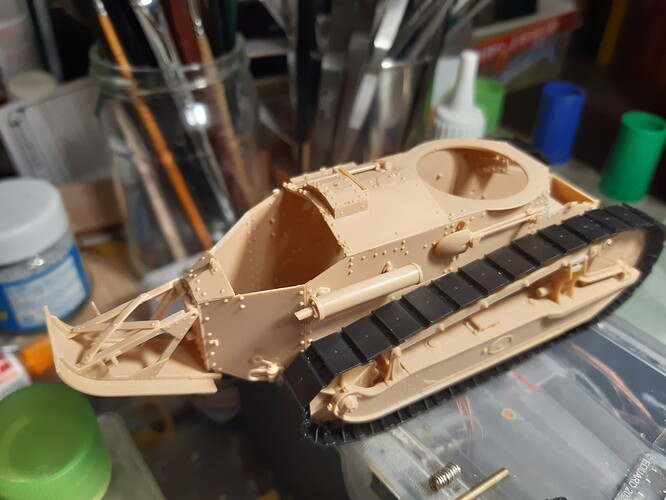 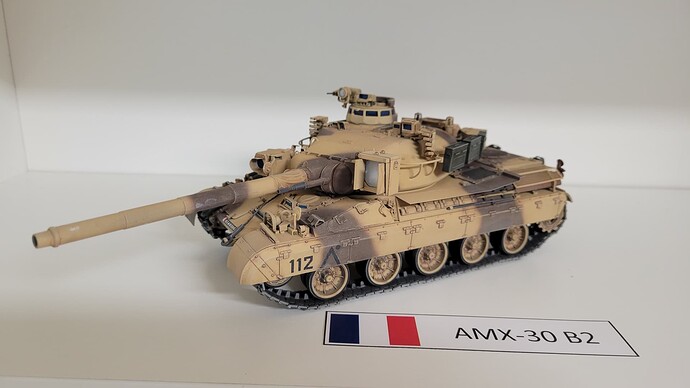 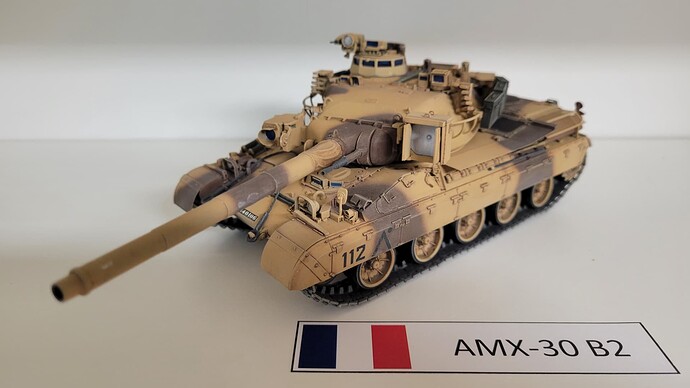 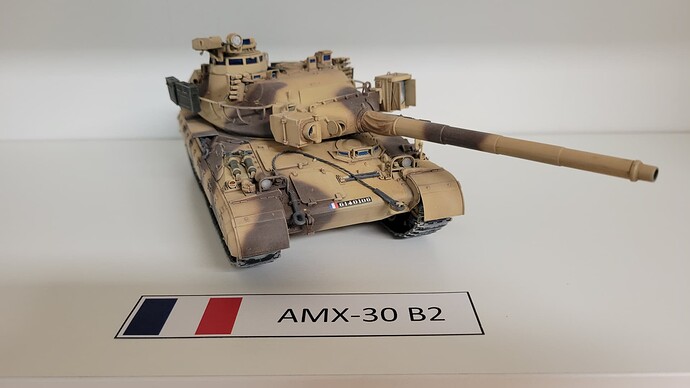 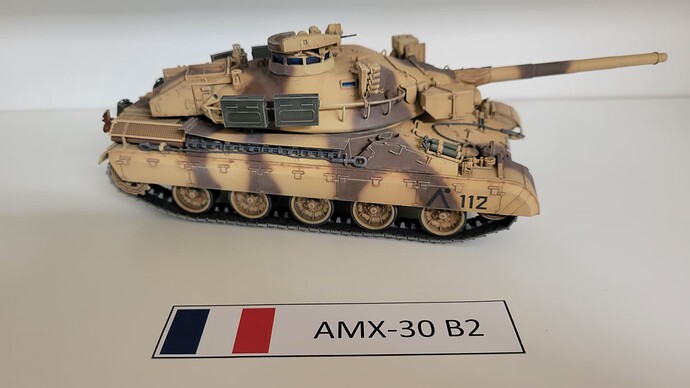 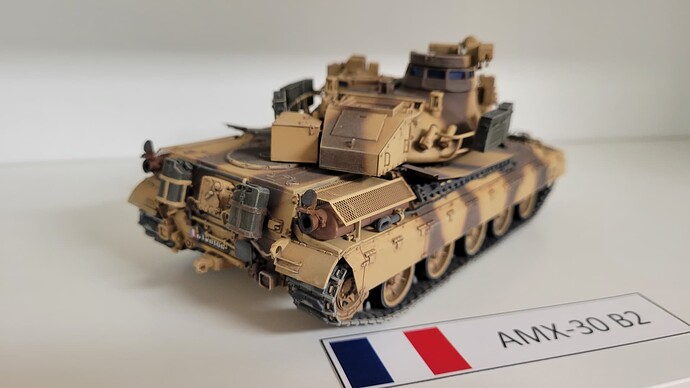 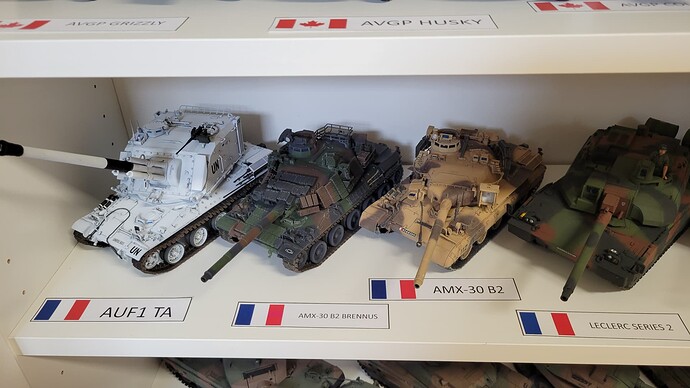 Nice indeed. Tell me about the auf1 build, please. I have eyed that kit a couple of times…

meng has 2 versions of auf1 I built the auf 1TA version without interior the other version meng ts004 the interior of the turret is included, like all meng kits the model is very detailed with a lot of parts it is a model that requires a lot of time for assembly

That is a very nice collection indeed! Lovely, also the variety in color looks good!

My contribution to this campaign will be the C 714.(since I"ll finish the Trumpy campaign tomorrow)

The C.710 were a series of light fighter aircraft developed by Caudron-Renault for the French Air Force just prior to the start of World War II. One version, the C.714, saw limited production, and were assigned to Polish pilots flying in France after the fall of Poland in 1939. A small number was also supplied to Finland. The original specification that led to the C.710 series was offered in 1936 in order to quickly raise the number of modern aircraft in French service, by supplying a "light fig... 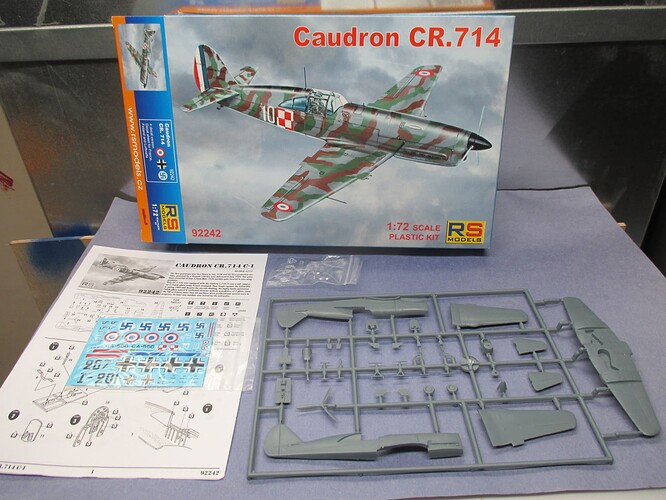 Nice choice, Stevie. Looks like a straight forward build although looks can be deceiving

Have you decided on a color scheme yet? The decal sheet looks to have many options!

My entry:
I will build a Peugeot P4P with a Blast Models conversion and wheels from Azimut Productions 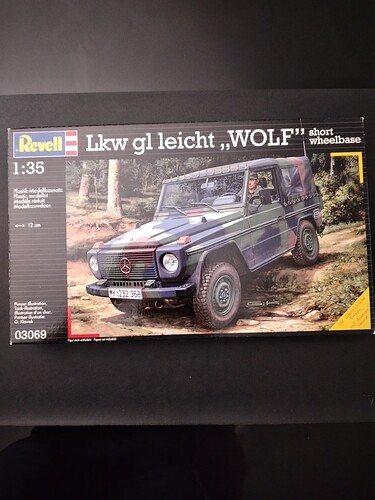 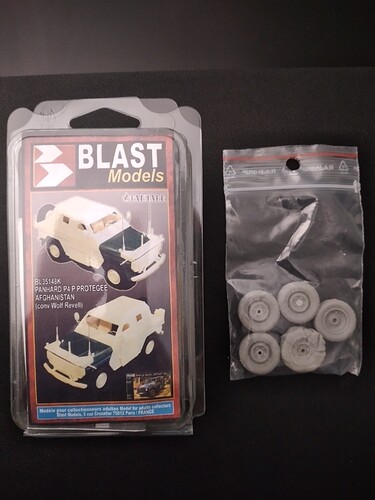 The fit on this kit is NOT good and I am having to do a lot of dry fitting then filing.
first is the instrament panel painted 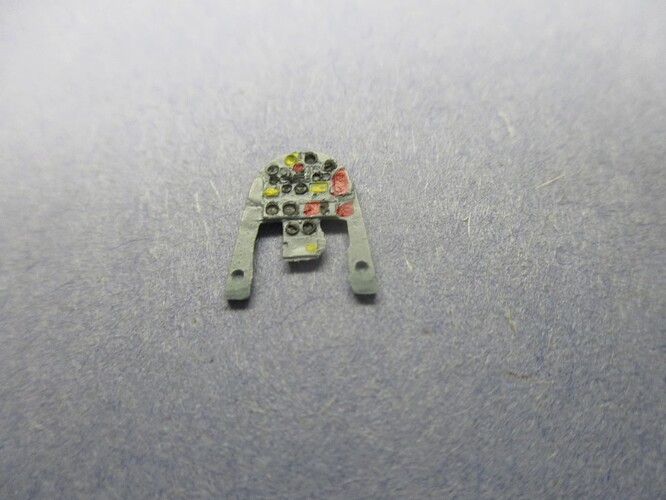 IMG_05151920×1440 128 KB
next is the cockpit floor back and seat. It needs to be carved to fit into the fuselage halves. It IS painted according to the color call out on the insruction sheet 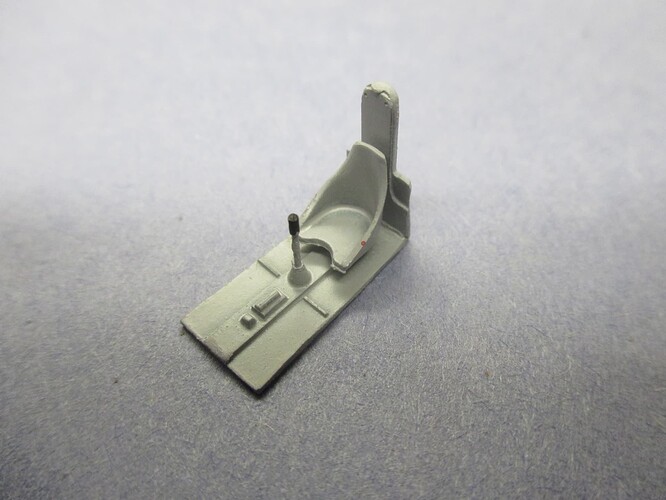 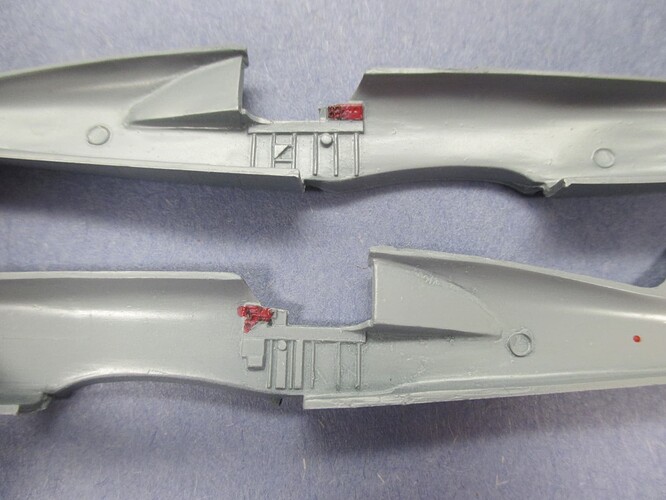 IMG_05171920×1440 147 KB
The gap above the cockpit will need to be filled. I could pinch the halves together but then the canopy would stand proud of the fuselage there 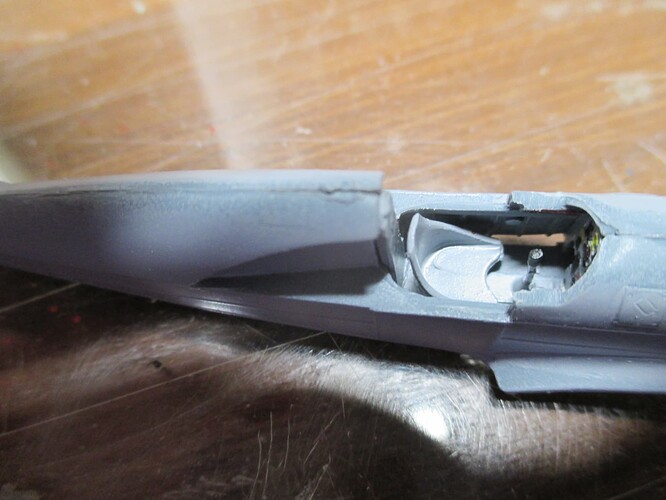 Building the wing assembly. Again a lot of sand to fit issues. The first is the sprue gate extending onto the part and needing to be sanded away to allow the wing parts to fit together. 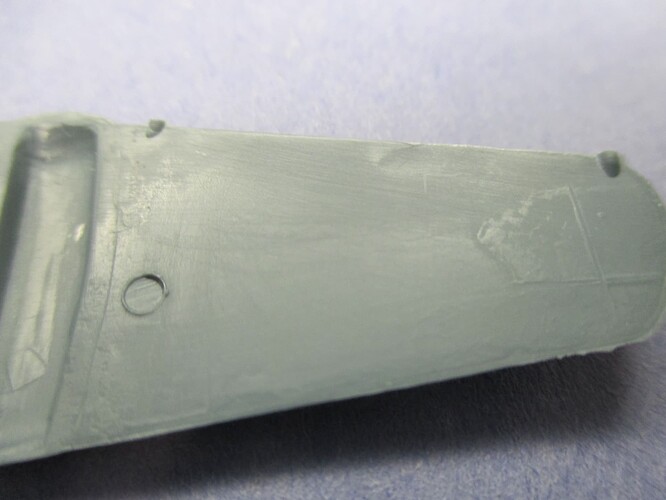 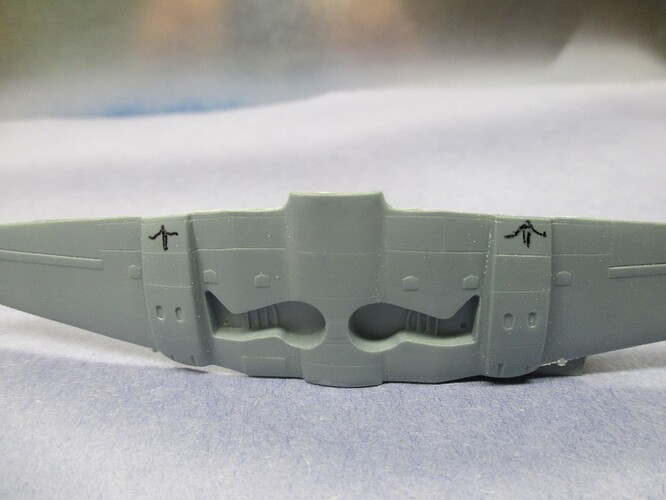 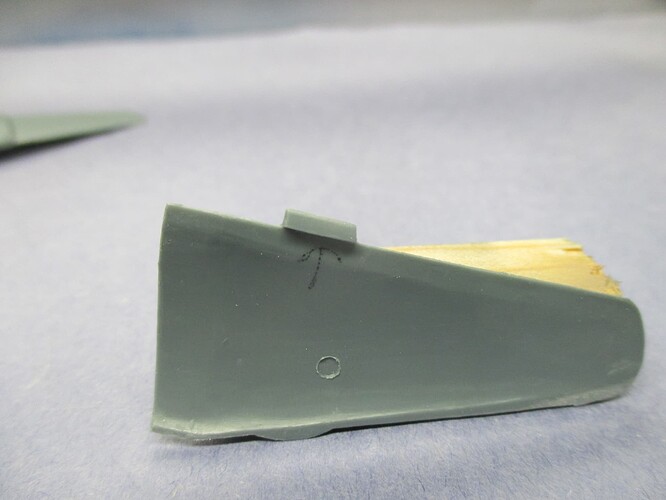 Good choice. However the interior is not correct, especially the rear compartment.