First I am sure some will not like this forum location but figured since it was AFV postman thread that folks asked for a review this seemed to be the best spot for them to see it.

I bought model G233 from Amazon as I was looking for a bigger needle for primer painting. It comes with a 0.2, 0.3 and 0.5 needle and tips. It also has a quick release connection parts. 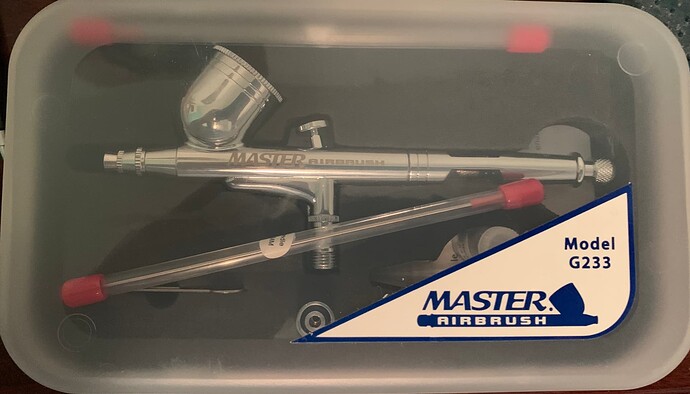 The model is very similar to the Iwata HP-CH gun I already have. This Iwata has a top cup but also a MAC system. My Master did not but I have seen other Master models that have this feature. I am not refined enough to appreciate this feature. 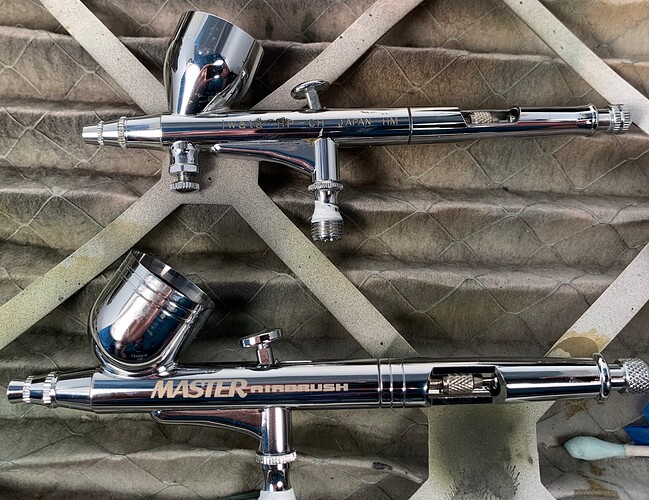 There is a difference to the feel of the brushes when using. Iwata seems tighter and Master has a looser feel. Could be use and cleaning with Iwata. Not that one way is better, it’s just different. They both spray well for me. The bigger difference I noticed was inside the cup. Iwata doesn’t give you the extra space that Master gives with a much larger well area. While this didn’t seem like much, it was an extra area I had to pay attention when cleaning as paint was collected in there. 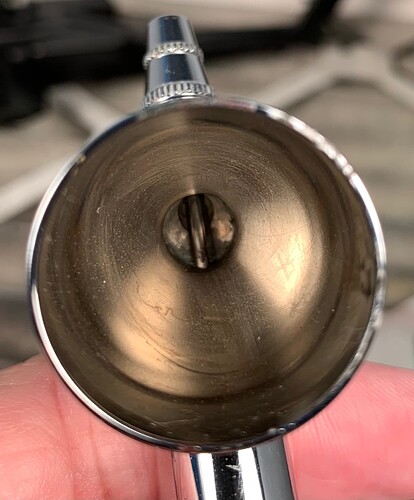 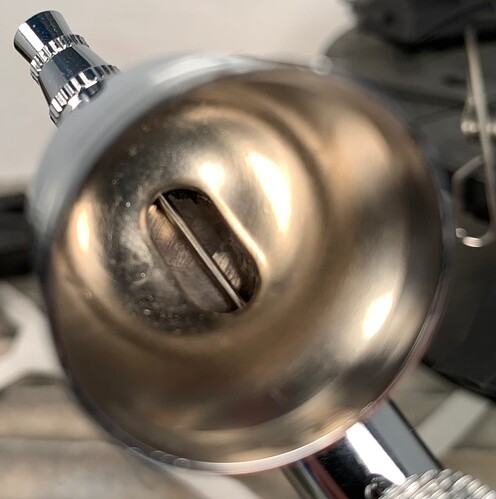 While I had issues with my Iwata with 0.3 needle and stynylrez primer in the past and I fully admit it was probably user error. Using the .5 needle, I poured the primer from the bottle and sprayed with no issues from the primer. 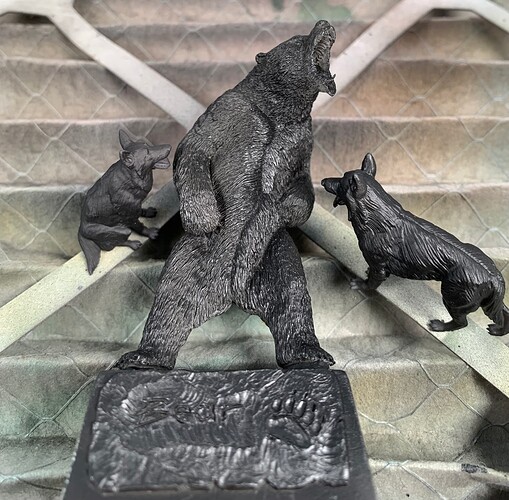 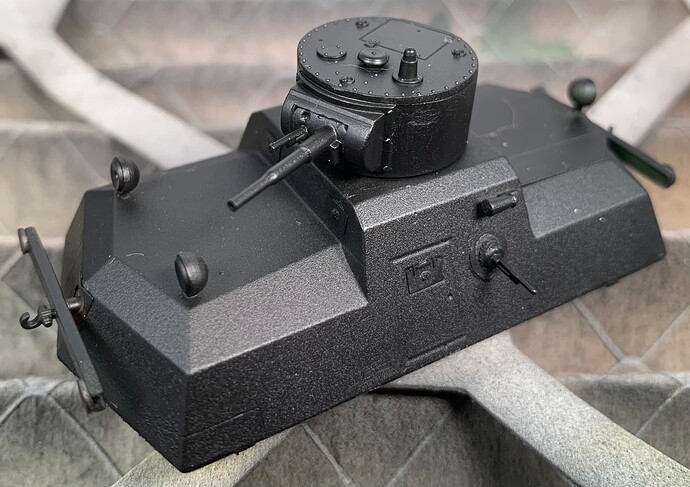 The Master airbrush did what I wanted and will be my goto primer gun. I do still plan to use the Iwata for my day to day (ha, I don’t spray that much). For about $40 I cannot complain about the Master
Airbrush.

Hope this help anyone on the fence one way or the other about the gun.

*I did add the quick disconnect to my existing hose and Iwata moisture trap because the disconnect has a shutoff value and it’s easy enough to spin off the gun myself to change out. Instead of upgrading the other guns to a disconnect.

Excellent review. I think you hit on a problem with airbrushes that sometimes can be annoying- that the smaller bore will create nice, tight lines but at the expense of flow problems if the paint is on the thick side. I switched from a 0.3 to a 0.4 airbrush and even that small difference in needle size has made it easier when using Mig One Shot and Vallejo Primer. I think, for the price, having something like this with a changeable needle is a good investment.

$40. I spend more than that taking my grandkids to McDonalds! For $40 if it blows paint where you point it more than once you almost can’t go wrong. I’d buy one if I didn’t already have 3 Iwatas.

Thanks and I agree.

I have two Iwata’s but both are 0.3 needle. I haven’t priced it out for changing the needle if I can with those models but I would be close to the same amount me thinks. Having a dedicated gun made more sense to me. If you want a bigger or smaller needle these might be a good option.

just bought one of these off e-bay,has the built in mac valve,i also have a generic cheapo gun(cant remember the brand),that i use for primer,.05 needle for A/K primers,and a iwata neo,and bilek gun for detail as back ups,i have not yet used my master gun yet.

Its a $40 airbrush you cant compare that to an Iwata.