After screwing up my AFV Centurion build and then having Covid 19 I have got my mojo back. I will try and RTFM properly this time.
It will also make a interesting sided by side comparison with the Takom one on my display shelf. 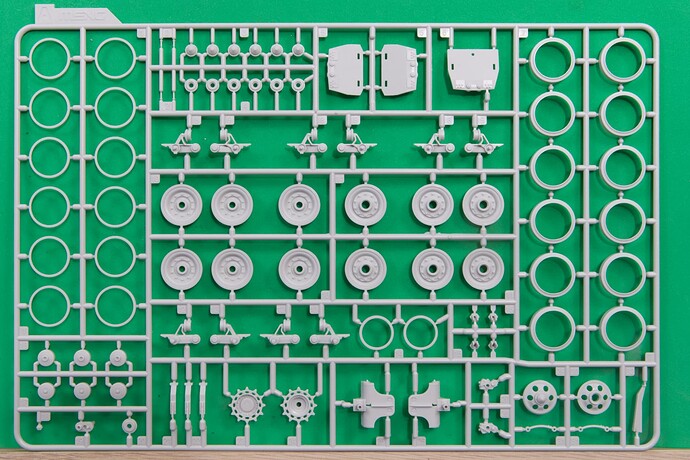 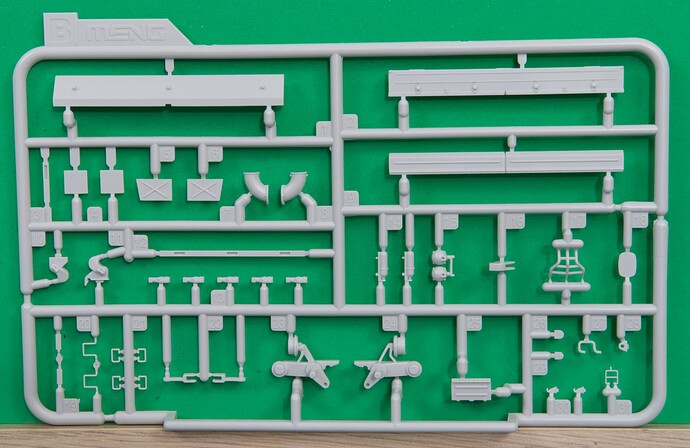 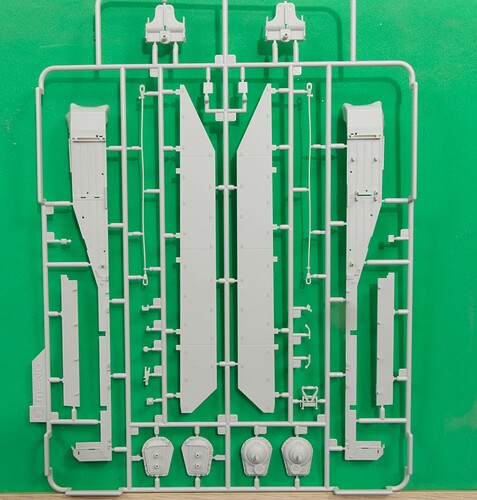 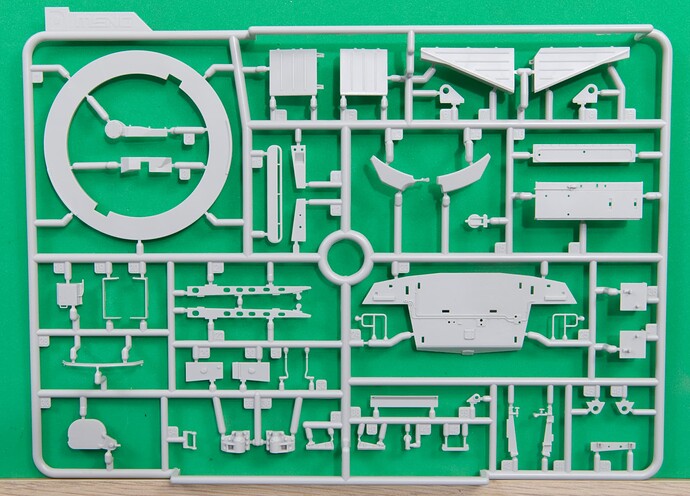 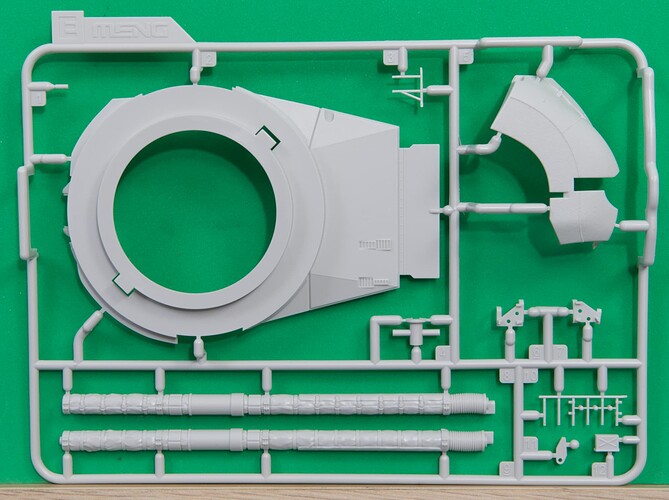 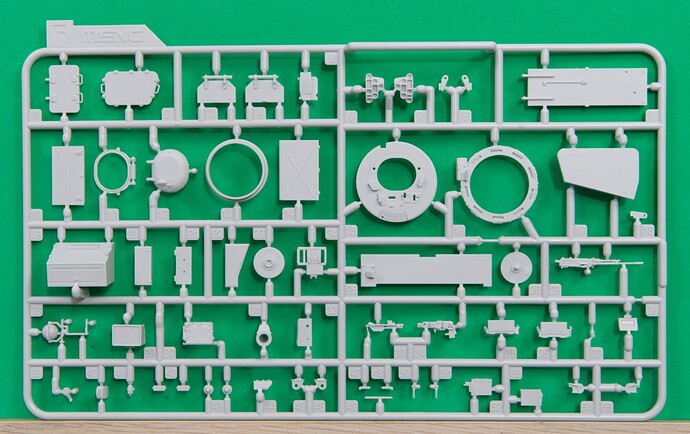 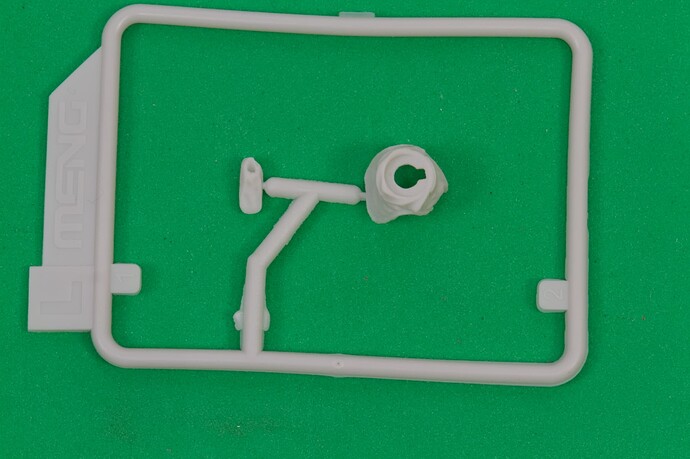 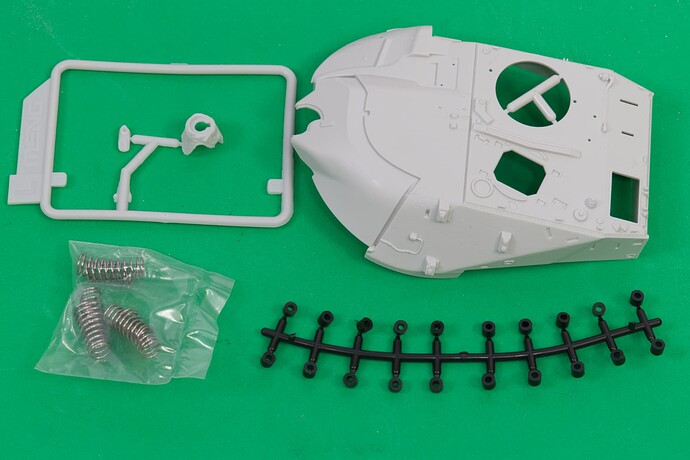 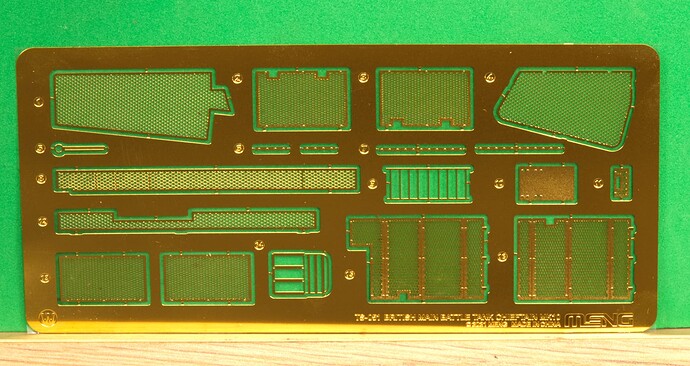 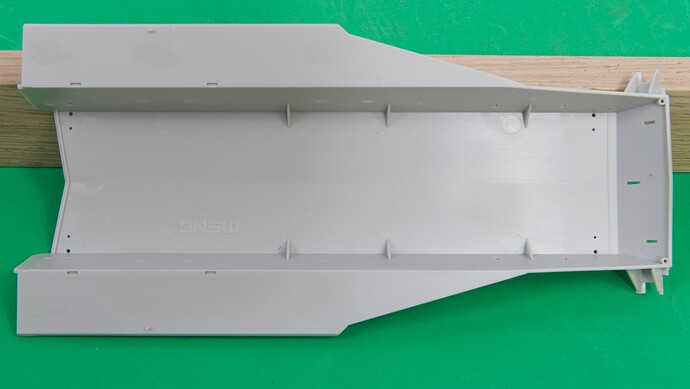 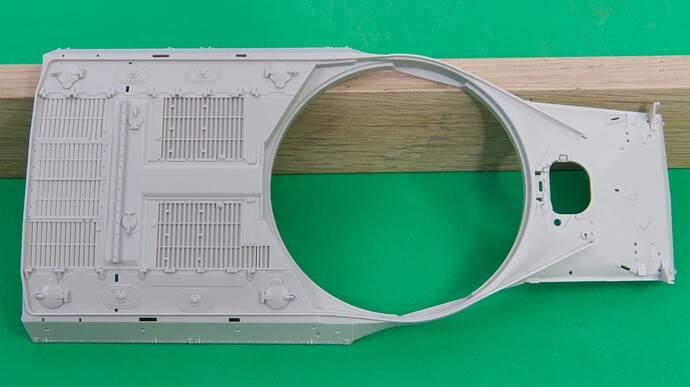 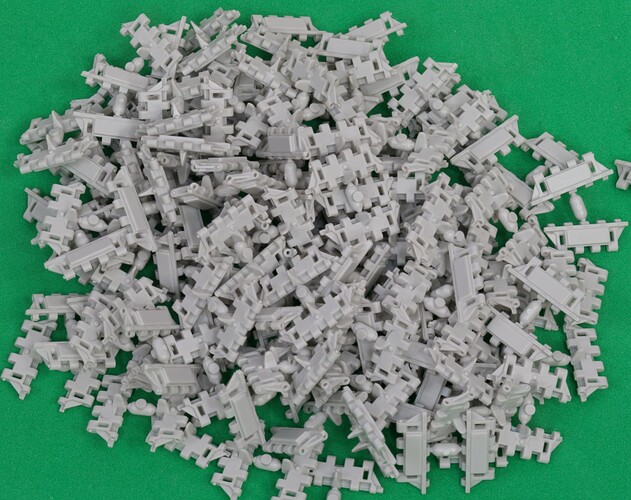 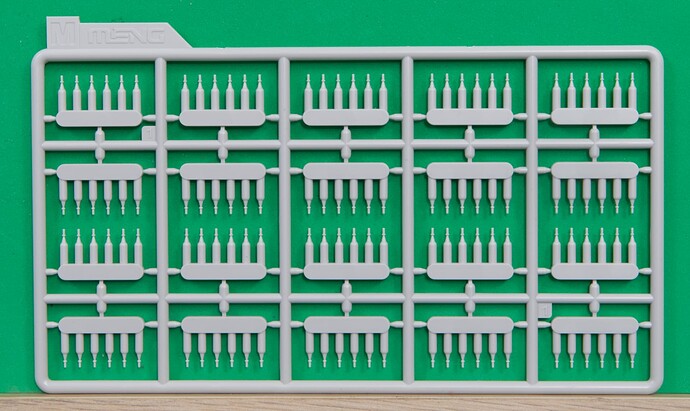 The fit of the hull halves is excellent and my example has no discenable warp on any of the supplied parts.

Six parts for each idler. 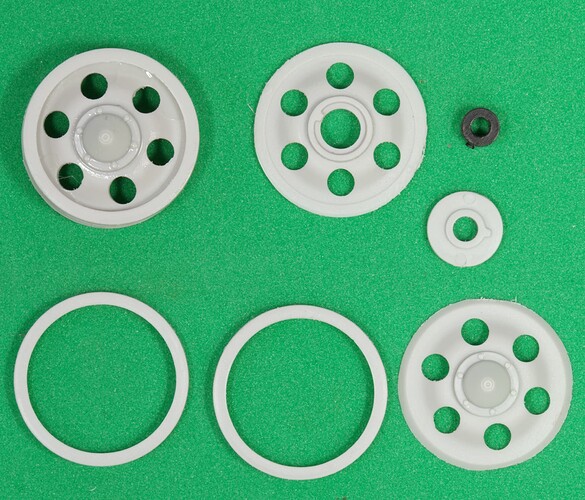 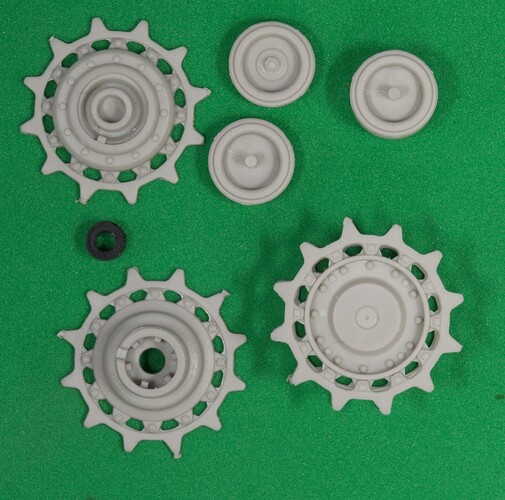 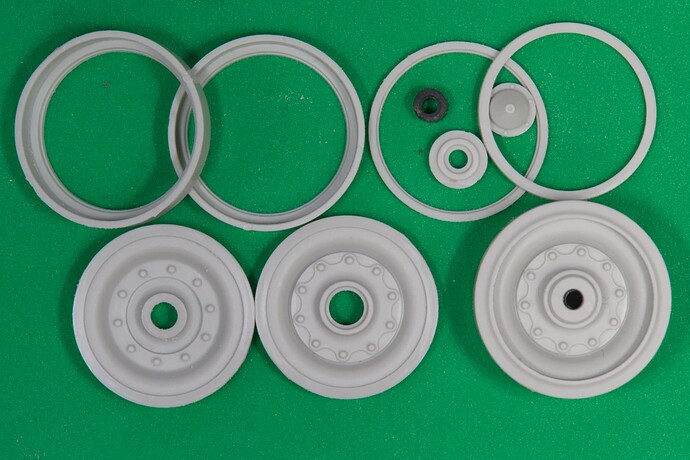 Will be tagging along with this one @Catsrcool , although looking at the complexity of the wheels alone I am having doubts about unnecessary work needed to do it… I did like the Takom ones, the Mk 10s and 11s.

The suspension units are assembled from sub-assembilies and have two different types the first of which is underneath. The top five components at the top make up the sub-assembly below them. 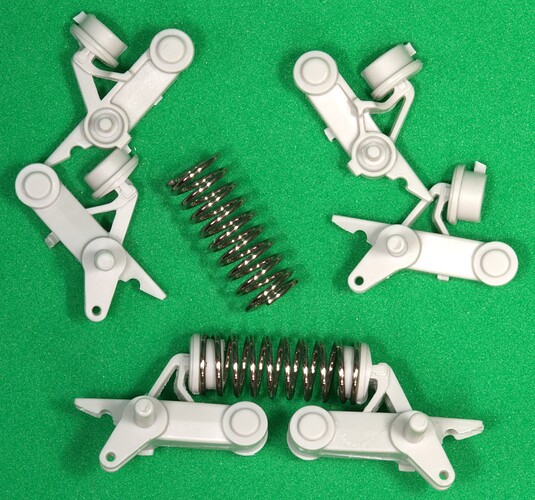 Next these parts are added to the above stage. The instructions show the part circled as C24 but do not tell you the other one is C25. 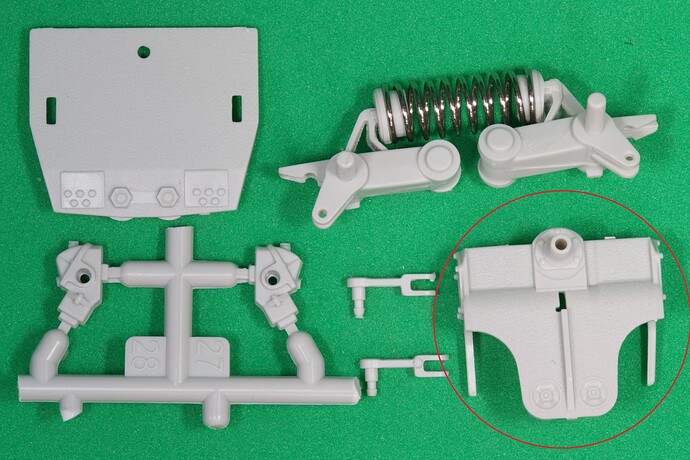 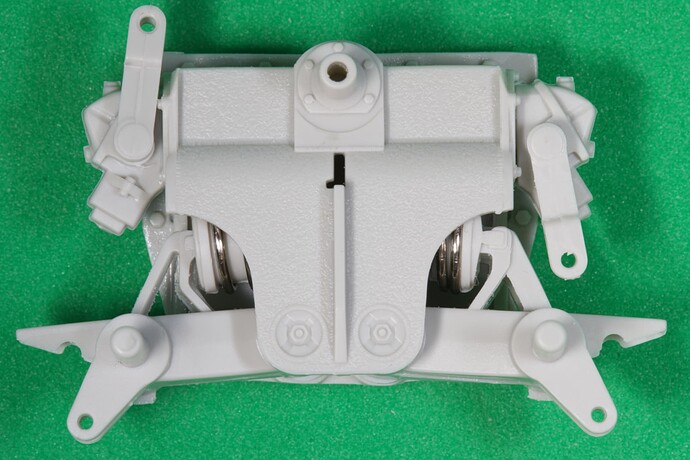 Then these parts are added. There should be two arm linkages in the picture but I missed including one. 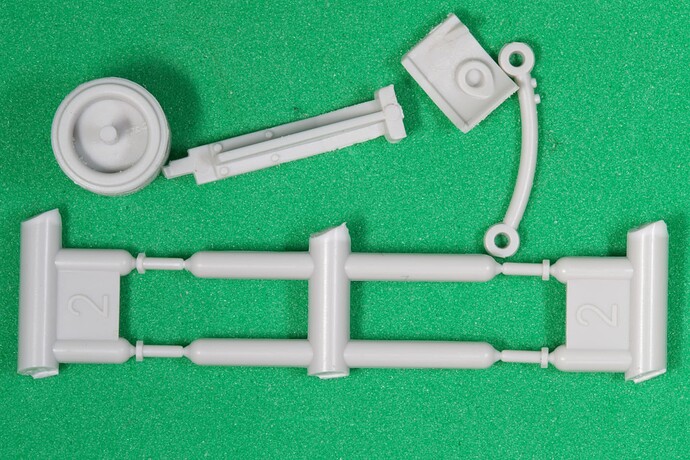 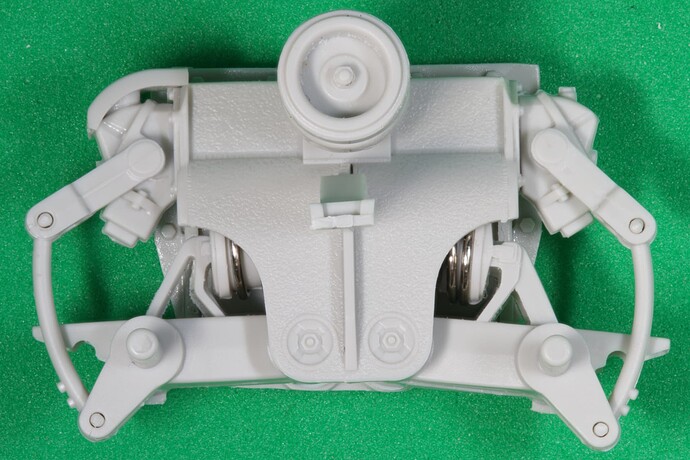 0081920×1282 199 KB
The two parts circled below are both called out as part C15 but one is C13. I have assumed they are some track return “skids”, so they would be on the side facing the front of the wagon? If the above is correct one has to be put on the opposite side as per picture but the instructions would have you put them on the same end. 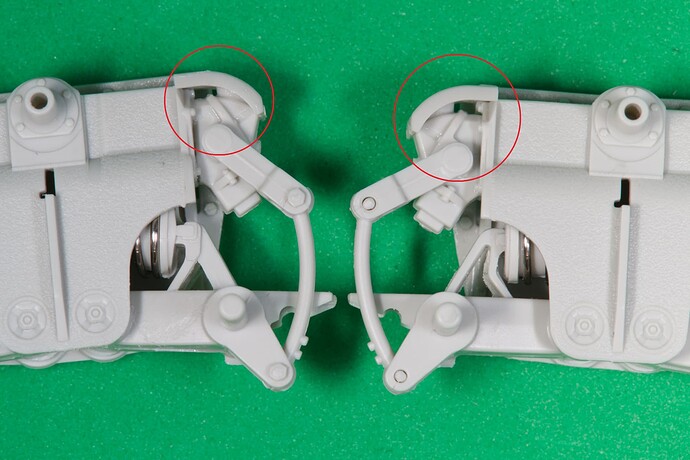 Oh Man - what happened to the Cent? It was the Berlin Brigade one wasn’t it?

I did not read the instructions properly and screwed up the suspension. That alone would not be too bad as you would not see it. The icing on the cake was with the metal tracks on the drive sprockets have a noticable “toe out” and the rear of the track does not sit flat.
Now I know it is like that I can’t unsee it. 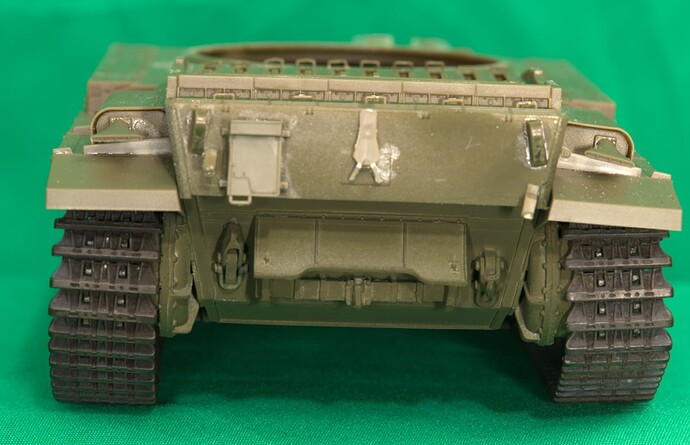 Update the parts call out is correct but the instructions in step 4 say same both sides but step 5 actually deals with the other side and the result is as it should be and as I have the picture above.

Looking good Cats. Have this on order with my guys in Glasgow so I’m glad you’re building it before me and can spot all the spurious parts call outs first! I happened to be in Edinburgh yesterday and did the obligatory visit to wonderland models and they had just got a delivery of these, looks like a lot of plastic, and I should think so at three quarters of a hundred quid!

Keep up the good work, J.

Shame; doesn’t look that bad but I take your point.

Yes I shall try and turn them round.

Thank you.
I bought mine here: The Chieftain was a second-generation British main battle tank developed in the late 1950s. It was the main equipment of the British Army between the 1960s and the 1980s, and it had many variants. As the priority was given to the firepower and...

It was the best price I could find in the UK.

Cats looking at the Centurion is it just a case of the bell housings sticking out at the bottom?

I’m having the same thoughts, I dislike doing roadwheels etc. at the best of times but these would full on finish me off I think.

The spring packs look the same… The real ones were a biblical pain in the a** … It will be nice seeing this built, but I’m going to keep an eye out for the Takom Mk11 to do as my last chieftain ride.

No. I think it is the kit mounts for the sprockets.

What scheme are you going for on this one Colin ?

John it has to be the Berlin Brigade.
I have Tankograd 9001 coming as reference.
I bought it from the Bovington Shop. I am waiting on some AM stuff for it. I have Masterclub tracks coming from Wildcats Models, a resin Barrel from Accurate Armour and 3D Printed headlights from FC Modeltrend.

@Johnnych01 @BootsDMS
The Postman has just delivered the Tankograd book.
Meng have got the roadwheel colour as light grey, the wagons in the book have black roadwheels and are very shiny and dark.
So firstly do you think it is Nato Black with a gloss coat or something darker please?
The machines also look pristine even the track pads look very new. Were they always kept like that or are the pictures depicting “show” standard for the pictures?
Thanks

If you look at Berlin Brigade Chieftains in their place of work so to speak the wheels are black or at least very dark, the grey seems to have come from museum examples.