I just received my new meng namers today. Just a heads up for all they have simplified the suspension for the Merkava 4 kit. Still good but less parts for assembly they have issued it with Merkava 3 track, not Merkava 4 track. Meaning that the drive sprocket will be narrower as well. I seen it with both styles of track in real life. So if you’re going to use Merkava 4 track You will need to change the drive sprocket as well. The track as well is no longer individual links it is the rubber band style. 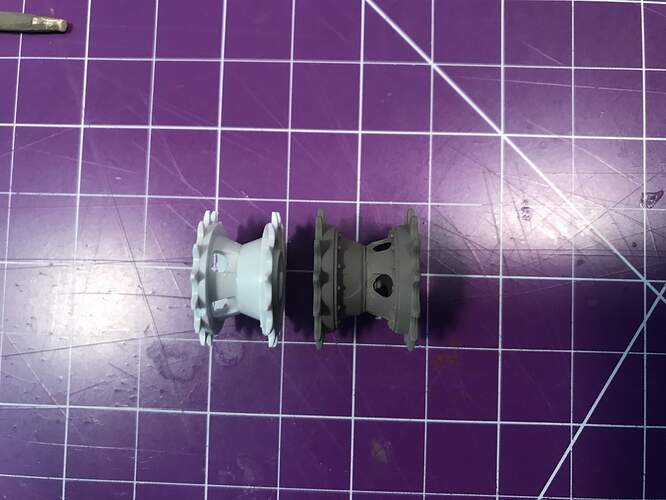 Is the plastic white? 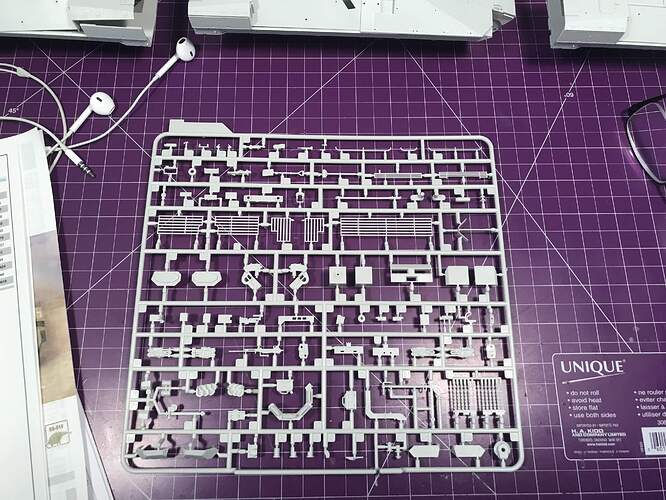 Thank you, what do you think of it?

I have the kit too and received the Desert Eagle book yesterday.
The MK3 tracks and sprocket seems to be a part of the late variant of the Namer.
The MK4 sprocket is way different than the MK3 one.
Sadly if you want to build a Namer with MK4 tracks you’ll have to kitbash with a Meng MK4.
Anyway the kit looks great in the box.

Wow those sprockets are very different in their width.

The Meng Namer is based on Merkava 3 hull, as is easily noticed by the MK3 track. The front hull is slightest different, but harder to tell though.
The early Namers were based on MK4 and then they switch to Mk3’s as Mk3’s were been withdrawn from service, so it was cheaper and common sense to use the surplus MK3 hulls.
We may see Meng release the Namer with the MK4 hulls, but only time will tell.
Where a MK3 or MK4, we have a fantastic Namer kit in 1/35, and I’m excited to see what other versions of the Namer, that Meng may release.
MK3 Namer against MK3 Merkava. 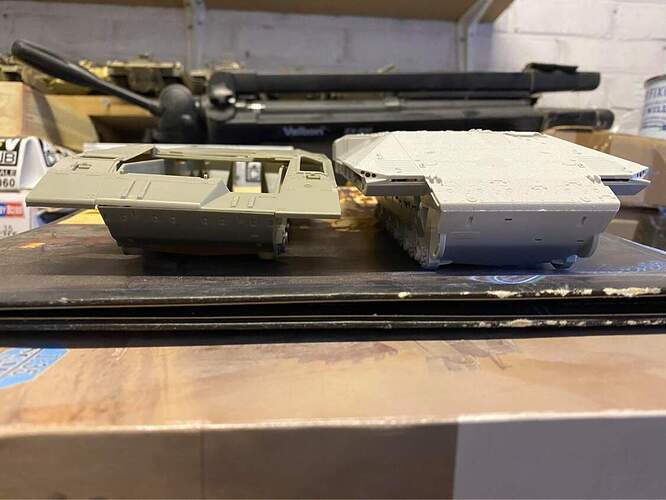 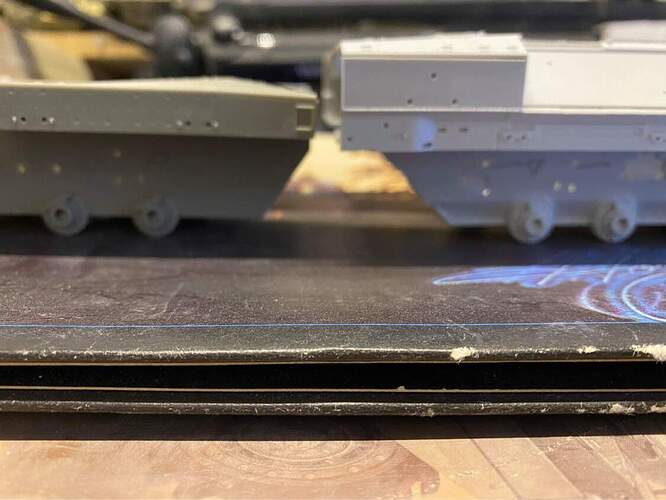 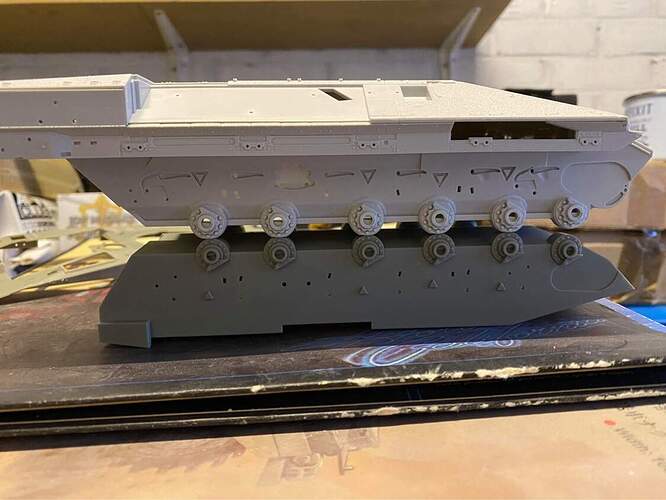 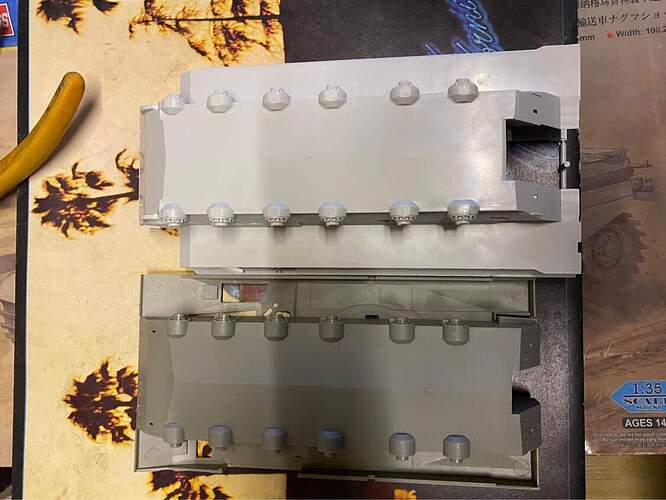 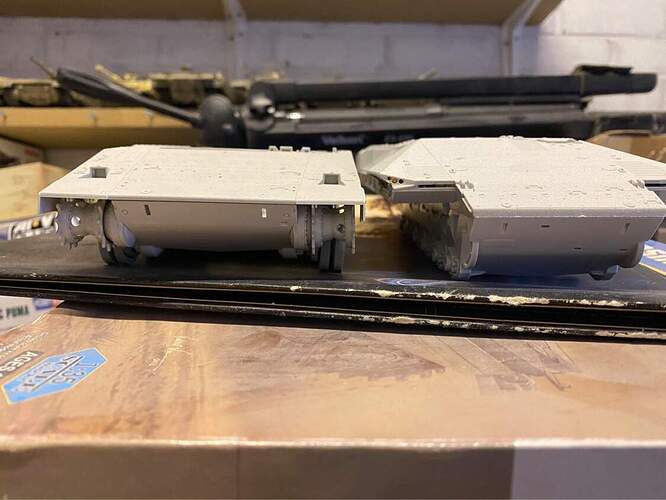 Well, When a Merkava and a Namer love each other very much…

The early Namers were based on MK4 and then they switch to Mk3’s as Mk3’s were been withdrawn from service, so it was cheaper and common sense to use the surplus MK3 hulls.

Not exactly. Although the 188th, the only regular IDF Armored Brigade ever equipped with Mk.3s, finished transitioning to Mk.4s in July last year, Mk.3s still serve in large numbers in reserve units. As a matter of fact, some of those units previously equipped with Mk.2s are currently in the process of transitioning to Mk.3s. I guess they’ll be around for the next 8-10 years.

So they will use the ones that are not in service anymore, to convert to Namers, or would they make new hulls?

Some of the phased out Mk.3s have been sent to reserve units to replace Mk.2s; some will be converted to Ofek HAPCs (production series vehicles are Mk.3 based as opposed to the prototype which was converted from a Mk.2); some, I guess, will replace specialized vehicles such as the ancient, Magach based AVBL and the Sho’t based Nagmachon and Nakpadon.

I vaguely remember reading somewhere that all Namers rolling off the production line these days are Mk.4 based, however, I might be wrong about that.

According to Dr. Robert Manasherob in his book “Israeli Wild & Cruel Cats” (published by SabIngaMartin in 2014), the prototype Namer was based on a Merkava 1 hull. It was decided to not convert old Merkavas into Namers, but to build the Namer as all new, based on the Merkava 4. Because Merkava 4s were already in production, there were some unfinished Merkava 3 hulls sitting about, so those were made into early Namers. They all use the Merkava 3 powertrain. Those based on 3 hulls have 3 suspension and those based on the 4 hulls have 4 suspension.

the prototype Namer was based on a Merkava 1 hull. It was decided to not convert old Merkavas into Namers, but to build the Namer as all new, based on the Merkava 4.

After some reading, I’ve found out the following: when the project started and the first prototype was built in the early '90s, the original plan was to convert decommissioned Merkava hulls to Namers. Then the project was suspended due to finance difficulties until 2004, when an RPG completely destroyed an M113 in the Gaza Strip killing seven soldiers from the Golani Infantry Brigade. This is the point when the project was resurrected and the decision was made that the Namer will be based on the Mk.4, which just entered service, rather than on decommissioned Merkava hulls.

Aside from the tracks, at there other discernible differences between the suspension of a Mk 3 and a Mk 4?

I also just got the kit and it looks great. Always have been a fan of the Namer and I hope to see the IFV version in the future (and also an Eitan or Ofek in 1/35

Both the command version and the Trophy version look great. Are there any examples of Namers fitted with both the doghouse and Trophy? I looks to me like the side baskets definitely can not be combined with Trophy, but maybe the doghouse can.

Recently I saw these articles:
צוות סיירת ראשון מסוגו בצה"ל הפך למבצעי
Drones and navigation systems: 'Ghost' moving the IDF to the next level - The Jerusalem Post
I’m very curious what vehicles the ‘Sufa’ team uses. If the Forward Observation Officer uses the Namer, would it be the APC variant, the Command variant or the Trophy variant?

Thanks in Advance!
Barend

Are there any examples of Namers fitted with both the doghouse and Trophy?

What do you mean by ‘doghouse’?

I’m very curious what vehicles the ‘Sufa’ team uses. If the Forward Observation Officer uses the Namer, would it be the APC variant, the Command variant or the Trophy variant?

These small, high mobility units usually use light vehicles, such as Hummers and Land Rover Defenders.

First of all, thank you for answering.

Thank you for the answer on the second question. Would love to hear more from these units (it sounds like IDF version of the Fire Support Teams (FiST), but there is not that much info on the Internet

However, the command versions of the Namer also has a small raised superstructure on the rear top end.

This is what you mean? Because this isn’t a command version but a technical support vehicle. 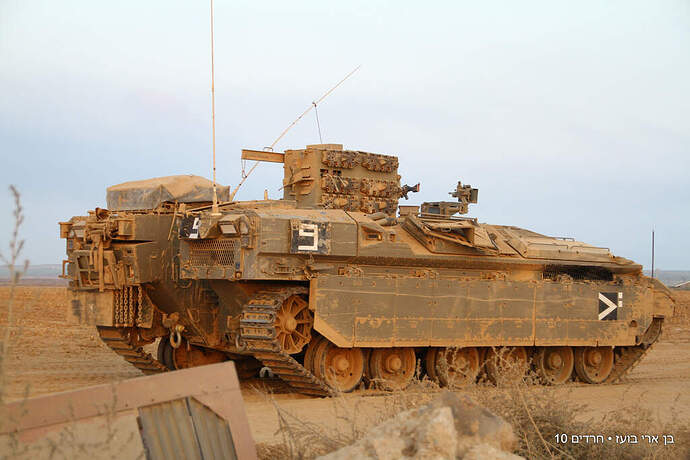