A Swiss Hetzer in the making. Dunno if you know, but Swiss aqquired from Czech post-war some hundred Hetzters built to their specifications. The Hetzters served as antitank artillery for the light infantry units. Lets start with the basics: The kits. 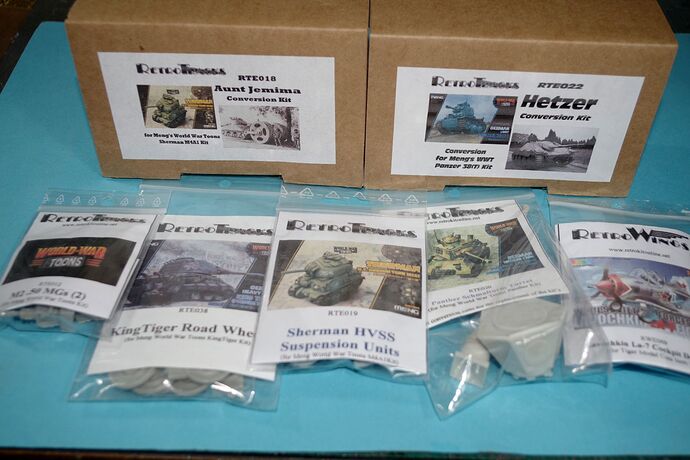 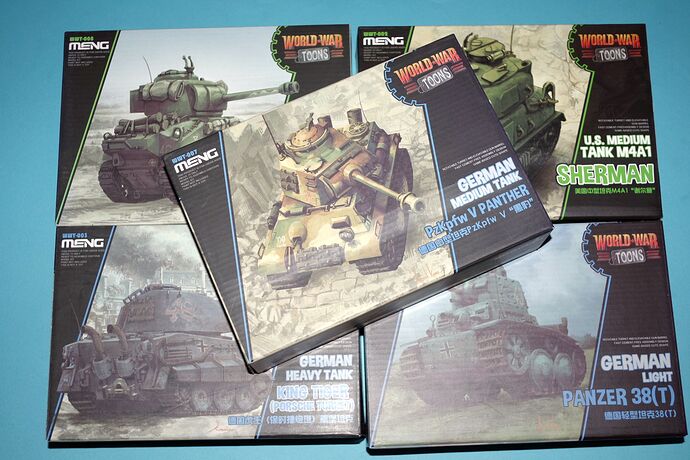 And here is the base at the lower right. Not to forget a number of other toon tanks waiting to get built up.

The conversion work is easy: You have to cut off a little bit from the lower hull of the styrene kit, guided by the instructions. Then fit the upper (resin) hull, add a bow- and a rear plate, some putty to close a few seams and we are mostly done. Well, the most troublesome aspect is to cut off the resin parts from the pur plugs. Location is not the best, along the edge of the parts, but on the other hand also could have been worser.

I have added a stowage box (from a tabletop bathroom set, it’s a cabinet

), a scratchbuilt tool box and exhaust and another optic on top (a former tank headlight) as well as some german tank tools (1/35 scale) at the rear fender from the spare parts box. 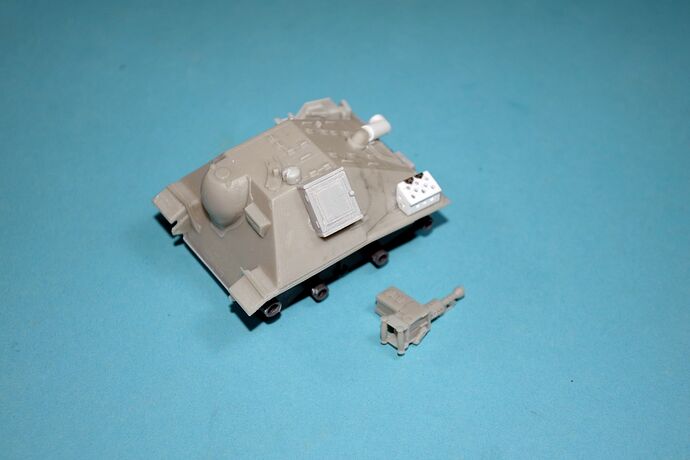 That’s it so far. Enjoy!

Conversion kits for Toon tanks! Now I have seen everything…

Very interesting dutik. I actually went and had a look at what is on offer from this company:
https://retrokitonline.net/product-category/afvs-related-hardware/retrotracks-egg-tanks

The fact that they make a “Correction Kit” to fix a fault on a Toon Tank (the Meng Char B1 bis) made me laugh.

More parts - making spare track holders filled with some leftover Model Kasten tracks. MK says 98 links per side. 104 links per side are in the MK box, so I’ve got enough to make both a scale Hetzer as well as a toon one 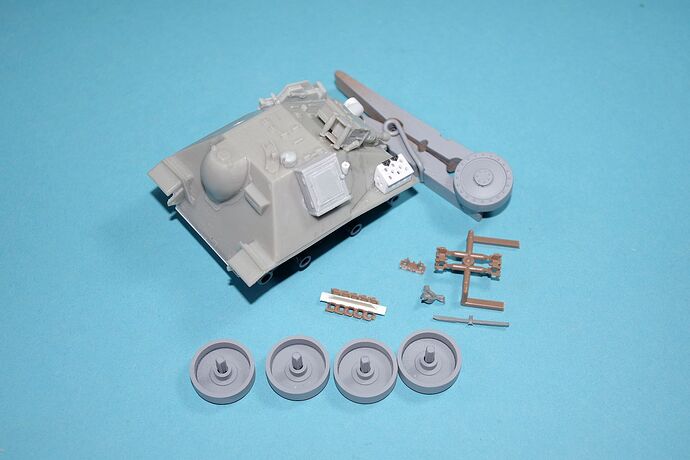 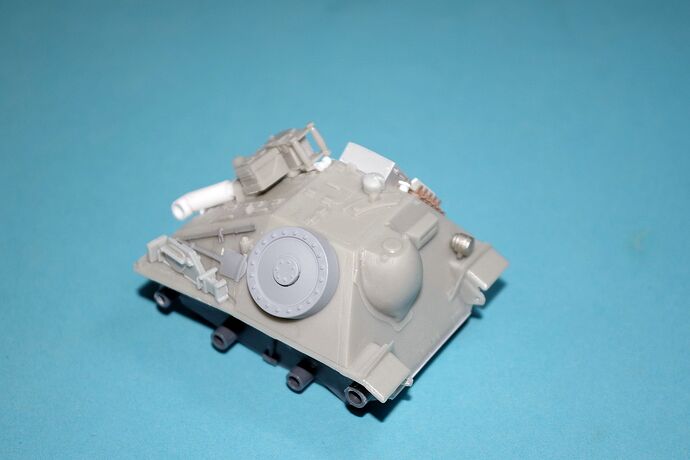 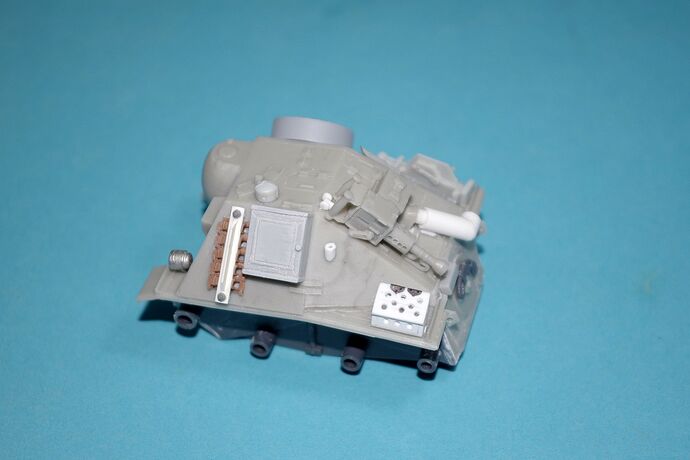 Looks like a Swiss G13 now, minus mantlet and gun. Time to bring on the primer and to start painting

There is an ill kitten! A big one! A Panther in need of surgery 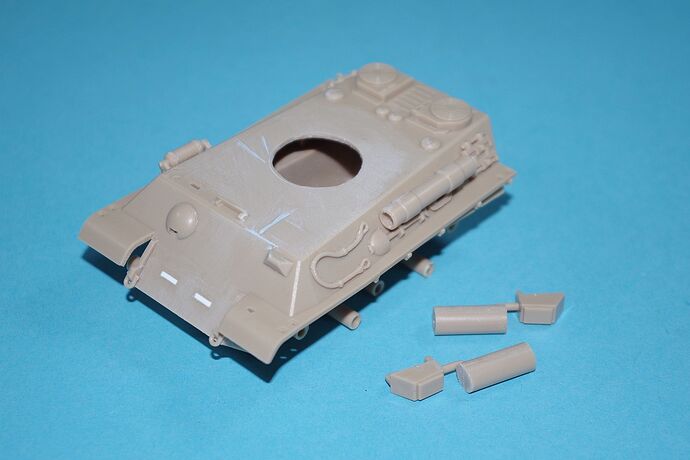 This will become Mengs Toon Panther converted into an mark F, or Schmalturm. 2 (two!) of them took part in the final fighting in Berlin. They had been made at Berlin Marienfelde at the Daimler-Benz factory there. Some more were in the making when war was over. There are photos of this very, very rare cats in the “Panzers in Berlin” book! Well, they featured Panther G turrets, not Schmalturm, but hey: Why not making a full grown Toon Panther F?

So there is some surgery required at Mengs kit to remove the molded on turret ring. Also cut off the hatches to make my own mark F hatches, which were a little bit different, sliding instead of being hinged. Of course made some unwanted scratches that had to be filled with putty. Also left off some spare track links and filled the mounting holes. Dryfit of the new turret: 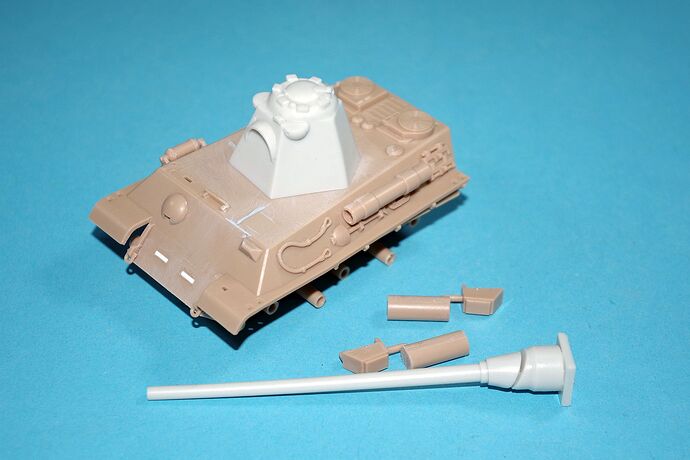 Shown her under a coat of primer: 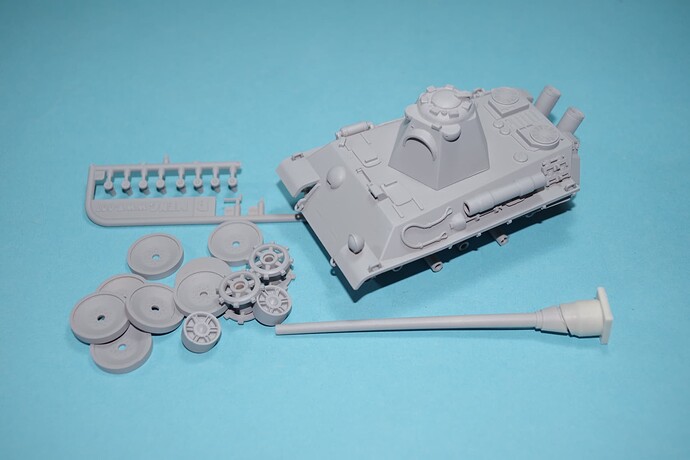 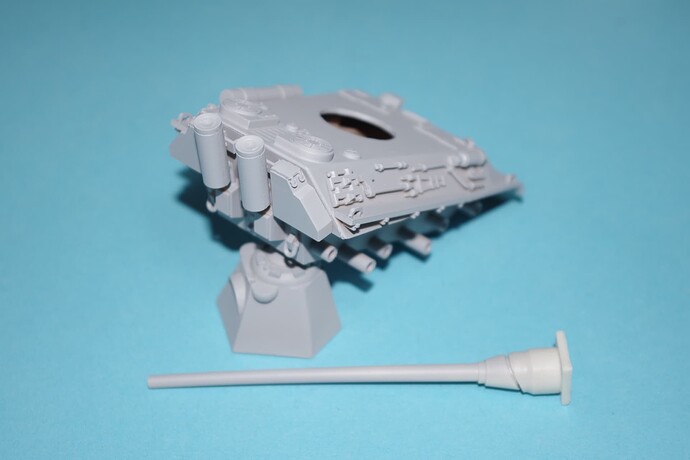 Made new hatches as appropriate for the F variant. Removed the drivers visor (more filling of scratches then) and relocated the hull periscopes. They got broken off again and again during handling, so I finally fixed them in place with superglue. I also added some details to the very plain jack (hidden between the exhausts.

All in all an easy and enjoyable build (except for the breaking off periscopes).
Regards

Interesting that the Panther Idler looks like a Sherman road wheel. 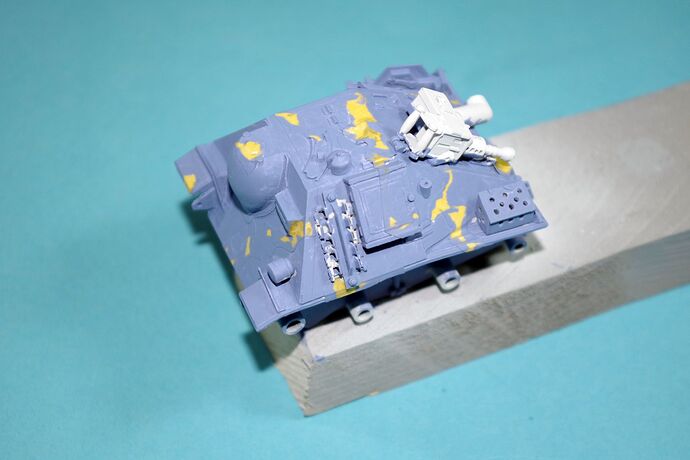 Listen up folks, We need a Toon Campaign and we need it now!

Start a thread an see how you go!!!

Painting now the details of the Hetzer: 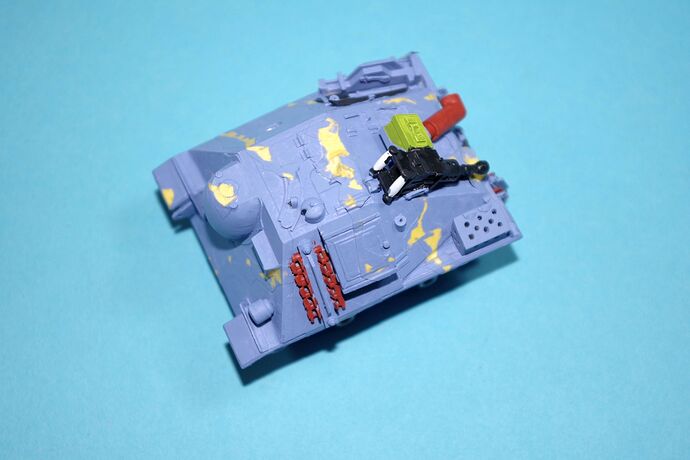