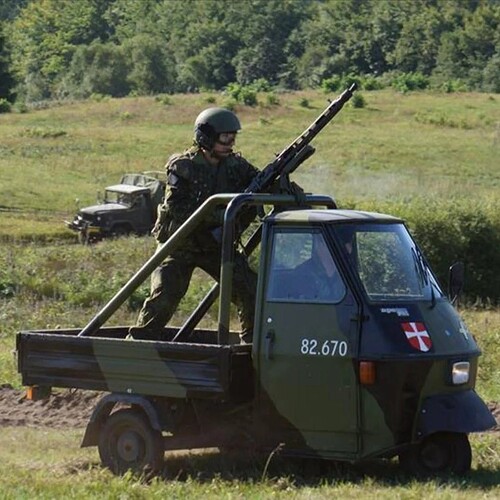 Seeing the old 6x6 cargo truck in the back, how old is this photo?

If for helicopter assault, the MRZR, M-Gator, RZR, and ATVs can replace this. But if the army can’t afford the previous entries, hey, something is better than a MG3 machine gun being carried by hand and boots.

“The worst ride is better than the best walk” saying comes to mind when it comes to transporting a machine gun by foot.

The Bob Semple tank Vs. This thing
An unstoppable force Vs. An immovable object

Almost on a par with this: 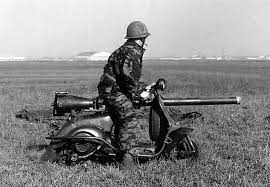 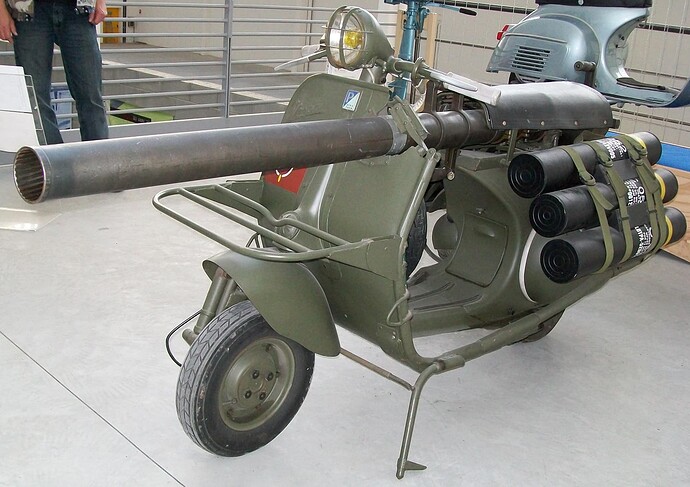 Would love to tackle this but need a bit more info - and courage! I have the basic consituent parts in this: 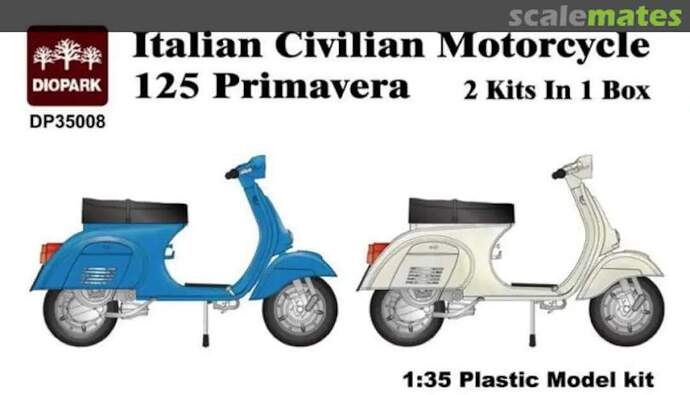 Has anyone else tackled this?

Has anyone else tackled this?

While close it’s not the correct version of the bike.

I love bikes, specially Vespas. But this is a forum for military stuff, and it`s important that all have a big (or little) gun. So when I saw “googl

I did start to put the bike together anyway. My thumbs got in the way of completing with too many small parts. I think it can be used and be close enough once the ammo is added.

Thanks Ryan; I knew that the bike wasn’t an exact match but thought there might be a way around it; sadly, the linked article’s pictures appear (or rather not!) to be unavailable.

Thanks for the tip re the LZ Models’ version; I’ll probably shelve this for the time being - mind you, it’s not like I’ve nothing else to build!

It´s a Piaggio Ape (Bee). It´s from the same company as the Vespa Scooter. It´s a Danish vehicle, from the registration plate. Maybe it´s a kind of OPFOR vehicle? 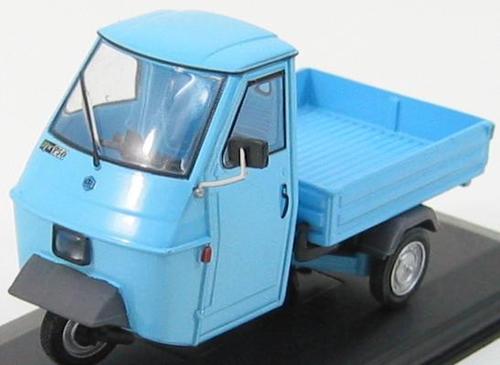 Interesting, I can see the pictures in the tread. 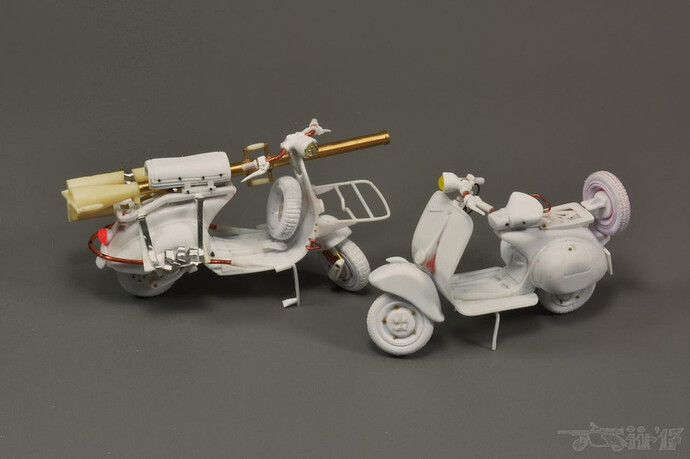 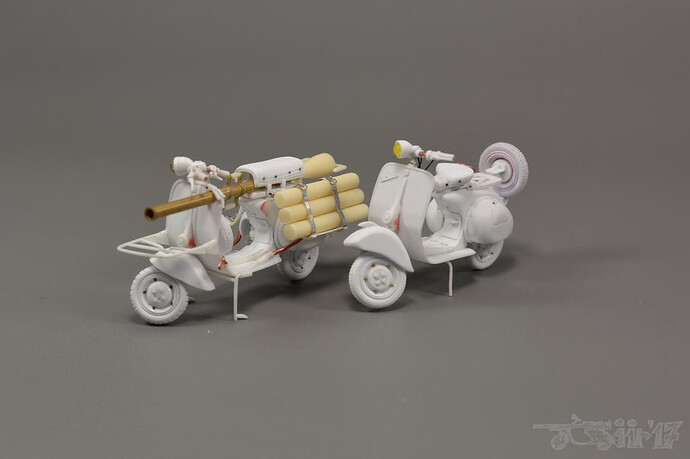 Maybe these are better for you.

Seems Azimut did a resin kit.

I understand about the project.

Aaaargh! Brilliant work; now I want to make one. Seriously nice work there. Lack of images probabaly due to:

These entries would all be great for the “NOT a Tank Destroyer” campaign starting in October 2022 where any vehicle or person that isn’t an armored tank destroyer but is tasked to carry Anti-Tank weapons (a mule, scooter, golf cart, Human, horse, or truck) can be built for the Campaign.

NOT a Tank Destroyer Campaign

You would probably need the second Vespa to carry the tripod?

According to the postings, one vehicle could carry the gun, tripod and ammo. The second for the additional crewman and ammo. While not stated, I would assume the second vehicle also carried the personal gear needed too. The gun could be operated by 1 or 2 members. Seems like they opted to use 2.