Group Build Description: This is a campaign aimed at all you small scale freaks.

As for the length maybe 6 months?

You can build anything from artillery to just general armor, vehicles and guns! Bottom line is we dont discriminate… well expect for ships and aircraft. Go back to your respective forums.

Completion Award: We need some brave graphic designer (looking at you @petbat) to make a award for the Campaign

The enlistees so far:

Well, I’ve got a 1/seventytooth Flak-37, a 1/76 Sherman Firefly and a derelict 1/72 M1 Abrams (missing at least the tracks). Looks like I might could contribute, but it will be spring before I start.

Maybe, my last 1/72 kit I have is the UM SU-122 but like Mark it will probably be spring before starting.

Well as I’m partly responsible for starting the idea for this campaign, I can’t really step down from this duty! Although I’m not sure what being being leader entails. I will of course do my best.

Now to decide what to build. Leaning towards my old favourites Matchbox, but these First to Fight kits I’ve recently gotten are very nice.

This wouldn’t have anything to do with your new toy and those fun looking renders does it?

Im in. I’ve built exactly one braille scale vehicle in my life, might as well branch out.

So thanks to you I just ordered this ludicrous thing Ezra. 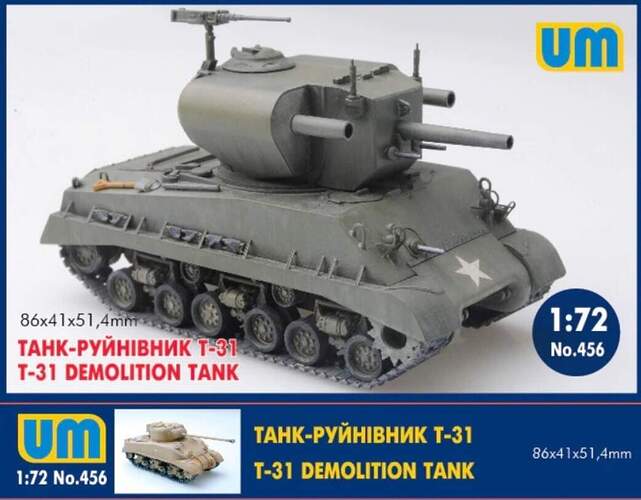 (If any of you great comedians out there have a better name please suggest it!)

We need some brave graphic designer (looking at you @petbat)

I also love that medal!

Forgot to add what it will look like on screen:

Glad to see there is some interest!

This wouldn’t have anything to do with your new toy and those fun looking renders does it?

Peter that medal is great!!!

If there are no objections I will change the name to: Micro Machines.

I really hope they’re good. It’s a fantastic kit and the commander figure is very nicely sculpted.
I have two of those and both have rotten tracks. I’m hopeful that Revell will reissue it in the near future so I can get a replacement set.

I keep meaning to see if the tracks from Airfix’s Sherman will fit.
The back up plan is to put one on the back of the Diamond T transporter and display it as a breakdown.

Hmmmm, guess that I may have to give it some consideration since it involves the ONE TRUE SCALE and smaller as options?

Now the difficult part, trying to decide on which stash occupant to employ!

I know 1/285th is popular in the U.S. but don’t forget on this side of the pond 1/300th is more common, just as ships tend to be 1/1200th scale rather than 1:1250th in the U.S.A. Speaking of ships, there are quite a few vehicles available as accessories for 1/350th ship kits if you like to store your dioramas in a cigarette packet (or 1/700th if you like dioramas on a postage stamp, but that is getting a bit silly…).
Somewhere (if I can actually find it) I have a towed Rapier AAM battery in 1/300th…

The smallest I have in my stash are these 1/700 Churchill’s by L’Arsenal. Beautifully detailed and cast for the scale. They even have each tiny little wheel! They’re cargo for some Skywave LCT’s. Somewhere I have Skywaves vehicle set which has M4’s, GMC trucks and a couple of other things. 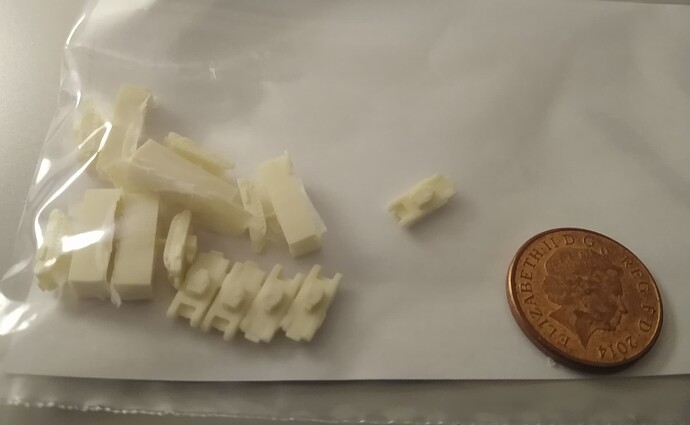 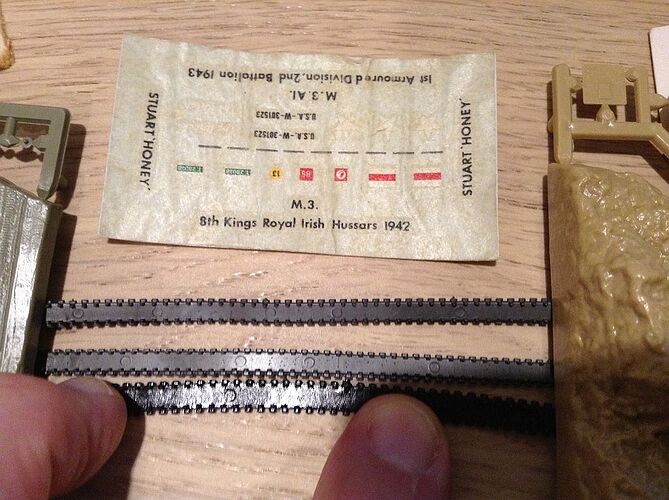 My tracks look okay so far, we will see when it is time to bend them… the decals look quite iffy though.

The poor old box fell apart when I opened it - those folds in the cardboard just ripped right through. 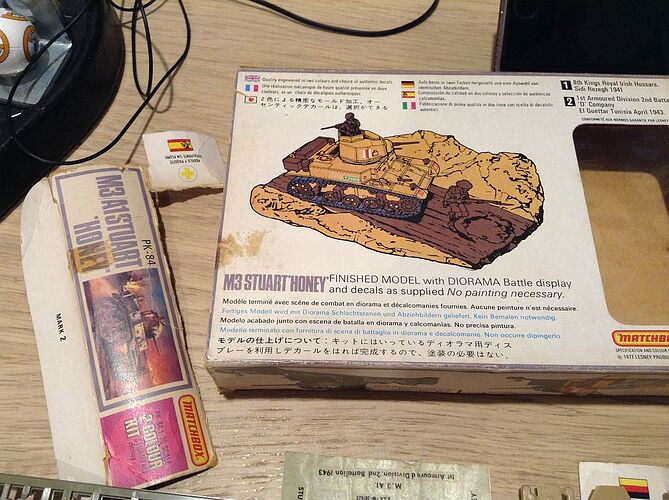 Unusual for the day, the kit was a ‘2 in 1’, with different turrets to choose from: 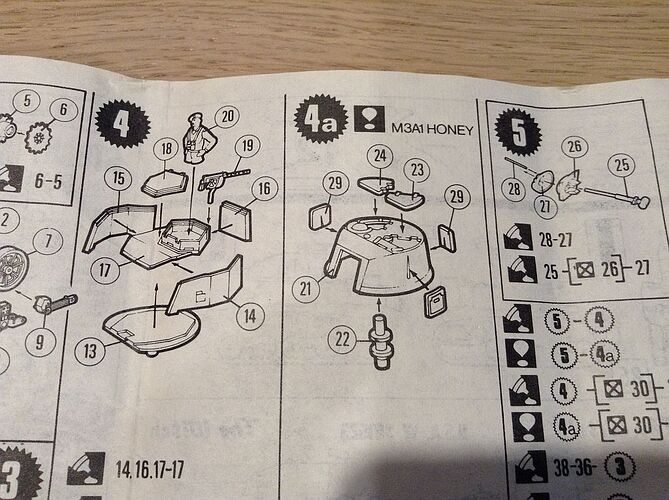 As to Revell releasing it, I heard a rumour the mould was in the Ukraine. It was being leased by a company over there - using the kit to offer a Russian version. That company went bust and the company that bought them out is refusing to release the mould.

Can’t say how true it is, nor the other rumour that Revell Germany may invade to get it back…

A good point, but there is a reason behind my mad idea. The old Airfix Sherman is underscale, closer to about 1/87 than 1/76. So it might be a good donor.
Of course I can’t prove it till I try it, and it probably won’t work anyway. Just a theory at the moment. I haven’t seen my Stuart’s since moving house and they’re still packed away in a cardboard box.

I do remember building both the Airfix and Matchbox Sherman’s in my youth and noticed how small the Airfix one was in comparison. Of course both of those have long disappeared at my parents house. I might have a few pieces of track in the spares if I’m lucky to make a test.

I’m glad that yours have survived. It’s such a rare kit these days. Hopefully whoever has the moulds will see fit to reissue it someday.

Which reminds me, I have a sealed Panzer III I need to crack open and check the tracks.