Have you heard of Model Bulder? It is model building computer simulator

Might finish faster and better then I do real kits.

Another step from reality devoid of tactile sense , development of fine motor skills , smells good and bad ,
plastic shavings to clean up , cut fingers -
Now we can lump building models in with stealing cars and killing people from Mars in violent video games .
Wonderful …

It will only be realistic if they remove the “undo” button.
That’s life

I wouldn’t see this as a threat, it just seems like an app based game. Just something to kill time and hey, if it actually promotes the hobby and some users do go out and pick up the real thing, that’s not a bad thing. With so few LHS stores around these days it needs all the help it needs.

From what I could see in the video it makes references to AK paints, so I wonder if this is maybe something they’re using to promote their range? I could be wrong of course, the video quality was a bit blurry.

Strange as it seems, this is actually not the first time we’ve had a cross over like this. Anyone remember Airfix Dogfighter? 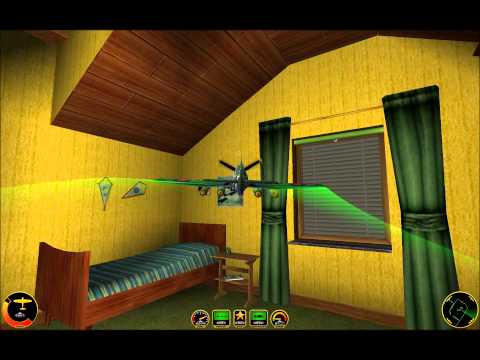 Sort of remember Airfix dogfighter never had or played it though, regarding the model builder I remember that being out several years ago and was posted about on the old site.

I had it. It wasn’t anything special and rather short. I thought the idea of WW2 models coming to life and re-enacting the war was quite fun at the time.
It seemed like a clone of Sega’s Toy Commander on the Dreamcast. Both were definitely riding on the popularity of Toy Story.

I have a vague recollection of Hornby doing similar?

Mmmm… I remember reading a book back when I was at school in the late 70’s or early 80’s about a boy who built models that came to life at night but any thing that was supposed to move on the kit but didn’t propellers, gun turrets etc. didn’t work on the one that came to life. No idea what it was called.

I hate it when that happens!
I don’t think I ever came across it. If my school had had it, I would’ve read it!