They did make a book several years ago. IIRC, Staff Jim reviewed it but I can’t find the review, although RailRoad Modeling archives haven’t been made live the last time I checked.

a collection of the best articles about weathering techniques for model trains available.

I might dig it out and re-review it here.

I had that exact same TYCO set! Still have the caboose and at least one freight car somewhere…

@18bravo your rolling stock looks great. Your painted and decaled models are expert. I drilled and added separate hand grabs and ladders a few times. Never say never but I’ll probably never do another. Of course, now I think one can buy pre-drilled templates. Mine look like the shop crew had been misusing Metalhead85’s alcohol train before installation…

Love the SF geep. I have not yet tried to model a prototype but I’ve borrowed a lot for my freelance.

BTW, just stumbled upon this company, know nuthin’ 'bout them. 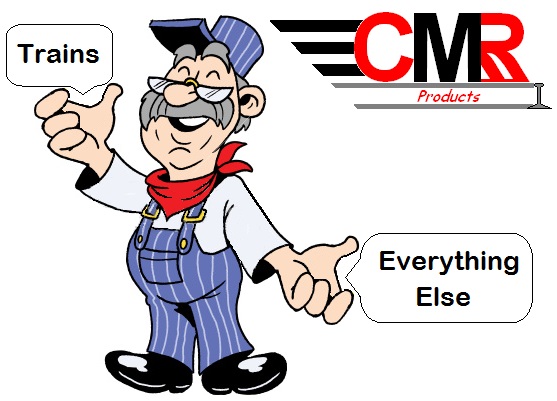 Wade, back to your OP, re: weathering and bad track. It is amazing watching trains work on “deferred maintenance” (unmaintained) track. Dipping, rocking, groaning, creaking, swaying at less than normal walking pace…and that’s the crew boarding the loco!

@kraftstoff3 made three great threads of weathering. Here’s one:

Fred, I’ll confess that second video was the first time I’ve seen a train rock and list like a little boat in a storm. There’s another video on that same channel with the same engine on same track where a car toward the back de-rails!

Do the train engineers have to draw straws or something to get such sketchy assignment?

Do the train engineers have to draw straws or something to get such sketchy assignment?

Nah - they just need to really annoy the dispatcher!