I’m absolutely no expert on the best 1/48th anything. Here’s what I found on Scalemates. There are 135 items listed, one or two might be available.

Greg, the Tamiya kit is very nice even straight out of the box. There is plenty of extra details to be added. I have never used any for this kit, so cannot recommend a specific set(s).

For ordnance you can look up the Hasegawa sets in 1/48. They have a number of sets with very nice ordnance incl. napalm. You can really go over the top with ordnance in a good way on a Skyraider

Thank you! I ordered the kit, the resin canvas covered canopy opening device, Eduards BLU 27 pods, a set of Real Color paints, and a reference book so far. I am thinking about Flightline engineerings R3350 resin 3d engine. Now I will check out the Hasegawa set.

Now I need some information. What type rockets are these long silver tubes? 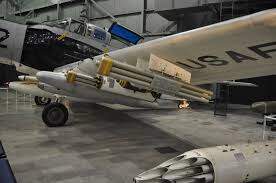 Here is a short video on why I chose the Skyraider. What type rockets and pods are being used in the opening clip? It is hard to believe how much damage one of these planes can cause.

Friends! I’m in! And it is NOT a Typhoon, I’ve found something a lot more esoteric in the stash

It’s a Bréguet 693! Kind of like a pocket-size Mosquito that was fairly successful and also has a quite modern look about it! 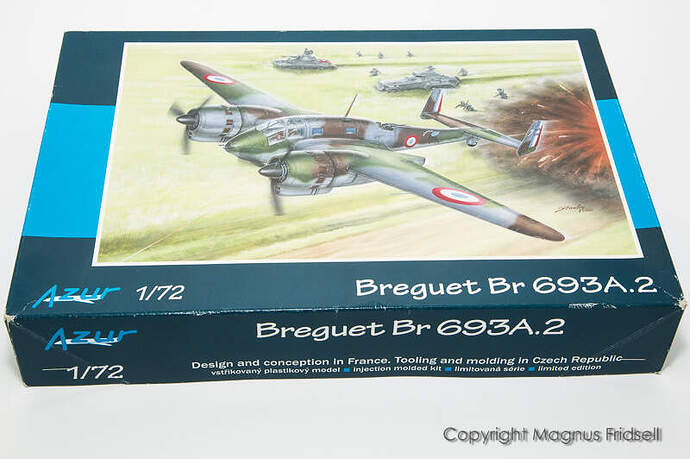 Hi Greg, I’m not sure but I think that aren’t rockets, but they are SUU-14A dispensers.
The SUU-14A/A Dispenser consisted of six metal tubes strapped together. Each of the tubes were filled with submunitions. The submunitions would be ejected out the rear of the tubes while flying over the target area. A color coded stripe just behind the forward end cap would indicate the type of submunition being carried in the dispenser. The yellow stripe on this dispenser indicates that it is carrying CBU-14 or CBU-25 Bomblets.
Some of the submunitions used with this dispenser are described below.

To allow them to be handled and dropped from the air, the mines were stored soaked in Freon 113. Once released from their container, the Freon would evaporate in between 3 and 8 minutes, thereby arming the mines. No fuse was required because the explosive became shock-sensitive when dry.
The minelets came in quadrant, square, and rectangular shapes and in various sizes. The XM40E5 and XM44’s did not carry an explosive charge. They were designed to provide an audible warning of enemy forces entering an area that could be detected from a distance by acoustical sensors.

Wow, much different than the CBU’s of desert storm.
If you saw the first part with the rockets firing, what type of rocket/ launcher were those?

A little progress to report, I have installed the main undercarriage wheel well parts and started on the main wings. Typical short-run issues here with no locating pins, and flat mating surfaces that aren’t flat and don’t mate!

I have cleaned up the joins as much as possible without affecting the actual overall shape, the rest of the clean-up will need to be done with sprue-goo and manual labour! 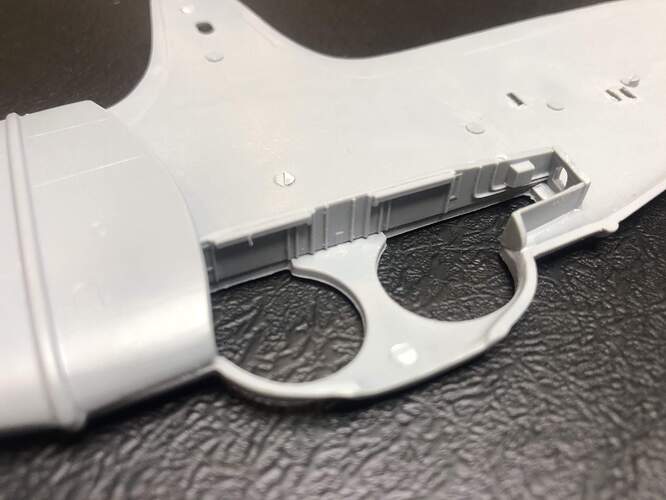 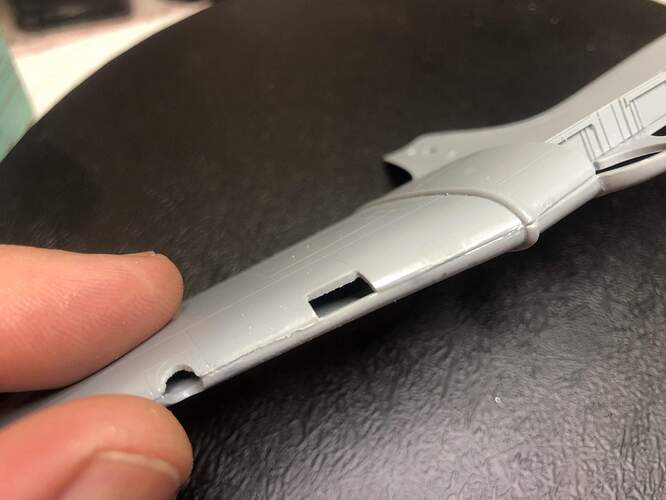 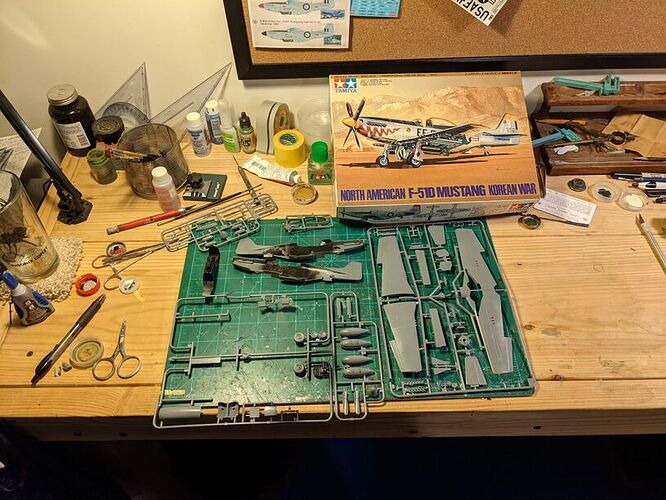 Here’s my opening pic of my SAAF F-51 from last week and a few close ups of the cockpit. 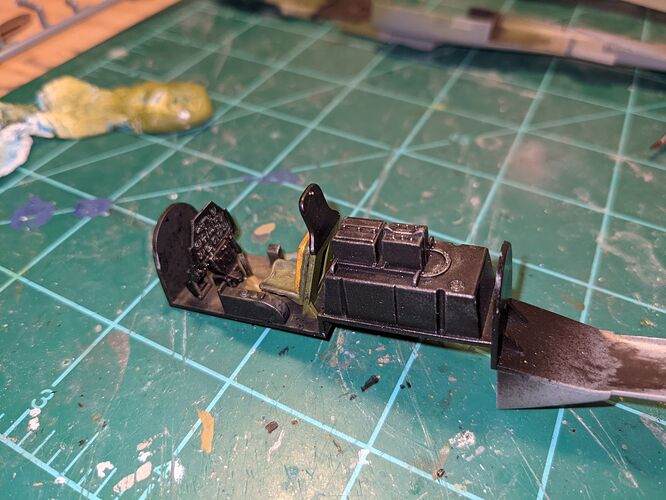 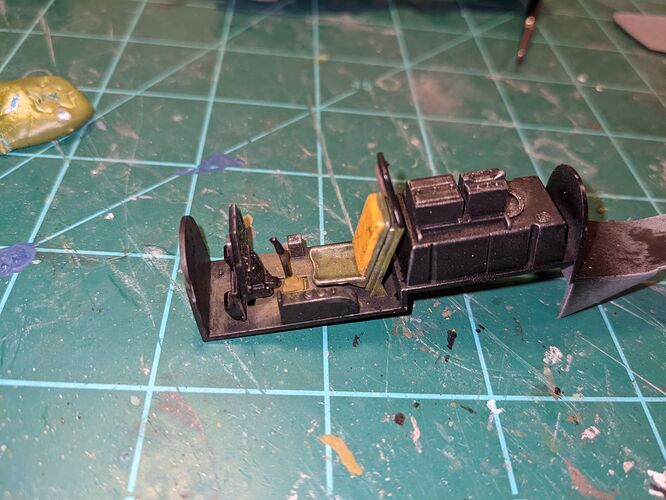 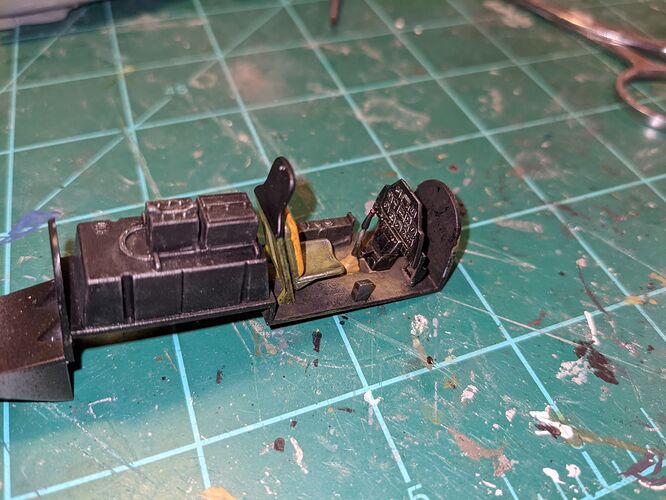 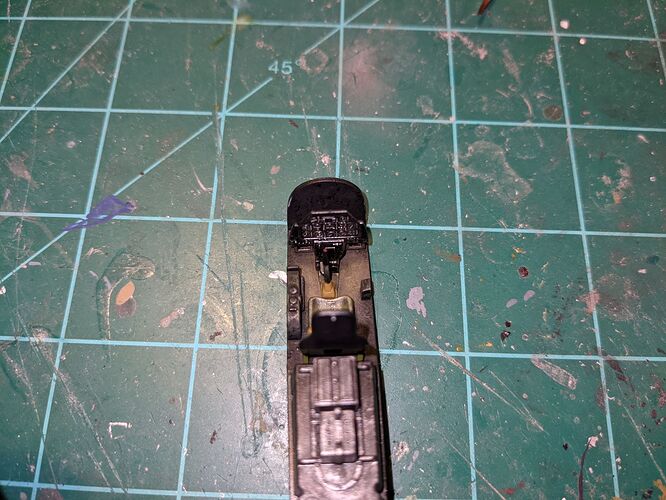 Great looking cockpit Coby! Looking forward to seeing the rest of the build come together! Does anyone know if a Panavia Tornado be acceptable to build in this campaign?

Yes Ezra it is. It has been used as ground attack in the Gulf and Afghan.

Ok people, here’s my build the Academy 1/144 Panavia tornado. Its a tiny little kit but hopefully it will be somewhat presentable when done. I wanted to add the underwing tanks you see on most tornados so I took some spare 1/72 corsair fuel tanks and shaped them to look a bit more like the Tornados tanks. They may be a bit over sized but I can live with it. right now im in the prosses of getting rid off the big seam that runs down the nose. 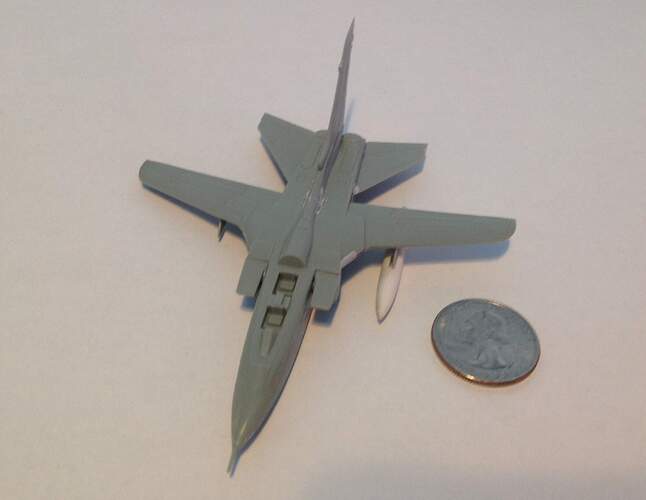 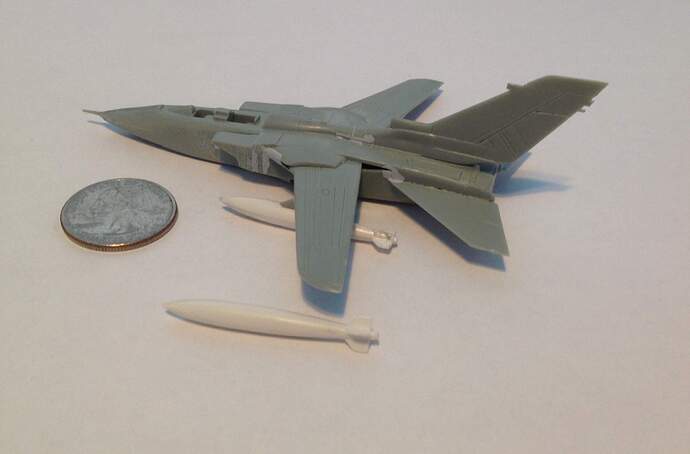 My order came in yesterday! Game on.

I wonder which of my armor skills should I use first. Chipping, mud, bent /missing fenders, impact gouges,rust? Are there any multi piecs links involved here? I didn’t see any tow cables at first look through. Anything in a catagory of mud movers ought to have tow cables somewhere. Where do you store the cooler? I think I am going to have to order a PE bussel rack for all the gear and alice packs. Something off a T-69 would probably be in order. Probably will have to scratch build a .50 cal box shitter too. Maybe I can strap some of the gear under the wing some how. Does the tarp and camo net ride onboard or does it go in the log train?

Well Greg, you picked a Spad, there’s room for all of that stuff on one of the Air Force versions. But for a porcelain conventicle you’ll need to do a Navy one.

Humm, Navy- porcelain, I see what you mean. 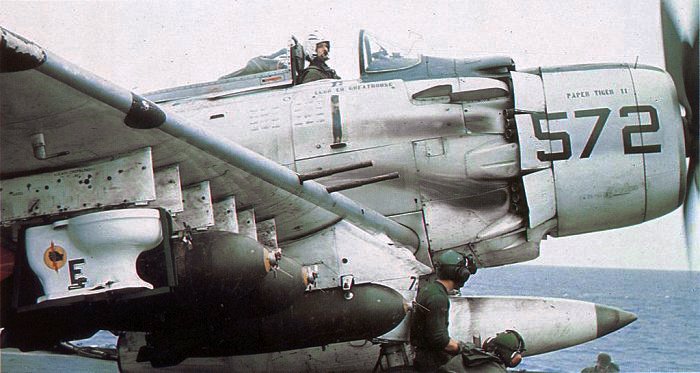 Greg you need to build yours with that…

Greg,
If you did want to do the Navy bombing the shite out of them bird, I have some info on what you would need to get / do as I have her in the stash for a future build.
Mike