Heres one for you straight away. 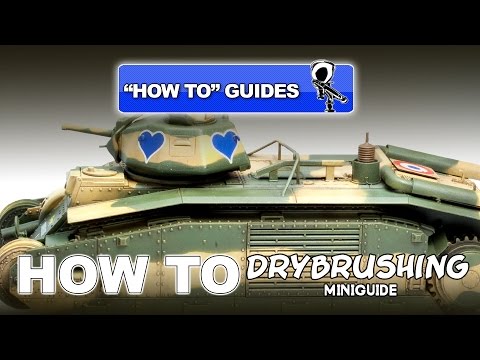 Well, I sprayed some thinned italeri flat black (used both the thinner and some drops of water) and this is the result. I don’t know if you can guess it from the poor photo, but it kept some of the metallic sheen, which I think it’s fine.
At this point I wonder if it’s even worth or not to drybrush the metal color or the graphite, what do you think: 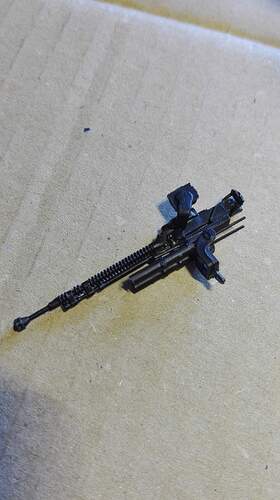 My personal opinion is that it could do with a VERY sympathetic dry brush, pretty much all over.

Ok, will attempt this evening.

I suppose it will need a matte varnish finish just like the rest of the model, right?

I agree with @Khoul. Drybrushing will bring that machine gun to life

Semi-gloss or satin. Nothing, really, is ever truly matte. AFV’s for example, even with matte paint on them, have a shine. A matte model is a dead model.

Satin would be a good way to go yes.

lol that comes a bit too late, I am afraid my whole model is 100% matted after the pin-wash!

Ok, I am done with the drybrush, I think it ended up decent, I don’t think I overdid the effect.

I know it’s hard to judge from the bad picture, but take a shot at it, what you think? 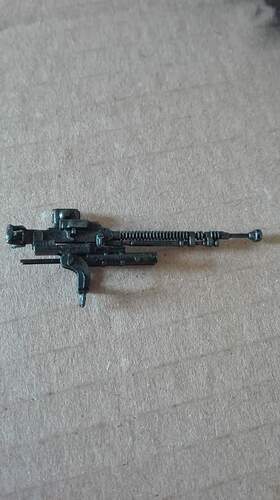 Looks good to me, less is more here. Guns in general are fairly durable and don’t deviate much from being boring old black unless they’ve seen heavy use. My WWII rifles which are around 70 years old or more don’t have a ton of shiny bits. I think you did a good job adding some interest without overdoing the effect

What about the varnish, should I matte varnish it like the rest of the model or will it lose its metal sheen?

I wonder what the matte varnish will do, if it going to ruin it or make it better…

It’s hard to tell from the picture how shiny it is, but I wouldn’t do a dead flat on a gun, they do tend to have a slight sheen to them

I wonder what the matte varnish will do

Try this: Take a different, unused part, or even some sprue, paint it exactly how you want it, add varnish, etc. and see how it come out. That way you don’t ruin your good part.
Ken

I took a risk and varnished it.
Luckily, it ended up fine, it did dulled the sheen but not that much, it looks more realistic now.

I think it looks just fine. If this is your first attempt at dry-brushing, you did well and you can see that actually the technique is quite easy to do.

It HAS to be better than using gun metal!

Oh yes, definitely.
And thanks.

One thing that bothers me is the paint wasting, I know it’s just chips, but still I hate wasting things!

Gun metal is still useful. I use it on tank/artillery breech blocks as a base colour. Then use a chipping fluid underneath whatever base colour you’re using. When you chip away, you’re left with areas of exposed gun metal, which is pretty realistic.

@Nightgaunt , may I suggest a reframing the way you’re looking at this:

One thing that bothers me is the paint wasting, I know it’s just chips, but still I hate wasting things!

It’s the process required for the proper application of products to get the desired results.

The only waste that occurs in model building and weathering is if the model doesn’t turn out satisfactory to the model builder.

I understand what you’re saying, I dislike having to wipe my paint brush on a paper towel leaving precious out of production Floquil paint behind on a paper towel but that is a very necessary step for my style of drybrushing. I’m happy with the end results so it’s just the cost of building a model to suit my tastes.

However, I do drag the brush sides against the bottle opening to squeegee off as much paint as possible back into the bottle before wiping nearly dry on a paper towel.