Found this on DVIDS. 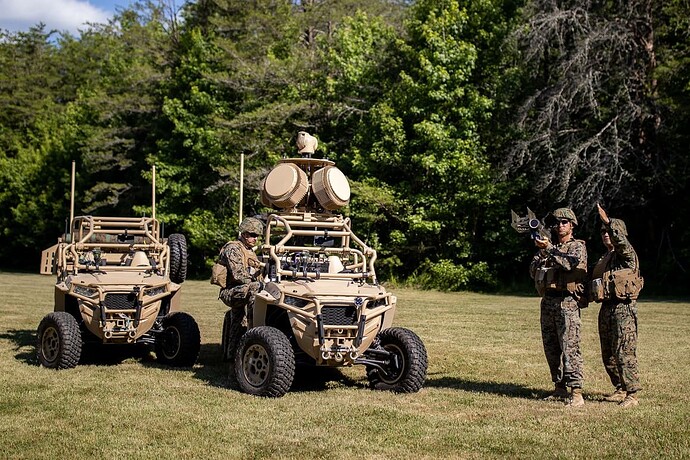 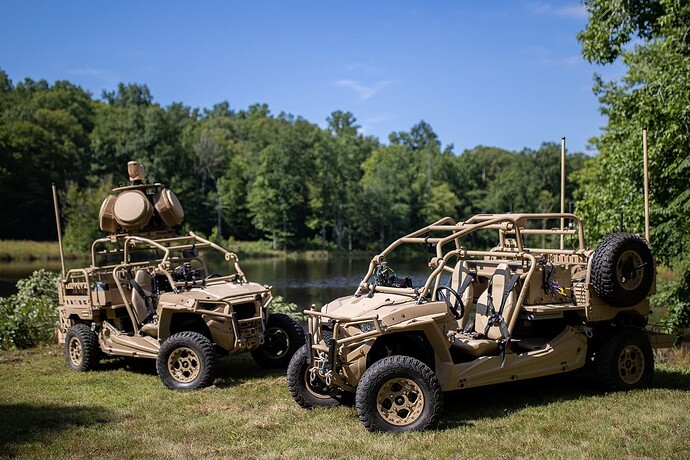 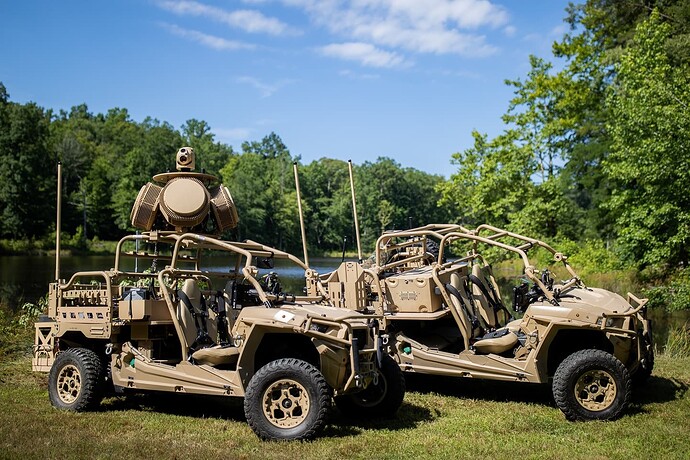 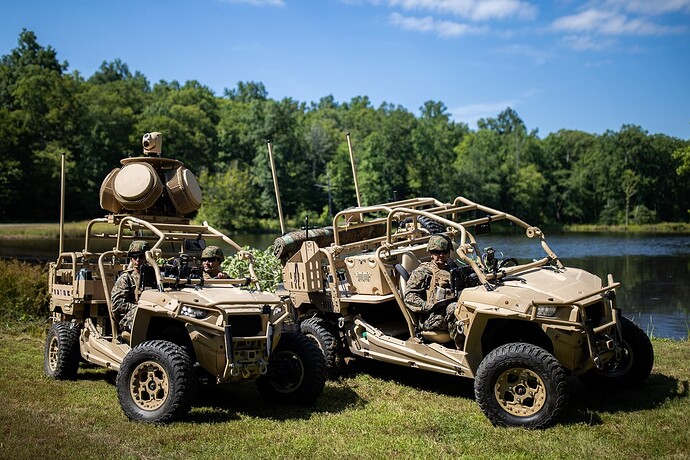 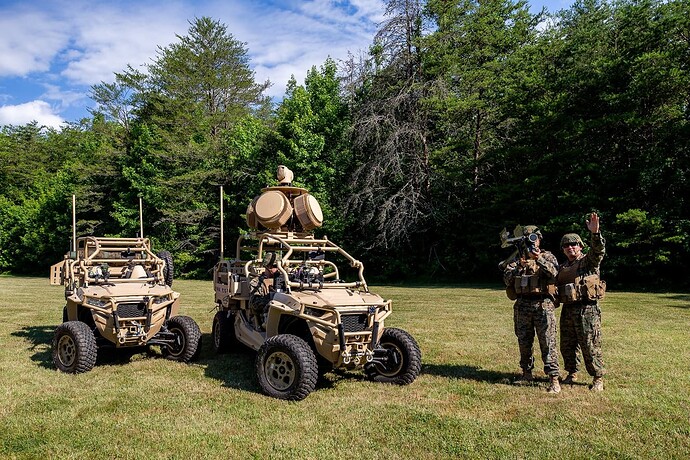 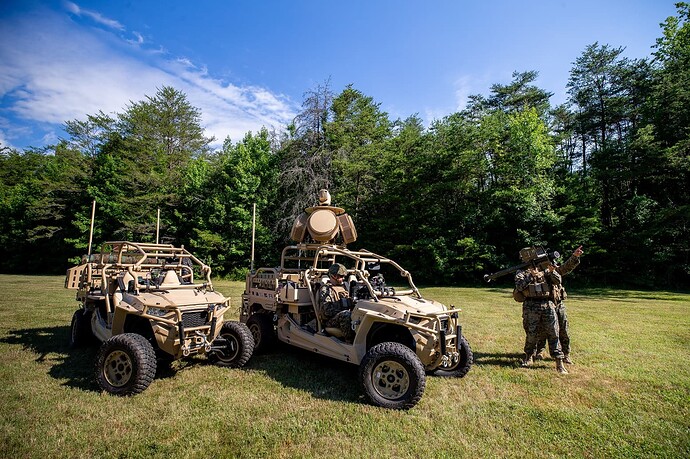 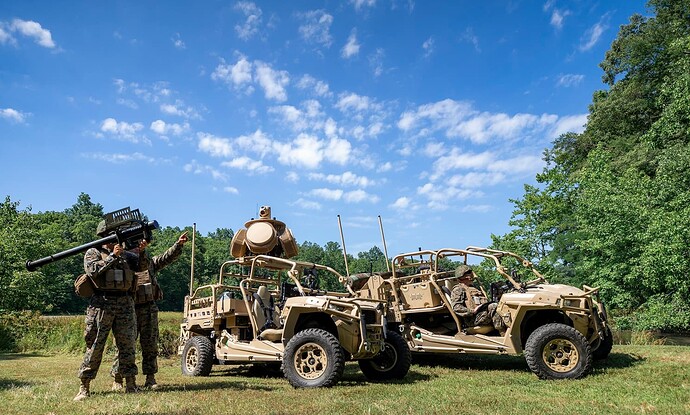 Interesting, I had to look this one up.

Last week’s US strike of an Iranian drone is the first reported successful use of the Marines’ new energy weapon.

And Yufan makes a base resin kit in 1/35 The Marines are doing this but won’t have tanks…
Maybe that stuff will help them find their air support?
SMH 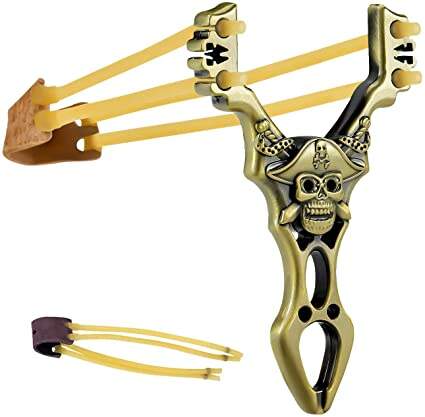 In addition it looks like a great inclement weather vehicle.

The US Army did this a while ago ('80s-early '90s) with the Bradley Stinger Fighting Vehicle and HMMWV-mounted Stinger teams. They were found to be ineffective since it was too easy to take out the exposed, dismounted gunners. The solution was the Avenger HMMWV for light units and M6 Linebacker for heavy units.

However, the Army didn’t really learn either and has neglected SHORAD with the fight on terrorism over the last 20 years. As a result, we are struggling with ADA as well. The Linebacker was decommissioned after the invasion of Iraq and Avengers were severely cut back. We are just now considering an updated version of Linebacker (A3/A4 Bradley) and the Stryker-based M-SHORAD system to replace the HMMWV Avengers. We’ll see how it works out.

Maybe use “simple” illuminating radars which replicate the signatures of real air defence missile systems to trick the warning systems on attacking aircraft. A 10 to 1 ratio of decaoys to real systems/gunners so the aircraft can be tricked into attacking decoys?

No one uses artillery or mortars anymore? That’s what the lack of splinter protection seems to imply?

Like I said…
“They were found to be ineffective since it was too easy to take out the exposed, dismounted gunners.”

Hey this contractor just wants to sell multi-million dollar ATV’s. They were even too cheap to hire a photographer for their ad. That’s where the 4th guy is - he’s taking the pictures! You really think they thought about indirect fire? We are fighting on tropical islands now, so there is no need to worry about weather.

The word monsoon comes to mind along with cyclone…and shrapnel.
I suspect like always Marines will be deployed into all environments. This just doesn’t look like an all weather vehicle. Is a waterproof sunscreen a lubricant required for this vehicle?
I can just see this thing driving with a tarp covering it with vision cutouts, held on by bungee cords. Where do you strap on your baggage? I know in Desert Storm, if it wasn’t onboard your tank when you left the ramp, you would not have access until the operation was over.,

Given current trends I don’t see us having leadership that will want to deploy, so having a fancy golf cart to ride around in looking for small whirlybirds seems like as good of an idea as anything else. 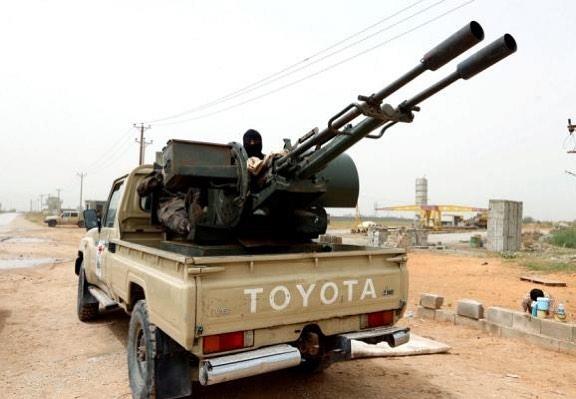 Heavy , you may have the ins & outs in the military but for the interem these little light weights maybe good for light weight Drones.

A Stinger isn’t for shooting down drones. Also, a future war with a near peer competitor (a.k.a China), as the USMC and the rest of DoD is preparing for, will involve airplanes and helicopters, not small drones.

Yes, I have to wonder about the US Marines’ ADA myself.

Honestly, look, since WW1, practically ALL warplanes fly with a wingman so the USMC is going to need TWO FIM-92 Stingers ready-to-fire and not ONE. I don’t see where having one Marine with a MANPAD Stinger is practical. The wingman will get the ADA after that one Stinger is launched.

Aside from the fact that the MRZRs have no armor, I really have to wonder how effective the HMMWV “Avengers” with FLIR turret really are. Warplanes and helicopters fly so fast for a passive FLIR sight and laser rangefinder to pinpoint them for a launch, even with targeting datalink from ground-based radars…you need active guiding and detecting radar. Now the US Army’s M-SHORAD Stryker with RADA radars is the first real ADA SHORAD system that makes sense because it has radars, and the latest M6 Linebacker variant also has RADA radars, but the Stingers out to 6 kilometers are too short-ranged to take advantage of the RADA radars’ 20-30 KM range. The AIM-9X might be better if it can detect and launch from the ground effectively.

But for truly effective SAM defense, the USMC and US Army needs MEADS (PAC-3), MML (AIM-9X), or NASAMS/SLAMAMRAAM (AIM-120) that are more mobile, longer range, and effective—that is if they work well.

Me, a Canadian, watching y’all debate the new AD system when our version of AD is pointing a LAV’s M242 upwards