This would be a campaign geared towards building ships that were lost in battle.

No specific time period that way it is open to all wars or skirmishes - only requirement is that the ship would have to have been sunk.

A Swedish model builder built a diorama “using” Trumpeters HMS Hood.
Trumpeter had announced the Hood but the actual release dragged on and
dragged on for a loong time.
The diorama showed a patch of ocean with waves but no sign of a ship. The title was approximately:
“HMS Hood a few minutes after sinking”

Lots of spectators at the Swedish IPMS contest thought it was really funny but the judges were less appreciative. Oh well, can’t win them all …

Cool idea for a campaign though

I assume that the ship actually needs to be present in some form or shape? No empty oceans?
Wreck on the ocean bottom?

This would be a campaign geared towards building ships that were lost in battle.

Maybe remove the lost in battle restriction? That removes a lot of options. Replace it with Lost in service. That way you can get civilian ships or military ships lost during peacetime. HMS Victoria would be a good example of that.

Posted by: Ibrahim K. Msallam Divers will absolutely like this site for wreck diving. The wreck, lying in more than 120 meters of water off the coast of Tripoli in northern Lebanon, it is in a ver…

There is also the (near) vertical wreck of Rusalka:

Rusalka (Russian: Русалка, Mermaid), was one of two Charodeika-class monitors built for the Imperial Russian Navy in the 1860s. She served for her entire career with the Baltic Fleet. Aside from hitting an uncharted rock not long after she was completed in 1869, she had an uneventful career. Rusalka sank in a storm in 1893 with the loss of all hands in the Gulf of Finland. A memorial was built in Reval (modern Tallinn) to commemorate her loss almost a decade later. Her wreck was rediscovered...

Paper model of the Rusalka:
https://sklep.gpm.pl/modele-kartonowe/okrety/1/100/rusalka-1886r-bumaznoje-modelowanie

I gotta admit that is pretty funny - ingenious idea as well

As far as the campaign - not looking for models of the wrecks but that could be included.

McRunty - not a bad idea - we can remove the wartime requirements

and along with Robins idea it can either be a model of the ship as she was before sinking or after if someone so chooses to go that route. 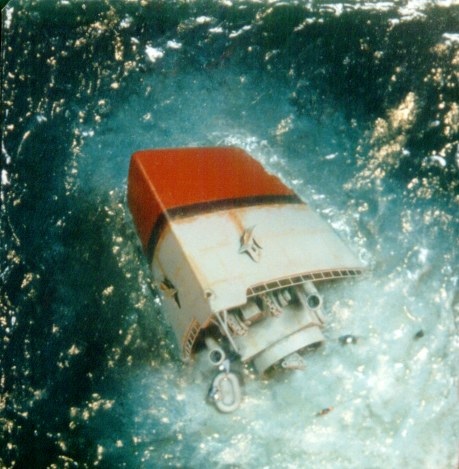 I will likely join. Will confirm closer to the start date depending on my work load. I waaaay overcommitted to campaigns this year and burned myself out.

Looking through my stash list I have 8 ships which qualify.

Thanks for proposing the idea.
I would go in on this one.
Cheers,

Clever idea for a campaign. I may join if it comes to fruition.

oh. could be a good excuse to finish my 3D printed Hunley…

Other than a lack of rigging I’m sure the answer to that is “Yes”. The worst of all possible worlds is on the bottom but not entirely submerged (e.g. HMVS Cerberus, KM Georg Thiele); there are a lot of warships “Lost to the Shallows” and probably best depicted at their deposition rather than after subsequent demolition/destruction (e.g. Murmansk 1994-2012, HMS Calypso, USS Massachusetts (BB-2), SMS Thüringen). Note that ships currently under vehicle parks cannot be modeled in their current state (KM Admiral Scheer, HMS Glatton).

neat idea! How deep does it have to be? Sunk in a river or a harbor, ok? Regardless, I’d like to do this. Not sure I’ll have the cycles but desire is there.

So, do I understand the campaign requirements correctly? The model has to be of a ship in it’s sunk state, not just of a ship that was sunk? If so, this is WAY beyond my skill level.

When I first read this thread, I was reminded of when I was first getting back into modeling. It was the mid-1990s, & I was living in Central Massachusetts. I was starting to get an interest in 1/700 model ships, and would go to some shows local IPMS with a friend of mine. One day we were hanging out at a show, looking at the ship models, when it dawned on us that many (not all) of the really famous ships were sunk. Think about it. RMS Titanic, sunk; Bismarck, sunk; USS Arizona, sunk; Yamato, sunk. Well, you get the idea. Other then a few that have been turned into museums or scrapped, a lot of famous ships are on the bottom. So, we came up with this crazy idea for a model ship hobby shop (remember this is pre-Internet) called On The Bottom Hobbies. It never came to fruition obviously, but I thought you might enjoy the story.

I do have an HMS Ark Royal in the stash, but I don’t think I have the skill or talent to model here “on the bottom”.

@jimb It can be before she was sunk.

and along with Robins idea it can either be a model of the ship as she was before sinking or after if someone so chooses to go that route.

it can either be a model of the ship as she was before sinking or after if someone so chooses to go that route.

I think there should also be an option for somewhere between the two, a ship in the process of sinking or being sunk. I once witnessed a wooden sailing ship being broken apart upon rocks in a storm, it was a very dark night so it was mainly an audible experience (sorry no photos) but it still sticks in the memory.

P.S. There were no casualties, the storm had carried it away from its moorings when no-one was aboard.

Are submarines in as they sink all the time, or is that submerge

Mmm… got me thinking of a ship in the process of sinking, don’t know what though. 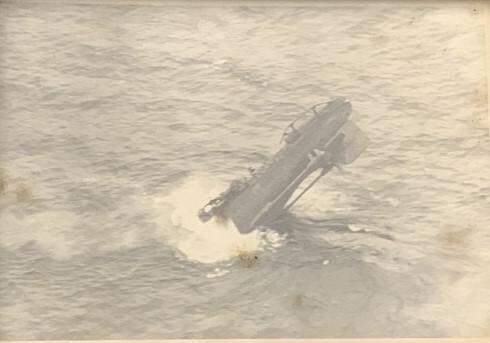 just add some swimming submariners and a raft or two

Ah, the difference between “sink” and “submerge” is probably whether it comes back up again!