Now for something a little more Semple

Now that the Bushnell’s Turtle has been launched, (and doing well) and that the design for the Clementine is all but complete, I feel it’s time to start investigating the feasibility of a 1/35 3D printed kit of possibly the finest tank ever conceived.

first thing to figure out is just how big this magnificent beast will be, and can I sensibly render it’s perfection using my available equipment. 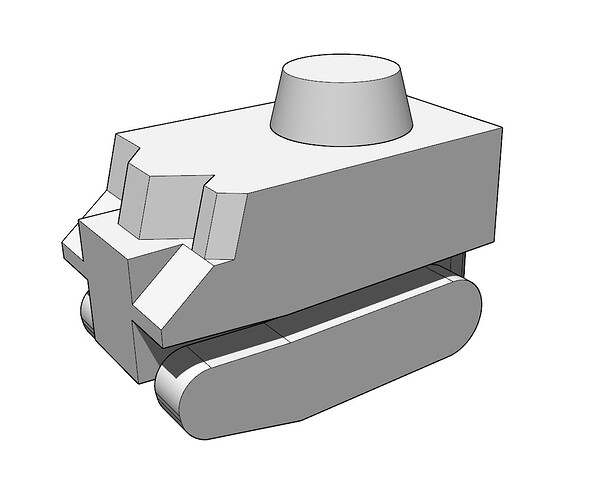 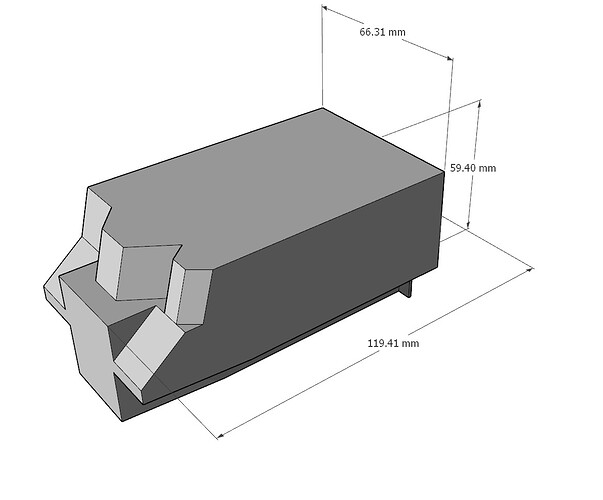 Awesome! I cant wait to see this develop 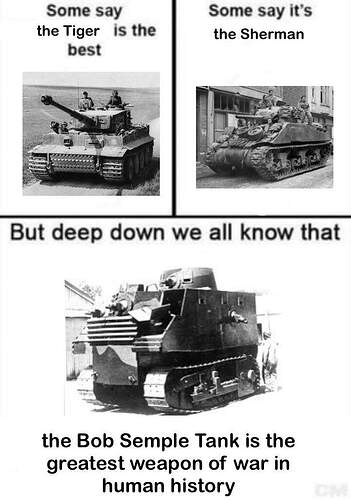 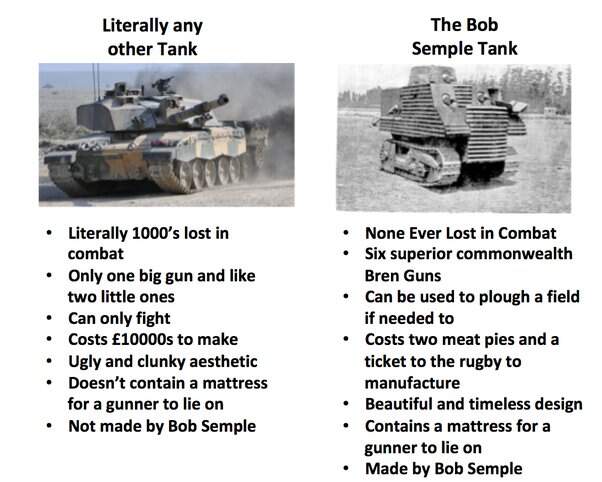 The Wriggly Tin Brigade to the rescue: 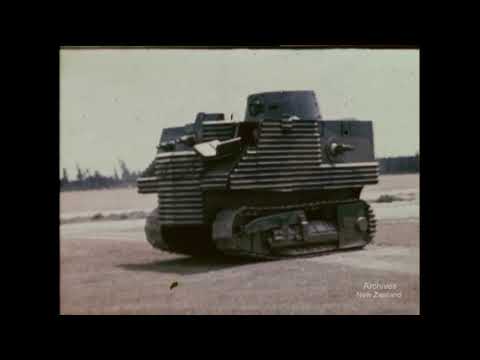 “I don’t see anyone else coming up with any better ideas.”

Never broke down either:
Semple Fidelis 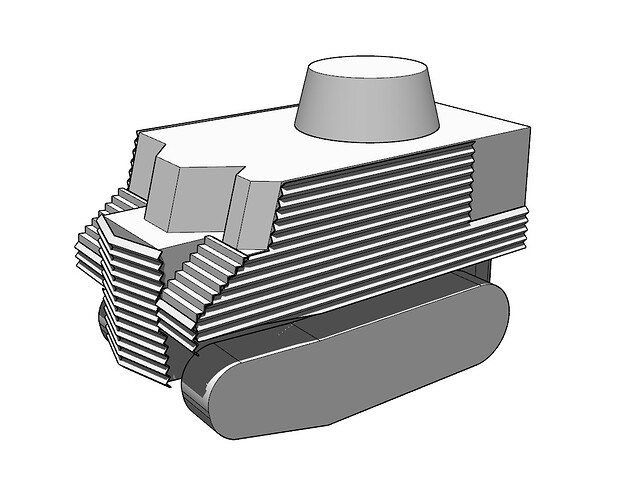 Now that I think of it, I DO have some 1/35 sheep around here somewhere…

Purchased me some… uhhhmm… reference. 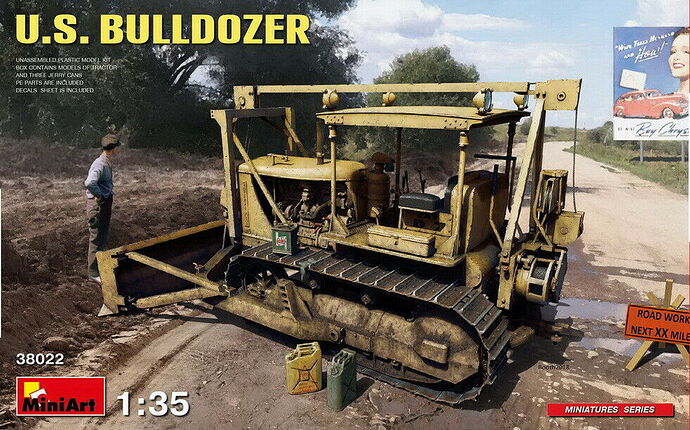 Bob Semple tanks were based on a caterpillar D7 chassis, albeit heavily modified. I’m pretty sure this kit is probably, historically, a model or two too late, but I can’t imagine the basic shape and dimensions and in particular the tracks will have changed much. It’s surprisingly difficult to find the right information. At very least, it should help me sort how the track units attach to the chassis.

It will be super interesting to compare the track units with the dimensions I have for the Bob Semple. The Bob Semple tank was a tank designed by New Zealand Minister of Works Bob Semple during World War II. Originating out of the need to build military hardware from available materials, the tank was built from corrugated iron on a tractor base. Designed and built during a period of uncertainty in which New Zealand feared having to defend itself from Japanese invasion without external assistance, these tanks were a civilian effort to design and create a means to protect New Zealand. Designed and...

" The first (mild steel) prototype was built on a Caterpillar D8 crawler tractor, a type which was readily available.[5] The Public Works Department had 81 D8s, and another 19 were available.[2] A lack of weapons meant that it was equipped with six Bren machine guns — one in each side, two facing the front, one in the turret and one at the rear. The vehicle was very tall at 12 ft (3.5 m) and performance was poor. Due to the lack of armour plate, corrugated (manganese) plating was used in the expectation it would deflect bullets. The crew of eight included one gunner who had to lie on a mattress on top of the engine to fire his Bren gun.[6]"

I would presume that the available D8’s were of the 1937 model, the next model, D8 2U, was introduced in 1940 so it doesn’t seem likely that 81 + 19 were available in NZ when Bob started this design adventure. 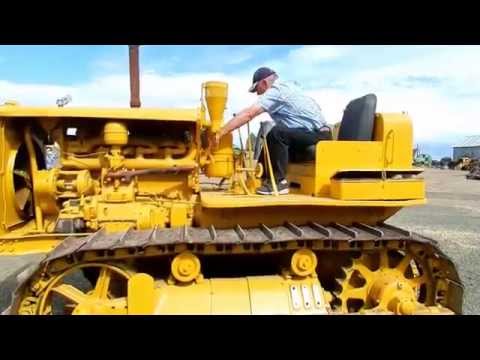 Edit. Now that’s weird. The dimensions I can find for the Semple seem to line up almost perfectly with the D7. The D8 has a nose that’s way too long. Unless they moved the radiator? 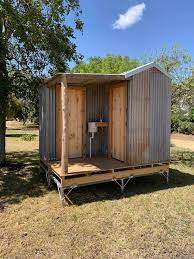 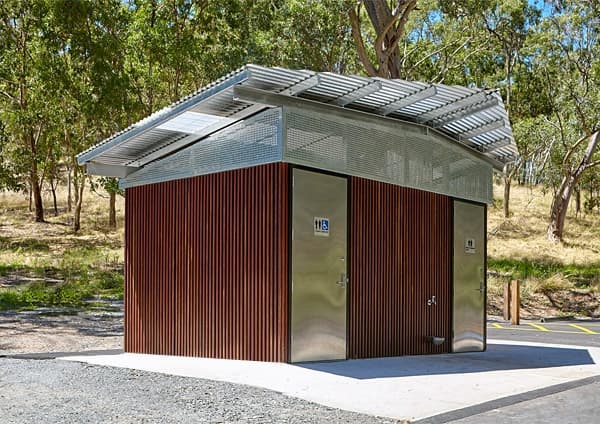 The D8 has a nose that’s way too long. Unless they moved the radiator?

If this can be trusted: 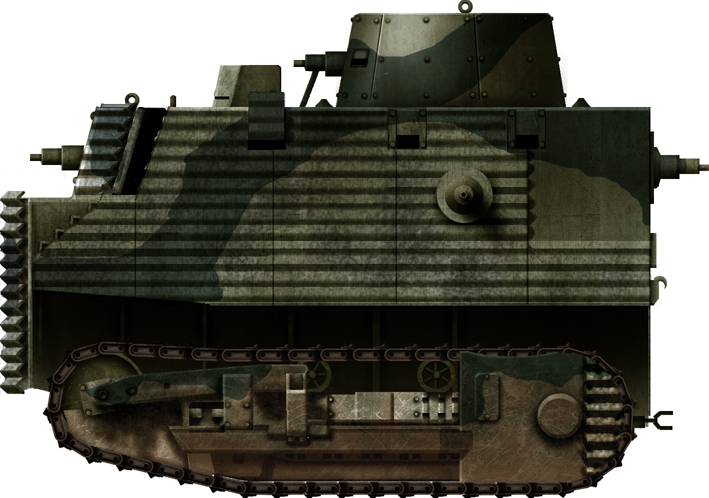 New Zealand (1940-1942) Tractor tank - 3 built Few tanks have achieved the level of notoriety and even scorn which has been cast upon the ‘Bob Semple Tank’. Few lists of ‘Worst ever tanks’ miss

There is a comment “The suspension was modified slightly and the track assembly was lengthened slightly.” If it was lengthened at the front, that would account for how the ‘nose’ on the tractor appears longer based on position to tracks.

There is also this picture of one of the tractors that were the basis for the conversion: 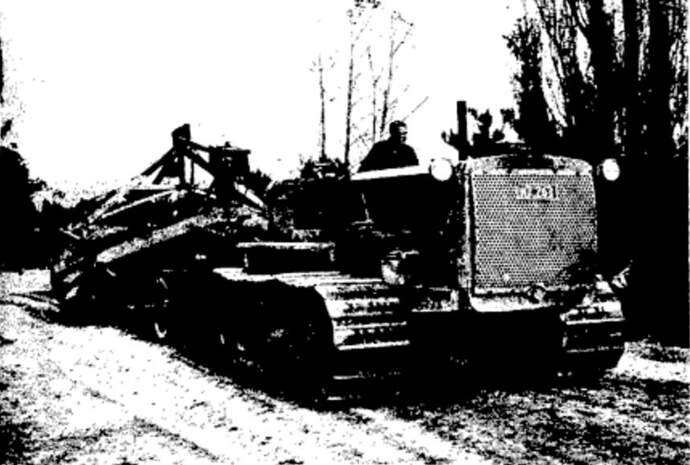 The D8 has a nose that’s way too long. 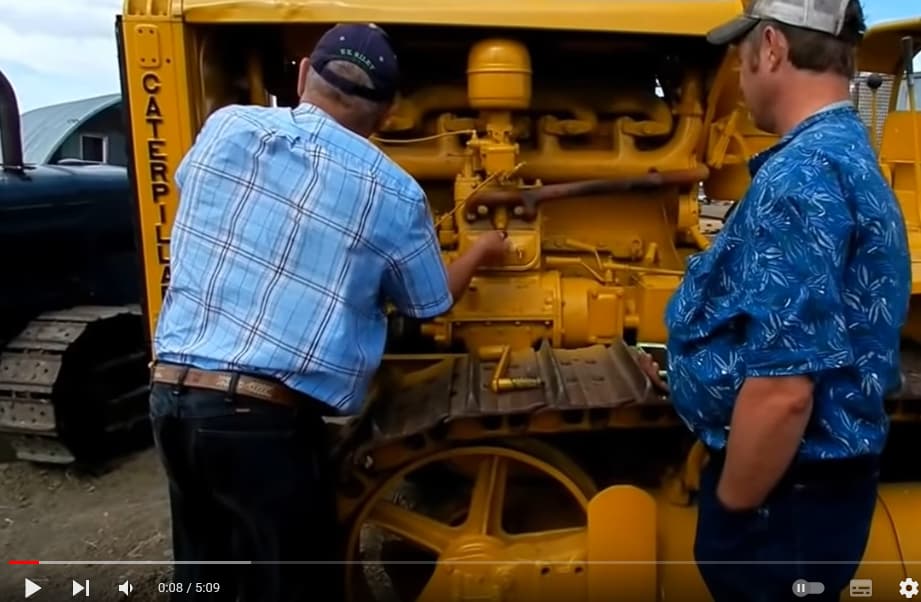 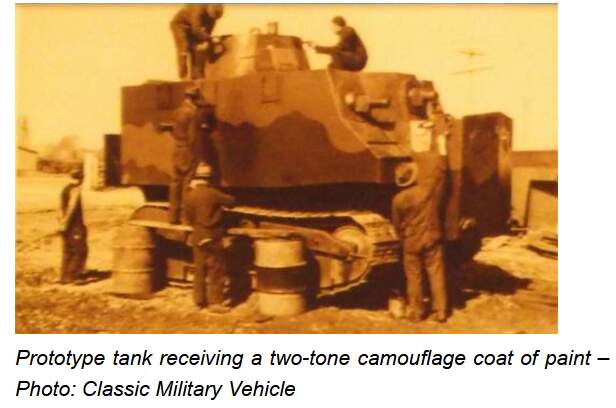 the man painting the front end but I would say that the space between
the visible radiator and the tracks is the same the distance between the
radiator hidden behind the front “armour” and the tracks.

The top run of the tracks on the Bob Semple tank also seems to be a lot higher
that on “Dads” restored D8, Could the “smallish” looking front wheel be caused by
using a larger rear wheel and raising the whole thing off the ground by a few inches.
The front wheel is obviously lifted off the ground. The question is if this lifting is
due to a smaller diameter wheel OR by lifting the rest?

Note the difference in space between front end of track and front of armour. The one beign painted above has a lot of space while this one only has an inch or two. 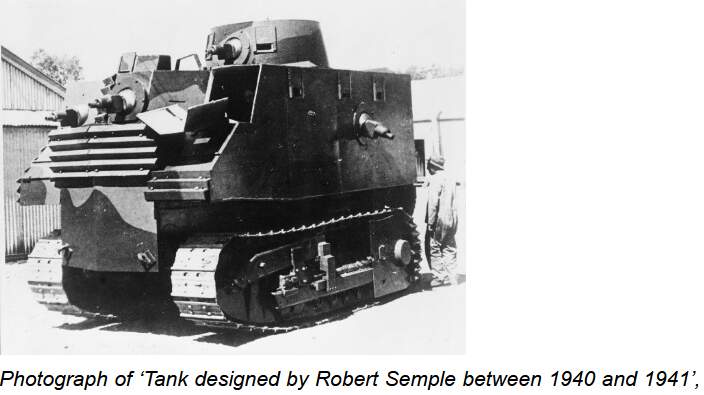 I feel like I’ve seen these vehicles before, as alien robots terrorizing a cabin full of young collage women in a Roger Corman film. If no such film exists, someone should make it. This may be a really bad idea. 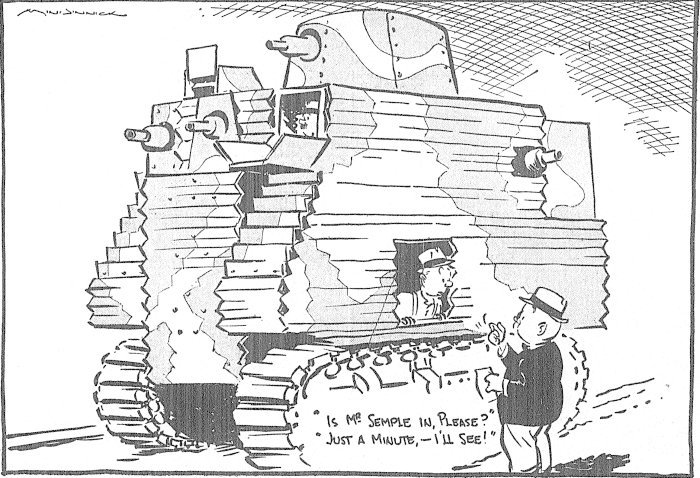 lengthening the tracks makes a lot of sense.

Seems to operate just fine on flat, level ground. Which describes the topography of the Japanese islands perfectly…said nobody ever.

Bob Semple Tank Levels All Before It.

Leave the dozer blade on and it can dig its own hull down fighting position.

Yep, only half way to China…