At midnight on 21st June it will be 80 years since Nazi Germany made the fateful step of invading Soviet Russia… and we all know what happened nearly four years later.

Both myself and my nephew, a fellow modeller, are planning to build two vehicles each to mark this anniversary. We have both agreed to build the diminutive Panzer II and the massive multi-turreted T35. We originally planned for this “David and Goliath” campaign to be a kind of mini group-build, however it occurred to me that others might like to participate.

Proposed start date/time would be midnight on 21st/22nd June and end date to be 24th December. A short timescale I admit, but in keeping with the original timetable of the German high command. Acceptable vehicles would be any that featured in the initial Barbarossa campaign, so that would include all the early German equipment, plus their Czech stuff, even the captured French rubbish that they pressed into service. On the Soviet side you could choose from either a KVI or II, very early T-34’s or maybe something from the BT range, not forgetting their light tanks, maybe a T26. Although I have chosen to torture myself with two vehicles, only one model would be required from each participant.

Great initiative! I’m in. Hope I can really finish both the pz ii and the t35 by 24 December.

Hmmmm I might have a kit or two I can build… count me in!

Count me in. Tons of possibilities!

Excellent! Although I’m guessing that we’re a little short on numbers… What’s the required number of participants to get a campaign off the ground?

I will probably regret this, but… I’m in.

Great stuff! Two more recruits to the campaign and still almost a month to go before the off. Looking forward to the 21st/22nd June.
Keep tanking!

I wish I could participate but too many commitments to other group builds prevent joining with the very tight lime line.

Are the standard guidelines of models must be less than 25% completed part of the guidelines?

I hadn’t really thought of any rules, the aim was for us all to have a bit of fun (in between searching for that tiny piece of photo-etch in the carpet monster

). Bearing in mind the rather tight deadline how would everyone feel if we said no more than 50% complete?

Got a Tauchpanzer IV I could have a go at…

Might join with the trumpeter Kv-1 Ehkranami, depends where I get to on the other builds I have on the go, or perhaps it’s a good excuse to go buy the Kv-2

Depending on the rest of my schedule - maybe I can join in too.

even the captured French rubbish that they pressed into service

Don’t forget all the ex-British kit they scored after Dunkirk, including several modified Cruiser Tank Mk IV (A13 Mk II).

I regret it is unlikely I will be able to participate in the build. 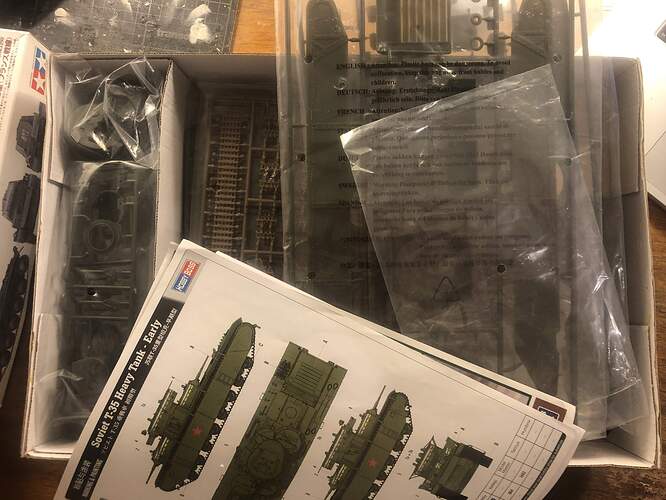 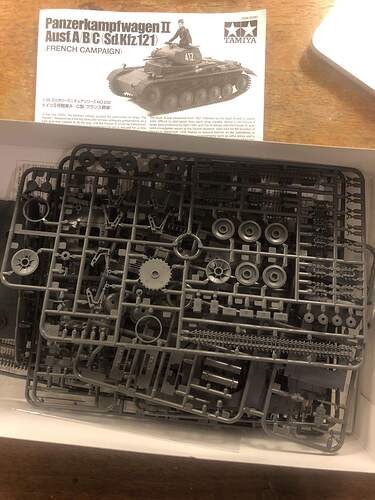 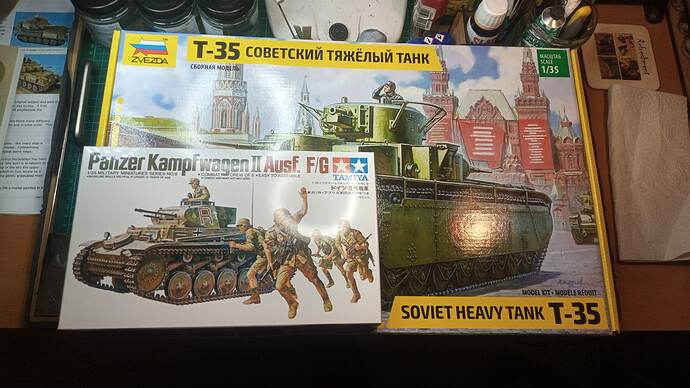 Think I need a bigger workbench!

Now I want one of those crazy big Soviet tanks too!
All I have is a PzKpfw 38(t) in a very poor shape.