Ordering off of Ali-express

Has anyone ordered from Ali express before? I am planning to do a small vingnette centered around one of the 24 flak panzer I lost in Stalingrad. I was going to use this set with two Russians and dead Germans. I would prefer to order from a retailer but the only one I found with stock wants more for shipping than the kit is worth. Here is the link to what I want

Yeah I figured. Oh well, I’ll move on to another idea. Can’t justify $35 shipping fro $30 in figures from the only American retailer I’ve seen with them.

I bought several things on the site, depending on the seller, the wait for the package can go from months to a few days, quality depends on there are many ups and downs … but if you pay little you cannot even expect quality sublime,but I have only ever brought tools, consumables and materials for dioramas etc…

For the figures I personally do not take them for 2 reasons, First of ethical and respect for people like Stalingrad who do a great job and love the hobby, because they are fakes, copies, knockoffs … a set of more than a hundred $ to a little more than 20 is clearly a copy. …but 99% of the resin figurines on Aliexpress are copies,the only original i bet are from Chinese manufacturer.

Second, because they are copies you have a good chance that the quality is not that great, that the cast is bad, bubbles, maybe with cheap brittle resin and forget about any box or instruction

This is the original set
https://www.bnamodelworld.com/model-figures-stalingrad-s-3120-1:35-after-a-battle-1945-big-set-5-figures

This is a pirated copy and recast of original Stalingrad figures. As are most figure sets offered on Aliexpress…

Hobby Easy has the set listed for $76.

PS I edited your original post and removed the link to Aliexpress. Armorama has zero tolerance for pirated figures.

Thanks guys, definitely don’t want to support pirated figures. Frustratingly I want only 2 of the 5 which are reasonable at $30 but everyone that carries them wants $30-50 for international shipping

but everyone that carries them wants $30-50 for international shipping

Hobby Easy as well? I remember buying from them before and they had very reasonable shipping charges.

I haven’t checked their shipping, but the 5 figure set is a little pricey. Ideally I want two Germans, and one Russian. Hobby easy is sold out. A couple places have them but shipping is insane. Figures are $60, shipping is $45. Can’t believe how much some people want for shipping. I know it’s greed because I ship stuff to the US from Canada all the time and it’s around $15

Anyone heard of high caliber miniatures? They are in Canada and have all of the figures I need. The prices don’t seem absurd in that they aren’t so low I am suspicious.

I got couple of things from High Caliber Miniatures and had no problems with receiving my orders. 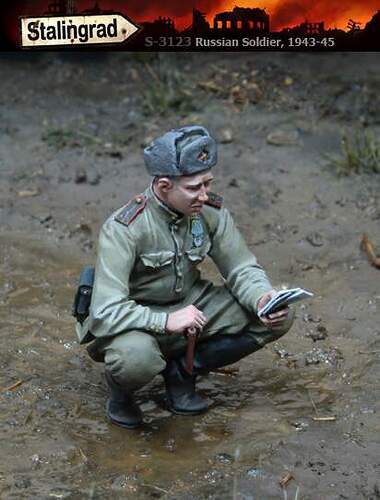 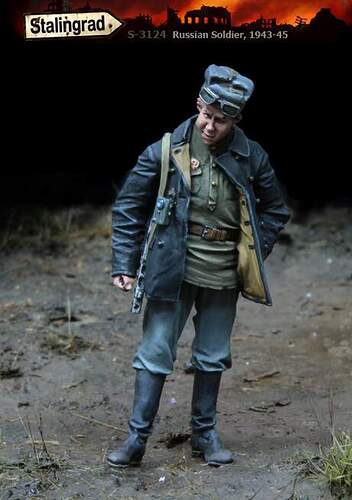