Do any one know the right color for painting israel tank crews during 1973 war.
Paint chart say it sand color.but it look like khaki drab.

I happen to have an IDF tanker’s overall laying around. I’ve “liberated” it upon finishing my service in the late '90s. Mine is green. It was manufactured in '73, so historically as correct as it gets. I’ll dig it up and post photos of it, so you could have an idea about the correct color.

Can you provide the right color to paint idf tank crews uniform during the 73 war.

For what it’s worth… I was there in 1977. All the troops I saw carrying M16s were dressed in olive green. I’m not so sure I would call it olive drab as it was lighter/ more green than our less vibrant ODs of the time before woodland camo.
Those troops returning to Jerusalem from patrol/exercises (in the desert I guess) were covered in yellow dust.

If it’s available where you are, check out the TV series Valley of Tears set during the Yom Kippur War. Lots of good references on uniforms and kit to be seen and quite a good show.
It’s on 4oD in the UK. I’m 3 episodes in and really enjoying it.

Less than ideal lighting conditions, but anyway, here it is. It isn’t '73 as I remembered, but '74 vintage. 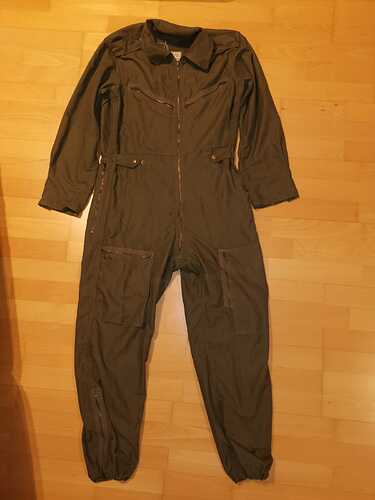 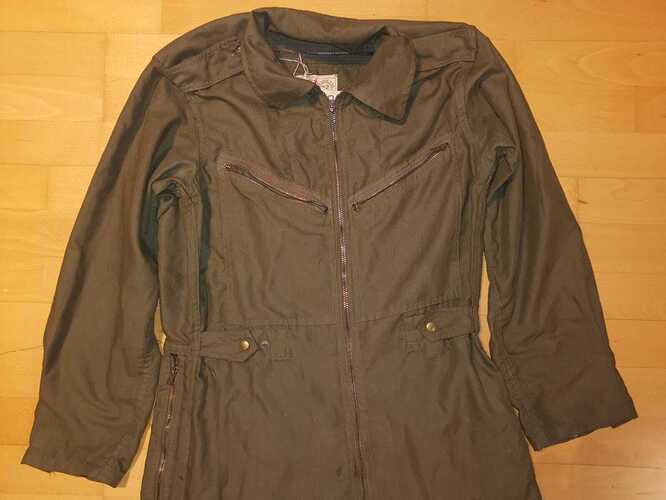 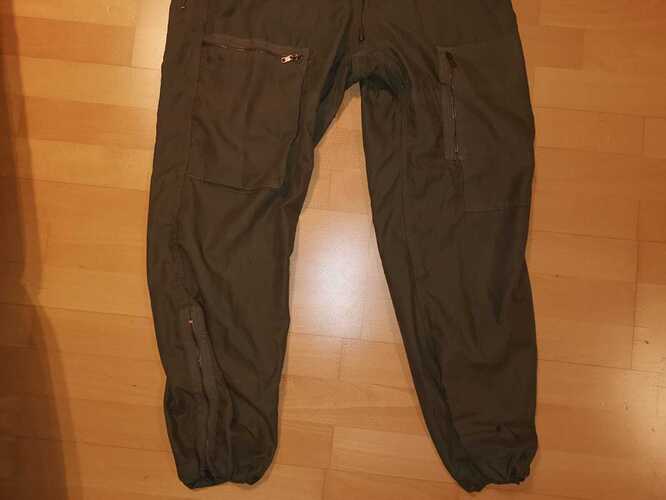 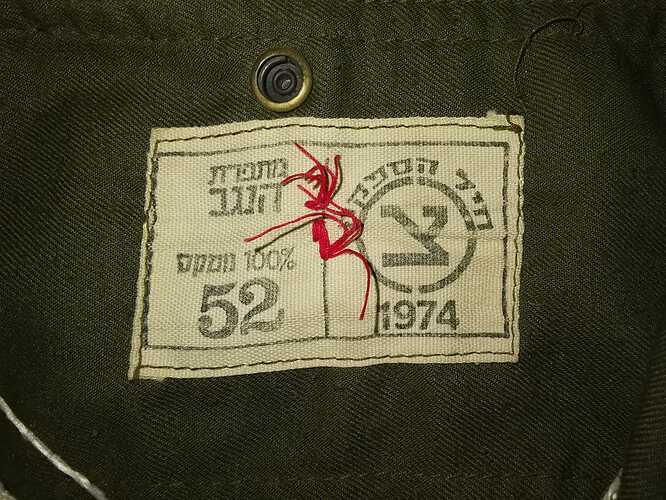 Take two in natural light. A lot closer to the real color but still not quiet there. 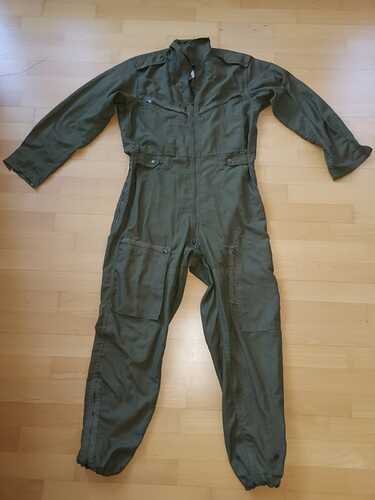 I don’t know if I’d call that a khaki Olive or Olive khaki color. I’m thinking of using Panzer Aces color for Italian or French tank crews as a starting point on the IDF uniform color.

@phantom_phanatic, I finished up the whole series of Valley of Tears about two weeks ago. That was one of the tipping reasons to start my M51 Sherman build. It was pretty good, although some of the writing seemed a bit too current in my view. Of course I was not there at that time, so I don’t know how on point those portions were. I do hope that they expand the series to cover what happened next and the Sinai as well if they do more seasons.

Mig makes an IDF Green (A.MIG-0068) which I think is supposed to serve as a base for IDF uniforms. It sure if it’s perfectly correct to the period, but it looks close. Like Stickpusher said, it’s a light olive bordering on Khaki colour.

One indoors, one outdoors. Not armored coveralls but draw your own conclusions. 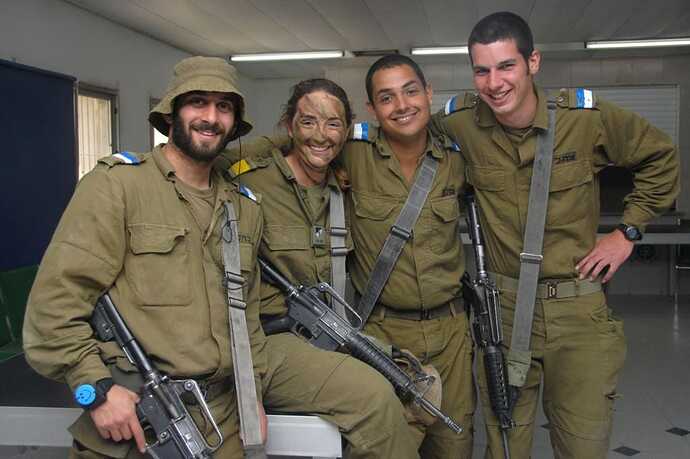 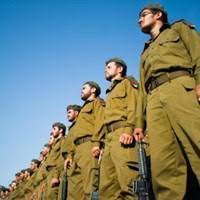 Looking at my bottles of the Panzer Aces colors, compared to the last photos, the French tanker base color looks closest.
That aside, for enamel users, perhaps mixing Humbrol Khaki (not their khaki drill) with Khaki Drab might work for eyeballing it.

Have to admit I’m not as fully up to speed on what went on before and after the 73 war as I’d like. So a lot of the political stuff has probably escaped me. It’s a good jumping off point for me to learn more. I suppose it’s always difficult to separate current affairs in the writing of a show like that, there’s always going to be some influence.
Still, I’m enjoying it much more than a lot of other recent shows. Valley of Tears quietly slipped into the schedules here with no promotion.

Personally I think you have some leeway in the colour. One photo here shows a lot of variation in uniform, and the tanker overalls next to shirt and trousers of the two infantrymen shows it can be paler. I’ve included a phot of a US tanker I painted, and personally I would go for something like his overalls were painted. I used Vallejo MC Khaki and added just a little green. I’m sure there are equivalents from AK etc. 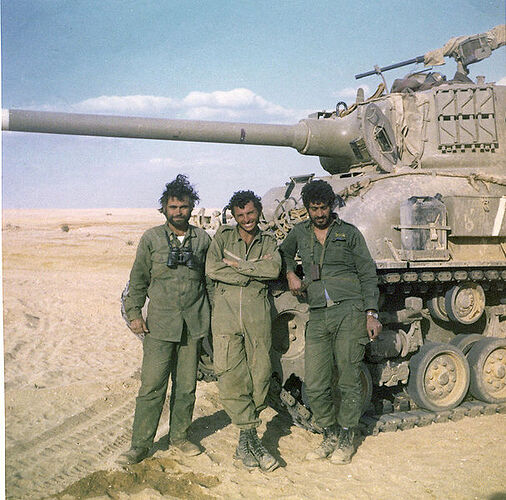 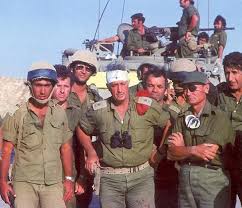 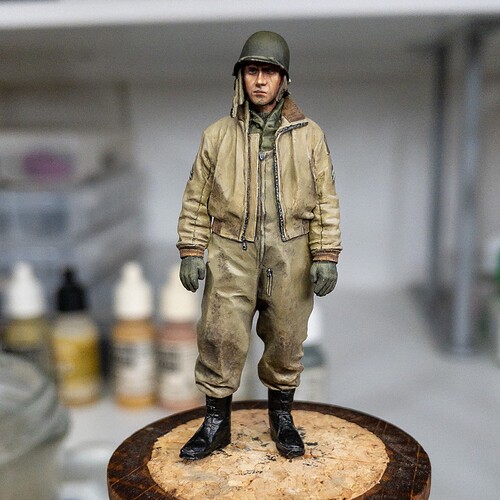 NIce pictures, shows clearly how faded some uniforms got… so… any shade of olive green will do

Read as well that olive green was the standard color, but would fade and the dust/sand would stick to the clothes, so unless washed (or new like Dayan’s shirt) you would have all kind of green/khaki/sandt color tones…

Just to clarify, we’re talking about two different kind of uniforms here: tankers coverall (the OP’s original question I suppose) and standard IDF fatigues. They’re not the same color, for the coverall is made out of a different, fire-resistant material that doesn’t fade as much (if at all) as the latter. If you see any discoloration, that’s most likely due to sand/dust, rather than fading.

The one pictured above was manufactured in 1974. I was issued with it almost 25 years later, so it is safe to assume it had a few owners before me. It’s hardly faded. This is probably helped by the fact that IDF tankers don’t wear their coveralls all the time as their standard working uniform, but only during what I would describe as ‘operational movement’ of the tank (I guess that’s pretty much the standard practice in armored corps around the world). In war time, they would wear it 24/7 of course.

Just like I was issued with an almost 25 years old piece of clothing, tankers during the Yom Kippur War, especially reservists, might have used coveralls of different types and colors manufactured decades before. Just my 2 cents.