Hi guys - I just started a Takom Panther tank and was wondering if there was a “definitive” list of the differences or unique features, of the tanks from the three different factories. Yes - I know, nothing is definitive when it comes to WW2 German armor.

I figured someone would have compiled a list somewhere, but my google version seems to be failing me in this search. Thought I would reach out and see if anyone here knew of something.

Right off the bat all I can think of is the chin added to the gun mantlet on late Panthers.
Early 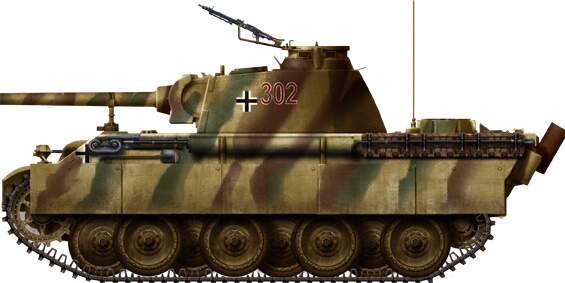 I bet some German tank guru can answer this way better then me.

I’m not the guy, but I think the main differences in the A&D tank hulls were in the front machine gun mounts. The turrets are also a little different. Then you can cross the A&D to get a late D and an early A model. The Panther IP used at Kursk is a little different from the regular production Panthers, and also some wild looking camo paint jobs. The main difference I see is in the stowage boxes (and then we have an early and late hull)
The G hull is different from the A&D, and so is the turret. The chin and no chin are the easy way to spot an Early G verses a late G. Also the basic turrets are different from the A&D. The G was a major redesign of the tank.
gary

Together with the different Panzer Tracts volumes, this is regarded as one of the best references as well: 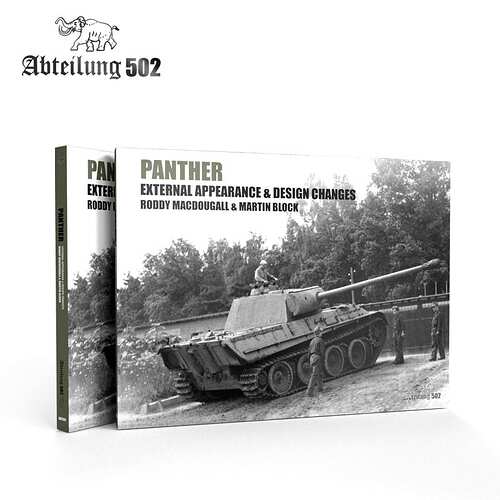 A post from the old forums that I believe to be relevant enough.

Edit: Achtung Panzer! - Panther from my 1st google page. Someone could set up a wiki page for the Panther.

Early G’s had a regular gun mantlet, late G’s had the ‘chin’. Late G’s are easy to spot as they also have the raised intake fan on the rear deck (for crew heater) and flame hiders on the exhaust. So your picture there could actually be an early G v a late G.

“definitive” list of the differences or unique features, of the tanks from the three different factories.

The three factories being Damiler-Benz, MAN & MHN if memory serves. I’m rusty on my Panther lore but maybe able to recall a few basic ones. Please don’t take my list of factory details as absolutely there more stuff I can’t recall or never knew etc.

This is how the Ausf’s (D, A, G) were defined based on what Jentzen & Doyle published:

Panther Ausf G - defined by the new hull with different hull sides angles for easier manufacturing which are most noticeable at the rear.

I think the various factories produced various Ausf models. The D might have been limited to two factories- I can’t remember been over twenty years since I built a Panther and looked at references.

The vast majority, maybe nearly all Panther kits to date are a mismatched mix of ALL three different factories minor different little details.

FWIW - Trivia
Long ago there were a few hard core armor modelers (The Panzer Police) that went ballistic seeing a Panther model with Horizontal line Zimmerit because it was WRONG! Had to lawyer up with Jentz & Doyle (the serious references) and proved a Panther Ausf A innocent of that INACCURACY charge…wink.

Hopefully that will help ball park a few factories details. There’s more but my detail knowledge is pretty limited.

Mike, the best way forward is getting a good reference book like Carlos said or a few of them… I always look on evil bay as you can get some decent deals of you look around… The types of Panther or more importantly the variations can be quite complex, as everyone has said above, plus the exhaust pipe variations on A’s and G’s from late G’s having the muffler to some not having it, the single steel rear wheel station on some G’s to all steel wheels…this is also a great reference site for WW2 tank images. The link should take you to the German tank section… There are 3 Panther parts to it… Enjoy

You mentioned the differences between the 3 factories production runs. Did you also mean the three different panther types? If so, the answer would be different.

The cupola isn’t diagnostic between D and A; what makes it one or the other is the actual turret shell design and construction.

The A and G had the same turret but G had a different hull.

In all cases there were improvements and changes during production (hull MG flap/Kugelblende, exhausts, engine deck changes, wheels etc.) but these don’t specifically define the model.

If you want plant-specific details, the book by Roddy et al is the best and most recent source currently in print. The Panzer Tracts volumes and Germany’s Panther tank book are also worth having.

The cupola isn’t diagnostic between D and A; what makes it one or the other is the actual turret shell design and construction.

@RLockie Robert, that’s an interesting comment can we discuss it?

Posted for discussion purposes only. 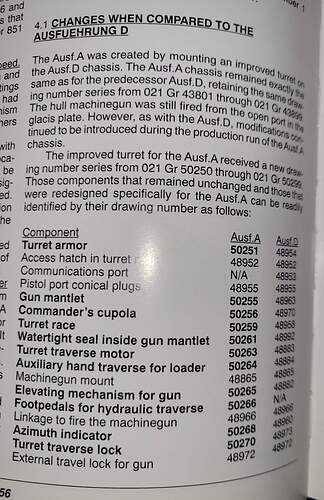 Isn’t Jentz was saying the new cupola was part of the new turret design? The A listed a new drawing #50256 for the cupola # vs the D showing drawing #48970 for the cupola. He also says specifically redesigned for the Ausf A.

Is Jentz in error? Sources?

Two other changes introduced in the late D/early A, the bow machine gun mount went from the letter box flap slot to the ball mount, and the gunners site in the mantlet was changed from a binocular opening to a monocular opening. There were also multiple exhaust pipe configurations introduced to attempt to remedy engine overheating and subsequent fires.

In Panzer Tracts 5.2 on the Ausf A, The very first picture in the book is an new Ausf A turret design with the drum cupola fitted. Whether a production vehicle or not - who knows. So, the drum fits the A turret, but how many were produced that way???

This is the ongoing issue with German armour where old stock items were fitted to newer components, orders for fitment preceded the actual delivery of the components, etc. Then you have the issue of parts of different vehicles being cobbled together when being repaired.

A definitive list is simply impossible due to the circumstances. 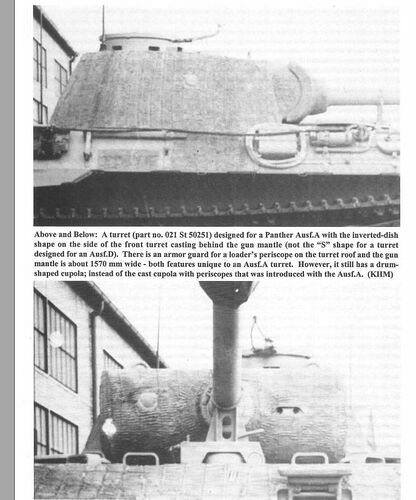 @petbat Peter, thank you much appreciated

Some more link on the topic. I most add line because I am no expert nor have access to primary sources.

The German Panther Tank Research & Photo Collection page. - Home | Facebook A facebook page specialized in Panther tanks, I know some of the member here are in the group as well, hope they can dig the posts from years ago up.

Yup, this book is basically the best solo book with the Panzer Tract books on the -D, -A, -G and -F being even more in depth.

on the D model, we see the letter box opening for the machine gun at the front. The A used a ball mount, but there were a few early A’s that had the old letter box and old cupola (not many). Th real problem was with rebuilds having new parts on old hulls and turrets. Also if I remember right; there is a difference in the turret roofs between an A & D. Then there are two different roofs on the G (metal thickness mostly). Panthers are easier to spot than Jagedpanthers. I find them to be a jungle
gary

Gary the difference in an A or D is normaly defined by the new turret not hull details from what I understand.

Some early A’s had the new turret with the old letter flap MG.

Has anyone see or have a picture they could share of a Panther D turret fitted with the new style Panther A cupola?

I’ve always wondered in the chaos of WW2 if that occurred.

Likewise of G hull with a D turret?

Never say never, but it is unlikely to find a D Turret on a G Hull. Not withstanding the difference in turret race, meaning the G hull would also have to be retrofitted - if the old race could be used - there were about 4500 A’s and G’s made and only 800 odd D’s. By the time the G’s would need replacements, there would probably have been far more ex - G and ex - A turrets available without the hassles of retro fitting a D.

The turret ring gear diameter is different between the two. As for an A with the early style letter flap opening; I’ve seen some A’s with it as I said. You can mix the two to make an early or late.
I think there was a picture posted on M.L. of the new cupola on a D turret. There are even some pics of the drum cupola on early A’s, but also kinda rare. Also, not every G model had the heater in the rear. Maybe most did; I’m not sure. And then we move into the F and the Panther II.
gary