Something I have made last year, a Landrover RSO found by some lady’s

De LR is from HobbyBoss, the lady’s are all from MB, the Harley from Italeri.
But nothing is build straight from the box.

And finished ? almost, still searching for the last details and flash to call it done.
If someone is interested, i have still photo’s from the build. 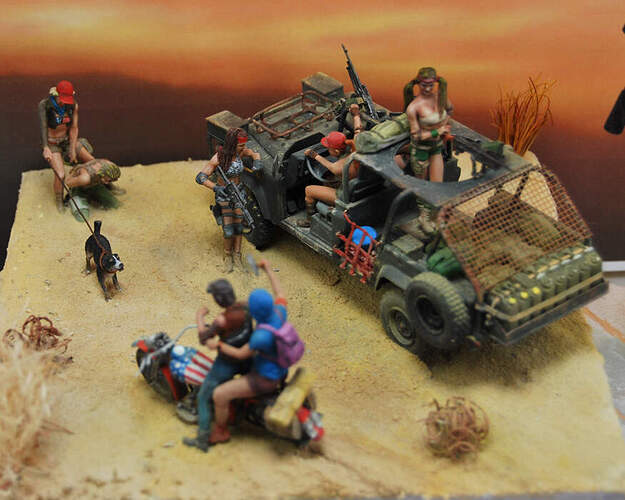 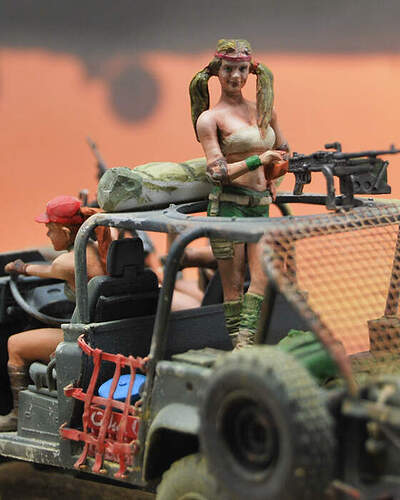 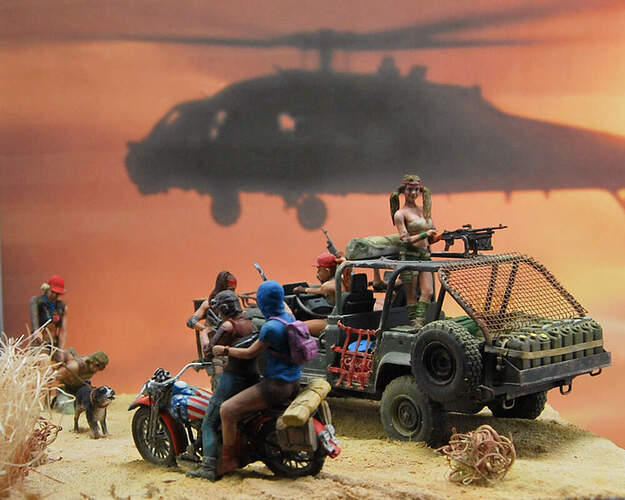 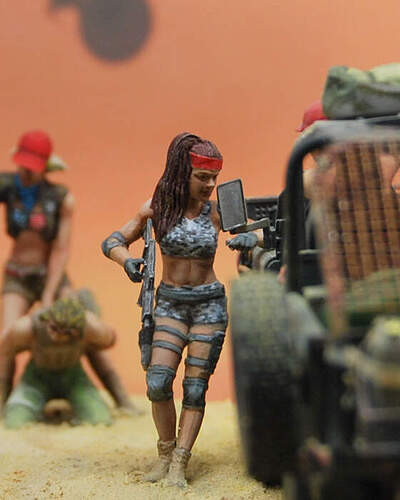 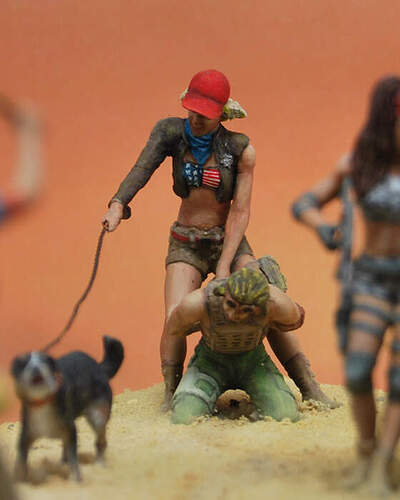 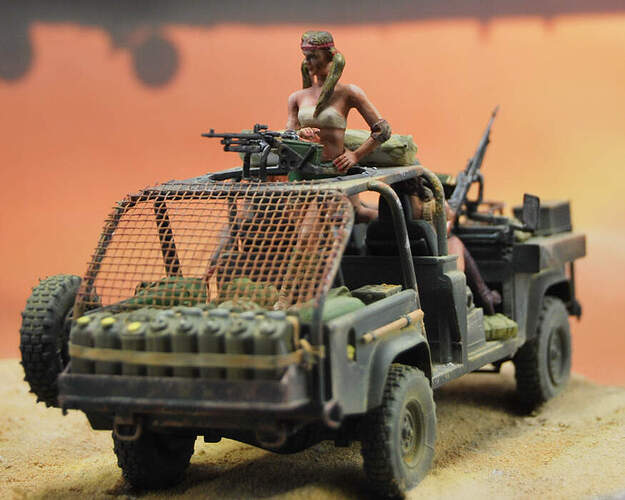 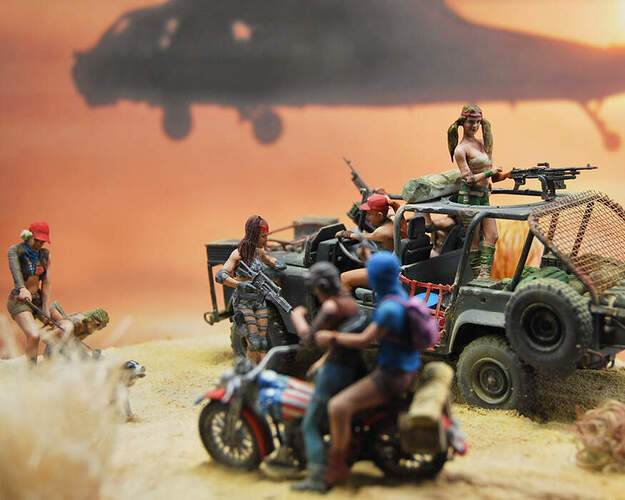 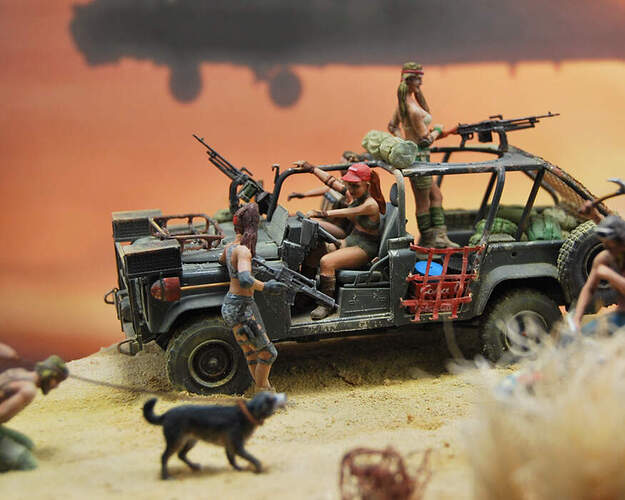 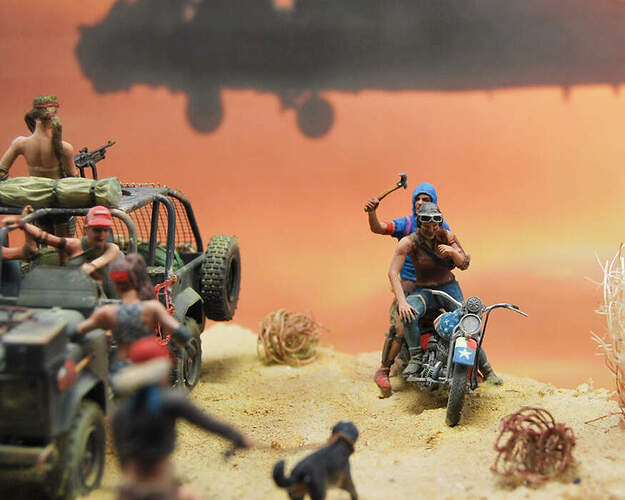 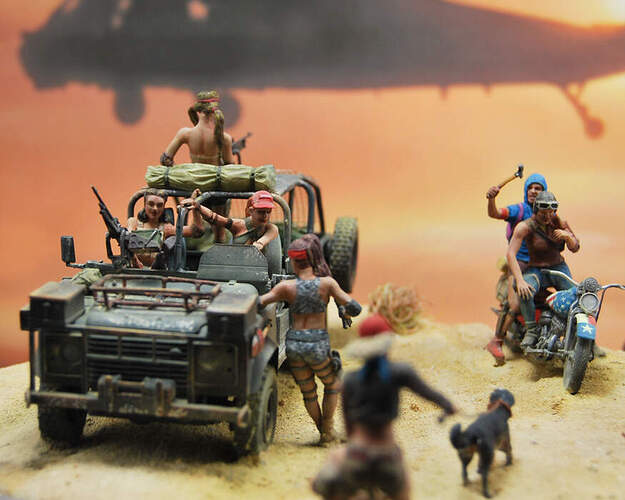 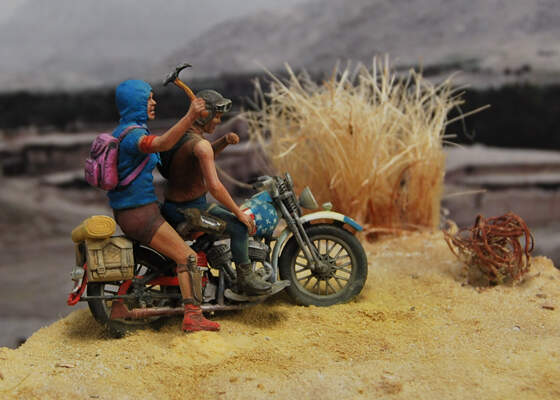 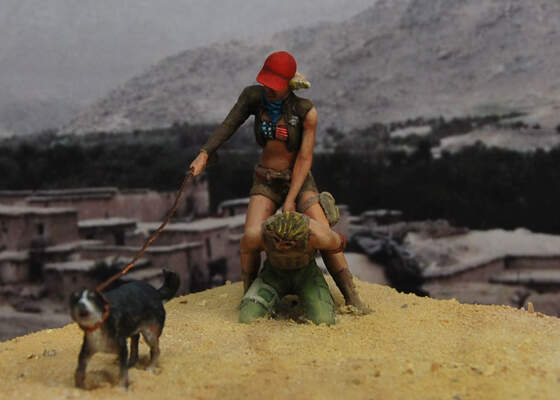 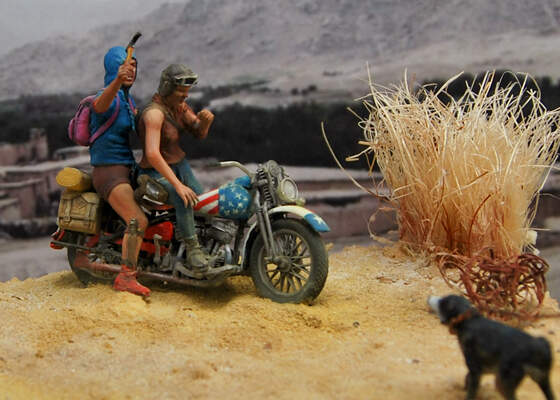 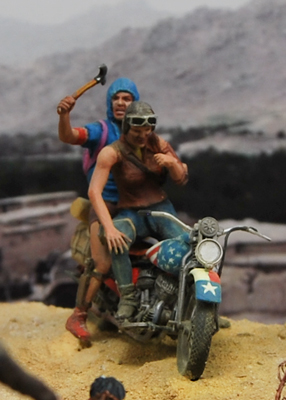 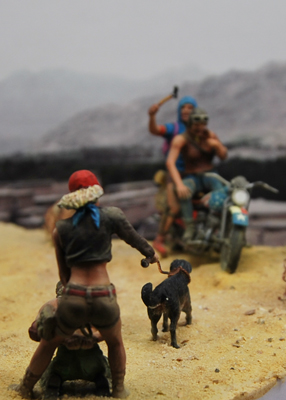 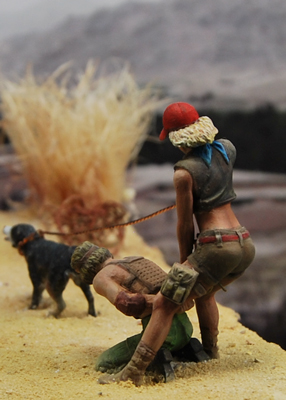 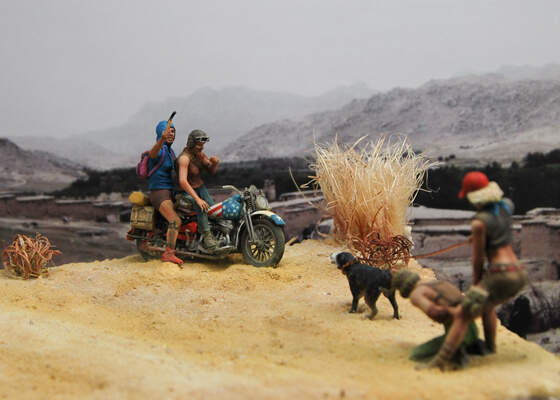 Wow that is really great ! Love the subject and the finish is excellent on everything.

Interesting how in Master Box’s Post-Apocalyptic world all the women are hot, can’t seem to find any clothes, and like to beat on men. Not my thing.

By the way, what makes this a dio that fits/belongs on Armorama? Just because it uses vehicles that were originally military vehicles doesn’t qualify to me. In my opinion, it should be in the Sci-Fi Forum. I can move it if you like.

No problem, if you think its in the false place just move it.
If you think it is not suitable for the forum, you can delete it.

I can see moving it to the sci- if category yes, but nothing at all wrong with the content of the piece

Moved it to Sci-Fi for you. Nothing wrong with the execution. It looks good. Good job on the figures too. Just not my subject area.

“Interesting how in Master Box’s Post-Apocalyptic world all the women are hot”
Darwinian selection process/survival attribute:c.f. Wendy Richard’s character in “No Blade of Grass” (O.K., she died, but only because her husband was a nutter) or even Lynne Frederick in the same movie.
“can’t seem to find any clothes”
Part of the same, check out some of those Favella girls. They have a few good years before they turn into Venus of Willendorf…
To be fair to MasterBox, they are now producing some more mainstream “survivor” figures albeit not much cheaper than the resin stuff already available.
http://www.mbltd.info/figures/1-35-scale/desert-battle/35215.html
http://www.mbltd.info/figures/1-35-scale/desert-battle/35214.html
There is probably a market for affordable injection-moulded modern “Western” style refugees for “What if” as well as “Post Apocalypse” use. I’m looking forward to ICM’s Chernobyl#5. Extraction:

although they have the look more of slightly irritated holidaymakers than individuals fleeing disaster (although this is probably accurate for Chernobyl!).
“and like to beat on men”
And each other! Oh, we’re back to the Favella chicks…
" Not my thing."
You probably wouldn’t like the Californian “Wasteland Weekend” then…
(Not to be confused with the Dutch “Wasteland” event, which is an order of magnitude WORSE!)

" In my opinion, it should be in the Sci-Fi Forum."
I agree, that’s where it would be at home, along with “Tank Girl” and the like. But it does beg the question, where do all the “Paper Panzers” and similar “What if” items really belong?

Love it! Very well done. Oddly enough, I have most of those items in the stash, intended for a very similar purpose, although the ladies were going to be associated with a Chinese BJ212A, demilitarised by the removal of the 105mm Type 75 Recoilless Rifle (wanted for use on a “Technical”) and painted Shocking Pink…