Scene Around the Track

Yeah I thought it looked like an Eastern European or Soviet design. Not that well versed on them but since you found it it’s in South georgia, that confirms what I was suspecting. Thank you.

Great idea for a thread Fred, some amazing pictures from all who have contributed thus far,

For my part I’ve been considering the image below for sometime as I have some left over 00/H0 track from my dockside diorama. 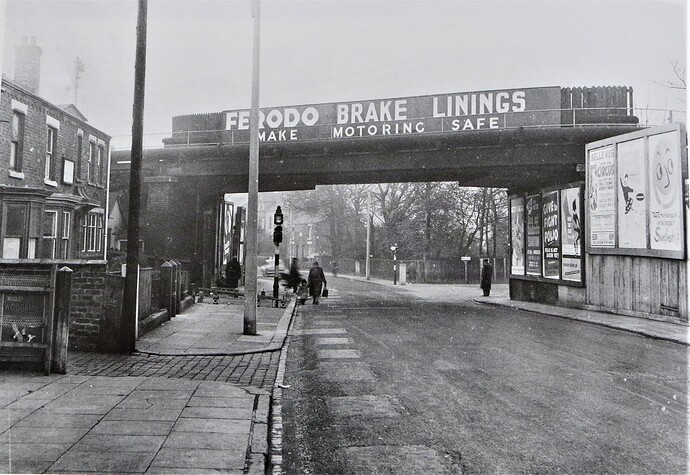 I need to somehow compress it so that it fits my self-imposed A4 base limitation.

I’m thinking partial bridge and embankment, the facades of a pair of Victorian semi’s, pavement and road.

If I go ahead it’ll be set during the WW2 blitz, maybe half the semi bomb damaged, and for variation in height a pit dug around an unexploded German bomb.

Might be a challenge to far for my limited skills, if only we could magic our imaginings into 3D reality,

There are some great buildings being demolished in HO. Can’t remember who does them but it’s a European company. Definitely not a British look though. I had them on the old East German diorama I was working on. Even well into the 80’s they hadn’t yet fixed a lot of the damage from the war.

Yes, agree, this would be a very interesting diorama