I’ve been building models for the past 4 years… And lately, I noticed that my stash and shelve space aren’t in line with each other

I was thinking about selling some of the finished kits, to make some room and little cash for upcoming projects I still have in mind…

But I Literally have NO experience with packing models, especially completed kits.
Any tips someone could give me?
Thanks in advance 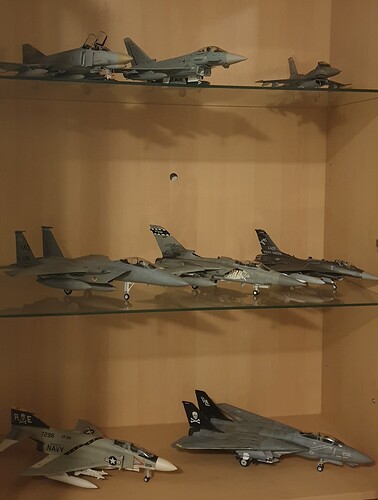 So, I have stored some models and I think they would ship well this way, but I have not tried it, so fwiw.

I got a box big enough to hold the models and I got some cushion foam from the local ladies’ crafts store. I got a couple of different depths but sized to match the box. I then drew an outline of model on the thickest layer of foam and made a cutout for it. I used thinner layers of foam uncut above and below. It makes a nice stable sandwich for the model. You’d have to figure out how to cut a small hole for the landing gear sticking out.

All the planes I store this way are wheels up, so I would be concerned about the landing gear.

Thats the thing, I think foam isn’t really an Option, since I build my Models wheels down, out of necessity (not an Option to hang them up or put them on an Stand, yet)… I was thinking of filling a box with shredded paper as a cusion and filler. But no idea if that’s enough… Just don’t wanna sell something, and having the “customer” receiving broken goods

Yeah, I hear you.

Polystyrene blocks that are glued to the box to secure the model in all directions is the usual method.

But wouldn’t that mean, that any external shock to the box, would be translated directly to the model in the Box?

When i moved,for planes I filled a box halfway with the foam they stuff pillows and toys with, it looks like cotton candy,then I laid the plane in so thats is wheels were off the bottom and the whole plane was resting on the foam,then I carefully packed more stuffing on top to fill the box,thus trapping the plane between stuffing allowing no movement.It was an interstate move by movers,not one broken gear,pitot,or missle.Very effective. 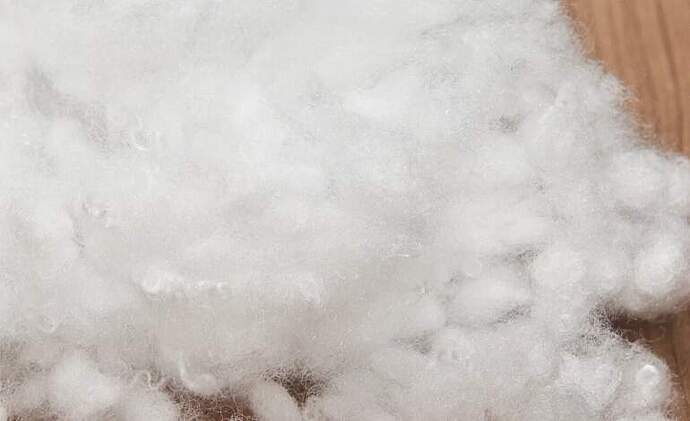 Yes that looks like the stuff,got mine at Hobby Lobby,but most of those craft stores sell it.I should really ssy stuffing not foam.

I just got into this, so perhaps I can give a tip.

If you cant use foam, get a cheap paper shredder and shred a ton of newspaper to fill the box up. Also, consider air bladders! They look almost like giant bubbles, and lots of shipping material stores have them.

Best of luck, from one seller to another!
Dennis

I just drove about 2000 miles with a bunch of models in my trunk. I followed a similar method to some of the other, cutting a rough outline in foam about halfway up the model. I then stuffed the crap out of the box with the plastic bags you get at the grocery store. They have enough give so they won’t break delicate parts but are more rigid than newspaper or foam so you don’t need as much to stuff the box. 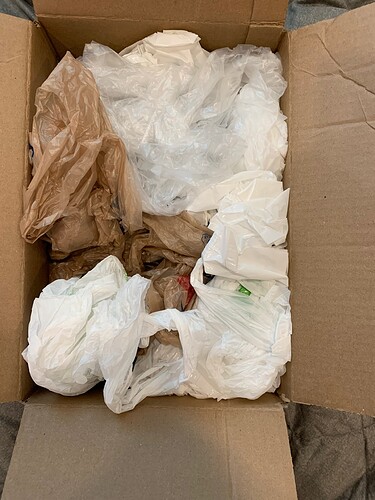 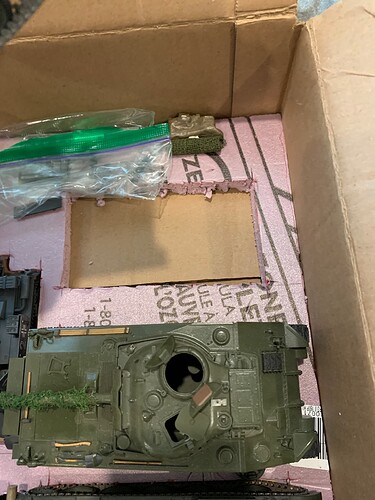 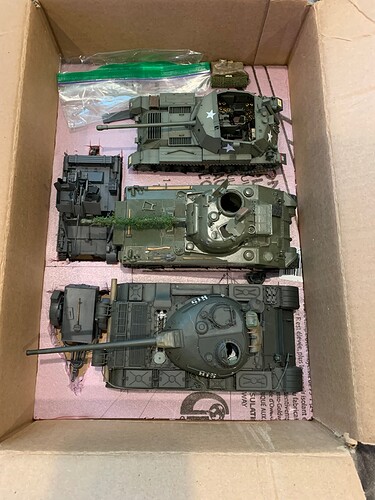 None of the models shifted an inch, and I hit some rough roads and had to slam on my breaks once when someone cut me off. I would consider @DennisatAutoloader method

Just beware you driving models is different from shippers shipping.UPS,USPS and Fedex will not be as careful as you will be transporting from one place to another.

@Tojo72
worked at FraPort for 2 years on the airfield, loading Cargo and baggage… trust me, I know ^^’

looking good, but I think for the fragile Landinggear of the aircraft, again, not really an option… I gotta consider the packet handlers at the logistic Centrals, when they are under time Pressure throwing boxes in the van or what if some heavier gets set at top the box…

The secret is to put your item (carefully cushioned) in a small box, which goes in a medium box, which goes in a large box, with plastic bag cushioning separating each box. I know someone who shipped a large battleship model internationally using this technique and it arrived in perfect condition.

All about the art of the diorama.