So. Cal. AMPS is doing a 12 hour online build challenge. It’s not so crazy as it sounds- build a model over the course of three four hour build sessions during zoom meetings, one session per month. Previously we had done four hour build challenges, but that limited the choices of kits one could reasonably take on to complete within a four hour window.
So for my build I chose the ESCI 1/35 Leopard 2 kit, 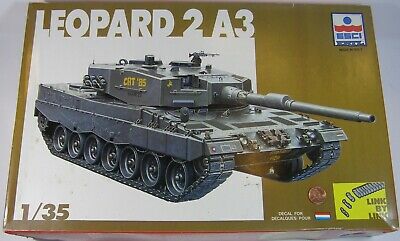 I will be doing mine as a Dutch Leopard 2, since they had a nice overall Gelboliv scheme 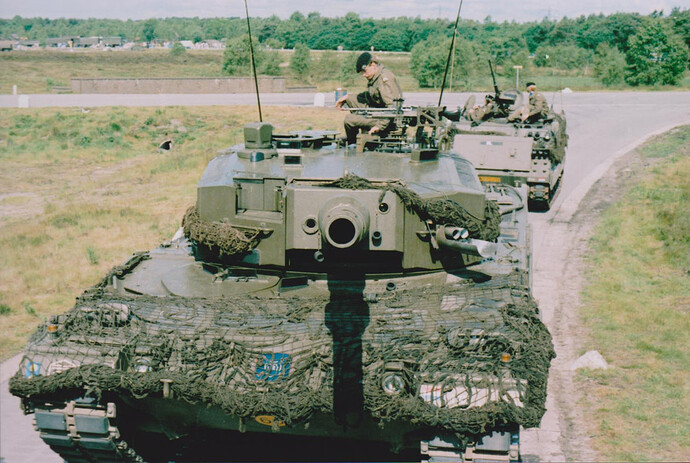 Trying to cram a complete build into 3 four hour sessions meant no time to stop and take photos during the first session this past Saturday, so I took the photos this morning due to a busy weekend.

I was able to complete the suspension, one side of the link and length tracks, and most of the second side’s tracks 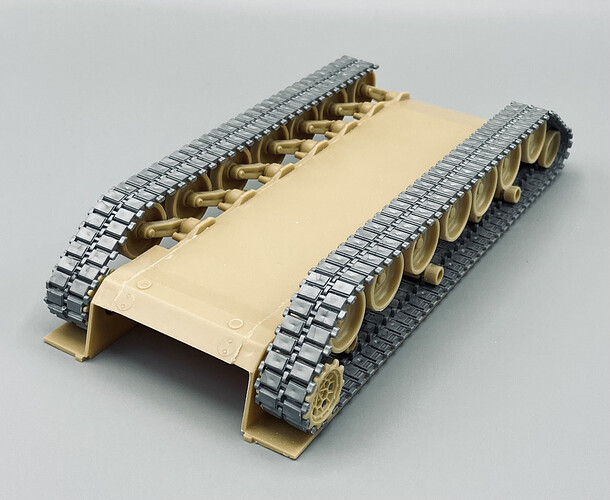 I added most of the major add ons to the upper hull, just left off a few bits that would easily be broken during assembly handling… 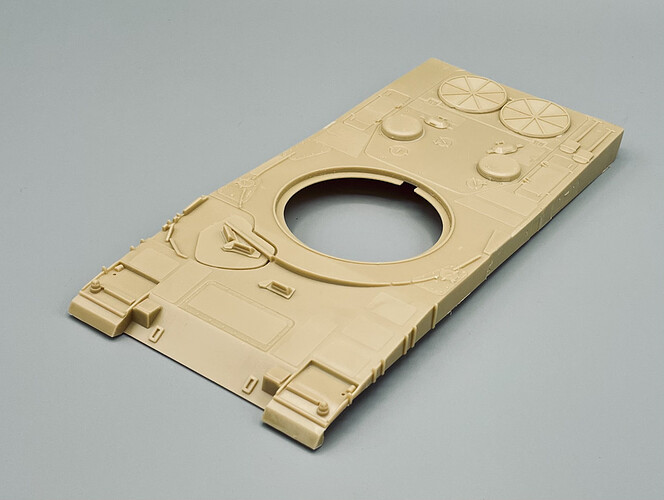 And the turret is about 95% complete. I was not happy with the bore of the main gun tube, so I replaced it with some appropriately sized tube styrene. 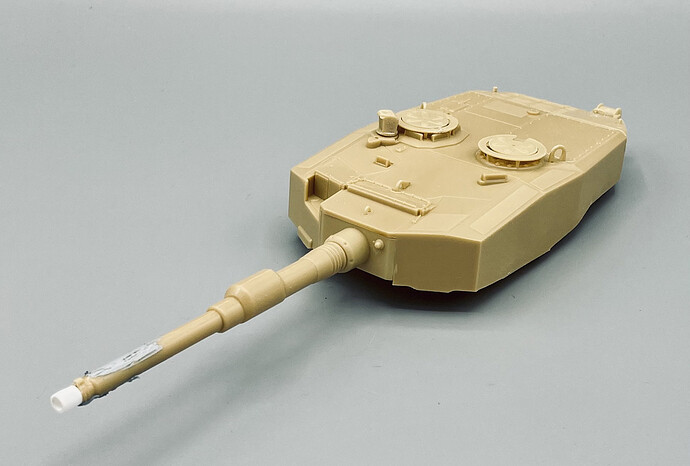 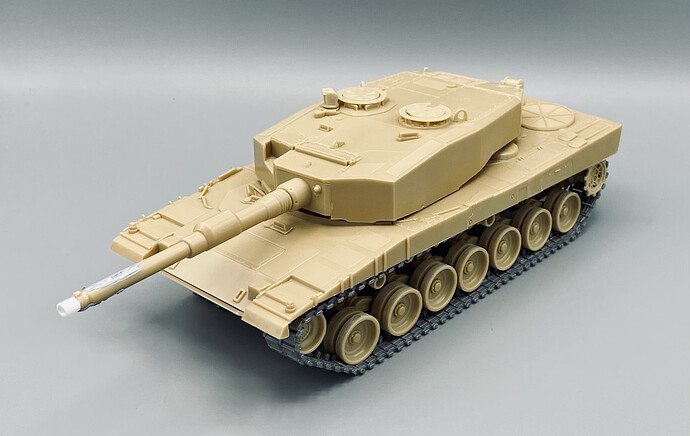 Not bad for four hours work. Next progress update will be after the February session. We are on the honor system not to work on our projects during the intervening weeks between sessions.

Interesting idea. Our club does themes for our group builds, sometimes the same kit other times a genre like (Japanese tanks). Lucky for me there is a campaign that overlaps so I can kill two birds.

Thanks Ryan. It’s a less than stellar kit, but it works for this challenge and fills a gap in my collection. During the meeting we were tossing around ideas for the next club GBs and challenges after this one. Japanese tanks was one of the ideas presented. We also have a Patton family GB that’s going on now and ends this summer. Who knows, but it’s all good fun.

GTG, our Japanese tank GB was with Finemolds kits and one Tamiya kit. Since one of our members likes 1/72 scale builds, our current gb is anything 1/72 which I am using for the 1/72 diorama campaign here. After that it’s a ship. Something to expand our skills. A Patton build sounds like a good idea, lots to choose from.

Carlos, all looking good; I built this one a couple of years ago but I didn’t get the smoke dischargers quite right. I can’t quite remember what was wrong with them - it may even have been the limitations of the kit - but I would suggest you dig around for some references as it might be an easy fix. I recall I added some etch mesh to the engine covers, some etch chains to the mantlet plugs but that was about it; I populated it with a Commander figure just peering over his hatch, easily converted from a Bundeswehr one. In the end I decided to obscure the smoke discharger error by applying camouflage nets and foliage. The end result is below but not the clearest picture in the world: 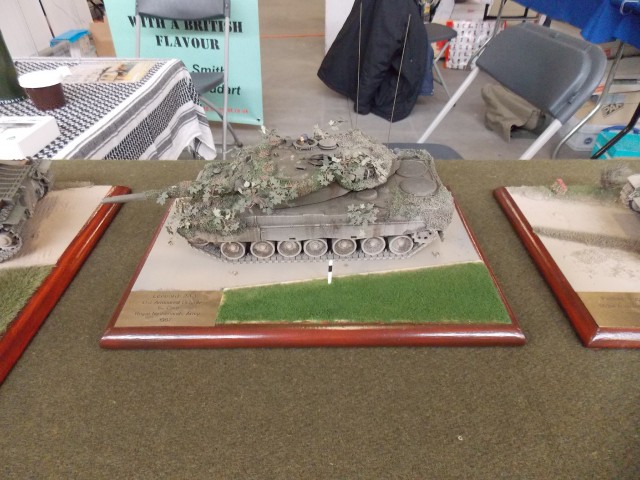 I’ll be interested to see how this one comes out; good luck, and as I say, looking good so far.

@Tank_1812, well, if we go with the Japanese theme for our next GB subject theme, I’d like to do a post WWII tank. I’ve already built the Tamiya Chi Ha family kits. And yes, the Patton’s are a great subject. Once I knock out the current M47, I’m heading for a M48 next. Hopefully I’ll finish that with enough time to get in a M60 as well.

@BootsDMS, thanks for the heads up. I’ll certainly pay attention on those smoke grenade launchers. We only have two four hour build sessions left, and by the end of the next one I intend to have construction completed and the primer on. I think that is a realistic goal for the next four hours in February.

Session 2 finished up a little while ago, and it was mostly smooth sailing. There were no major surprises along the way, and even my planned modifications and additions went without trouble. At 3 hours in to the session I had all construction completed. The gray parts are Hobbyboss, from a sprue that I bought online to provide missing detail items 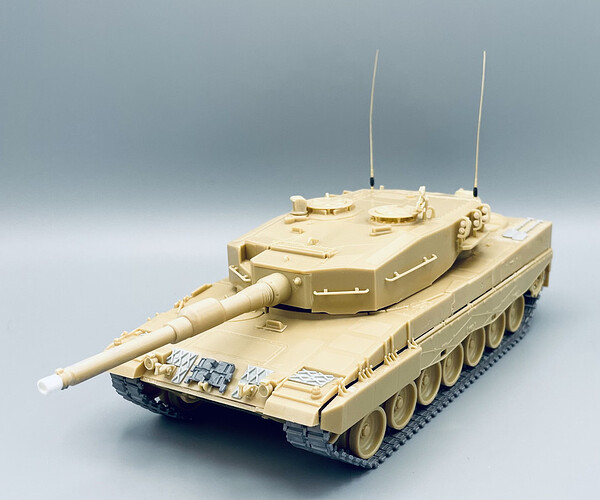 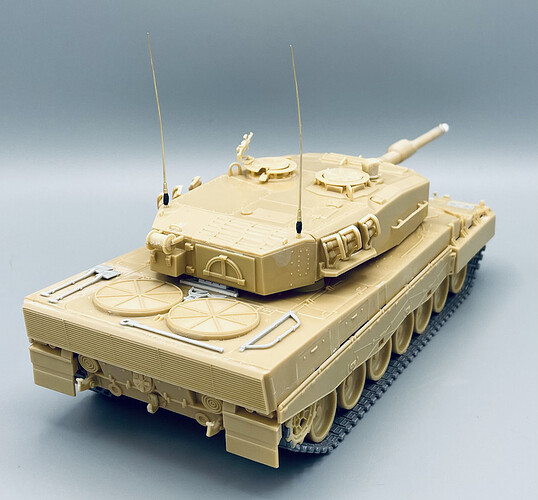 And 45 minutes later I had a nice coat of Mig One Shot Black Primer on… and my airbrush cleaned! 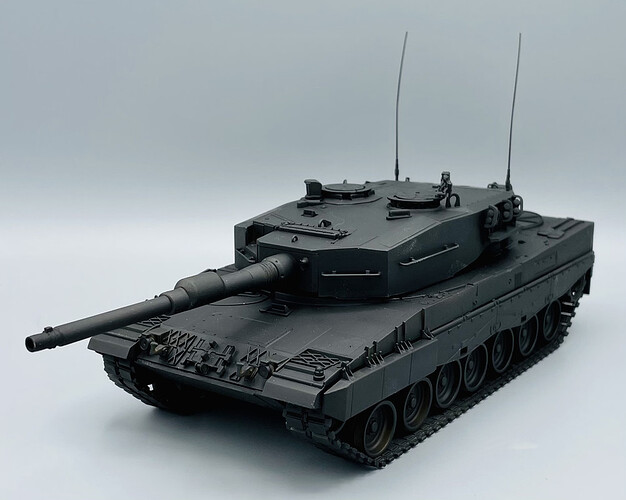 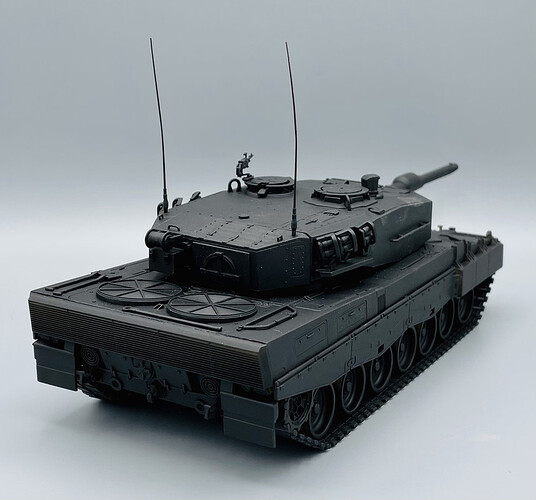 I have four hours left in the next session to paint, decal, and weather. I just might pull this off!

Thanks Ezra, this is a fun challenge. 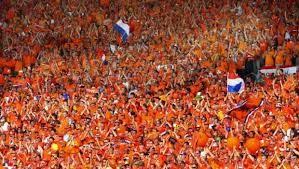 I built this in a bit under 12 hours, divided up into three four hour sessions for So.Cal.AMPS 12 Hour Build Challenge. It won’t win any contests, but it felt good to finish another build! 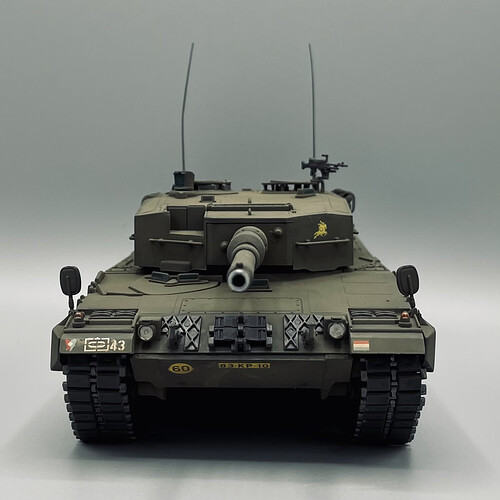 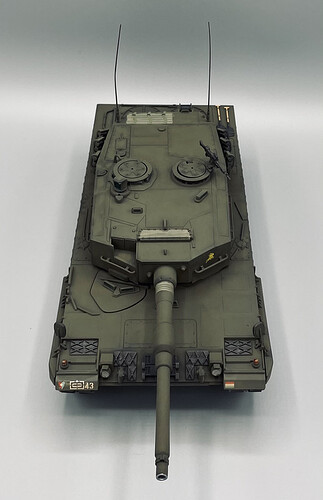 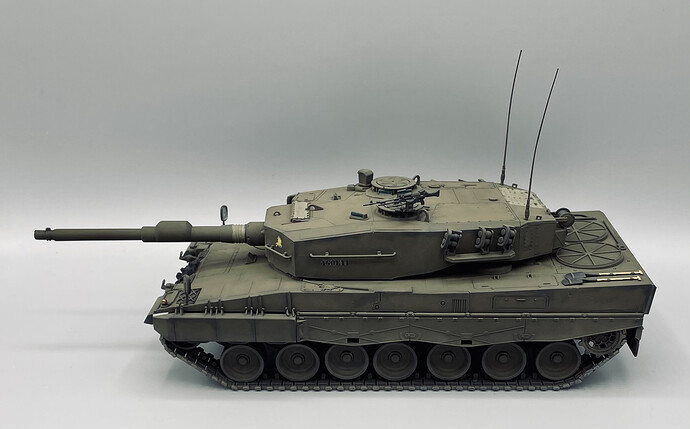 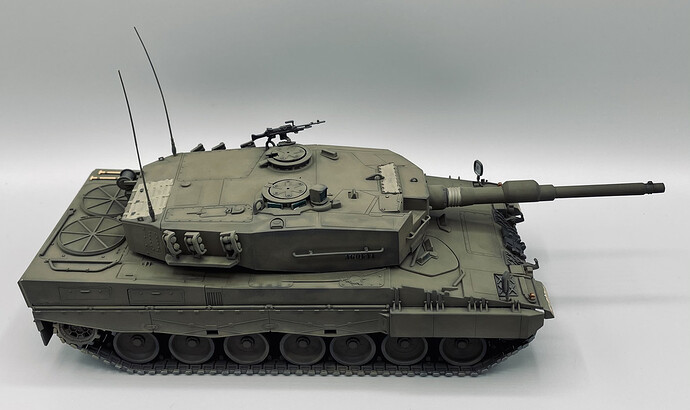 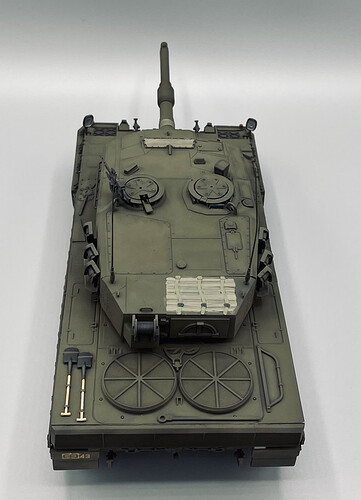 And all things considered, I’m pretty satisfied with how it turned out. This is my first time using AK Real Color paint thinned with Gunze Mr Leveling Thinner, and I really like how the paint airbrushed. Last time that I airbrushed I used Tamiya thinner, and it was a much grittier finish.

Looks really good!
The colors look spot on and I love the slightly faded finish.

Well done, Carlos! It always leaves a smile on my face when I see a Leo 2, no matter what nation

Ezra, this is my second build using these AK Real Colors, and using the Gunze thinner, all I can say is that I am sold on them! These will be my go to acrylics!

Torsten, I know what you mean. There is just something in the look of a Leo 2 that tank aficionados can truly appreciate. No matter whose colors it wears.

Turned out very nicely. Good job on the m

Thank you sir! This was a fun bit of work trying some new things out.

I think it looks great. I might suggest something similar for our club, we have been doing theme builds ever few months.

Thank you Ryan. When our club was doing in person meetings, we had done one yearly that was a four hour build challenge. Since were still stuck doing zoom meetings, the 12 hour build spread out over three months sounded fun.

Very nice indeed. Lovely tonal variation in the paintjob too.