Baroness Ilsa von Titzengrabben again (don’t ask me why, I just like the name!). This time in the Amazonian jungles, on a quest for “The Golden Skull”. Rumor has it there’s a curse on whomever discovers it that they die a horrible death! Who knows? 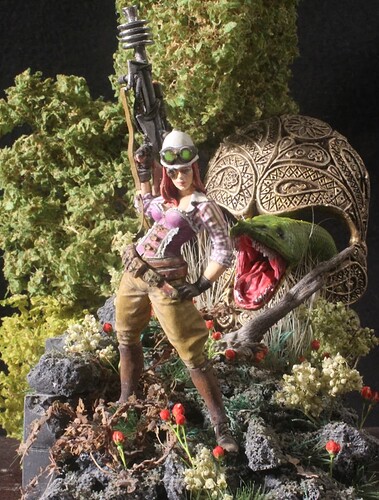 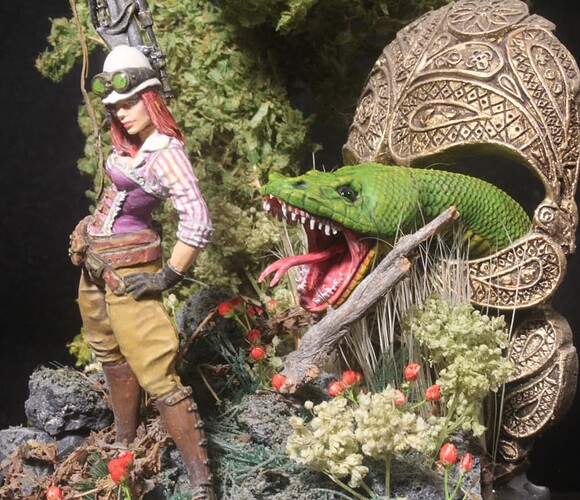 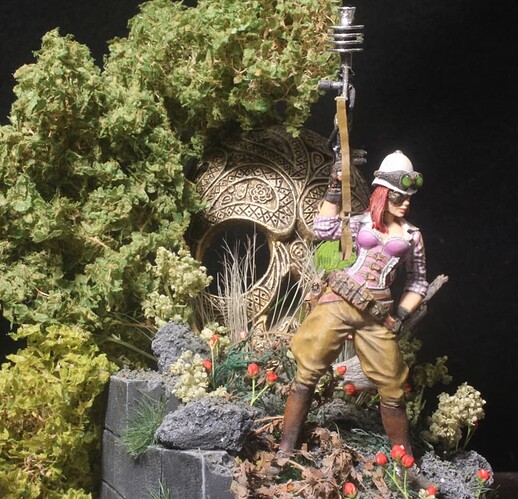 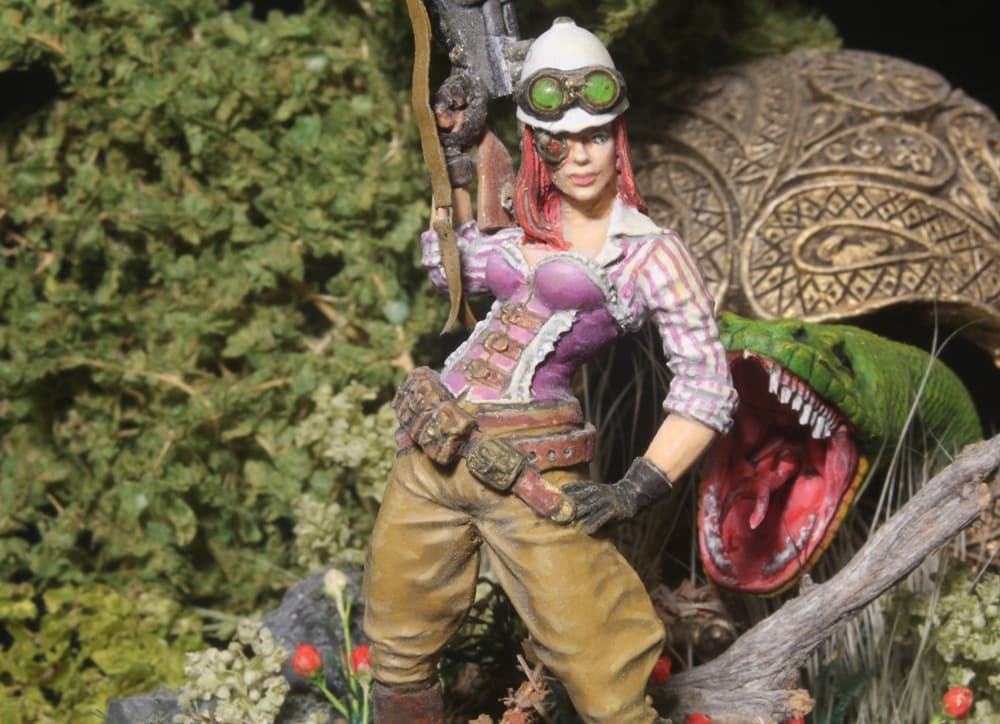 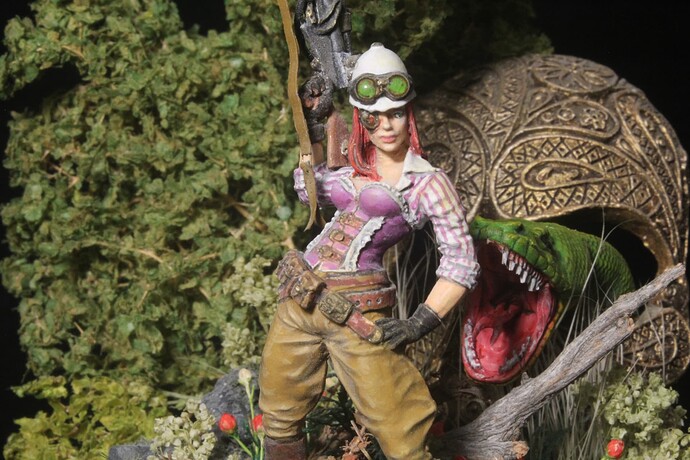 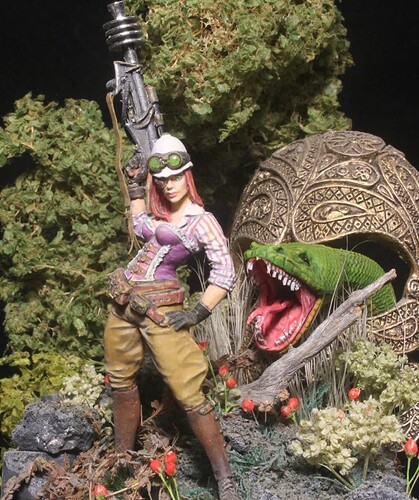 The figure is 54 mm, but I’ve had it so long I don’t remember what it is. Mr. Python (Monty?) is a D&D type figure, and the skull was originally an aquarium ornament.
Comments?

That’s pretty cool. Got a Steampunk-vibe going there. I think the Baroness is going to be in a world of hurt in about 2 seconds!

that’s amazing paint job you’ve done there on the Baroness…I have a German friend who would like to meet her…Hans Feelemgutt hee hee.

That’s a nicely done piece Biggles. I love the colors you’ve got in there from the pink clothes, the neon goggles and the various shades of green on the snake scales, not to mention the rather menacing looking mouth ready to bite!

Thanks! I have future plans for further adventures of Baroness Titzengrabben!

This was the first installment of the “Baroness Titzengrabben” saga: Once Upon A Time In The West
After having been arrested, tried, and sentenced to hanging (for murder) by an all male jury, she ordered her last supper consisting of a large chicken, with a side of eggs and chickpeas, and extra-extra salt, and a couple of cigars (and matches). Being the genius she is, she extracted sulphur from her meal, combined it with some salt, and used the matches to burn some of the wooden items in her cell for charcoal. That mixture makes gunpowder - crude, but effective! She blew out the window bars of her cell, and made a remarkable getaway! She returned to her ancestral home in Prussia, and with the family fortune decided to live a life of adventure. Further exploits will occasionally follow.