I have always wanted a dropship. Not sure I would have space for a 1/35. That would be massive! I’d settle for 1/72.
But at that scale with the APC and figures it would make for one heck of an impressive display piece!

Wonder what ever happened to Halcyon and the moulds? I remember the old model shop in my home town carrying them. I mostly remember the vinyl xenomorph kits. They would always get in the SF kits in time for Christmas. I picked up most of the AMT Trek ships from them back in the day (thanks to relatives gifts of money) and still have a lot of them unbuilt.

Always thought Dash Rendar’s Outrider from Shadows of the Empire would make a cool model. I always thought that Ertl made a huge error in not making this kit when they got the license. Prince Xizor’s fighter was an interesting looking thing, but you need the hero ship. 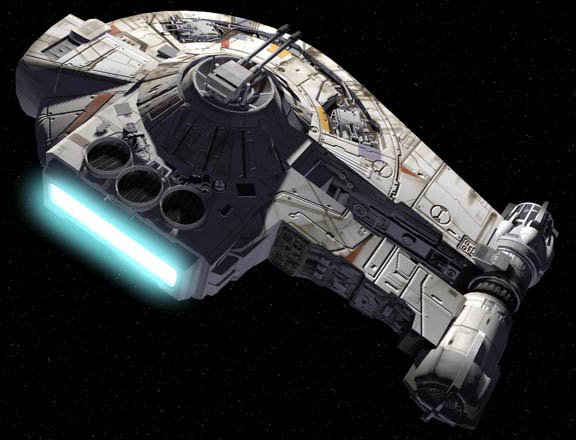 I never read Shadows but I did play the collectible card game and have the Shadows special set they made and have the Outrider, the Pulsar Skate, the Virago, and the Stinger. The Pulsar Skate is a big ship; it would be about 10 1/2 inches at 1/144. The Virago is interesting but looks the least Star Wars of any design I have seen so far.

Yeah it was a pretty strange design. I never bought one and have always regretted it. For a long while it could be picked up VERY cheaply. Kicking myself now. I have that it was a good kit.
I have got the book somewhere. Haven’t read it in years. I mostly remember it from the N64 game.

Sticking with the more unique ships, the Odyssey from Ulysses 31. Now that was a bloody brilliant cartoon! 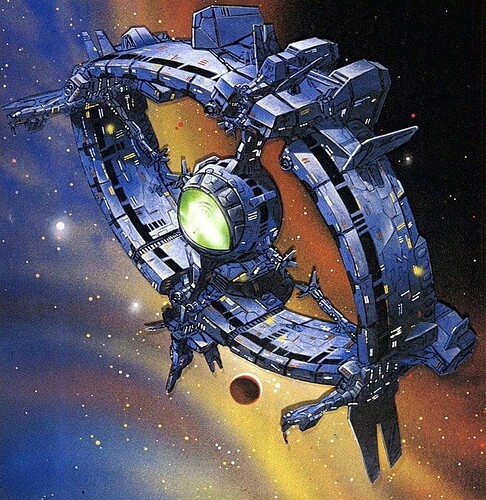 Just remembered this one:

I’ll let you guess the name; shouldn’t be too hard.

And a film on my Netflix watch list. Missed the cinema release but had it on preorder on VHS when it was released. Lied about my age in the shop and they never bothered to check

Not a perfect film by any means but still a must-see if you are into cosmic horror/neo-Lovecraftian stuff.

There are a LOT of spaceships in the MASS EFFECT universe besides the Normandy SR-1.

And there are the Normandy SR-2 and Tempest. 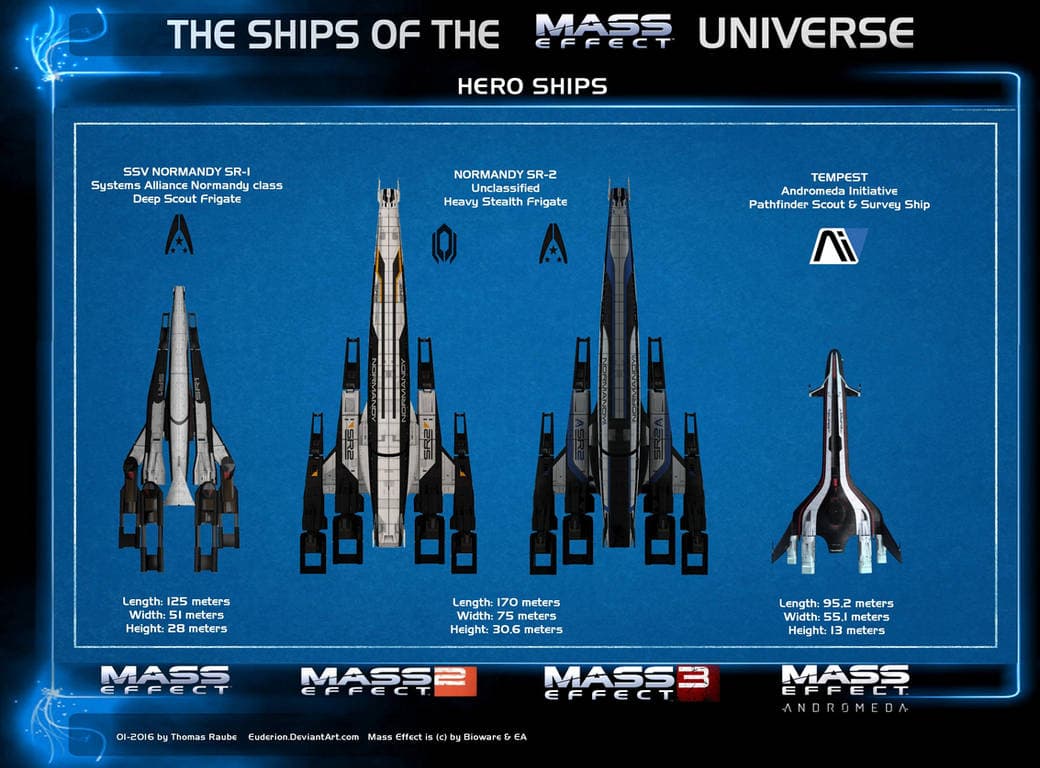 And other MASS EFFECT spaceships… 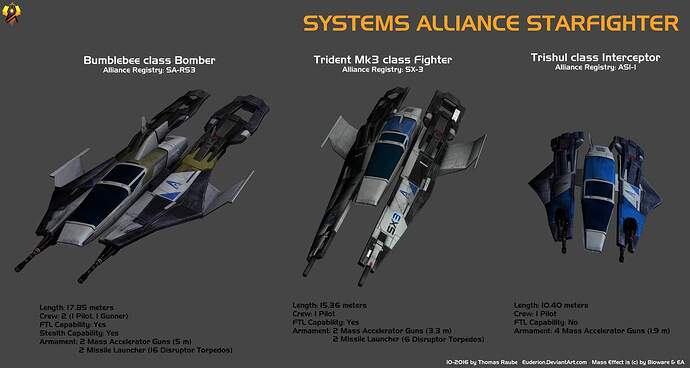 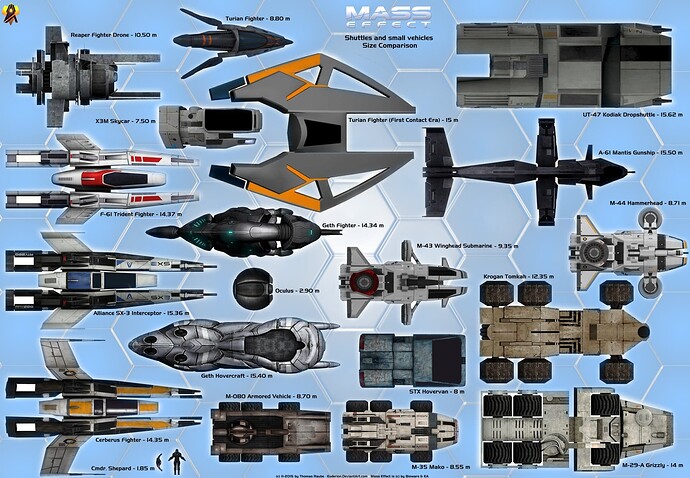 The same goes for the Star Trek and Star Wars’ universes…lots of spaceships there too.

I would like some MASS EFFECT ground vehicle APCs in plastic, but that’s beyond the scope of this thread.

What I liked about Mass Effect was the huge variety of the ships. I did like the insect like Geth and Reaper ships. They really did a good job on making them intimidating and completely alien. And the Collector Dreadnought. They really nailed that with the ancient and powerful hulk of the Prothean ship melded with organic components.

I have a feeling though that most of these (and quite a few already do) will only exist in the 3D printed world.

The Odyssey from Ulysses 31 is such a case.

Oh definitely! But we can but dream, this is merely just a fantasy kits thread. Interesting to see what everyone has suggested. Lots of surprises and a few new ones.

Although I wouldn’t rule out Bandai doing the Odyssey one day. They’re not afraid to do kits from obscure Japanese cartoons.

I really like the MASS EFFECT Nomad. It exists as a 3D printable file…maybe one day I’ll bite… 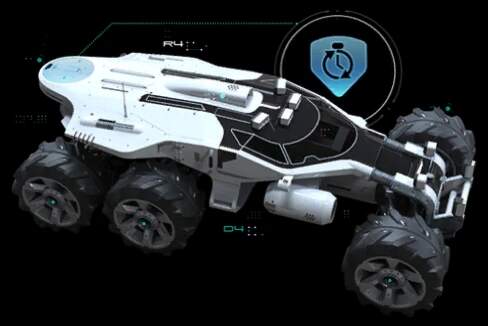 I need to pick up Andromeda again, I started but never got far into it.

I’m a huge fan of Macross/Robotech, so all the Valkyrie fighters and variants are dead cool in my opinion. This would onclude the wierdly wonderful e-lint version and the uber super strike version. The SDF-1 is immense and equally impressive. 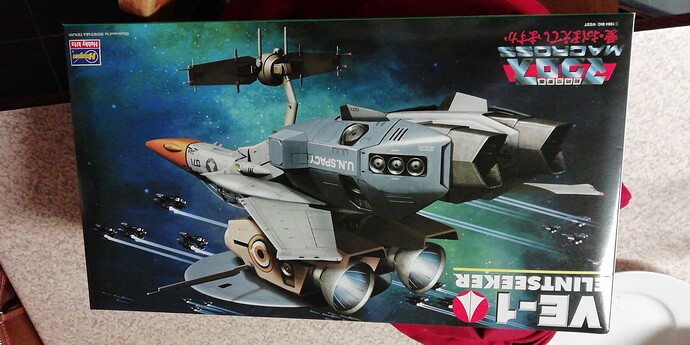 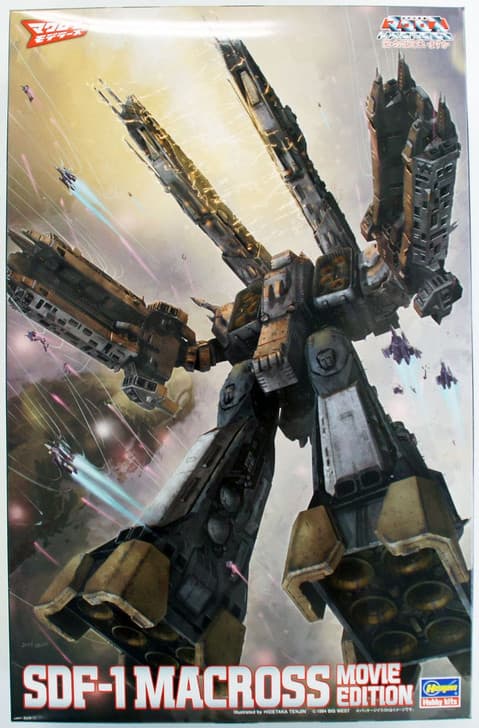 I quite like the Japanese take on Sci-Fi, just look at Space Battleship Yamato.
https://images.app.goo.gl/2ERz7F8HTXfJwFUR9

Space 1999 was also a childhood favourite.

Space 1999 was also a childhood favourite.

Imagine being able to make a light’n’sound diorama of the episode “Dragon’s Domain”.

Any love for Nell from Battle Beyond the Stars (and numerous other films during the 80’s)? 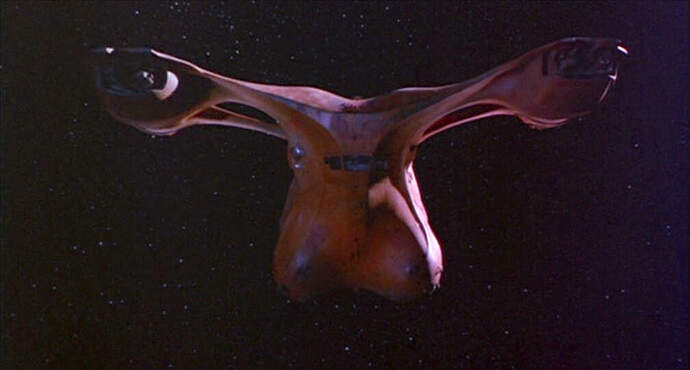 Would certainly make for an interesting addition to a collection in regards to it’s shape. I haven’t seen the film for a long time, but I remember it wasn’t the only thing sporting a cleavage!

Another favourite, the Gunstar from The Last Starfighter. 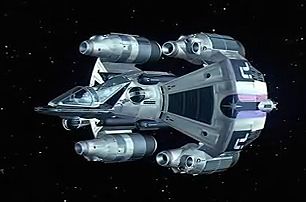 but I remember it wasn’t the only thing sporting a cleavage!

Would it be Sybil Danning you are remembering?

I can’t remember the name of the actress but it probably is. The female pilot who wore very little.
You can see why I liked that film in my youth!

I’d really like a nice, new Starbug. about 30cm long would awesome.

Oh. and nice, up to date modern tooling for thunderbird 2. With a ramp. and bendy palm trees.

It was Sybil Danning, 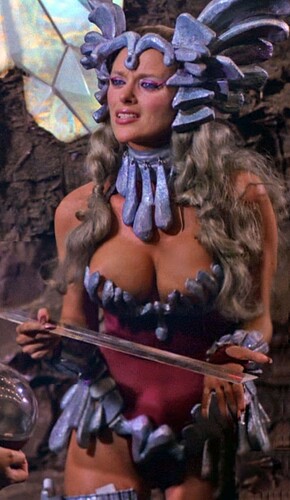 A great pair of inertial dampeners,