This campaign is now active here:

Welcome to the campaign honoring our friend, Steffen Arndt, a frequent and much appreciated contributor to AeroScale who, sadly, passed away recently. Steffen was an aficionado of The One True Scale, 1/48. Merlin (Rowan) is leading this campaign which is open to any model of any subject between the scales of 1/40 and 1/50. Let’s have a good showing to remember Steffen! Michael

Many of you will have seen the sad news that veteran Aeroscale and Kitmaker member Steffen Arndt died suddenly earlier this month: 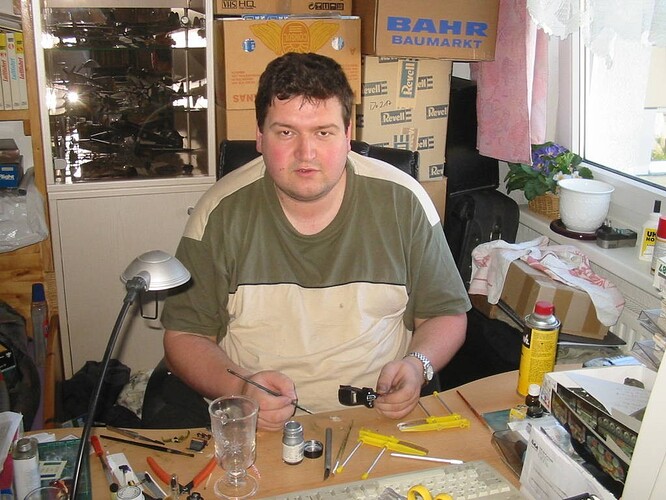 I'm deeply saddened to have to pass on the news that Steffen Arndt has died suddenly following a short illness.

I’m planning a campaign / group build in Steffen’s honour to encompass all types of modelling (Steffen didn’t only build aircraft), centred around his beloved “One True Scale” - 1:48.

I realise that not everyone will be able to find a 1:48 model to build in every genre (for instance, car modellers may struggle) so, while keeping to the spirit of the build and respecting Steffen’s preference, I propose allowing anything from 1:40 to 1:50.

In terms of a timescale, I’d like to get things moving soon, so I suggest a “rolling start” in February, running through to the end of 2021 - which would coincide with the anniversary of Steffen being taken ill. That should allow plenty of time for everyone interested to find a model and join in, while the “rolling start” will mean that anyone who already has a build underway can enter it if they’d like to dedicate it to Steffen. That would be a really nice way to get some momentum straight away (it’s unlikely that my own choice for what to build will arrive in time for the beginning of February). And, if you’re a “buildaholic” and want to enter more than one model - go for it! I’m sure Steffen would be delighted!

Above all, I just want this build to be fun, despite the tragic circumstances! A real celebration of modelling of all types as a way of paying our collective respects to someone who contributed so much to modelling here on Kitmaker and IPMS Deutschland and the wider modelling scene.

Hi Rowan,
as I have already mentioned in Joel’s post a few days ago, it’s no question for me to take part in this memorial campaign, as I knew Steffen personally from his time in Southwest Germany. I have a pair of “Royal Hellcats” from Eduard in my production plan for this year anyway (1/48) and I would take them into this campaign. So yes, I’m in for sure.
There are a few quarterscale cars in the program Tamiya has to offer which can also be build as civilian cars, like the Citroen Traction 11CV. And I’m sure there are a few others from other companies. But I guess our ship builder friends would have some problems. How about a 1/48 aircraft carrier …

It’s wonderful to have you aboard! Let’s do Steffen proud!

It would be amazing, but I’m determined to finish a build on this occasion.

I’m in as well.
Ordered one of these for this memorial. 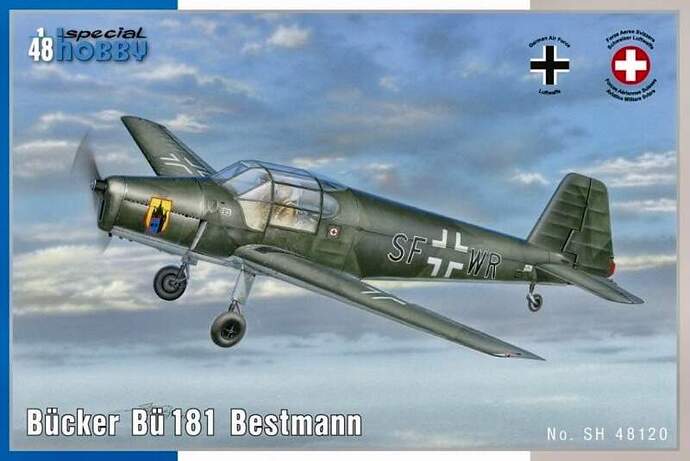 For years 1/48 was my scale of choice, and I have quite a stash. While I’ve branched out into 1/32 mostly for WWII, I still have quite a stash of 48 scale jets and so forth. I think you can safely count me in on this one. I didn’t know Steffan personally, but I’ve had conversations with him online over the years and admired his work. He will be missed.

This begs for a Messerchmitt BF-109, in the one true scale, of course.

And considering the situation at Eduard … it must be an eduard as well.

His Luftwaffe builds were a treasure trove of information for me

I’m sorry I didn’t have a chance to enjoy his posts. I think I’m too new around here to have seen much from him. Nonetheless I’d like to honor his memory as a modeller and as a contributor to discussions here.

Itr would be about 7 meters long as well

It’s great to see you all aboard! Your choices sound perfect!

My contribution could well be an Eduard Bf 109G, but I’m waiting to see if another kit arrives - and if it does, it’s a subject I’ve wanted to tackle for years! I won’t tempt Fate by naming it…

Sad news indeed, he did some amazing builds over on the old site.

I’ll join the build. Will have to check what I have in 1/48. Not a scale I often work with but do have a few.

Rowan,
Not sure how to sign up for a proposed Campaign, but I’m officially in.

I’m going to build a Porsche 911 GT1 car and dedicate it to Steffen, as Porsche is about as German as one can get.

Sounds like a great idea. I will join with a shelf queen, possibly a Tamiya Bf 109E7 Trop. I’m sorry to hear about Steffen. His builds will be missed.
Take care and stay safe friends,
Don

It’s wonderful to have you aboard - a car and a shelf queen sound like perfect additions to the mix!

Speaking with Michael, I don’t know if there’s anything quite like an “official sign-up” for campaigns and builds yet with the new system, so I’ll just open a thread in Mixed Group Builds - KitMaker Network that should show up equally for everyone across Kitmaker.

That’s correct, Rowan. And thanks for taking the lead on this one!

In honour of Steffens many WW2 builds I’ll enter with AMT’s A-20J. 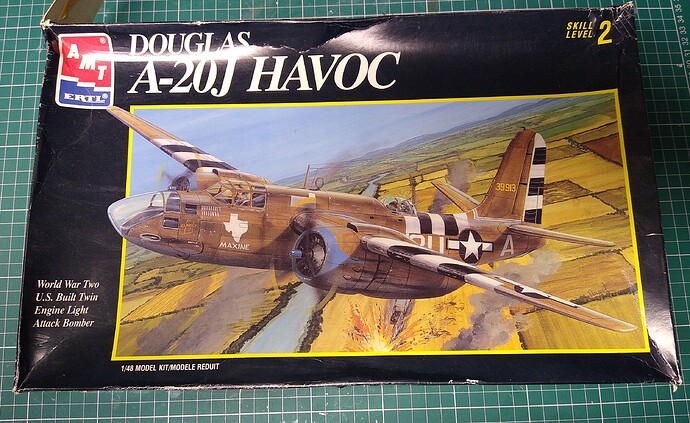 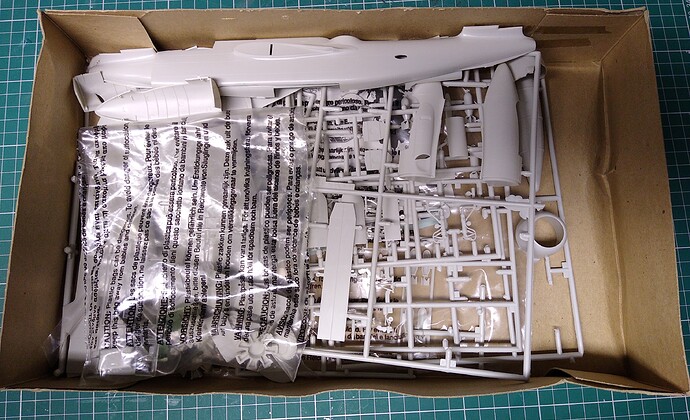 That’s a classic! I remember its release way back in the days when I produced Blueprint resin parts!

Thanks Rowan.
It’s a nice kit. I’ve had it for years, got it for Christmas from my grandparents. Always felt bad about not building it, but at the time my skills were a bit limited and I never believed I could do it justice. The invasion stripes and blue trim around the cowlings would have been a disaster back then!
Should be a fun build.

I think we certainly have enough here and will start an official thread in the Campaigns-Active forum at around 1200 German time February 1st, in honor of Steffen. Rowan, how about calling it the Steffan Arndt Memorial One True Scale Campaign?