Stryker M-SHORAD on training in Germany. 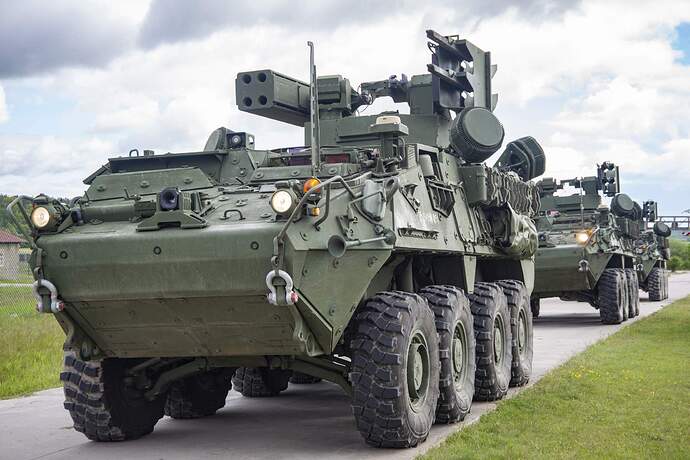 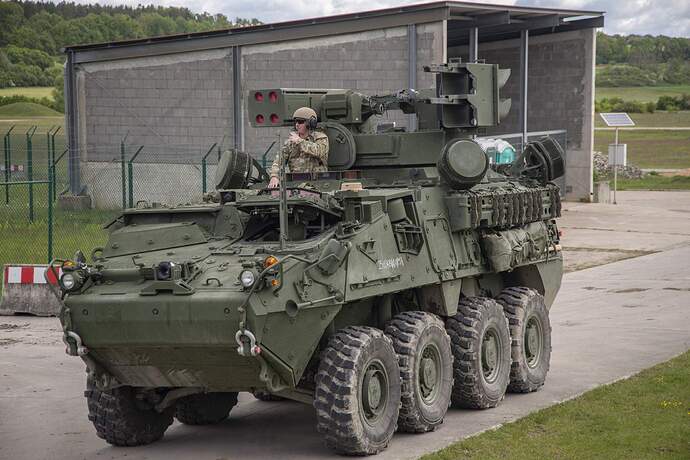 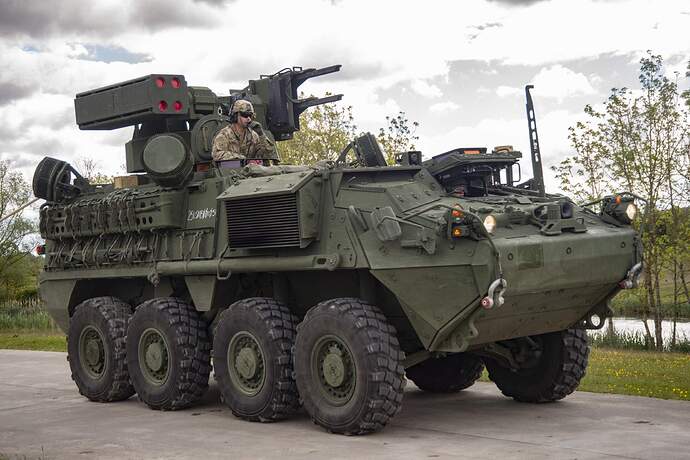 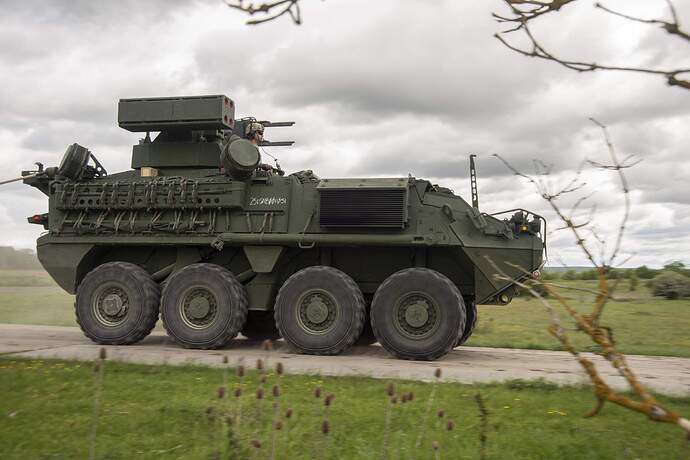 What weapon is mounted on the side opposite of the stingers?

What weapon is mounted on the side opposite of the stingers?

Pretty sure they are Hellfire missiles.
I bet @HeavyArty knows for sure. 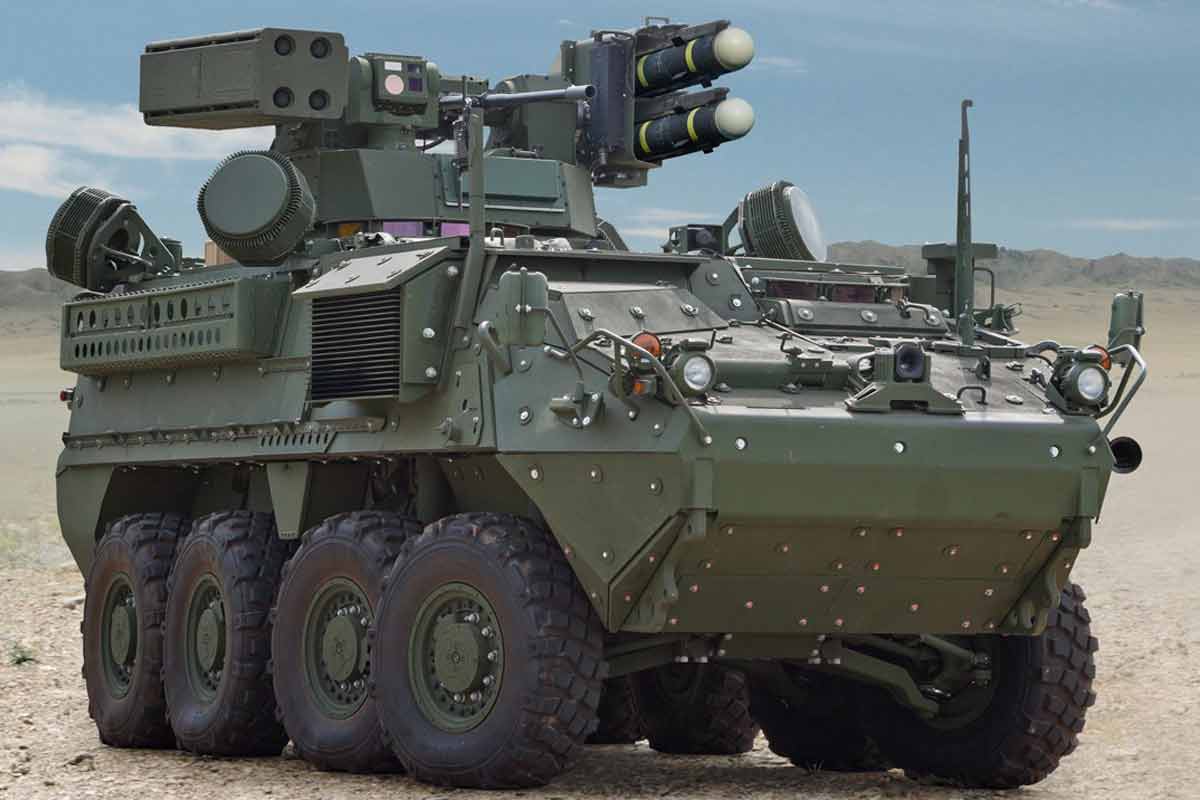 Would the Hellfires be there primarily as an anti armour weapon or part of the AD system? I know the Israelis have used them air to air on at least two occasions and they would be fast enough to hit helicopters at least.

I can be wrong, but I think the Hellfire is for anti-UAV. I learned that Hellfire is a multi-role missle, no longer restricted to anti-armor role.

Wow . That is a impressive vehicle .

I need that on my shelf

Shouldn`t be to difficult.

Oh I didn’t know about that conversion, thanks!

Hi Goalkeeper, not to raise hopes, I talked about a conversion for the bow of the Double-V hull Stryker. Building a M-SHORAD will take some more efforts and research at first.

This the Double-V hull conversion on Shapeways.
https://www.shapeways.com/product/7ACZBZXNJ/stryker-double-v-hull-dvh-a1-conversion-set?optionId=207474873&li=shops

Now I get it, have some other conversions on my workbench right now, I think I better wait for Trumpeter or AFV to make it

Before this will happen, someone has to go and get pics of the real one.

Is this version being mass produced? Or are they just trialing it?

The vehicles are serial product and the first unit has been based at Katterbach, Germany, about 130 km from my home.

I really hope to see these on a show here someday.

What are those cake-shaped devices on the corners of the turret?