Super Frelon - Something I built YEARS AGO

Many years ago, I found myself starring at Hellers 1/35th Scale Super Freilon. Man was it a beast, back in the stone age she was one of the biggest kits out there. Sadly, she got a bad reputation because Heller kits could be hit or miss, For me when I opened that big box I was hooked. Well many years later she has be ravaged by time and the worlds fattest cat.
But here is a couple of shots of her in her glory 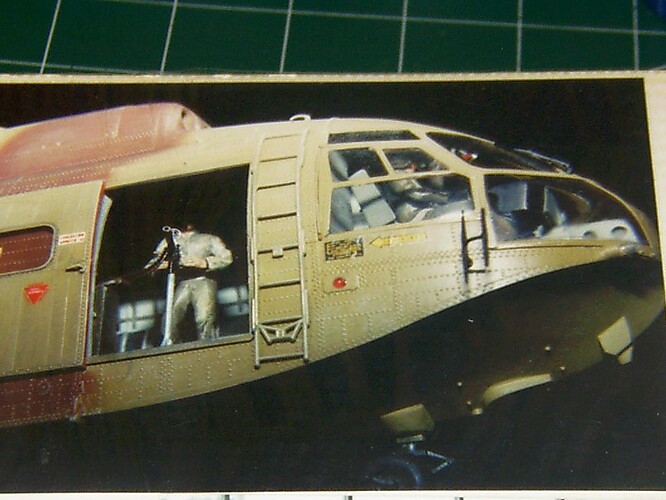 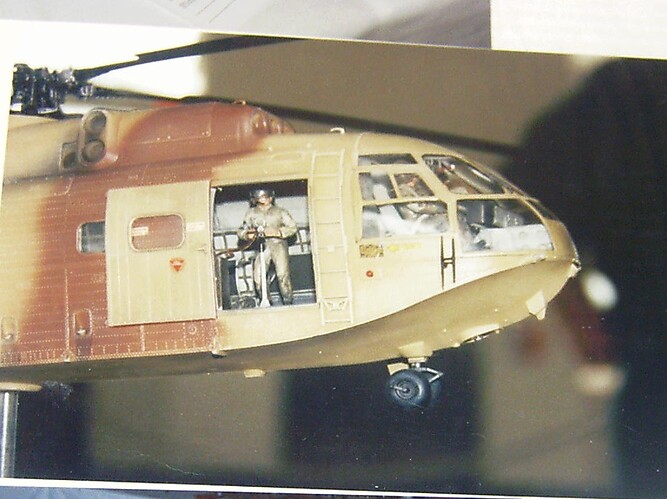 Wow! That is so timely in that I recently acquired one. Any other pics or advice, details, overall impressions? All gratefully received - though I’m not remotely sure how I’m going to depict mine - apart from the same finish as yours.

So, first thank you for the kind post.
As for the big bird, you will find that other than the two-fuselage half’s, everything goes together pretty well. She’s not Tamiya, or even close to say any of the “newer” brands… she’s Heller. By that I mean, there is some awesome details for a kit originally produced in the mid 1980’s. BUT there are some major gaps. The crew, the rear interior all needed upgrades. I used a lot of little extras for the cabin and cockpit controls.
I should probably point out, that mine is depicted as part of the French assault on Kolwezi, (Zaire). which really means, that I ditched the flotation landing gear and replace the whole thing with struts and some armor plating. I improvised the gun points in the doors, just because I love door gunners… The best references for the Super Freilon are from the Chirr Haval, Israeli Air Force. They use the big birds well into the 1990’s. Other than being time consuming and a massive build, you’ll like it.
If you have any questions, feel free to reach out

oh yeah, in the movie “the Beast” set in Afghanistan circa 1980’s there are some awesome close-up shots of one, she’s actually an Israeli Bird,

Thanks Whitney; 'not sure I’ll be tackling this one anytime soon but I couldn’t pass up the offer of getting one - I find 1:35 helicopters proving a useful adjunct to AFVs and the like. I’m not hugely experienced in building aircraft so will probably try and cut my rotary wing teeth on something a bit smaller first.

I remember the Kolwezi operation - and pretty impressive it was too.

Looks good. I built one of these a long time ago as well. It went together pretty well and was nicely detailed. Too bad it didn’t survive multiple military moves.

Boots, my door is always open. Like Arty said, they do go together pretty easy. I was a dyed in the wool Armour guy myself, and when I saw it I knew this was how I would enter the “flying thingies” world. The only real issue you need to address prior to the build is… Where are you gonna put it. Take from me and Harty, the Freilon doesn’t like moves. LOL LOL LOL

Thanks for that; having tinkered with it a bit (I can never resist doing that) I realise it is a bit of a monster. I’ve always been a fan of Heller’s AFVs - they were some of the first to include transparent periscopes and the like; whilst their plastic was very brittle, the tracks generally unusable, I found that with a bit of TLC one could get something fairly decent from them - all made a lot easier as separate tracklinks etc came on the market.

I’m quite taken with the box-art on mine showing several troops emplaning amidst a rocky desert landscape. Sadly, the soldier figures are absent from my kit, so I’ll have to keep a look out for Heller’s GMC truck as the same figures are contained within. I might just have a go at replicating the picture - set where? Something like Djibouti? I don’t know - the downside of this great hobby is that it inspires far too much! But first, I need to tackle something smaller – possibly the Revell Bell H-13H – also in my stash. We’ll see.

Boots,
Like I say, she goes together really nice. I too have been a fan of Heller Armor Kits. Thier figures are not worth perusing though, unless you truly want to do the Legion or one of the “demi” brigades.
Looking back, I would now, have lit the interior and maybe even done a partial cut-a-way. The rear is really nice and lends itself to “gizmology” as the great Shep Paine would say.
I can’t promise I will find it soon, BUT some where I do have small book on the Israeli Freilons, I can send it to you. It’s no biggie, I bought it at a used bookstore specifically for that build.
Thinking as i was typing, what would REALLY cool, would be a Air Sea rescue water pick up. That is what the French use her for primarily.
Start looking around for Verlinden’s Top gun pilot figure. That’s what I use for the heads of the aircrew. What’s nice about that figure is, it has two heads per figure, visor up and visor down… great pick up for under 12 bucks on EBAY

Thanks Whitney - for all the help; I’ll keep an eye out for the Verlindin figures, and thanks too for the offer of the book.

I found some really old, crappy photos of mine. You can kinda see the details. It had the options and all the parts to fold the blades and tail as well. 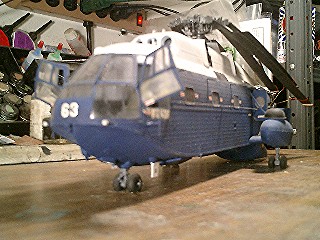 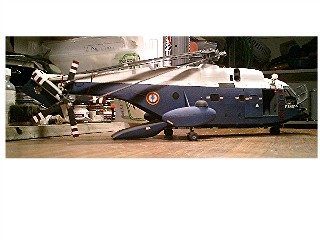 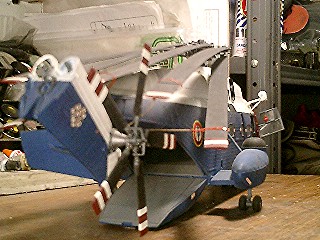 Nice work Gino - that looks a really neatly finished model; clearly, with yours and Whitney’s efforts, I’ve got a hard act to follow - when, when, I get around to it(!)

Nice work on that French Marine Freilon, with the ramp down,
GREAT WORK

Arty, I am jealous… yours looks better than mine. Killer paint job

Thank you. I wish I had better pics of it. Maybe I’ll do another… someday.

Brilliant builds. I think Heller’s Super Frelon and the Matchbox Puma were among the first of the big scale helicopters to hit the shelves.
Unlike the Puma, I’ve not been able to add one of these to my collection yet. I wouldn’t say no if I ever found one for a reasonable price.

The last time Revell issued the Puma it wasn’t that expensive. I think it was retailing about £30? I picked mine up second hand for a lot less. Helped that it had German Border Patrol decals, so the appeal here in the UK was quite limited. I’ve since sourced a set of RAF markings.

Has to be said they’re 1/32 Lynx are VERY affordable compared to some of the competitors at that scale. I think the Airfix 1/48 was more!

It’s quite fun to see older models and we were all building in the past and how our building and finishing techniques have changed.