Is there any proof or truth of T-34’s being driven off factory assembly lines and into battle at either Leningrad, or Stalingrad? So much misinformation and agenda’s on the www!

Don’t know you will find an answer here either.

How much wear and chipping is appropriate Painting & Weathering

The Stalingrad Tractor Factory was still producing T-34s on October 16, 1942 when troops from 24. Panzerdivision and 389. Infanteriedivision were finally able to capture the factory, which had continued producing tanks since the Germans reached Stalingrad on 8/23/42, despite an assault on the district by the XIV Panzer Korps on 10/4, and more than 900 individual sorties by Luftwaffe aircraft on 10/14 and 10/15. When Soviet forces recaptured the factory, several tanks were assembled from the spar…

There was discussion on it, seems Danny says no and others think yes for at least Stalingrad.

“…During the period from August 23 to September 13, 1942 (until the end of the production of tanks at the STZ [Stalingrad Tractor Plant]), 200 T-34 tanks were assembled and repaired.
In addition, 170 turrets of the T-34 tank with guns were handed over to the troops defending the city to equip firing points…” 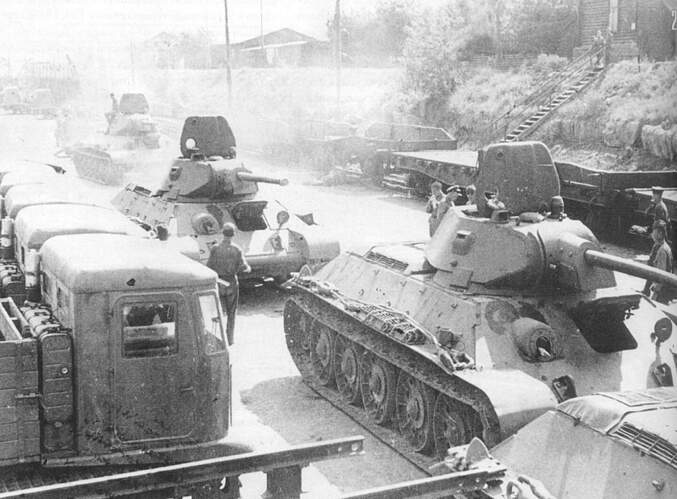 No T-34s were built in Leningrad so you can rule that out immediately.

STZ (Stalingrad) was building about 300 tanks a month throughout 1942 until it became evident that there’d be fighting close to, or in, Stalingrad. Traditionally we date the fighting in the city area proper from about Aug 20 1942. So in August they started ramping down production dramatically and making plans to close. During September I believe they built something like 16 new tanks and repaired 90 or so. I am sorry, I’m working without notes here so I may be a little off on my numbers. The Germans reached the actual factory in mid-October, by which time they’d stopped production and repair. STZ never reopened as a manufacturing facility during WW2.

So, stories of tanks being driven out of the factory straight into combat, brand-new and unpainted, are almost certainly fabrications. Certainly no evidence has ever surfaced. The factory records show they had closed before the Germans got there. So the best conclusion one can draw from the available evidence is that it never happened.

Of course, if the evidence changes, then our conclusions should change also, but I’ve seen nothing to indicate that we should change our minds. One original color photo of an unpainted STZ tank would be enough to blow away my theory, but, it’s never been produced.

Traditionally we date the fighting in the city area proper from about Aug 20 1942. So in August they started ramping down production dramatically and making plans to close. During September I believe they built something like 16 new tanks and repaired 90 or so.

So by your account from the last third of August til the end of production in September, somewhere between 100 and 200 tanks (new and repaired) rolled out of the plant and presumably into combat in Stalingrad. Lets face it, it would be really dumb to ship them somewhere else when the fighting was right there, so I think it’s safe to assume they were used in combat in Stalingrad. So the only question now is how complete they were, i.e., paint, tools, etc. It is possible some incomplete, unpainted or partially painted tanks may have been produced. But the only way to know for certain is if a photo or other documentation is discovered.

At the Kirov Plant (Leningrad), T-34 tanks could only be repaired 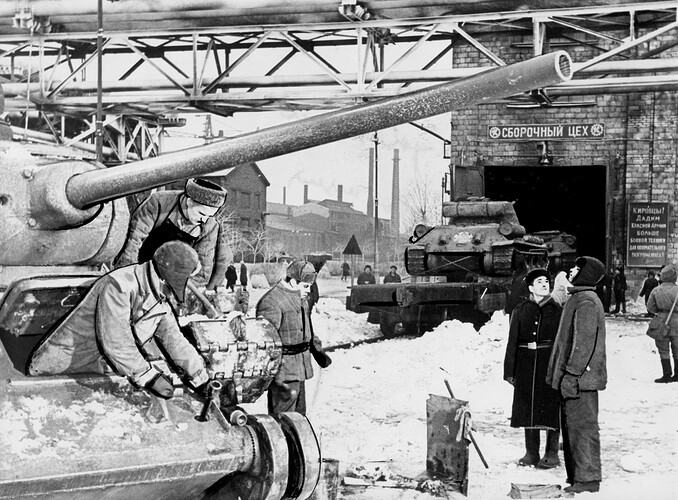 Inscriptions: “Assembly shop”, “Kirovtsy! Let’s give the Red Army more military equipment for the final defeat of the enemy!”

For what’s it’s worth, a British historian, Sir Antony James Beevor, in his book, “Stalingrad”, states that when the tank factory was re-gained (not when the city was!) some T-34’s were built from spare parts (and some being basically incomplete) and rolled off the assembly line and into combat.

You were wise to begin with the phrase “for what it’s worth…” because Beevor is a terrible researcher.

I don’t know how you get to either of those conclusions.

I set the stage by saying STZ was building hundreds of tanks per month in 1942. So building 16 in September is a strong indicator that they were shutting down. I did not say “somewhere between 100 and 200”. Less than a hundred were repaired.

“Presumably” they rolled straight into combat in Stalingrad? How do you arrive at that conclusion? Maybe they were needed elsewhere. Maybe the red army didn’t want to issue them to units in Stalingrad. Maybe you’re right and they were used locally. But the point is, we do not know right now. Maybe someone who has found the records can tell us where those tanks went, but it is not reasonable to conclude anything at all really.

So is it possible some tanks were issued unpainted? Sure. It’s possible I’ll travel to mars tomorrow too. But we don’t know, and in the absence of any evidence at all, we shouldn’t conclude that either of these things is true or even likely.

Well the very last thing l said was: but the only way to know for certain is if a photo or other documentation is discovered. The rest is admittedly conjecture, but logical conjecture.
First the numbers, you stated that production ramped down, not ended, in August and that 16 new and 90 repaired tanks were produced in September. That makes 106 plus however many from August produced during the battle. 106+ is a number between 100 and 200. That is enough to equip at least 2 battalions.
Since those tanks would be coming out of the factory in the middle of a major battle that both Hitler and Stalin wanted won at all costs it would be kinda stupid to send them somewhere else.
Finally, as to making conclusions, yes I am. Then again so are you!
Ken

Seeing as how the battle for Stalingrad was still going on, and just the factory area had been retaken, and, according to Beevor (for better, or worse!), the tanks were very basic, incomplete, and unpainted - strictly an emergency production - it would have been very impractical, or even impossible, to ship them elsewhere, especially when they would have been needed more in the immediate vicinity.

Again the key words are “…according to Beevor…”. Beevor is a talented writer but not a talented researcher. He repeats all sorts of myths. I am relying on the factory manager’s records.

We can all make all kinds of assumptions here but, the bottom line is that no one has ever produced the slightest evidence that unpainted tanks were driven straight from the factory into combat.

It’s in the English language.
Below are quotes from two publications.
The first is a huge academic work of scientists and historians.
The second one is from a book dedicated to the T-34, a well-known historian enthusiast. 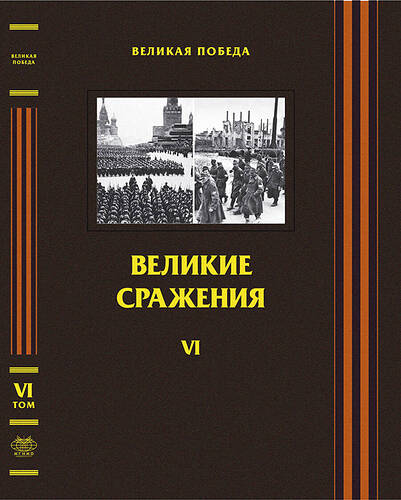 "The most dramatic moment of the battle for Stalingrad was the breakthrough of the German 14th Corps on the northern approaches to the city on August 23, 1942. A major role in deterring the enemy at that moment was played by the 2nd and 4th tank corps arriving from the front near Voronezh. However, tanks continued to leave the workshops of the STZ, and the 99th Tank Brigade, which had 50 T-34s, was subordinated to the 2nd Tank Corps. The history of the appearance of this fifty cars is very dramatic. When the Germans were rushing to the city, V. Malyshev, who was at the factory, and the director of the STZ, K. Zadorozhny was instructed by the chief engineer of the plant, Demyanov, to prepare all the tanks available in the workshops that could move and fire. They were manned by crews made up mainly of factory workers. When foreign researchers, in particular P. Carell, talk about unpainted “thirty-fours” directly from the factory, we are most likely talking about the 99th brigade. Working detachments were created, for which 1,500 DT tank machine guns were used from factory warehouses. 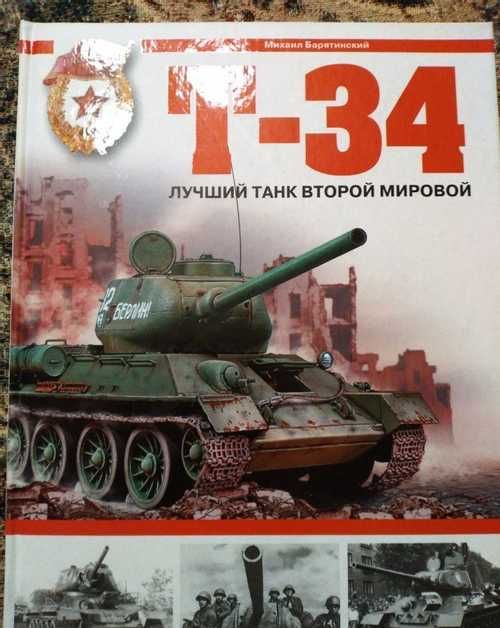 "…On Sunday, August 23, 1942, the day of the most terrible bombing of Stalingrad, the tanks of the 14th German Corps appeared about one o’clock in the afternoon two or three kilometers from the Stalingrad Tractor Plant…

… fighter and training tank battalions came out to meet the Germans. From the factory workshops of the STZ, all tanks capable of moving and having weapons - about 60 vehicles in total - were brought to the combat line. Their crews were manned by workers of the “assembly” and “delivery” workshops.

Good book!
It is what I believe as well. The combat ready and functional are 2 different states. The factory might be closed, but it doesn’t necessary mean there were no functional vehicles.

This is no different than how the Maus v2 got into combat, it was never a combat ready vehicle, it was still in the German factory, but it was used to fight back to some capacity.

The Maus (myth??) is even more controversial. Most accounts claim it promptly broke down after, or during, leaving the training area, and didn’t fire any rounds. It was abandoned by crew and self-destructed.

Yeah…I changed it the same time that Armorama changed their format, and besides, someone else was using the same stock avatar. So I used a pic of one of my models - Flyhawk’s M1A2 (back-dated to an M1). 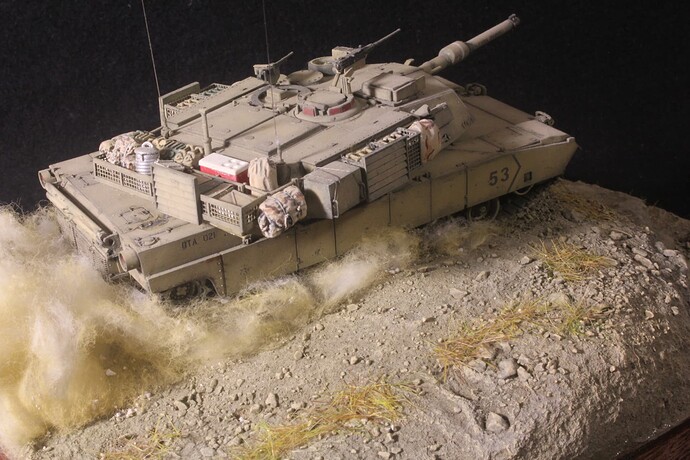