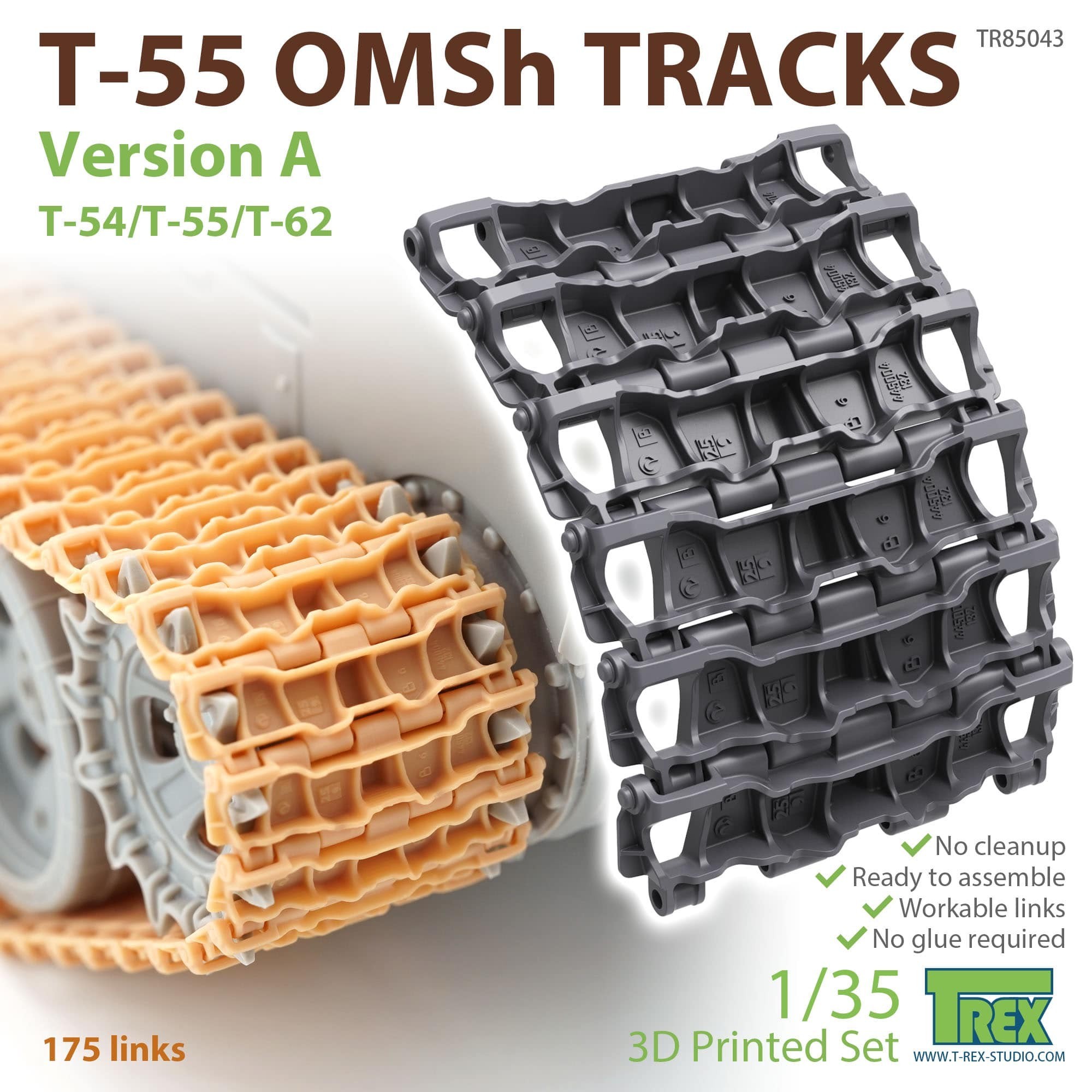 This is partial text from the full article (usually with photos) at https://armorama.com/news/t-rex-tracks-for-soviet-tanks
metalhead85 December 7, 2021, 12:34pm #2

Look excellent but wondering about the price …

Considering the price of their similar tracks, probably around $35

That would be excellent as far as I’m concerned for a very detailed track. But will they fit all the kits out there?

I’m a little concerned about the number of tracks in a set. I’m working on a T-54 right now (mini-art) that calls for 90 links per track. This set would leave me about 5 short I think? Any way to contact them before they ship?

I dropped them an email. I just feared (wrongly) that there would be no response. Dino responded that that is a mistake - there are 195 links per set.

Sprue brothers has some of the German ones but not the Russian ones I’m looking for. Their shipping has got to be better since they’re in the US. Maybe they’ll get the Russian stuff in soon. My go to site BNA doesn’t have them, Haven’t checked any other sites yet.

I don’t think they’ve arrived with retailers yet. Looks like HLJ is a stockist also, but don’t have the new ones yet (don’t even have the old new ones, I think). But I don’t think shipping is going to be much better from HLJ?

I ordered some of T-Rex products from Hobby Easy…
Reasonable prices and shipping.

Ok may have to give them a try thanks !

So I’m starting to assemble mine. Any tips from anyone who has done this already? I was hoping for a template but there is not one. I’m guessing just stick them to a piece of two sided tape and then slide in the pins but welcome any additional (and better insight) about how to…

Here are a couple of 15 link runs I’ve made. I think doing two 15 link runs in a session will be about as much as I can do. They are a little more fiddly than the Bronco tracks for the KV series because there isn’t a template to put them in until you have the pins in, and because they are brittle. They mostly don’t need cleanup but there are a few track segments that have something I would call flash on them. I thought a quick swipe with the sanding stick, but that just broke the link, so I’m flicking them off with my thumbnail. Some of the pins broke just shaking them out of their package. Still, they are quite nice. 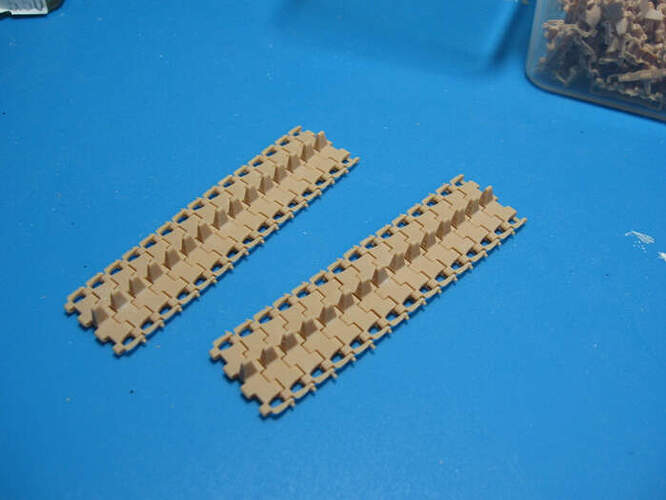 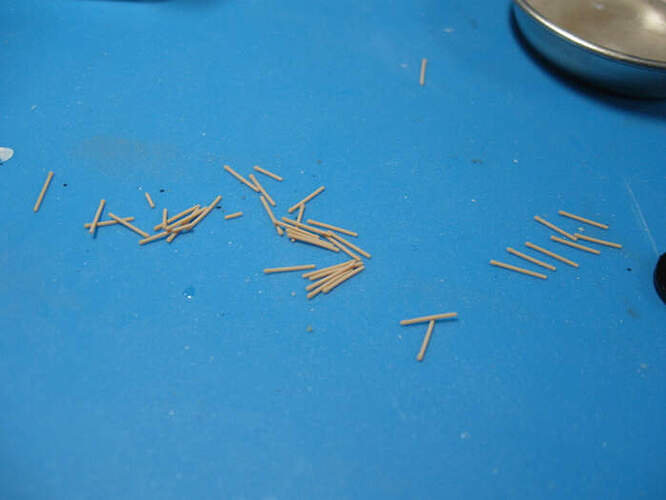 I forgot to add, these fit perfectly around the mini-art T-55 drive sprockets…

That there is no cleanup is a major advantage.

That’s great I’d like to get my hands on a few of them.