New for 2023, something for you Shermanaholics to get your attention. 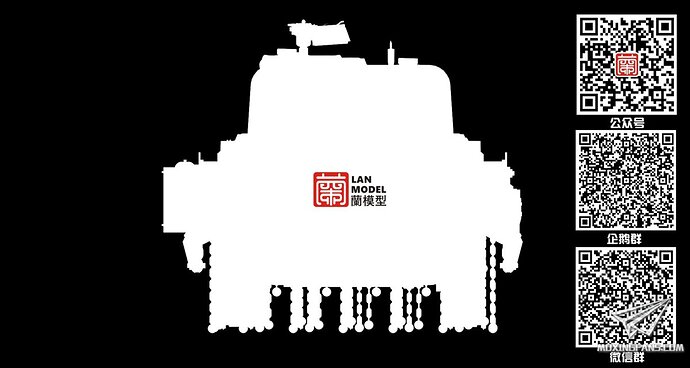 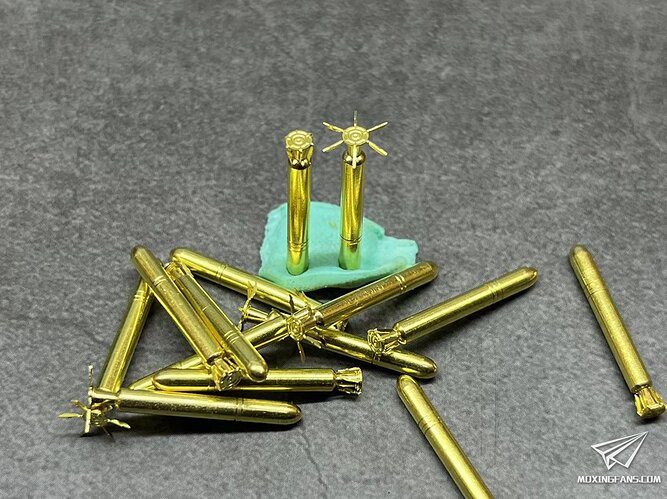 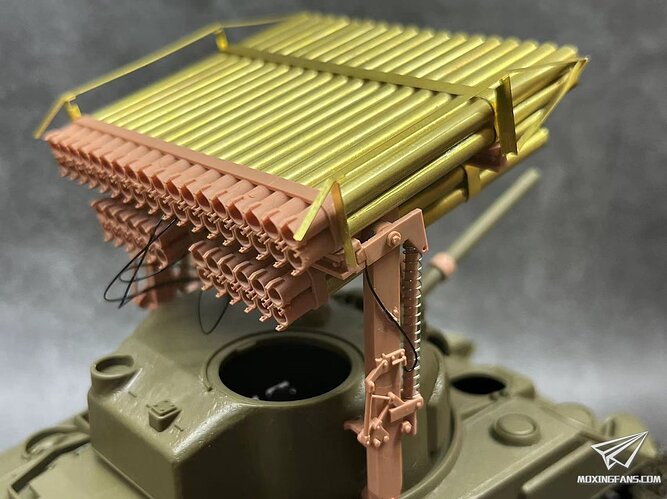 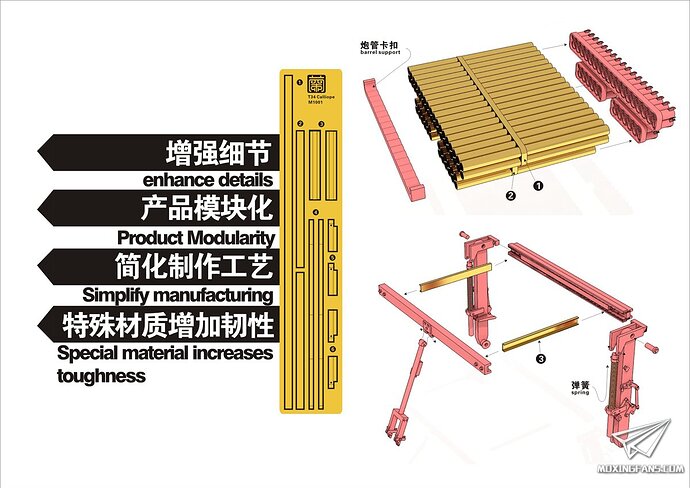 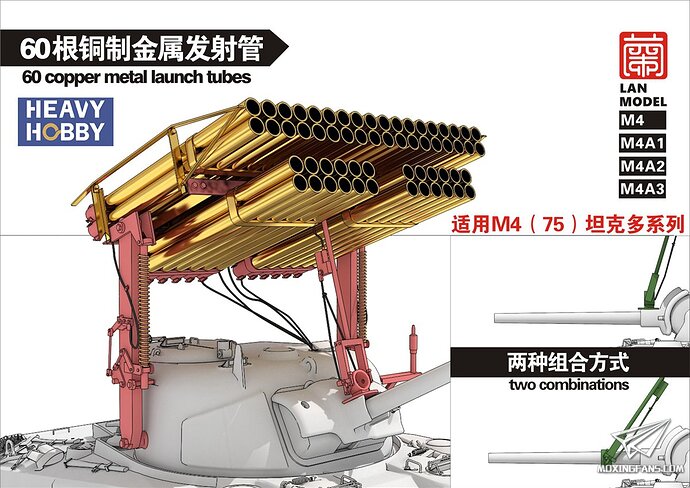 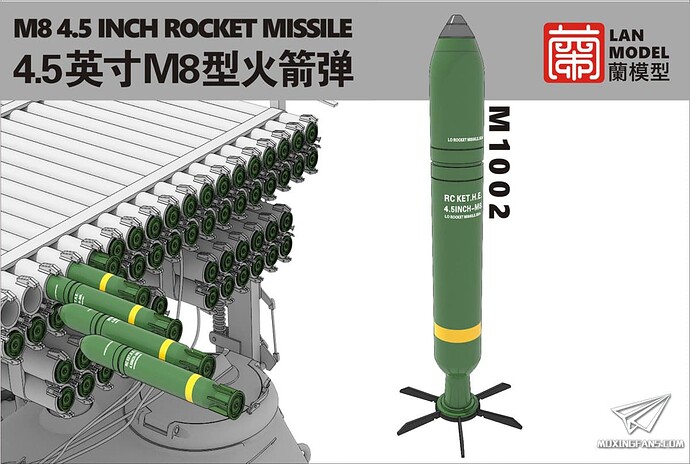 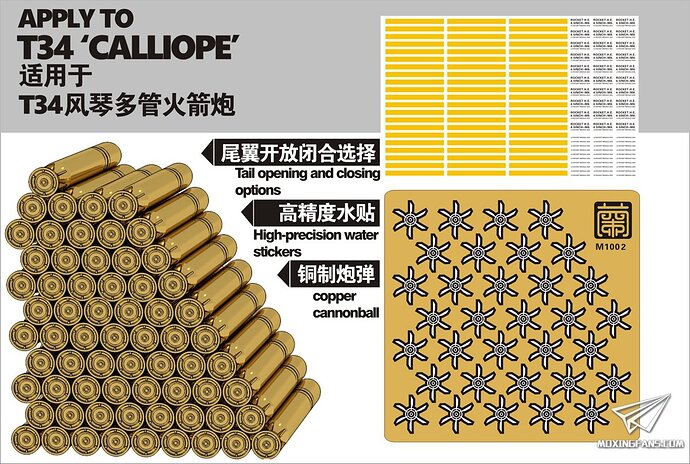 It looks very nice but like Erwin said, I bet your wallet is going to take a big hit

Oh wow. Not having to scratchbuild the tubes onto the old Italeri POS it will be worth the price of a kit. And a flail, too? Be still my heart. I’ll take the hit for both of these conversions. There’s always a good reason to build a new Sherman.

Expensive sure, but it will be worth it. These are the types of detail sets I appreciate, where the manufacturer has put thought into which materials would be best for each component - copper tubes, PE, 3D printing, turned metal, wire. The springs are a good attempt but the real Calliope had a much tighter spring so these are not the greatest. And the decals for the rockets are great, don’t think anyone has ever produced the markings.

Don’t forget that if you put this on a M4A3 you’ll need a deflector for the back deck.

The QR codes makes my hone want to install extra apps… So that is a dead end.

Please, I’m desperate to give them my money…

Oh you weak willed fools lol… It’s a trap set by your wives… Be warned !!!

I like the the Black and white picture! It looks like a Flail tank is coming out too! That would tickle my Interest.

can’t be much worse than buying the Verlinden kit from Dragon Hobby. He wants over $75, and it still needs a lot of work done to it. This one looks complete right out of the box
gary

If they did not supply full rounds in brass, just the ends that you would see, it would not cost the first child.

I’d be excited by the Crab if the flails were shackles, not chain as they appear to be in the silhouette. Probably no better than the Legend set or others out there.

What do you mean by shackles? While a few Crabs did use a “normal” style of link chain, the majority used something akin to roller or bicycle chain, although the links were simple plates bolted together, with every second “link” a single plate. Some had short lengths of standard chain at the end with a ball, others simply had multiple links/plates bolted together: 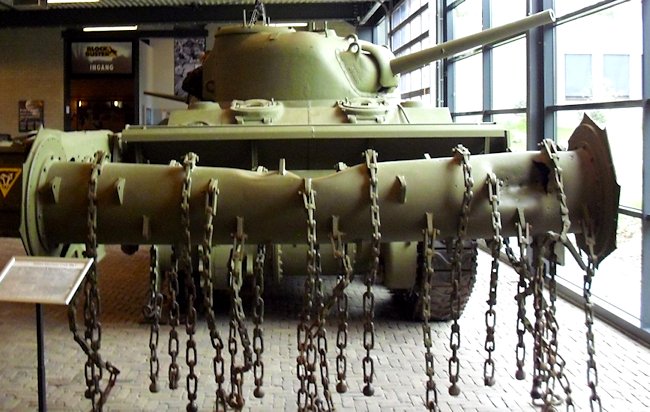 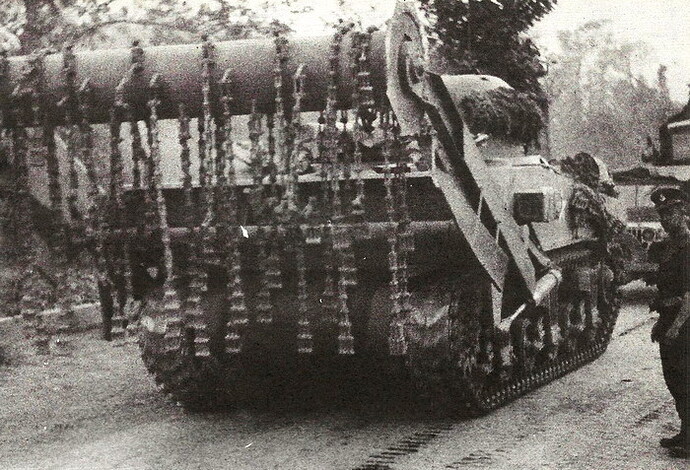 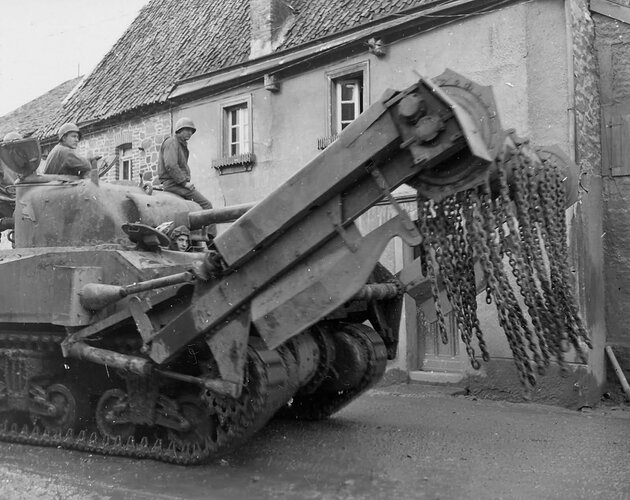 Given how the Calliope looks I hope they 3D print the chains to produce the more common plate/roller chain version, which is what the silhouette could be showing, just not very well.

That flail setup must of been bloody noisy …

even before hitting a mine …

The Toad featured one of the most powerful mine flails ever created. In 1954, It was one of the last Churchill variants to enter service.

Text borrowed from Accurate Armours product description:
"The TOAD was a converted Churchill Mk-7 Infantry tank with an armoured superstructure (140mm thick at the front) containing the 2-man crew and a Meteor V12 tank engine just to power the flail drum. The exhausts came out on the top deck (with NO silencers!) "

What do you mean by shackles?

If you look closer you will see sections made up of shackles with loops or flat bar in between: 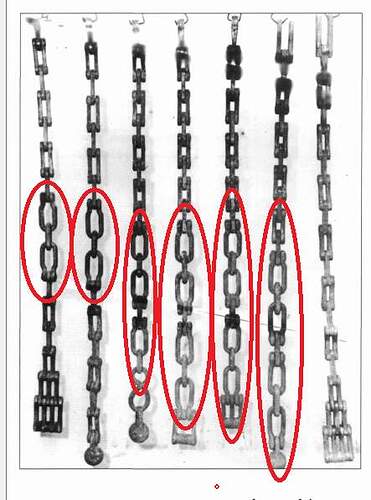 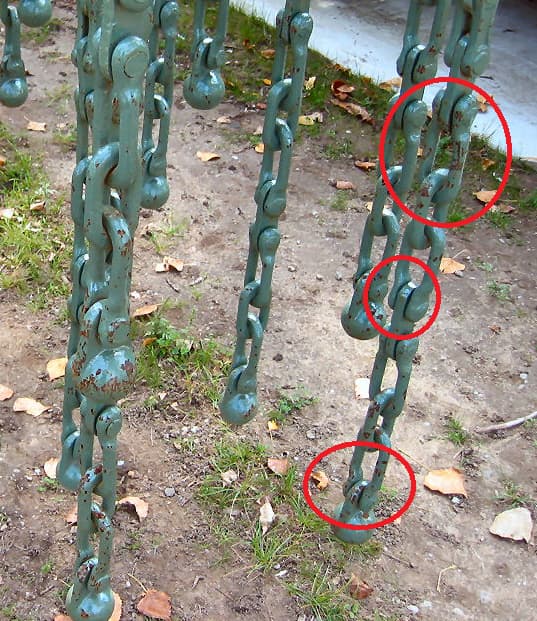 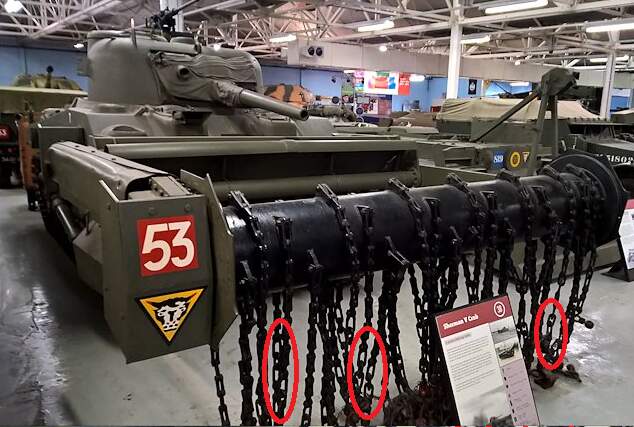 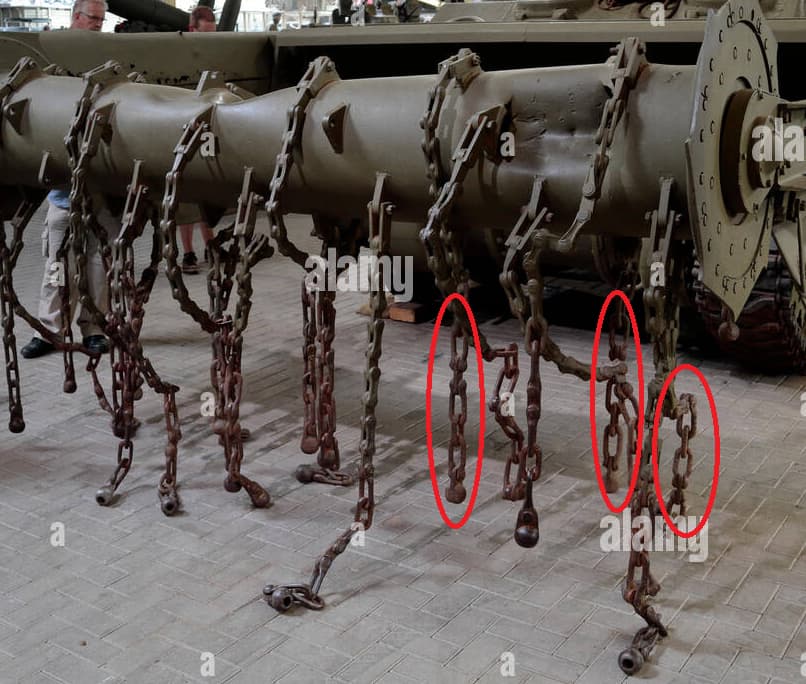 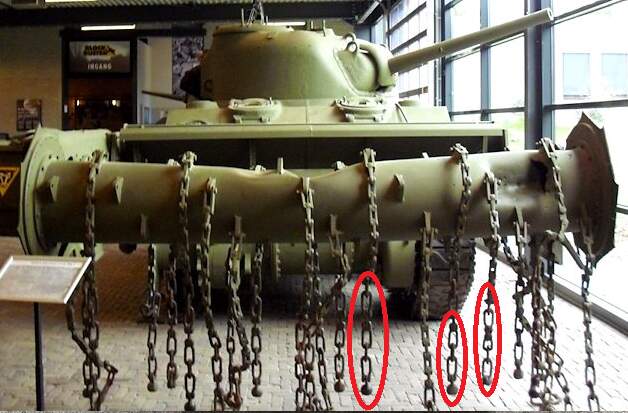 The point I was making was most manufacturers just give you chain.

…and the only surviving one is in the Australian Armour and Artillery Museum Cairns (ex-Littlefield): 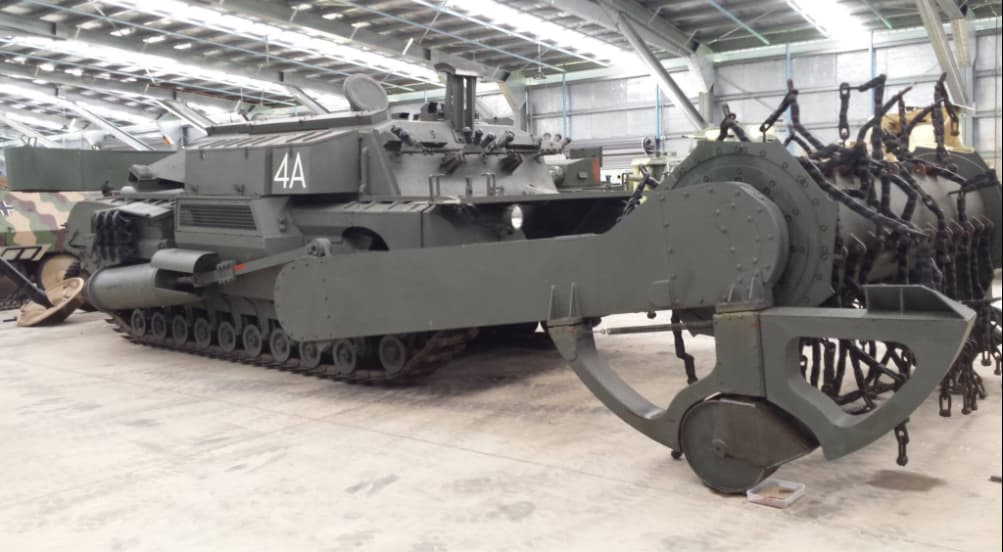