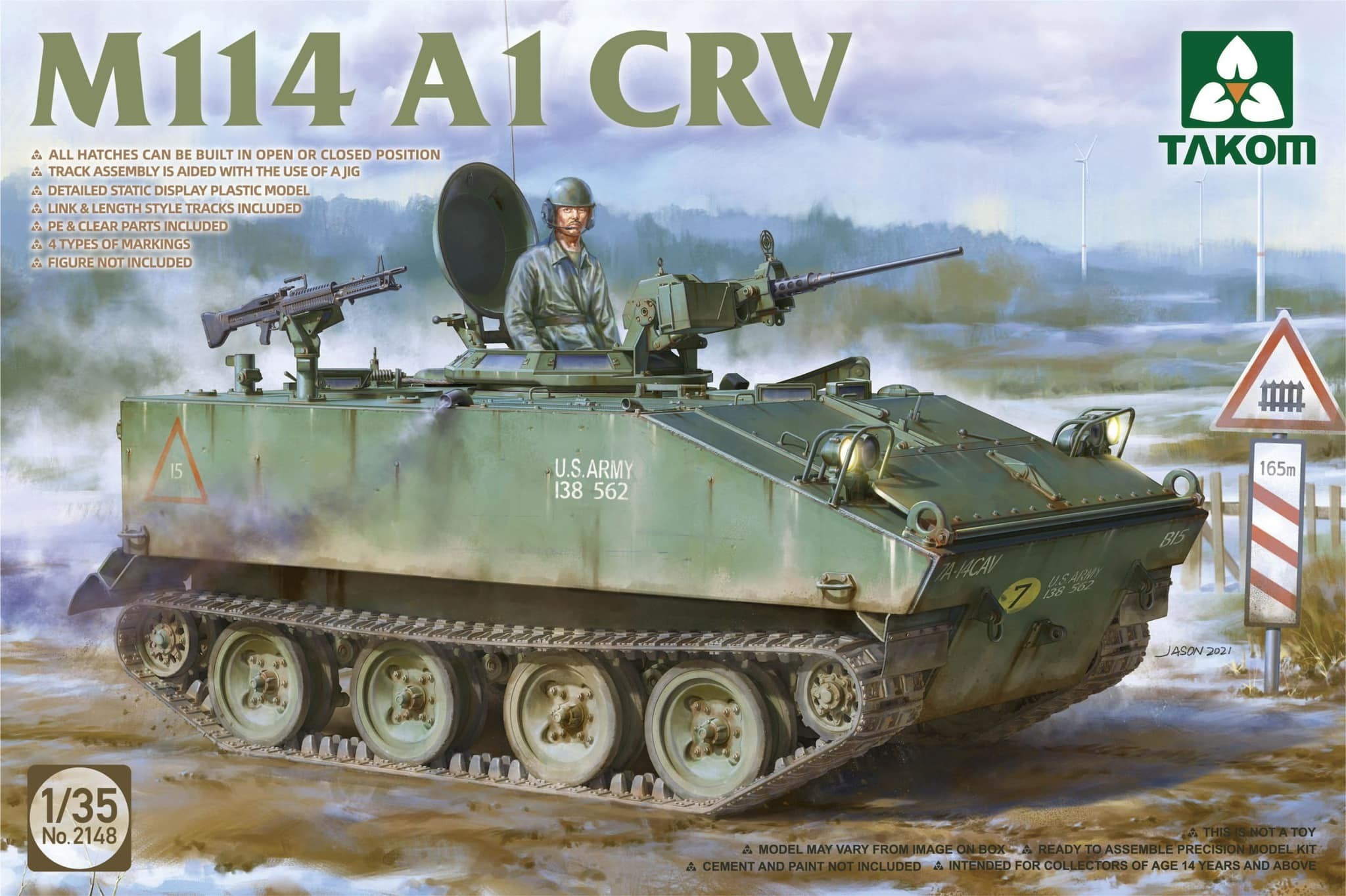 They look pretty nice. It looks like no interiors though. Too bad, they are pretty simple and would have been easy to include. More opportunity for scratch-building. They were similar to an M113 interior, so that could be a good starting point.

Didn´t I told you? That MASSTER camo one is on my stash a.s.a.p…

Must be getting closer then!!

Shouldn’t the header be…cavalry reconnaissance vehicle? They were before my time, but when I was a platoon leader, my platoon sergeant said how he hated the vehicle, mainly because it was underpowered and, with the 20mm cannon, overgunned.

They saw some action in the Outbreak movie 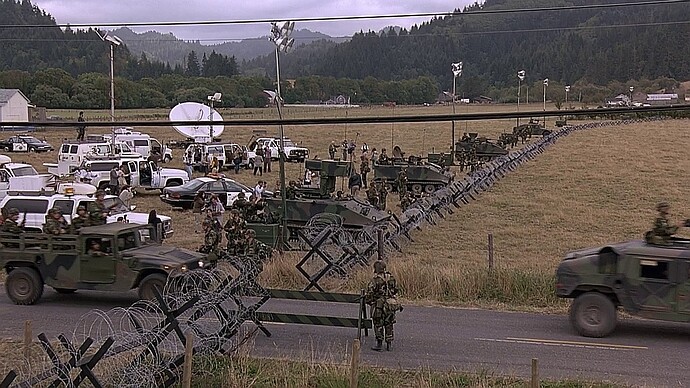 Ugh!!! Trying to reduce my stash, this isn’t making it easier!

One of each for me!

Well that figures, after sitting in my stash for a few years I finally built the AA Vietnam version but botched the road wheels configuration and so put it to the side until . . . might have to make a Frankenversion when the Takom kit comes out

Their official designation was M114 Command and Reconnaissance Vehicle - CRV.

Definitely getting the M114A1E1. Maybe both. I have the Accurate Armour A1E1 but there were parts missing (drive sprockets, 20mm barrel). Maybe I’ll bash the two together to finally build one.

M114 hulk in MASSTER as target at Illesheim airfield range. Seen back in 1993! 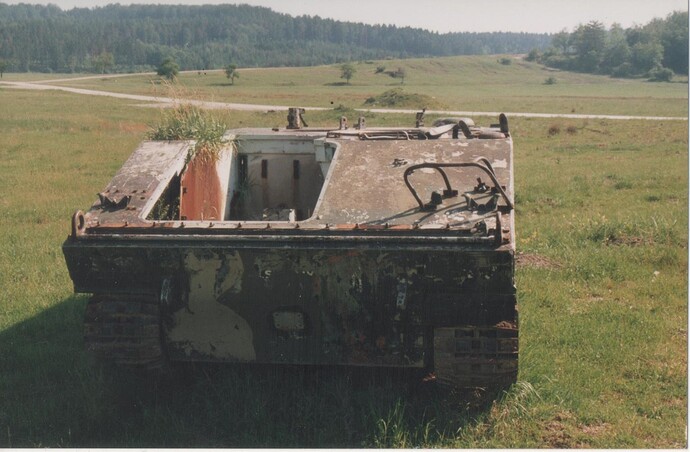 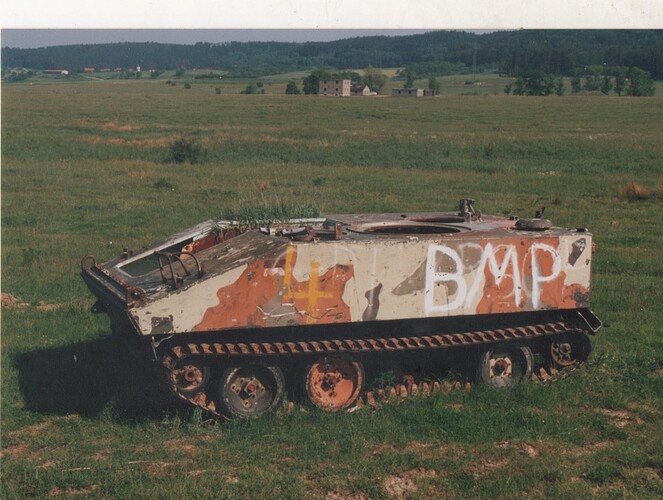 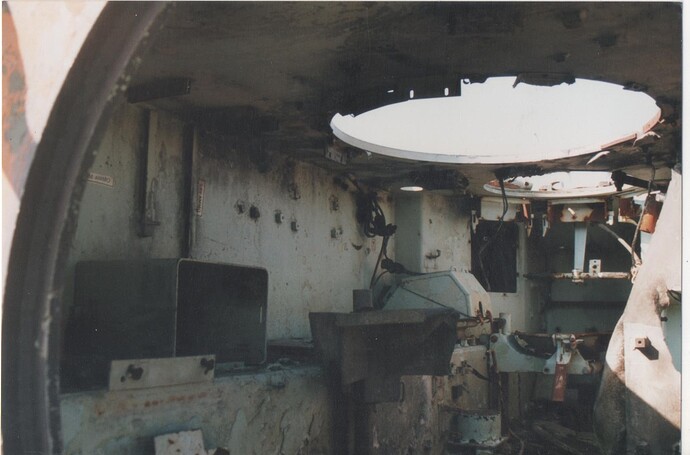 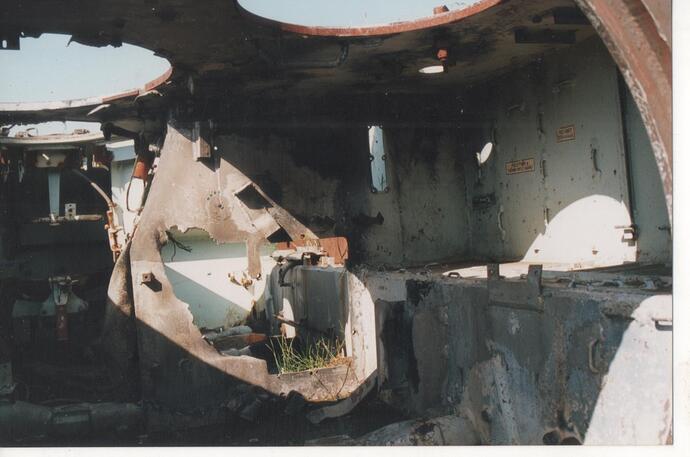 M114 operational shots and a walkaround on a restored track.
https://www.eaglehorse.org/home_station/hidden_stories/60s/m114/m114.htm

They look pretty nice. It looks like no interiors though. Too bad, they are pretty simple and would have been easy to include.

I would hold off making assumptions for now.

This certainly takes one out from many people’s forever 1/35 wish list!
Yay! I’ll be adding each one to my stash.

Yes, another armored vehicle of the Vietnam war to add to my yet to be build stash! Great, thanks Takom!!!

Looks like a non-functional mockup here on the left side of the picture. 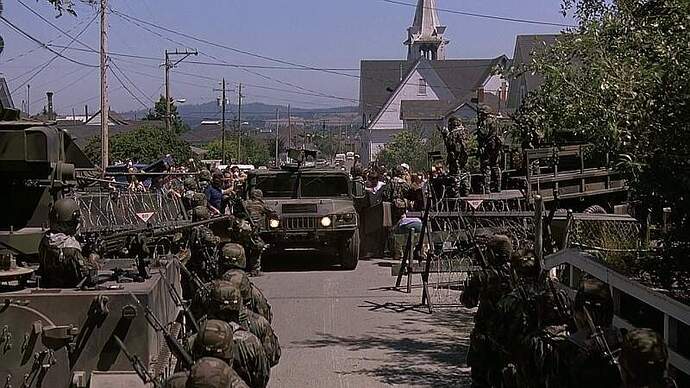 Yeah, they have appeared in a few movies. Dragnet and Die Hard come to mind where they are used as police “SWAT” vehicles.