I’ve been coveting this kit for a while now because it represents what I’m sure is the vehicle, and subsequently the unit with the single shortest official service life in the history of the Canadian Army.

Despite wearing the markings of the Royal Marines, this vehicle is actually in the service of the 1st Canadian Centaur Battery, RCA.

Mark Tonner has compiled a quite well documented history in this article so I’ll spare you my ramblings and humbly ask that you go pay a visit. It’s a pretty unique story.

The kit it self was an absolute pleasure to build in typical Tamiya fashion. It’s OOB except for the rear deck stowage from Black Dog and my first go at some home made hessian nets. I also replaced grab handles where I could with some wire. Even the vinyl tracks don’t look half bad.

I decided to build things buttoned up as although the kit came with two decent looking figures, there’s zero interior to speak of other than a simple breach assembly. So I’ll save the bodies for another project.

Painted in a Tamiya/AK home brew SSC 2 mix courtesy Mike Starmer, though I think in the end I made it a tad darker than I’d have liked.

Forgive my utter lack of photography skills. My paint booth is doing double duty tonight. I’m also blaming it for the shine because in real life she’s dead flat. 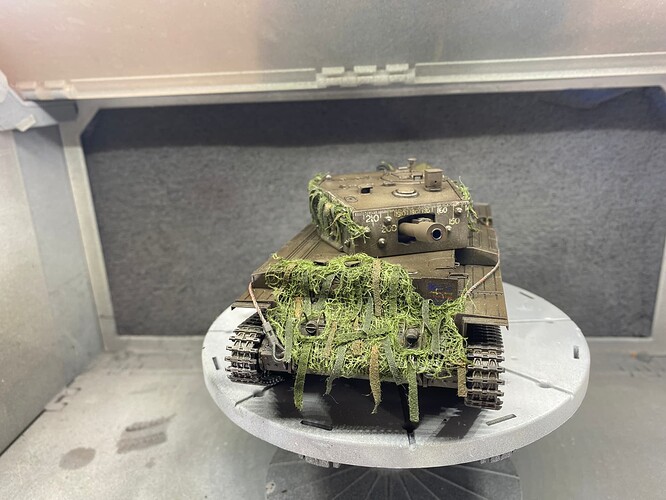 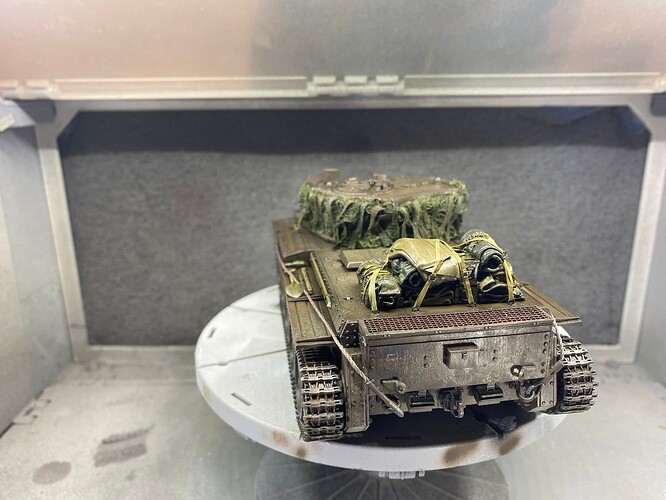 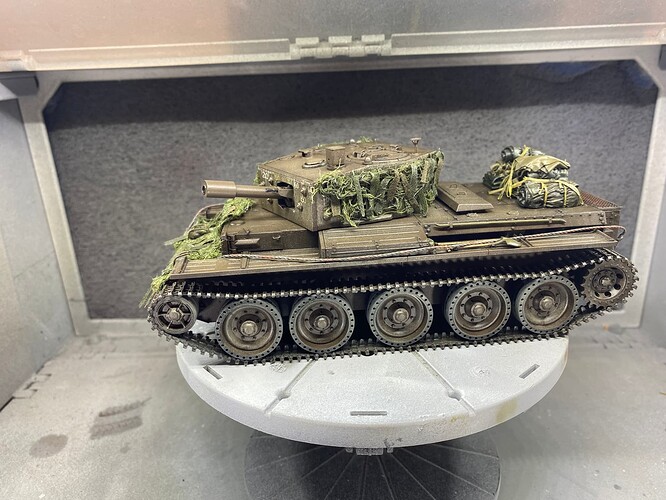 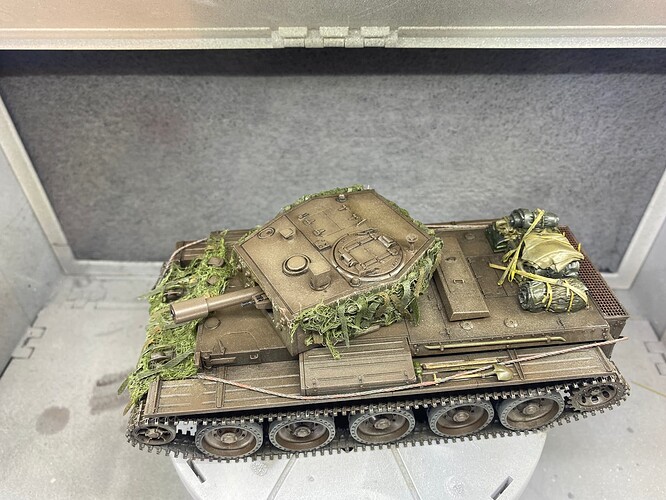 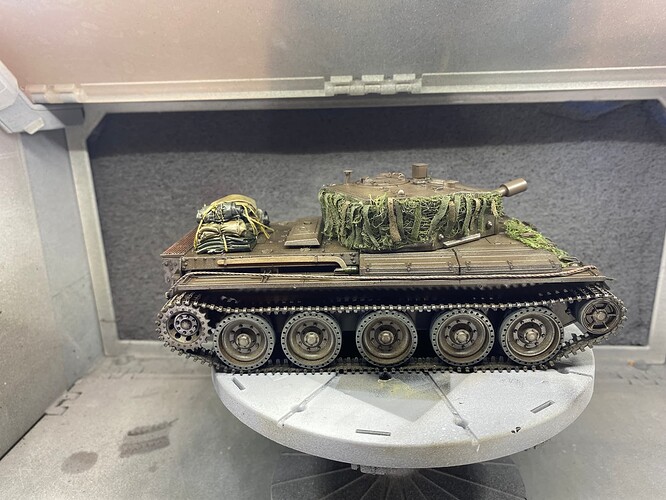 Looks great!
I love the color variation and how the Hessian nets look! Very in-scale.

Darn it! A Canadian centaur!? How did you know I always wanted an excuse to make one??

It looks amazing! I can’t even distinguish those vinyl tracks from Indy links, and the hessian looks fantastic! Truly a model to be proud of. Got any tips on how to make the netting?

I can’t remember if I found the article or the model first, but this has been on my list for ages and Wheels and Wings finally got one in stock.

I was toying around with a more “what if” livery, where it’d be properly marked as a Canadian vehicle, but by sticking with the stock markings it’s a double unicorn. The Centaur is also the only tank ever operated by the Royal Marines.

All info on netting can be found here.

Anyone have any tips or tricks for making British/Commonwealth camo nets? I’ve been trying to work from this article on Missing Lynx but it’s not super detailed on the instruction front and I’m not really loving the results I’m getting. http://www.missing-lynx.com/articles/britain/emhess/hessian.htm

I ended up using the pocket liner from some old jeans. It didn’t occur to me until yesterday, but I might try strips of newsprint next time. The jeans have a cool texture but they need some work to drape properly. The netting is from Wee Friends. Ive been using medical gauze for netting until now and bought it just to see what it was like. It’s slightly sturdier than the gauze, and it’s nice that it’s green, but for the price I’m gonna stick with the gauze in the future. Dying it isn’t that big a hassle.

Great work Don, I think you’ve got the color tone spot-on. Nice work on the hessian and the stowage on the rear, all tied down well.

Definitely not too dark Don 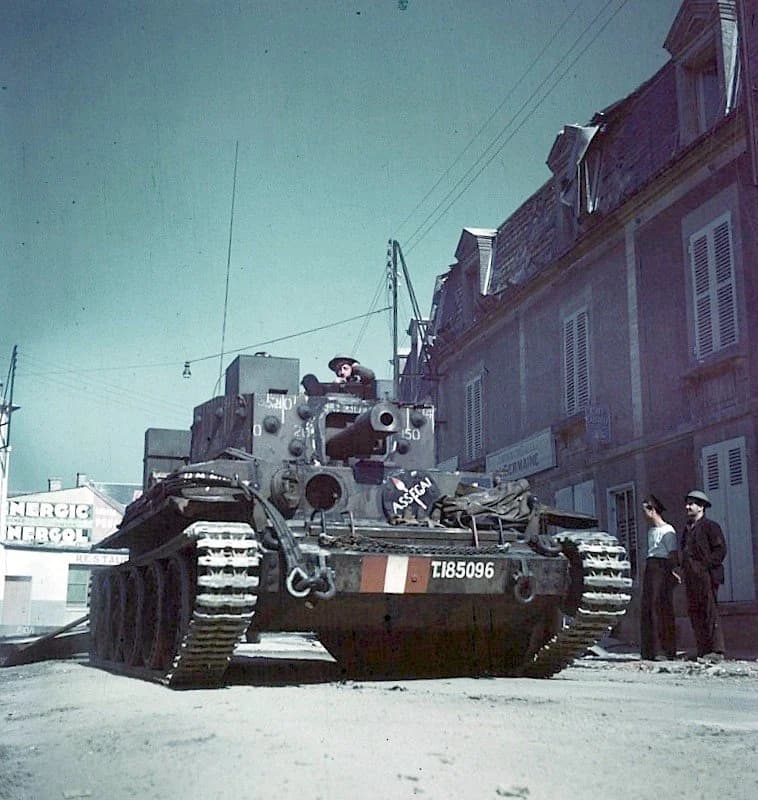 Don that Hessian netting is awesome. I think the SCC2 is right on. Looks fantastic. I really like the tie downs in the back. The tracks look like Fruils - great effect there. Overall a very nice model with a great back story.