Tamiya Challenger 1 - how bad is it?

Staying on the British subject, some one mentioned that Tamiyas Challenger 1 kit is based on a prototype. Are there a lot of changes to be made to build a serial vehicle?

It is?
I’ll be following this one…

Along for the ride, sounds like an excellent topic.

This one came out in 1986 after the tank had been in service about three years. Tamiya took time they should have gotten it mostly correct, I’d think. 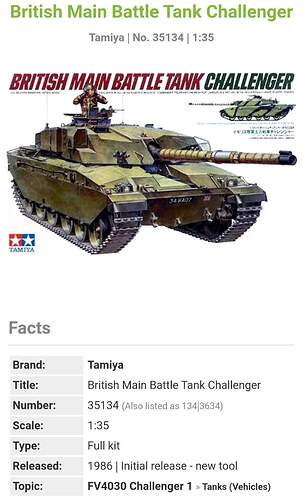 This revised one the Mk 3 came out quickly in 1992 after the Mk 3 was in the First Gulf War. 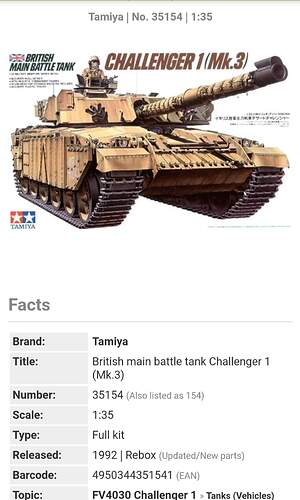 FWIW
The 1992 kit, Tamiya #35154 Challenger 1 Mk3’s, I built went together well enough, no serious issues as a Out of The Box build. The kit seemed to follow quickly on the heels of the First Gulf War. I wouldn’t be surprised at all if there are inaccuracies. I’m not up on the details to comment.

This may help with a build. 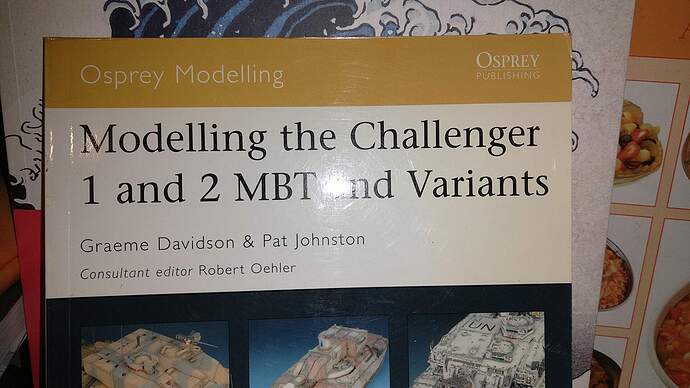 The asymmetrical glacis armor seen on the kit was replaced after the first 18 vehicles or so with a symmetrical panel (i.e. wider on the left side to match the right). The turret bustle stowage box was totally redesigned, so the hinges were reversed and it opened in the opposite direction. The shape changed a bit, too. If scratch building a replacement doesn’t appeal, cover it with stowage and let it go.
The crenellated reinforcements on the armor joints on the turret are missing, but can be made up from styrene strip. The Challenger 1 Mk3 kit has all the original parts, but adds the supplementary armor and revised exhaust vents. The sit of the chassis was variable on the real vehicle due to the hydro-pneumatic suspension. When it heated up, the tank would sit higher. The Tamiya kit has some play in the suspension arms, so you can adjust this to suit your taste. You can judge by how much of the wheel hub shows under the side skirts.
I don’t recommend the Osprey book. Some of the recommended fixes are wrong. There are numerous photo walk arounds online to use as first hand references, so you can make your own decisions.

there are 2 divets located either side of the drivers hatch that need to filled. the rear deck behind the commanders hatch on the turret as well. I covered it with an aerial identification panel when I built mine.

there are some other areas at the front of the turret, particularly to the left of the gun barrel that are missing but can be fixed with plastic card.

this is just off of the top of my head.

someone more knowledgeable than I will be along in a while I would imagine. 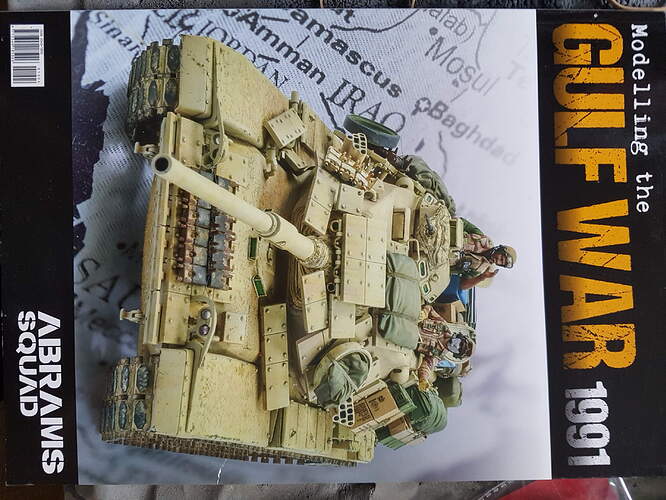 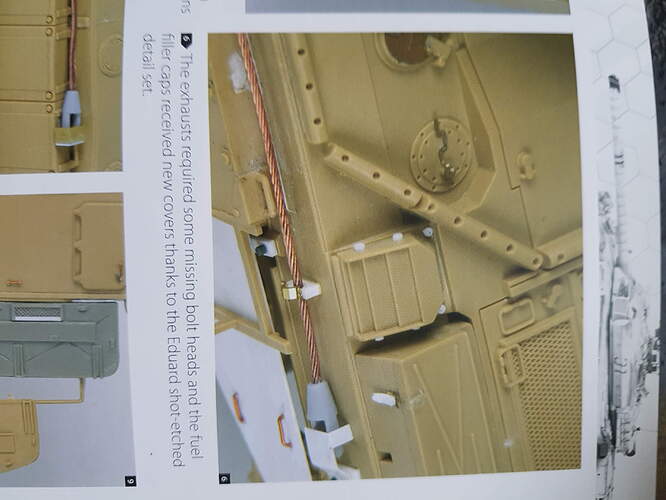 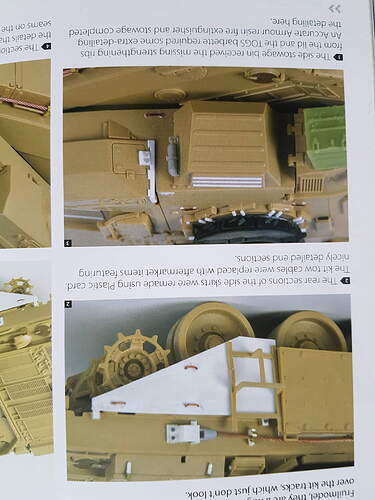 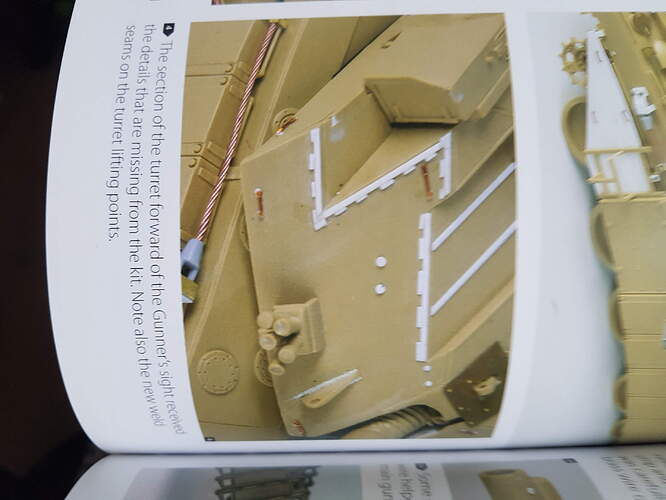 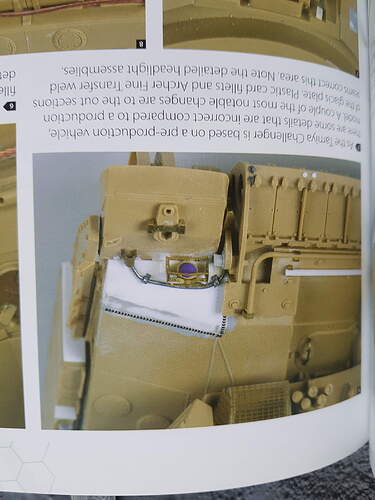 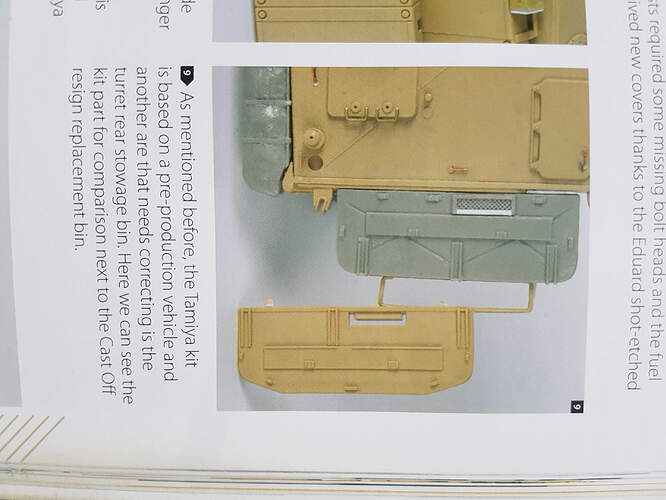 Interesting that after all the other work they did in the images in that magazine, that they left the side armour panels untouched. That is one one of the biggest issues for that version.

@Klaus-Adler David thanks for that info! Be sure and get your commission for selling some copies of Abrams Squad. Mine is on order!

Don’t want to hijack the thread but I done one of these last year it’s a nice kit but I updated it with e few scratch items added. 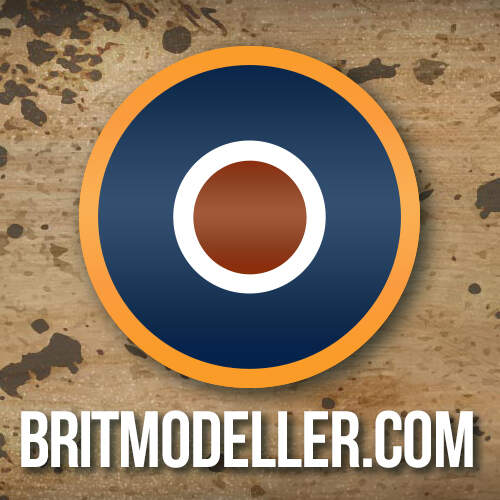 Hi guys, after my stolly adventure back to the plastic! Tamiya Chally 1 mostly OOB with a few mods. Here we go, a bit of track bashing to start. basic hull done with anti slip added,most of the extra work will be on the turret. cheers Ivan

Hope you get a few ideas

My Warrior got finished, after a lot of scratchbuilding and corrections, then got thrown out after 10 years, when the tracks shrank and ripped off the front road wheel torsion bars. Love the vehicle, hate that kit. I now have a Meng one to do.

That’s terrible sorry to hear that happened. It’s not the first story along those lines. Similar happened to a friend’s Academy Warrior.

Ten years? Is that all?

Fifteen + years required for Shelf Queen status in Edawf-Fub’s hobby room. Four shelf of shame projects are over 20+ years old and one them is pushing 27+ years

Ten years? Is that all?

This was my attempt at upgrading the Challenger 1 Mk 3 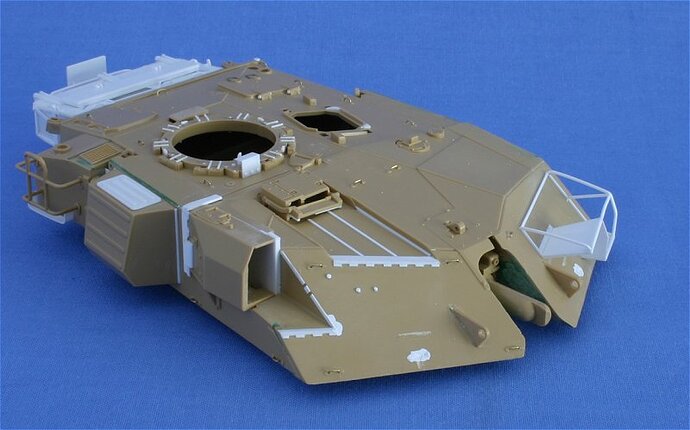 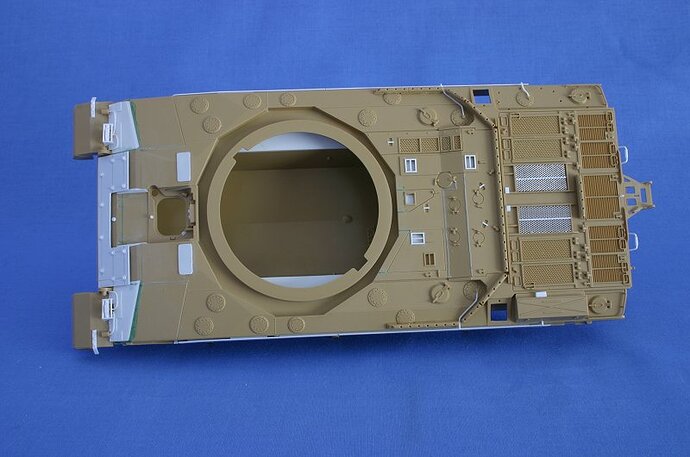 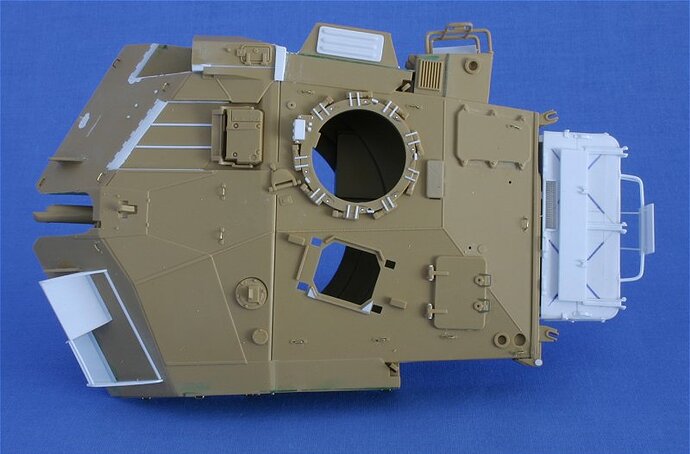 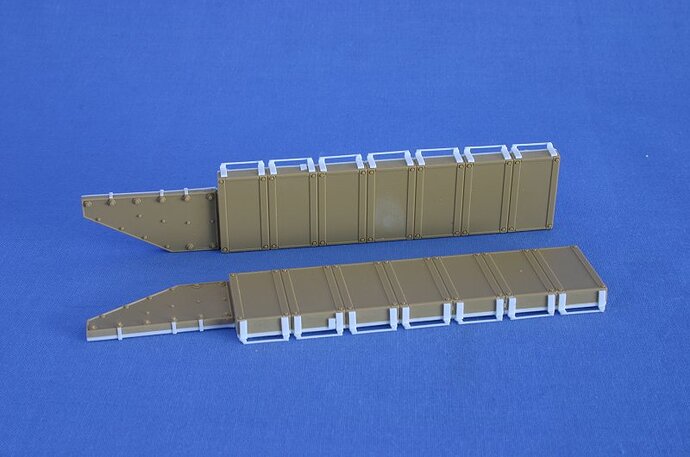 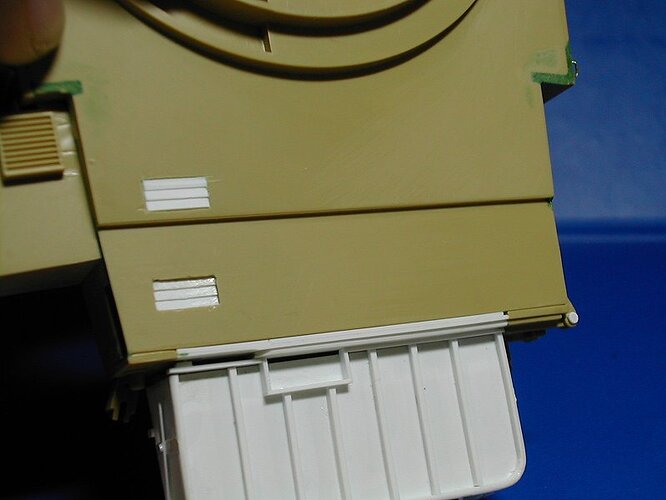 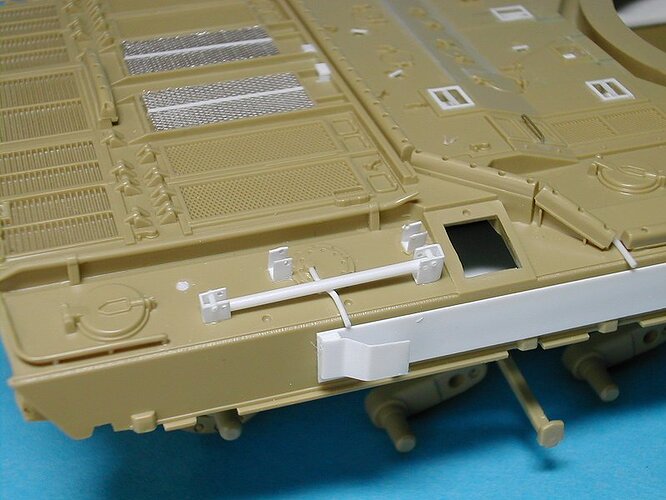 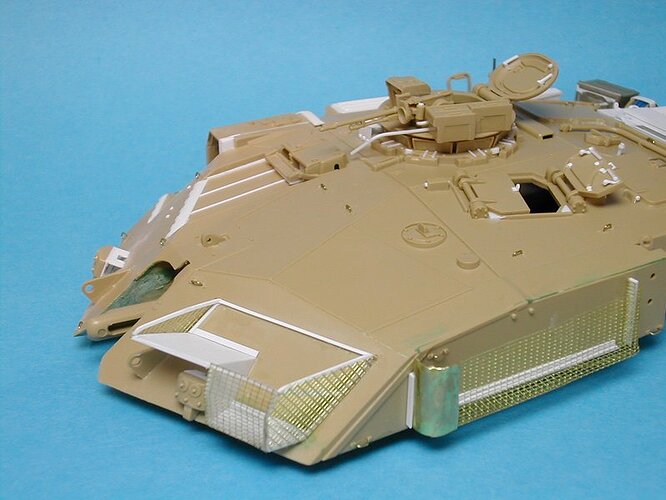 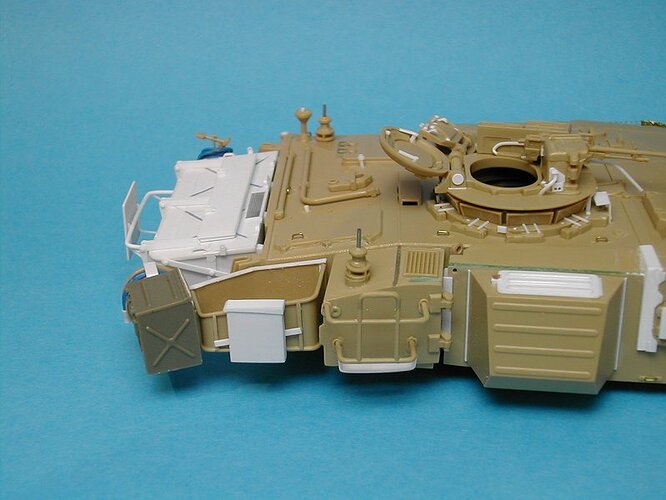 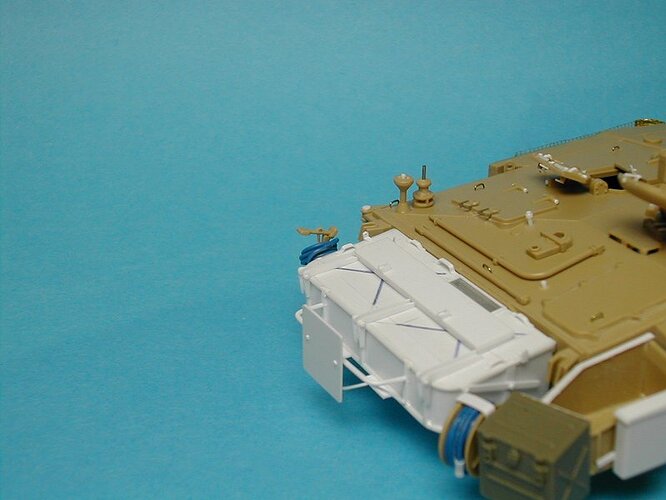 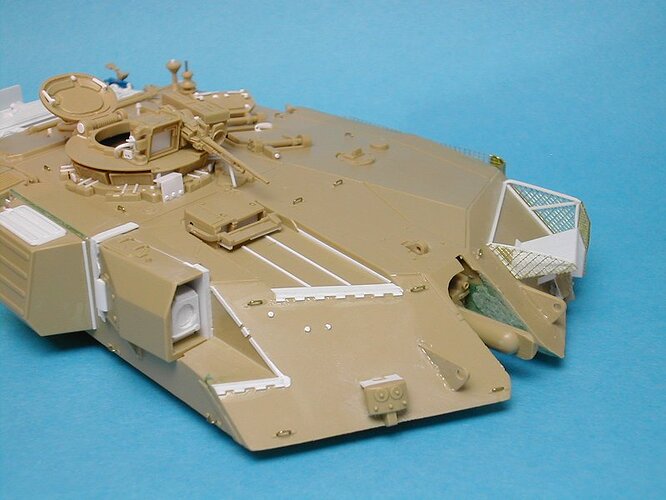 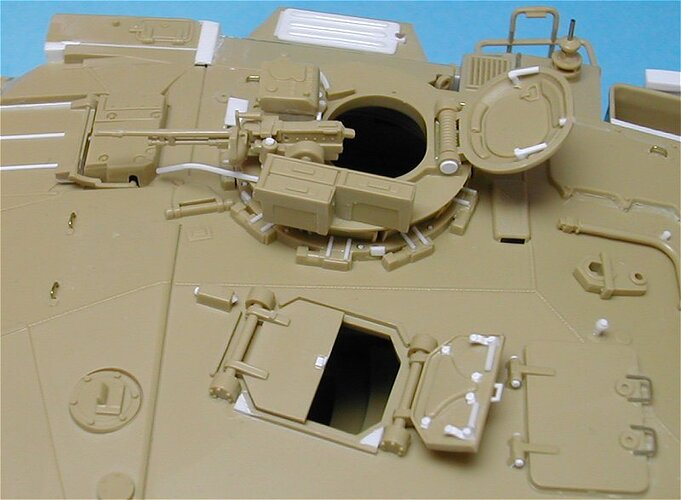 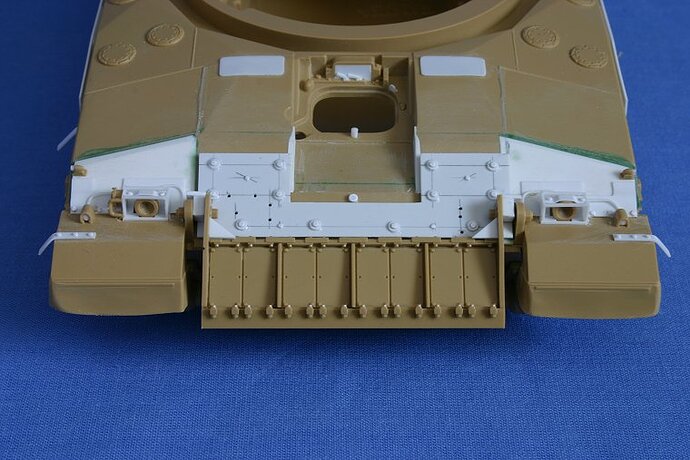 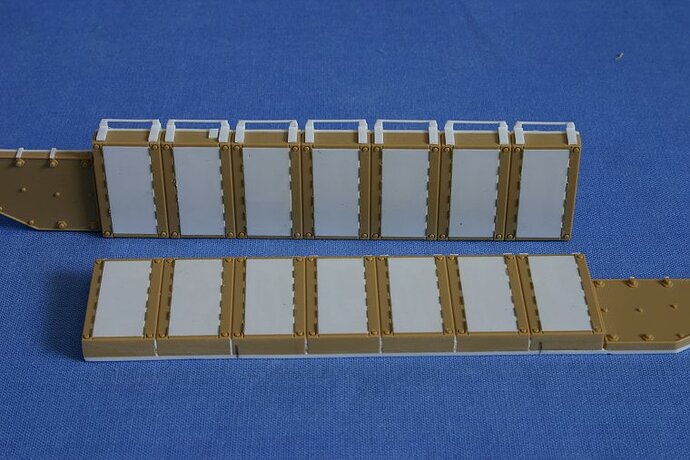 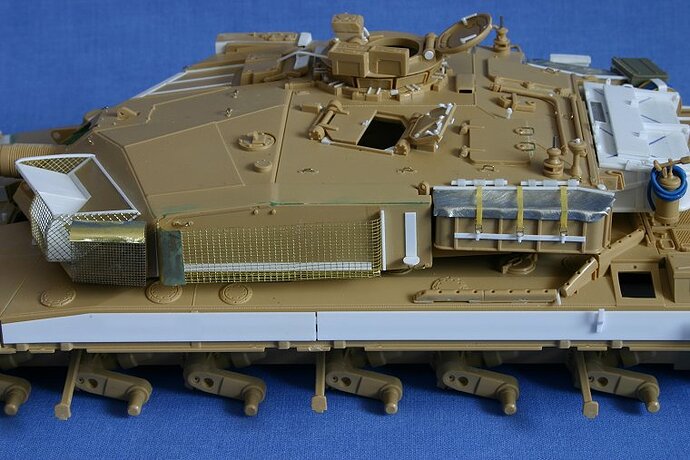 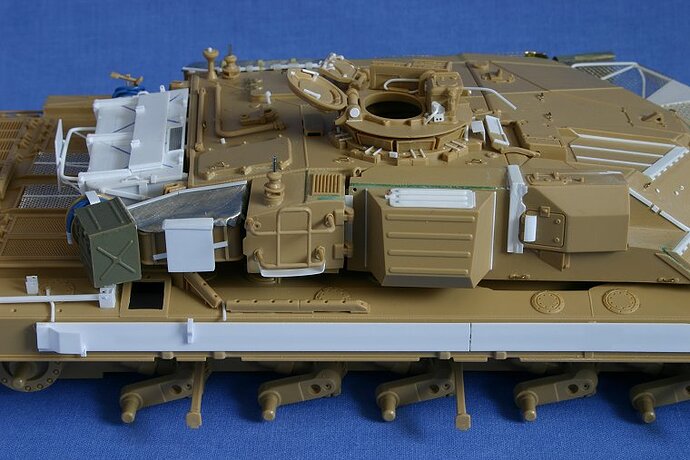 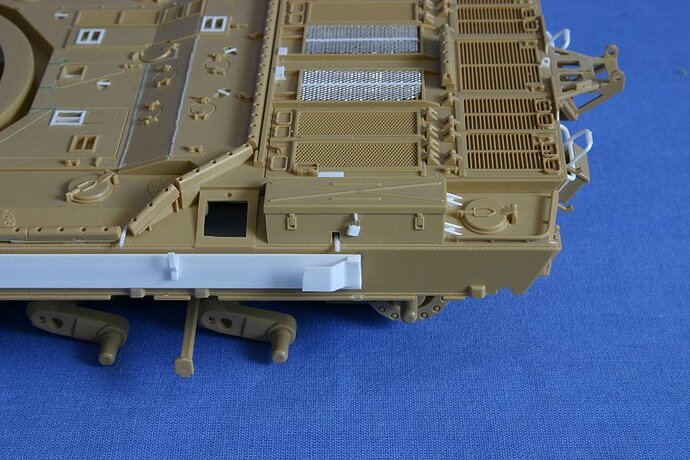 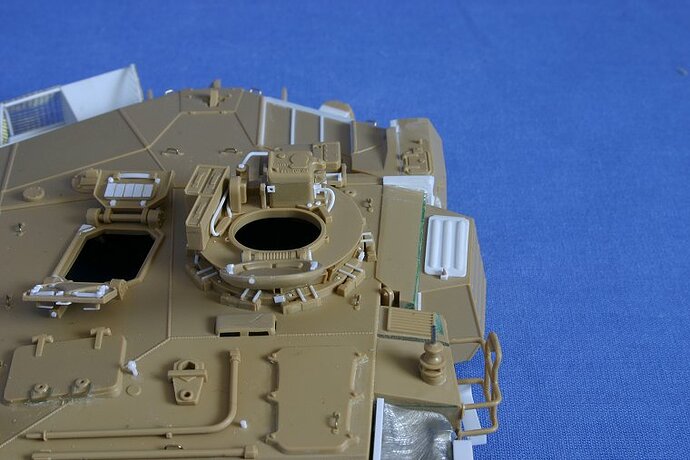 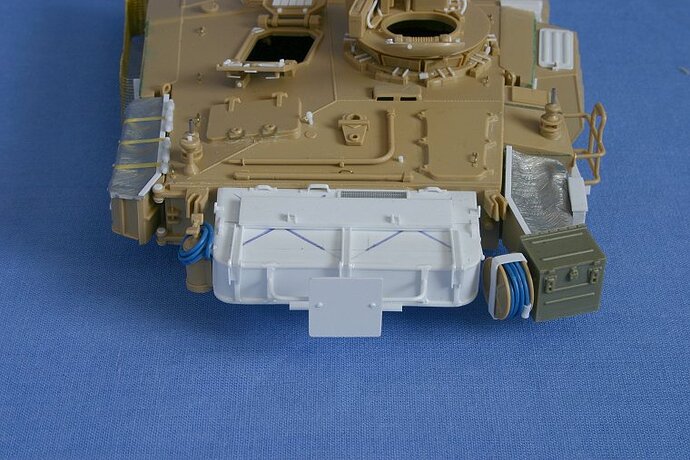 Loved the build and welcome to the forums!

Do you think you can post some pics of the awesome looking vehicle in Berlin Brigade colors? It looks great in your overall photo!

@Jacko464 Welcome to the forum Ivan!

As mentioned earlier outstanding work on the Challenger. Would be delighted to see more of your work.