Just to exemplify the Chally with both types of wheels piece: 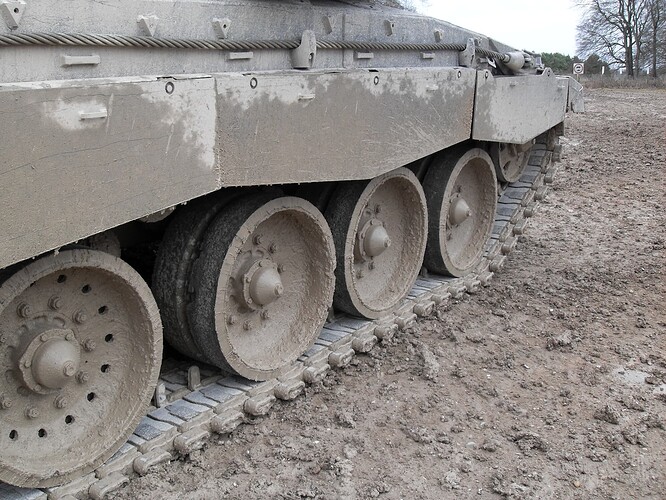 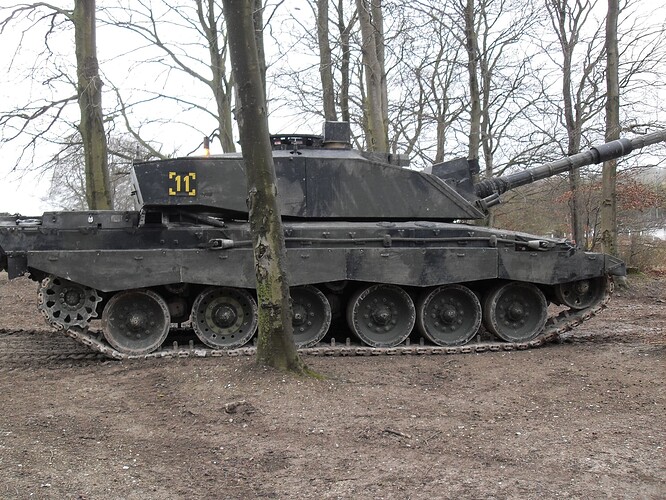 Cool! I seem to remember reading somewhere that Trumpy had revised the wheels in one of their kits, have to dig that up. I also was perusing a review of the Trump kit on BritModeller, bad juju, but upon checking the kit I have I can see it’s been re-tooled to correct some obvious mistakes, so I guess that’s good.
I’ve got a couple to paint and weather, then I’m pretty sure the Trump Ch2 is next. The pic above is pretty much what I want to model.

Thats what had always put me off the Trumpy kits, bad press … would be interested in some images of the box and sprues if you ever get the chance. Its good if they have made good some of the issues and its a workable kit now.

I seem to remember reading somewhere that Trumpy had revised the wheels in one of their kits, have to dig that up.

The corrected wheels appear in the Airfix boxing of the Trumpy kit, so they must appear in some of the Trumpy-branded versions. Will they simply replace the tooling in their older kits without marking them to make it obvious? Or will it be buyer-roulette as to what’s in the box?

I can actually do that, take sprue shots and such, and since I also have the Tamiya kit, some side-by-sides of the areas pointed out in the review I found.
Airfix issue not seen here, interesting.

That would be great Russ, cheers. It will be interesting to see what things like the engine deck detailing is like as I dont think the trumpy kit comes with PE screens.

I can only underline the comments made by others.

Thanks Marc, I appreciate it.
Johnny, I’ll get to it in a bit, and you’re right, no PE in the Trump kit, and as far as I can tell, no AM either. I do have the Tamiya PE engine screens, so I can test fit those on the Trumpy hull as well.

Russel, just a slight warning - though I’ve no idea what wheels the latest Trumpeter kits provide - but if you wish to mix and match the wheels ie perforated and solid, then you may end up purchasing Accurate Armour wheels, as I did; however, they were a different diameter to the kit (solid) wheels so I then had to acquire more AA wheels but the solid versions. A tad frustrating.

(Still haven’t finished it either)

I’ll most likely stick with the kit wheels. If I want to build a later tank I expect I’ll plop down the dough for the RFM kit. I really don’t think the Trump kit is worth the expenditure of a set of AA wheels, odd to hear from someone who just used two sets of Friuls on what many consider a couple of “old” kits, I know.
I hope to get the Trump kit started soon, and I’ll do the side-by-side shots with the Tamiya kit then.